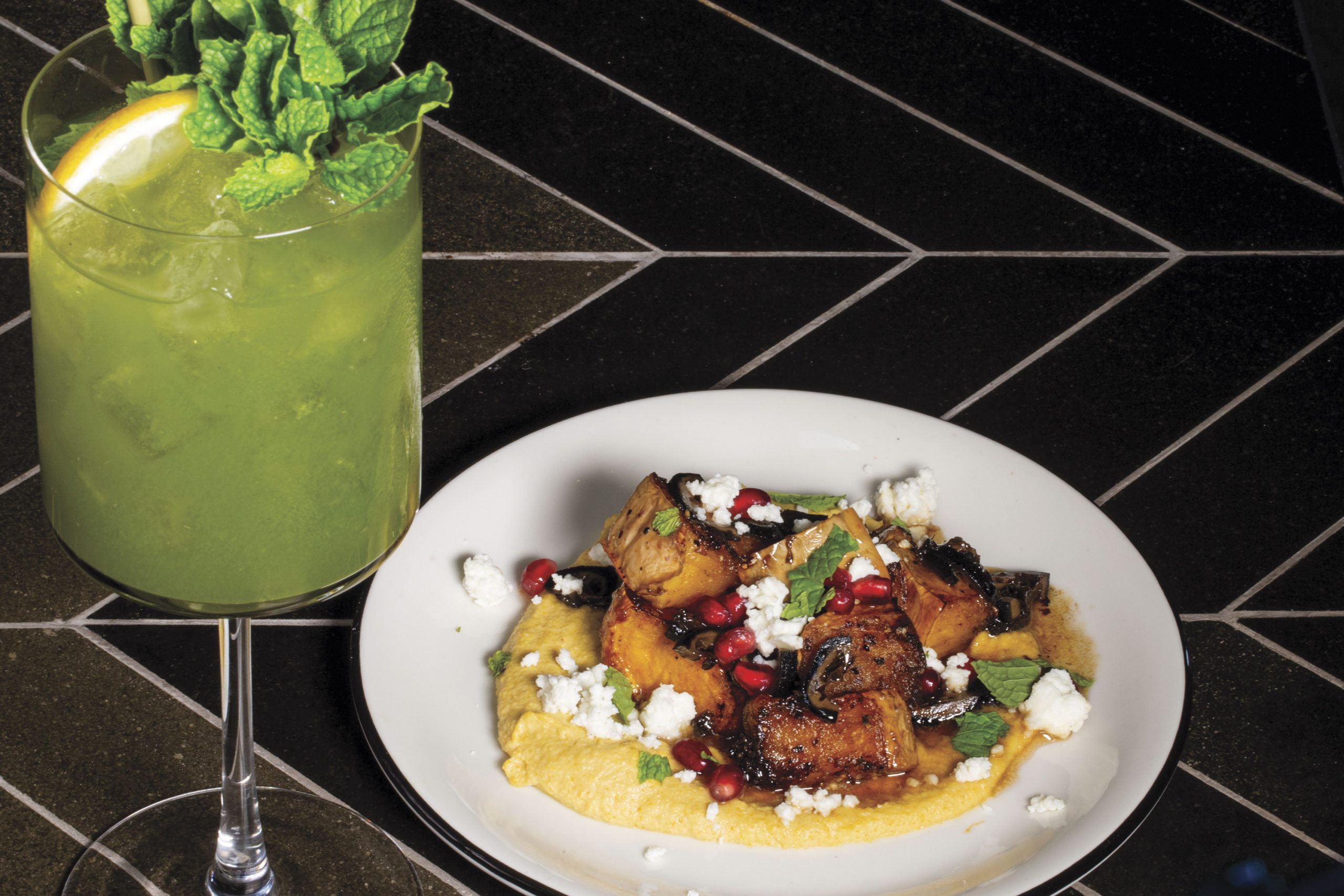 Yes, this archly macabre vegetarian restaurant on Roosevelt Row is to die for.

Sin Muerte, which means “without death,” is the funny, apropos name for the pitch-dark and vaguely Gothic vegan/vegetarian restaurant that recently opened in a 1937 Mission-style building on the southern fringes of Roosevelt Row. Obviously, the moniker suggests that eating healthfully will stave off the inevitable, but what makes the joke a little richer is that the old building formerly housed a funeral home. And while stained-glass windows and wooden pews bring church to mind, the spooky vibe evokes Dracula, not the dearly beloved, laid out in a coffin.

Owners Michael Babcock, Paul Waxman and Robert Cissell of Instrumental Hospitality (the crew behind Southeast Asian-inspired Belly) neatly sidestep every deprivation-based cliché associated with vegetarianism, including black bean burgers and faux chicken. Together Babcock and chef Vince Mellody (who owned Bri on Seventh Street until it closed during the pandemic) have created a menu that celebrates vegan-vegetarian ingredients and preparations found in places that share roughly the same latitude with Phoenix. One dish might invoke India, another Mexico, a third France and the Mediterranean.

Virtuous dining doesn’t preclude drinking, however. A handsome bar, embellished with carved wood, dispenses fun cocktails such as the refreshing pisco-based Green Drink, loaded with herbs and veggies, and the rye-based Deja-Brew, aromatic with baking spices and perfect as an after-dinner sipper. 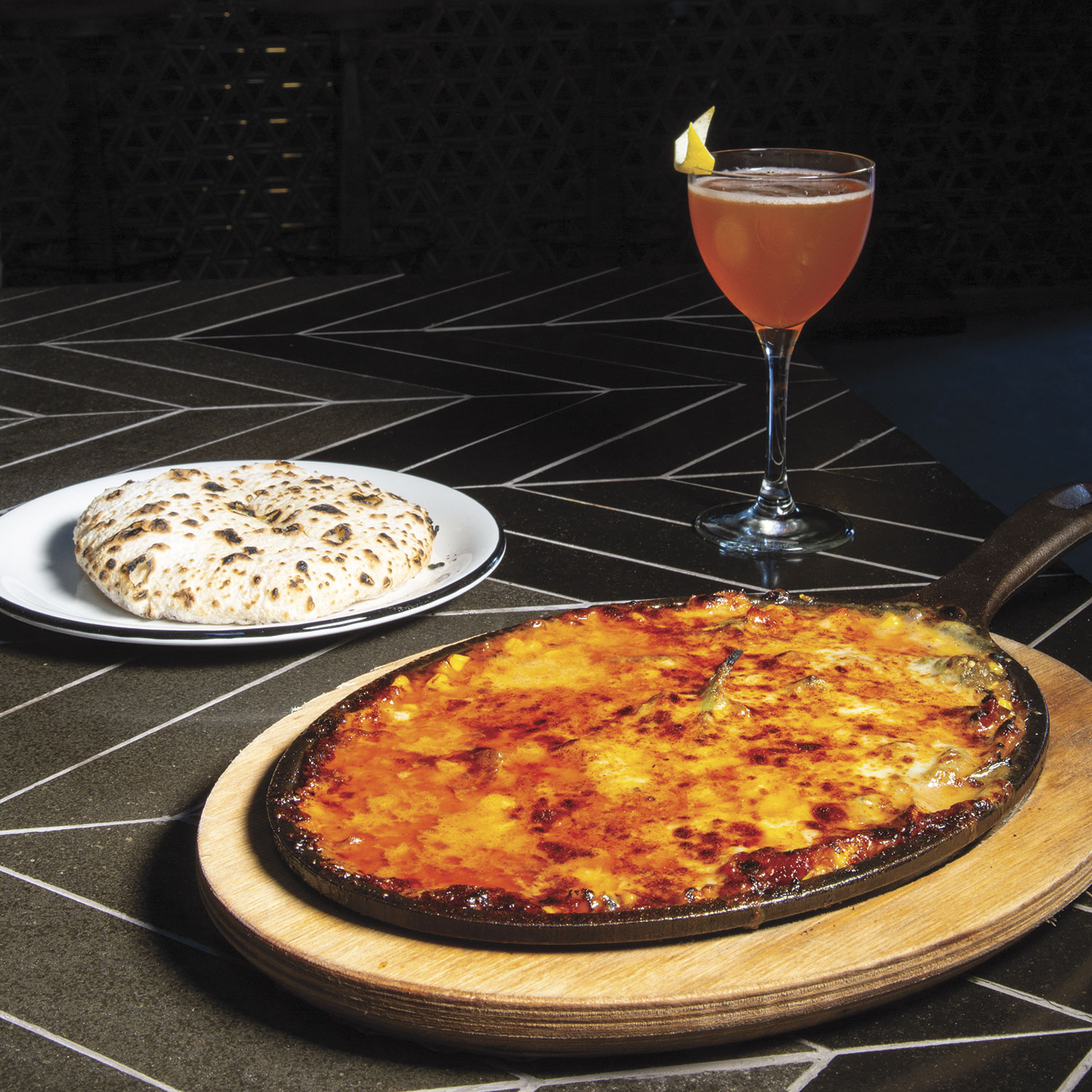 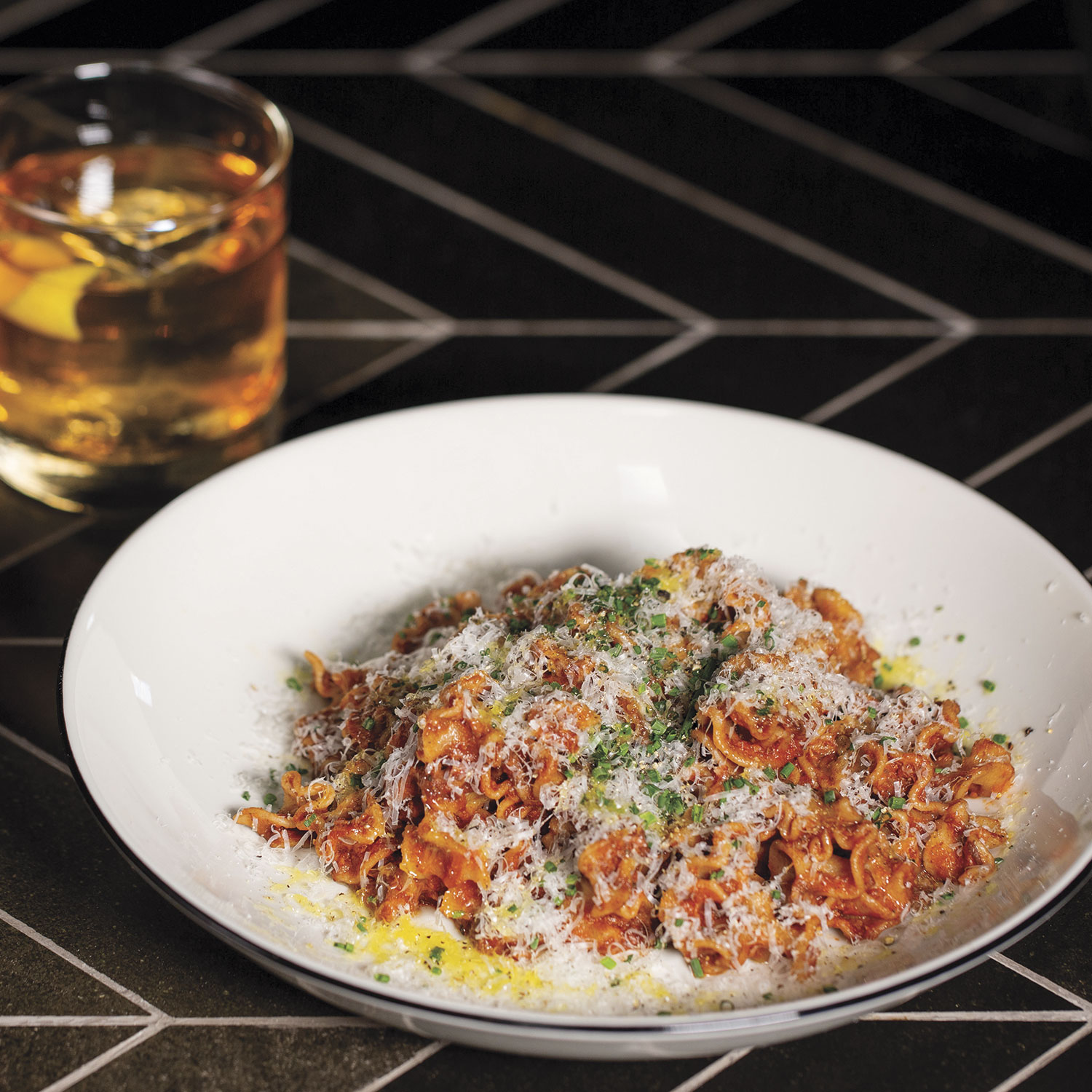 Vegan restaurants seldom shine in the dairy-substitute department, but fluffy, salt-flecked cashew yogurt, lightly sweetened with honey and local dates, doesn’t taste like an apologetic stand-in. Its creaminess and tang signal quality. Mushroom fundido – served in a skillet crowded with oyster mushrooms, charred corn, green chiles and enough stretchy Oaxacan cheese to hold it all together – is rich, spicy and wonderfully smoky. Both dips come with puffy, char-splotched pita baked in the restaurant’s wood-burning oven.

The only dish in this entirely fabulous place that begs the vegetarian question? A garlicky, house-made dill pickle that screams for pastrami on rye.