As the pandemic drags on, resourceful chefs and restaurateurs are opening ghost kitchens (delivery-only restaurants) at a clip this year, and Food Network star Guy Fieri, host of Diners, Drive-Ins and Dives, is right there riding the trend. In recent months, the spiky-haired, red Camaro-driving reality TV icon has launched Guy Fieri’s Flavortown Kitchen in 26 states, opening three virtual operations within Bucca di Beppo restaurants here in metro Phoenix — one in Scottsdale, another in Chandler and a third in Peoria. The catch is, if you want a Triple D-style meal from The Mayor of Flavortown, you have to live in the right zip code for delivery.

Lucky me, I do. After dithering among 19 florid, possibly funkalicious menu items — think cheesesteak eggrolls, bourbon-brown sugar BBQ wings, jalapeño poppers, fried pickles, Chicken Parm-eroni (with pepperoni red sauce and “crispy pepperoni hay”) and a Cuban sandwich — I spring for a burger, fries and cheesecake. Basic, I know, but this is a test run.

The virtual restaurant’s website provides a delivery estimate with a 10-minute window, alerting you by phone call or text when your food is almost there and again when it’s actually there. About 20 minutes in, I’m informed that my delivery time will now be 10 minutes later than originally scheduled. Okay, no prob, but is it just being driven around as deliveries are made?

All I know is, the food is just barely warm by the time I get it (which is true of all takeout/delivery food unless you live across the street from the restaurant), so I’m a bit disappointed. Burgers and fries need to be hot. How am I going to dis-assemble this thing to heat it up? I’m not. I’m going to eat it tepid. Sigh. Love the cute packaging, though. I have to say, it’s a satisfying burger — messy, florid and dripping with Fieri’s signature Donkey Sauce (purportedly a blend of mayo, garlic, yellow mustard and Worcestershire). I like the combo (although more and better tomatoes would be nice), and I would eat it again if I could have it hot. It tastes, more than anything, like a good old-fashioned burger despite the addition of mac and cheese. Chunky fries, scored with ridges, are admirably crispy outside and fluffy inside, but they smell like every fast-food French fry you’ve ever eaten, which is to say, greasy. Bottom line, they’re not worth $4.99 in any fast-food universe.

Looking back, I wish I’d ordered the chocolate whiskey cake instead of the Cheesecake Challenge ($7.95), described as NY-style cheesecake topped with salted potato chips, crushed pretzels and fudge sauce, but the chips and pretzels just exuded that wacko Triple D vibe I’ve come to love. Although I eat every creamy, salty, chocolate-y bite of this thing (dessert should never go to waste, even if the chips are a bit limp), it’s not remotely exceptional and certainly not at that price. I adore Guy Fieri. He’s funny and irreverent and yet respectful of all the hardworking people and humble places he features on his show. He’s the Everyman, the guy who isn’t precious or pretentious. No gag-worthy brunches on Manhattan rooftops, no intimate gatherings in impressionistic vineyards at dusk. That’s not how most of us live, and his audience is most of us.

That said, I have to admit that from what I’ve tasted so far, the food at Flavortown Kitchen is not gangsta or out of bounds or the bomb.com. It’s better than most fast food, yes, but it is not restaurant-caliber food that in any respect delivers. It pains me to say it, but it feels like my salt-of-the-earth hero is capitalizing on his name. 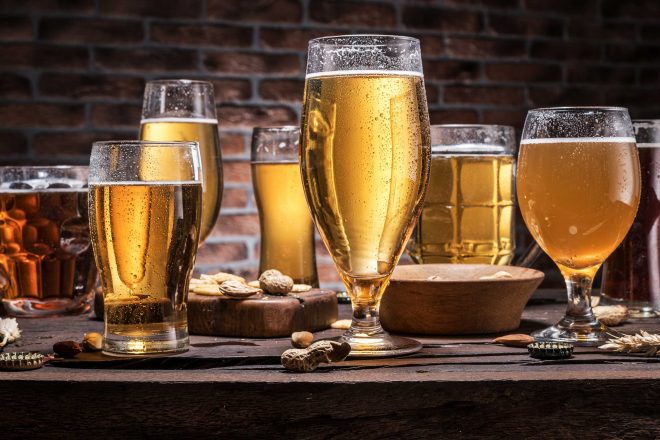