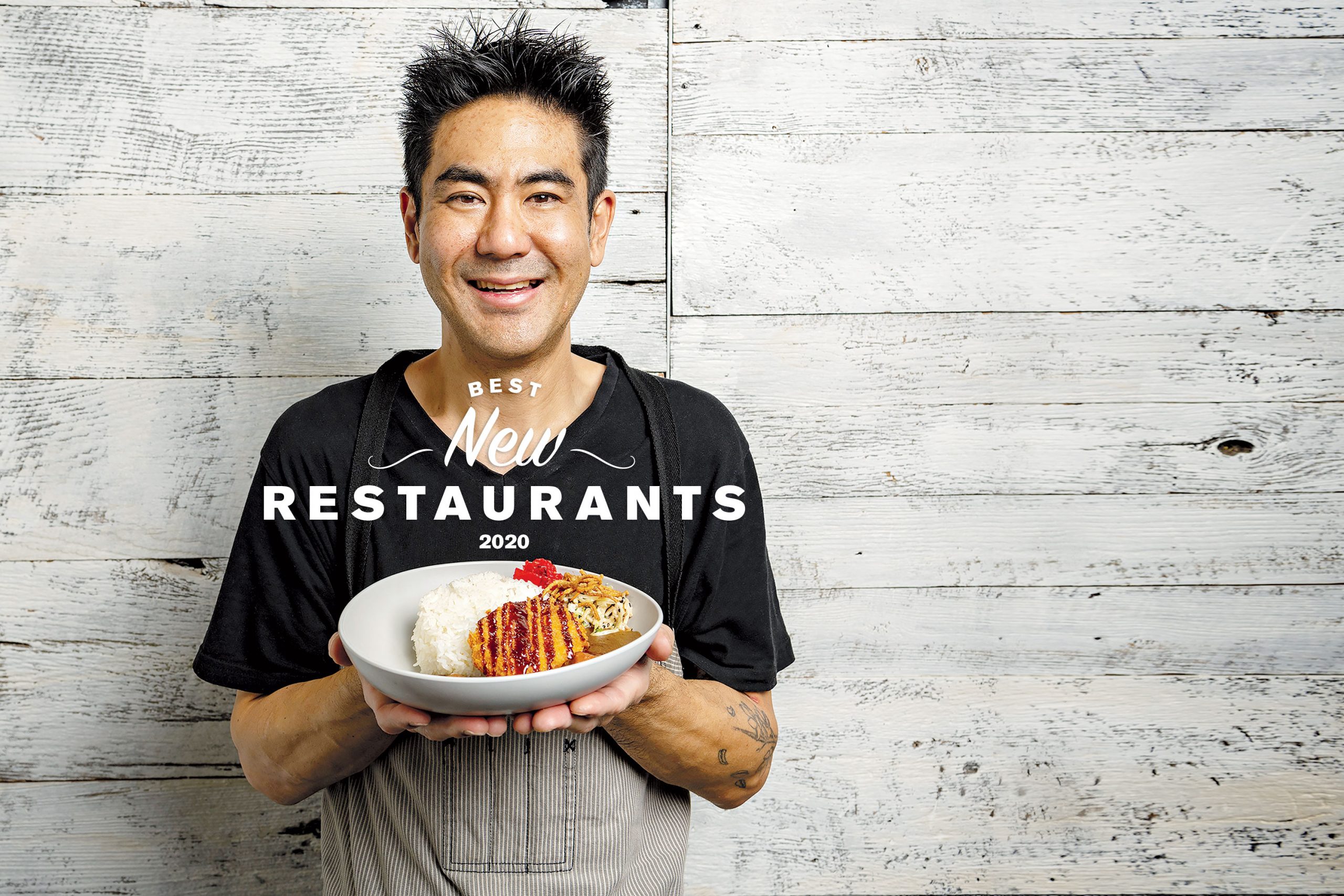 Delinquent on your dining this year? You’re not alone. We’re here to help you play catch-up – with this miracle list of deliciousness.

First, let’s acknowledge the obvious: It was not a record-setting year for new restaurants in Greater Phoenix.
Josephine and Century Grand – two restaurants that were virtually assured of making our annual BNR list – had to shutter permanently and eliminate dining, respectively, due to the pandemic. Others were forced to radically alter and simplify their menus. And who knows how many embryonic restaurant projects were simply cast aside in the face of an uncertain business climate? All that being said: A surprising number of new restaurants did survive, and thrive, in these unprecedented conditions – a fact that makes their efforts even more laudable. Miraculous, even. So we’re doing Best New Restaurants a little differently this year. Instead of ranking our Top 10, we’re listing them unranked, egalitarian-like, in recognition that the playing field was hardly level. We’re also including a generous number of honorable mentions and special awards. Because you have a lot of eating to do. 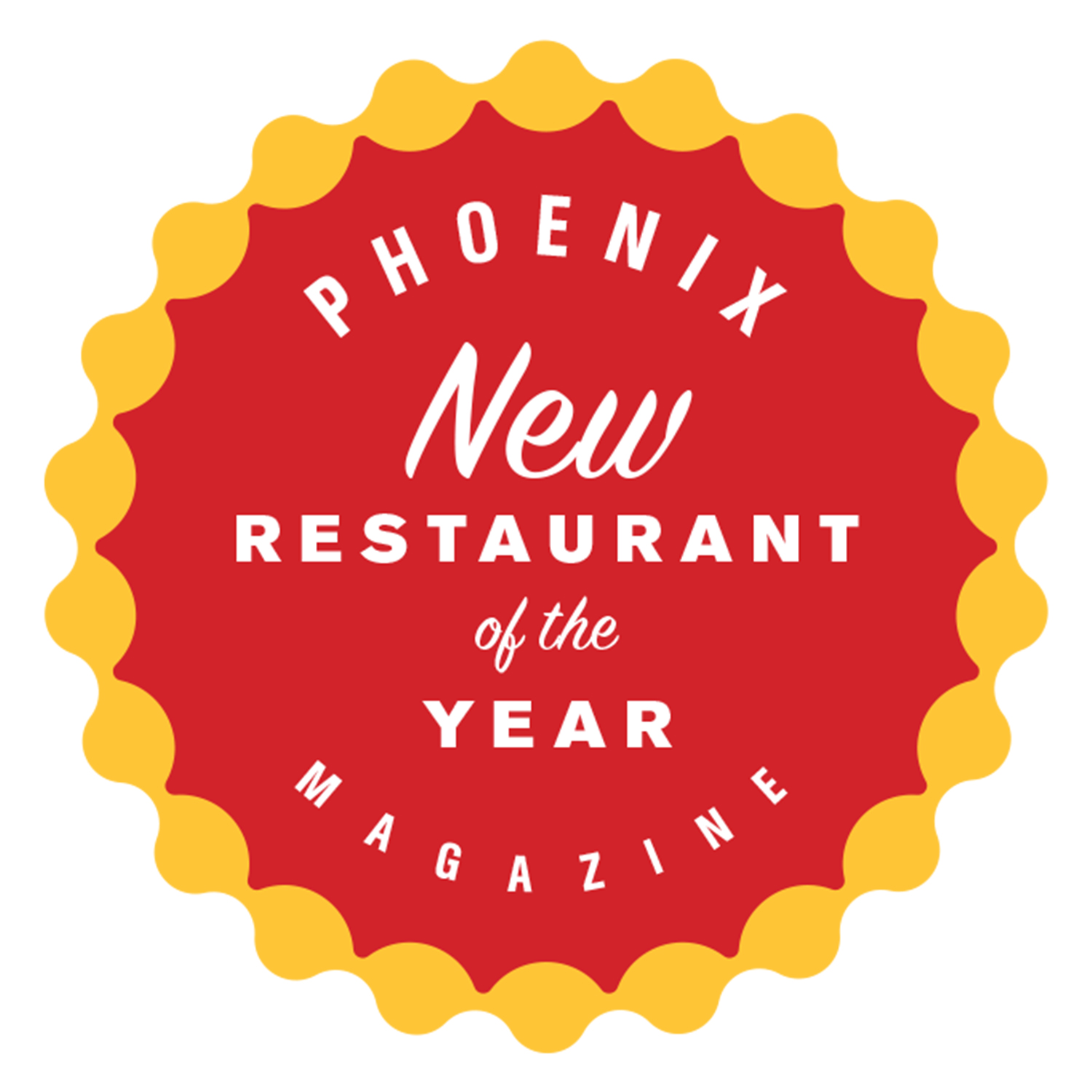 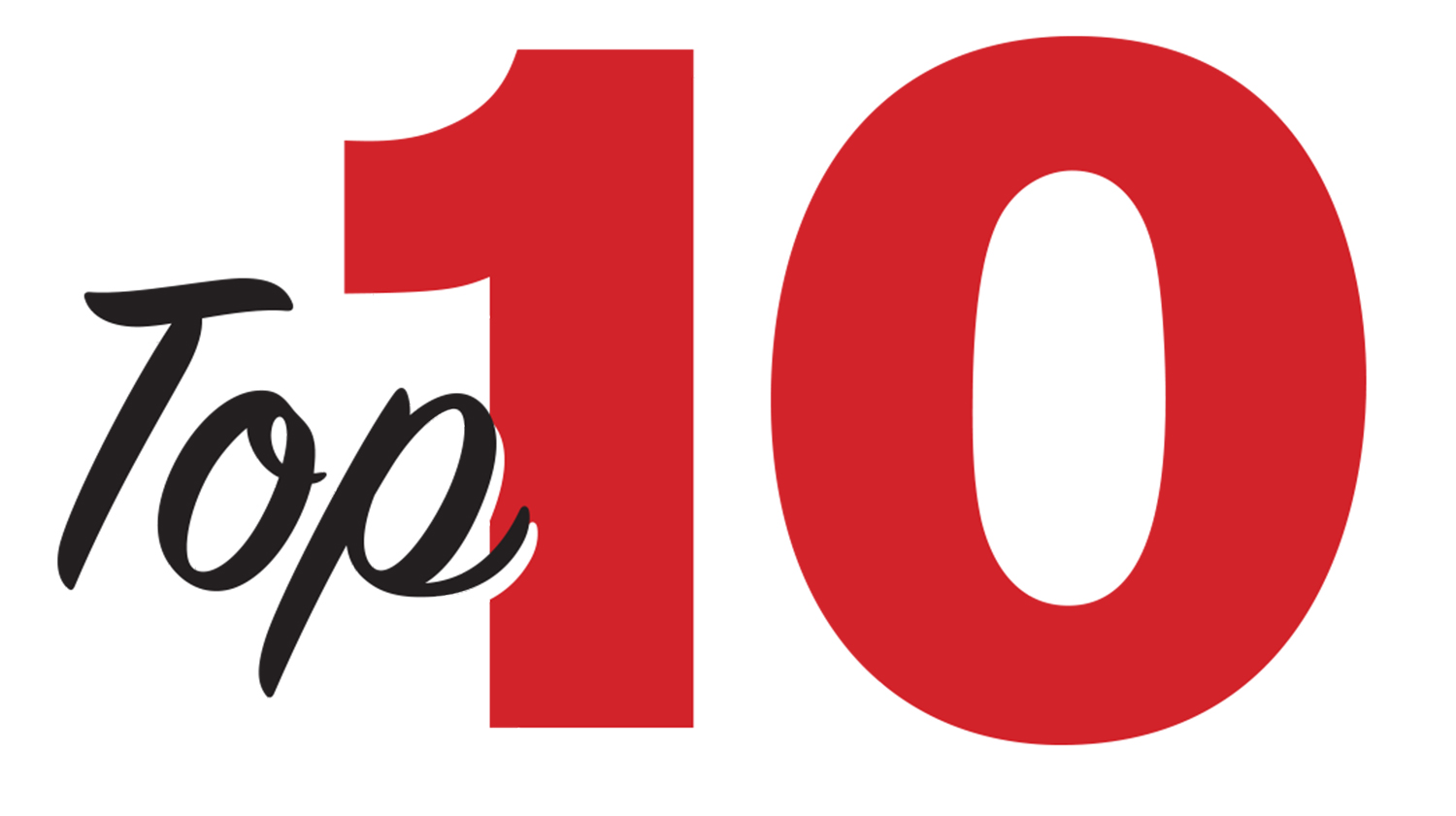 17797 N. Scottsdale Rd., Scottsdale
480-573-0001, theamericanorestaurant.com
Opened: February 2020
Before you yawn at the prospect of yet another steakhouse, consider The Americano, a sleek, sexy, Italian-inflected iteration of that done-to-death paradigm that feels fresh and new. True enough, red meat is the strong suit here (dreamy Wagyu beef meatballs, a luxurious burger and an oak- and mesquite-grilled ribeye are cases in point), but crazy-good cocktails, focaccia with smoked butter, pappardelle with milk-braised lamb and beautiful desserts prove that nobody (including you) is sleepwalking through this experience.
— Nikki Buchanan 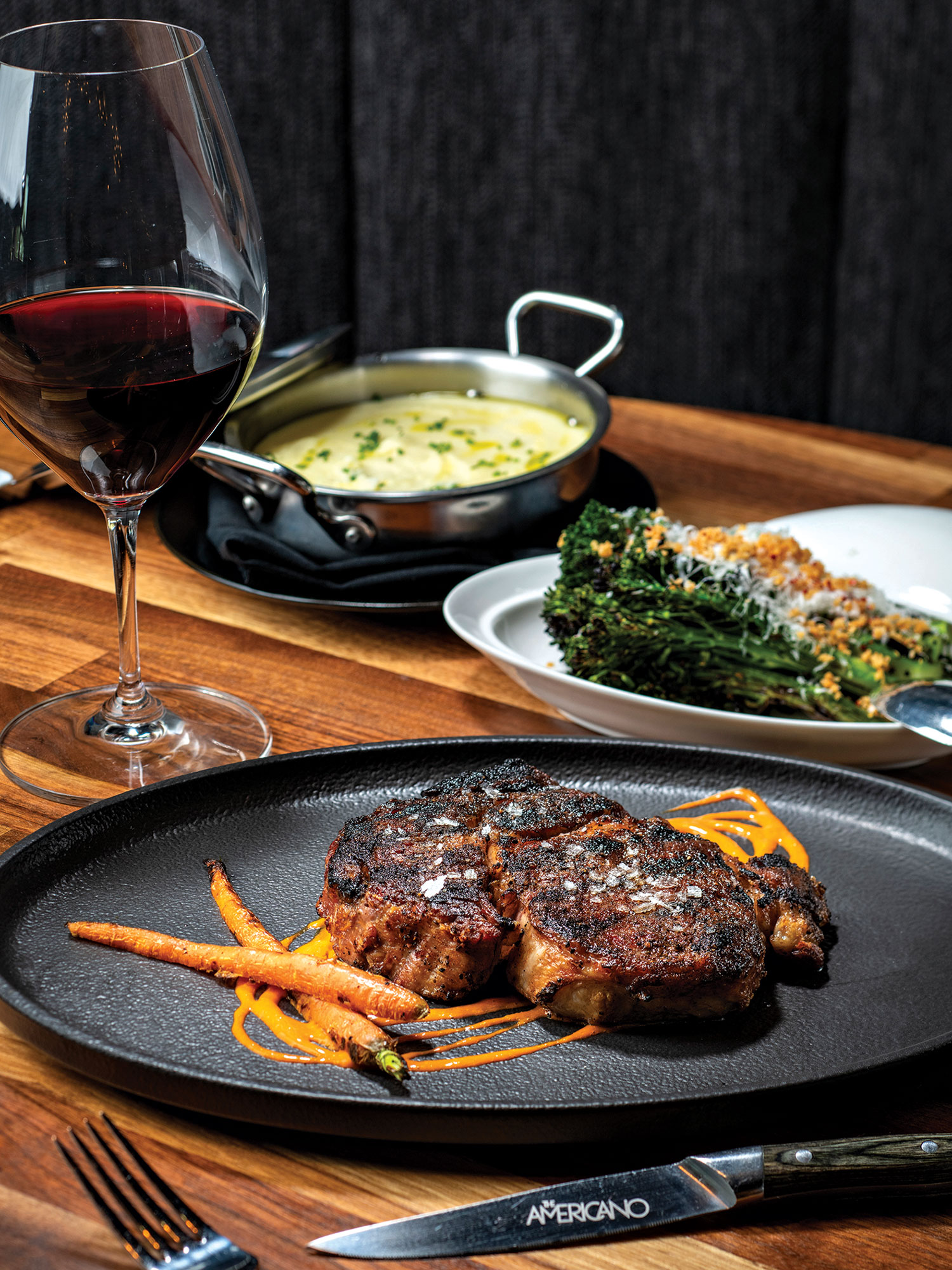 Ribeye with potato purée and broccolini; Photo by Rob Ballard 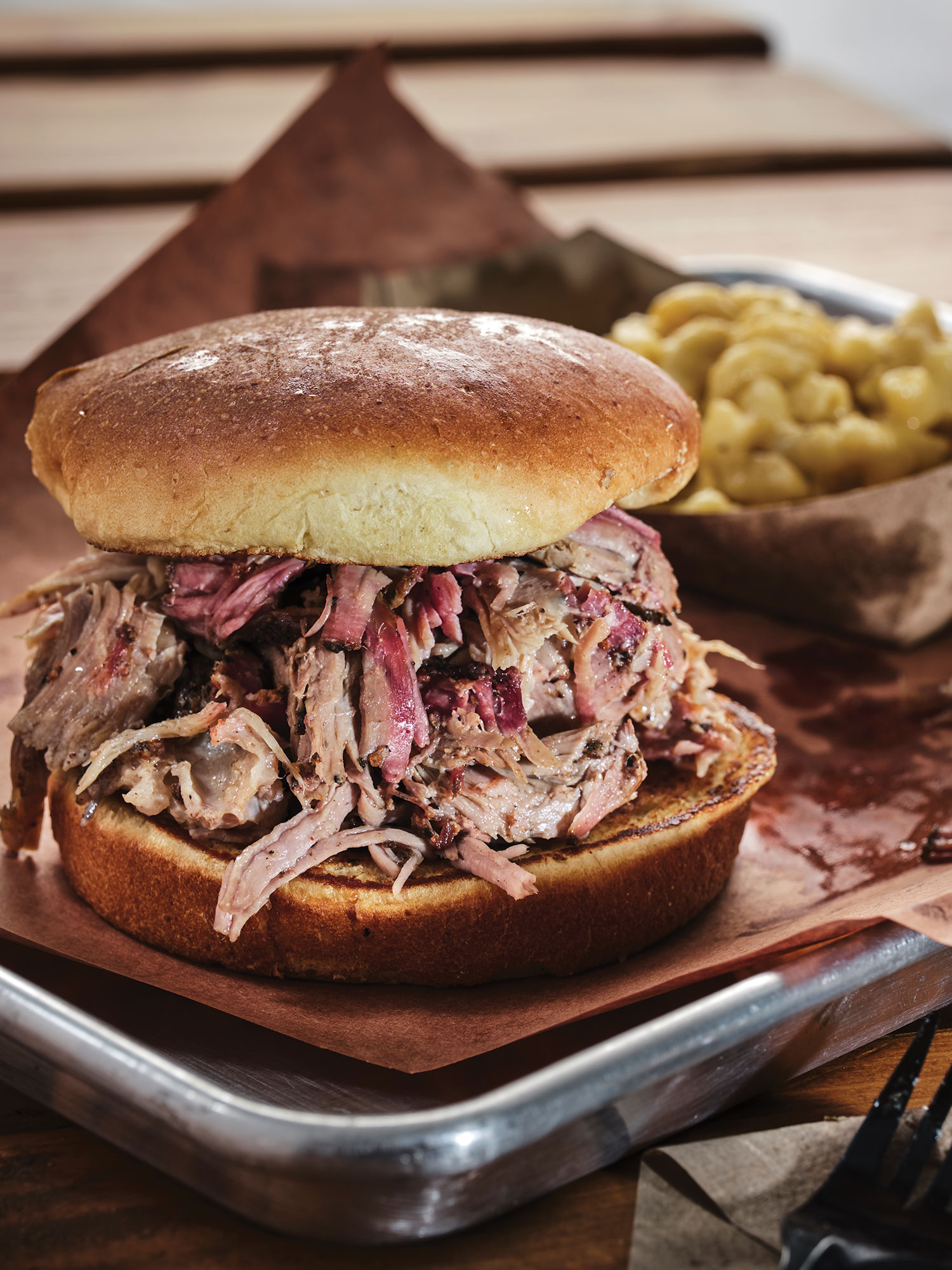 12345 W. Indian School Rd., Avondale
623-248-0148, ericsfamilybbq.com
Opened: January 2020
The legendary ’cue joints of Central Texas have a comrade in this rustic westsider, where friends and partners Eric Tanori and Anthony Garcia turn out unvarnished slabs of mesquite-smoked brisket sporting the kind of crunchy bark and rosy smoke rings that set the hearts of confirmed carnivores aflutter. Spice-crusted spareribs and silky pulled pork are just as good – moist but never mushy. Truth be told, the soupy, pork-laden pinto beans alone are worth the schlep
to Avondale.
— NB

313 N. Gilbert Rd., Gilbert
480-704-3405, dabayoucreolekitchen.com
Opened: July 2020
Though the two are routinely conflated, it’s not so hard to distinguish Cajun and Creole cooking. Does it have tomato? Does it have cream? If so, it’s probably Creole, and it’s a distinction exuberantly embraced by chef Ali Biller at this high-toned Gilbert bar and restaurant. Not since the heady days of Chez Bubba has the Valley been treated to pepper sauces this rich, or gumbo this funky with filé and odd, edible crustaceans. Hers is a vast menu (it also includes brunch) that warrants deep exploration. Nice, bourbon-dominated cocktail program, too.
— Craig Outhier 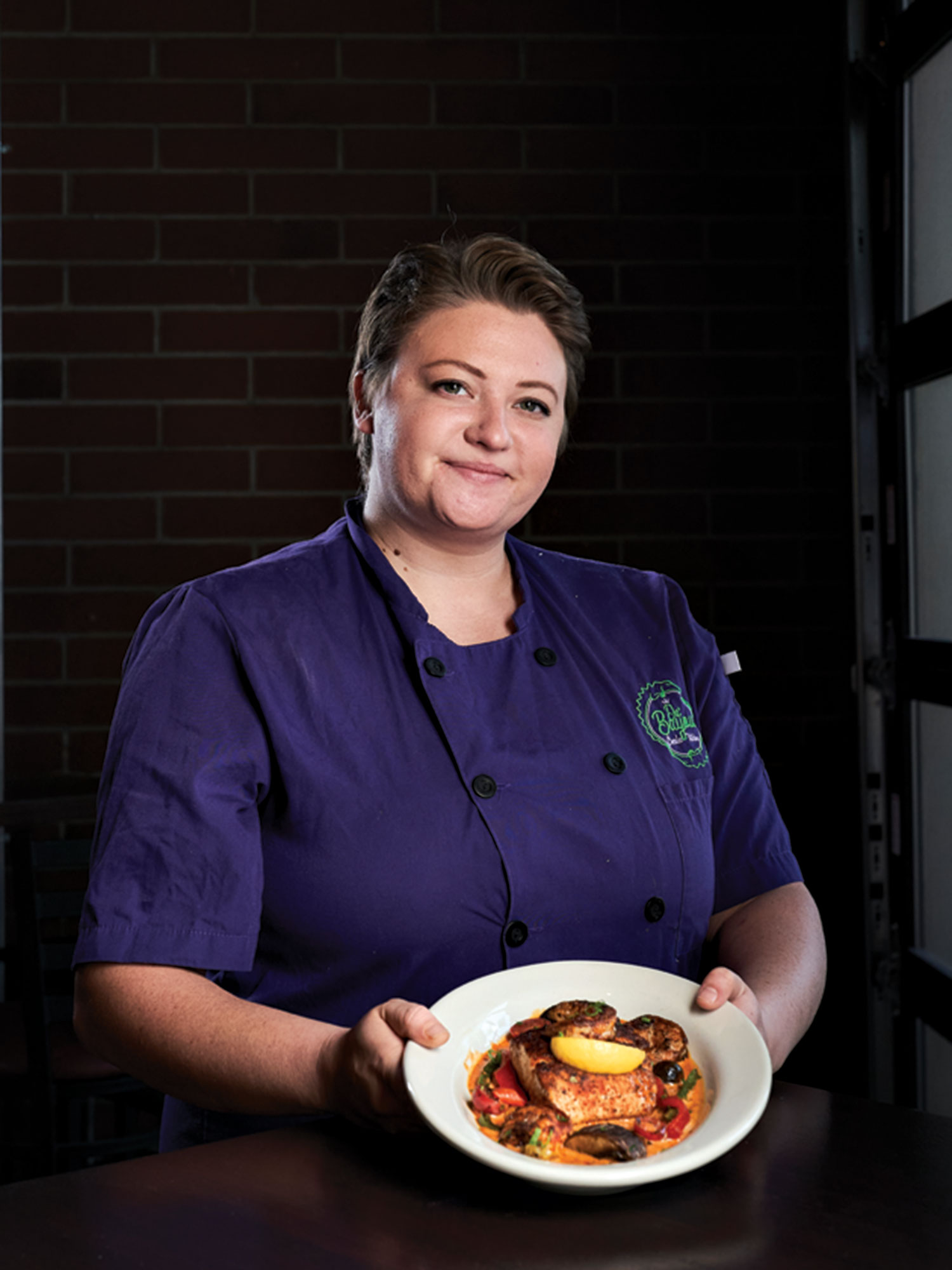 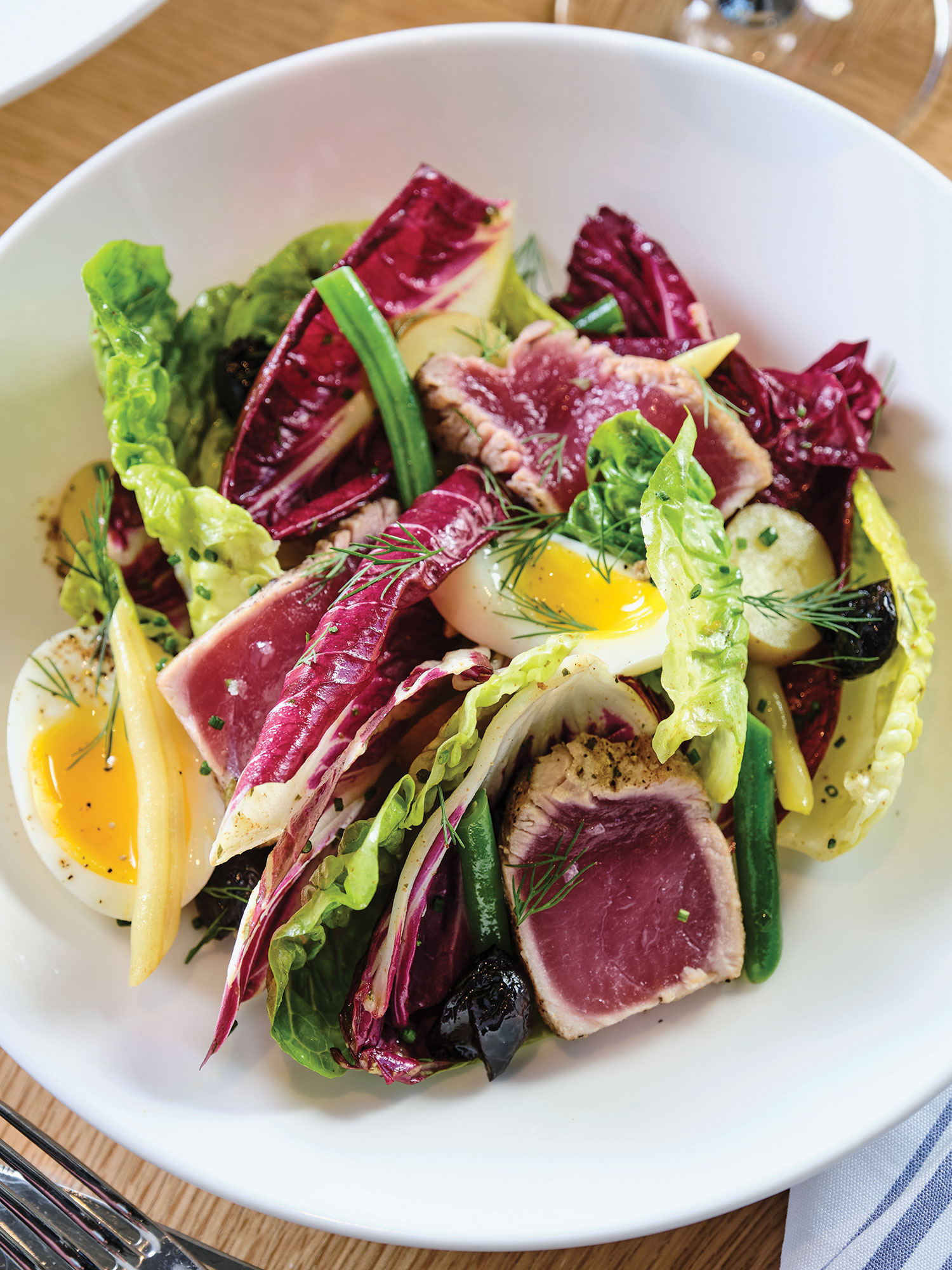 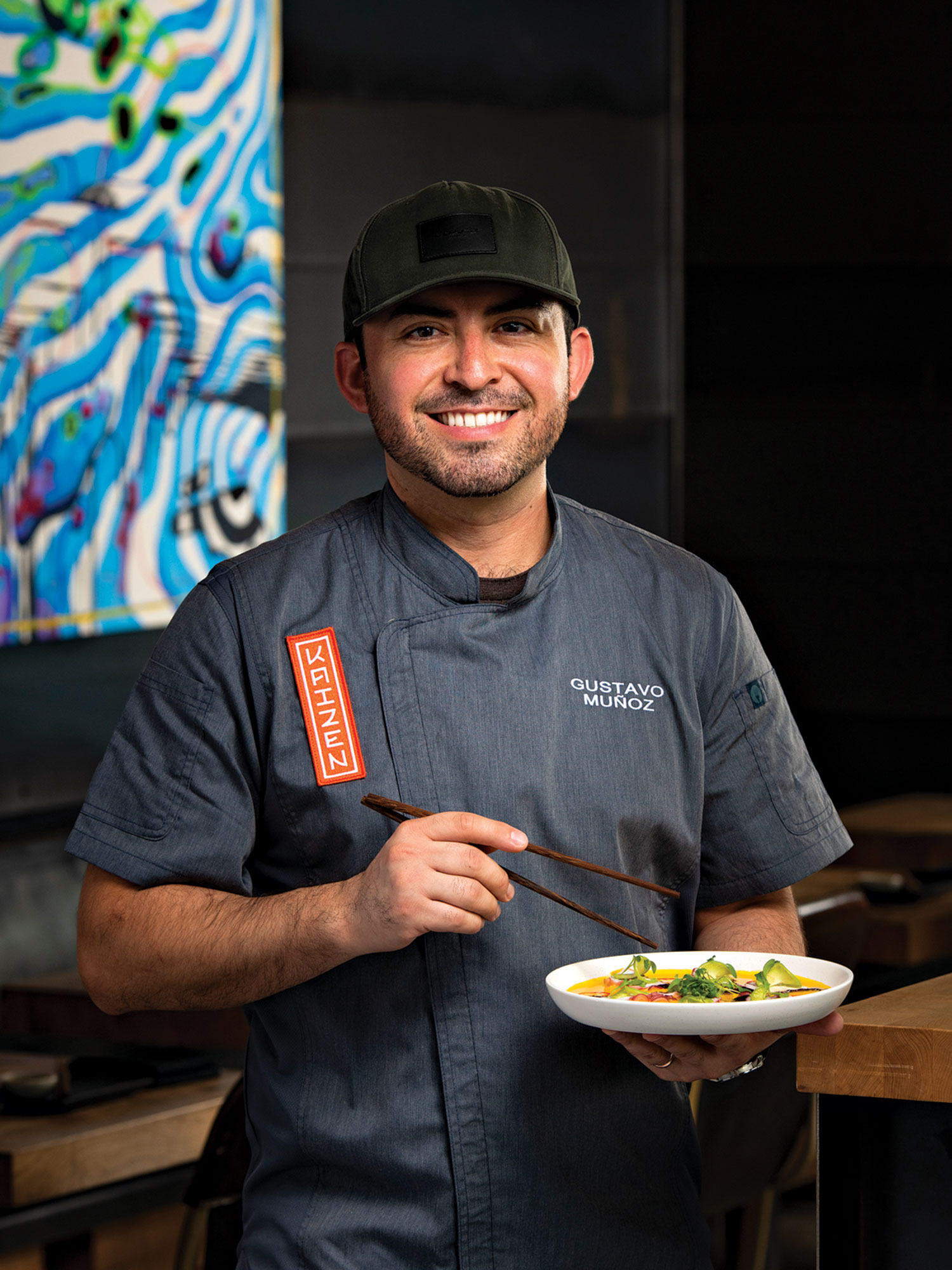 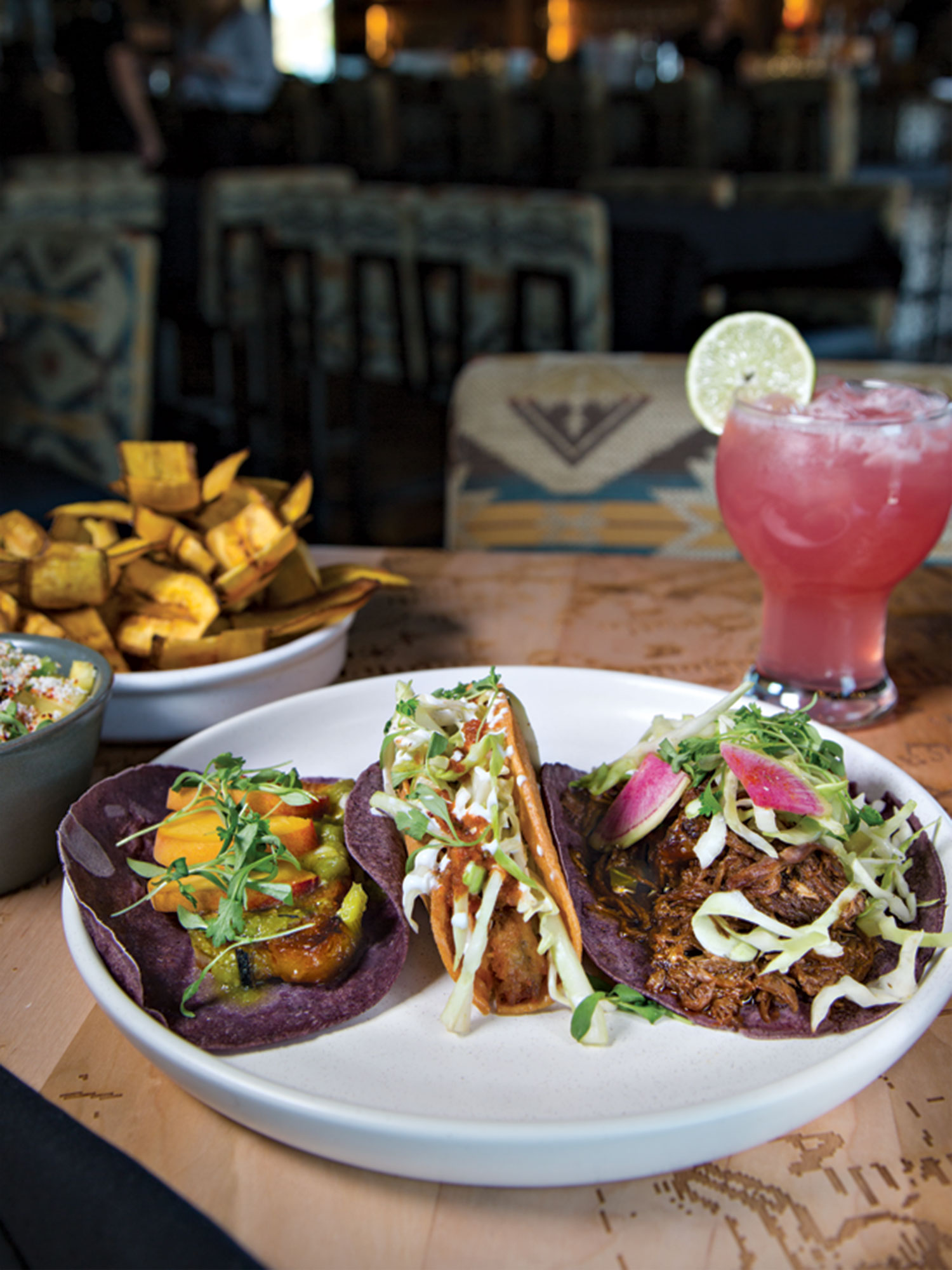 6791 W. Happy Valley Rd., Peoria
623-440-5588, mochilerokitchen.com
Opened: April 2020
Like a Riviera Maya ocean breeze, Mochilero Kitchen drifted into the northwest Valley this spring. The colorful, Latin chic restaurant is the brainchild of siblings Jorge Cota and Meliza Miranda, who had the dandy idea to bring regional Mexican cuisine to an underserved area of town. Even those farther afield should visit to feast on Yucatán-inspired guacamole with crispy plantains, Michoacán’s succulent carnitas and Baja’s famed fish tacos, all in one place. Bring it all home to the Sonoran Desert with a prickly pear paloma.
— Leah LeMoine 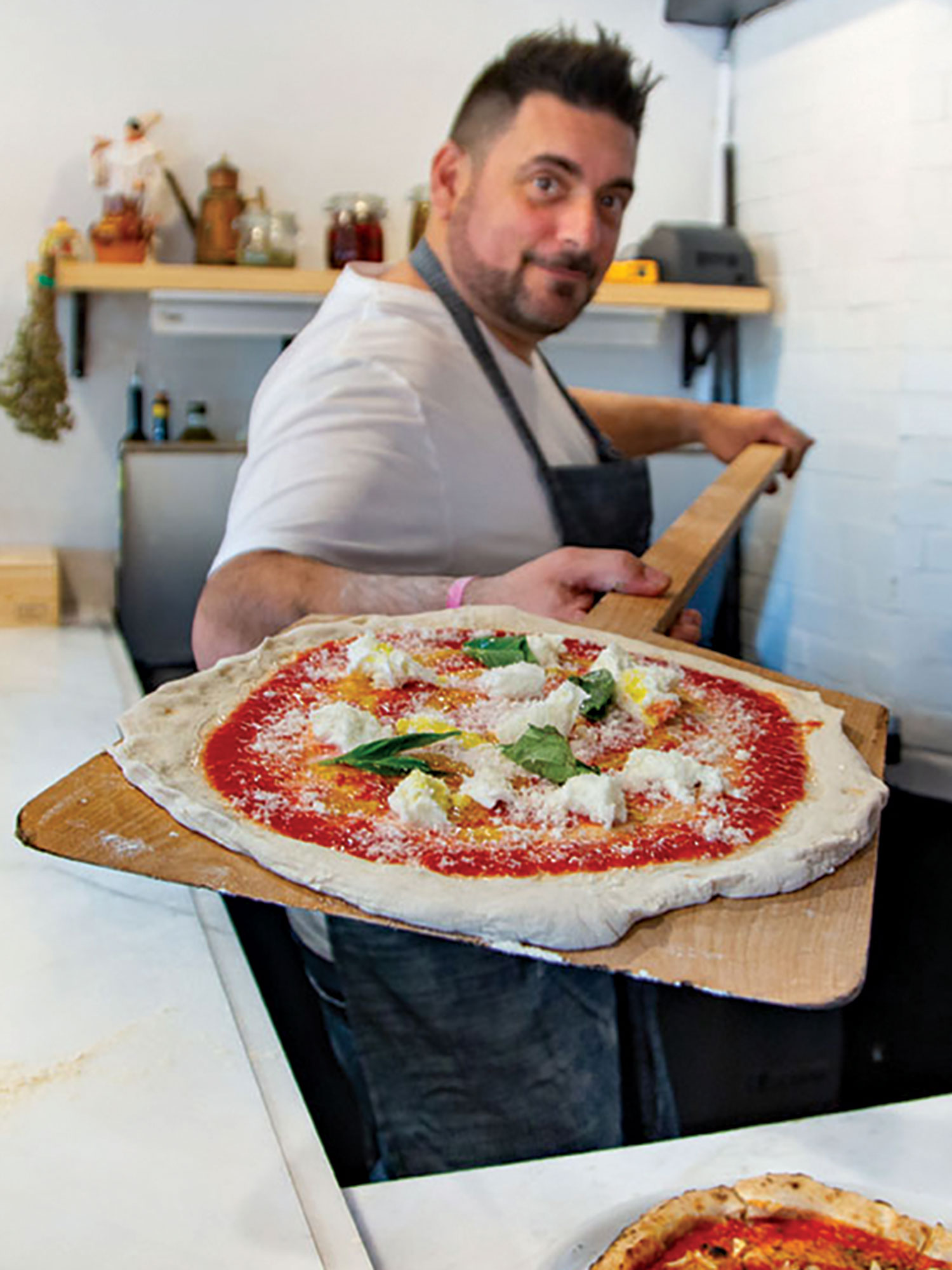 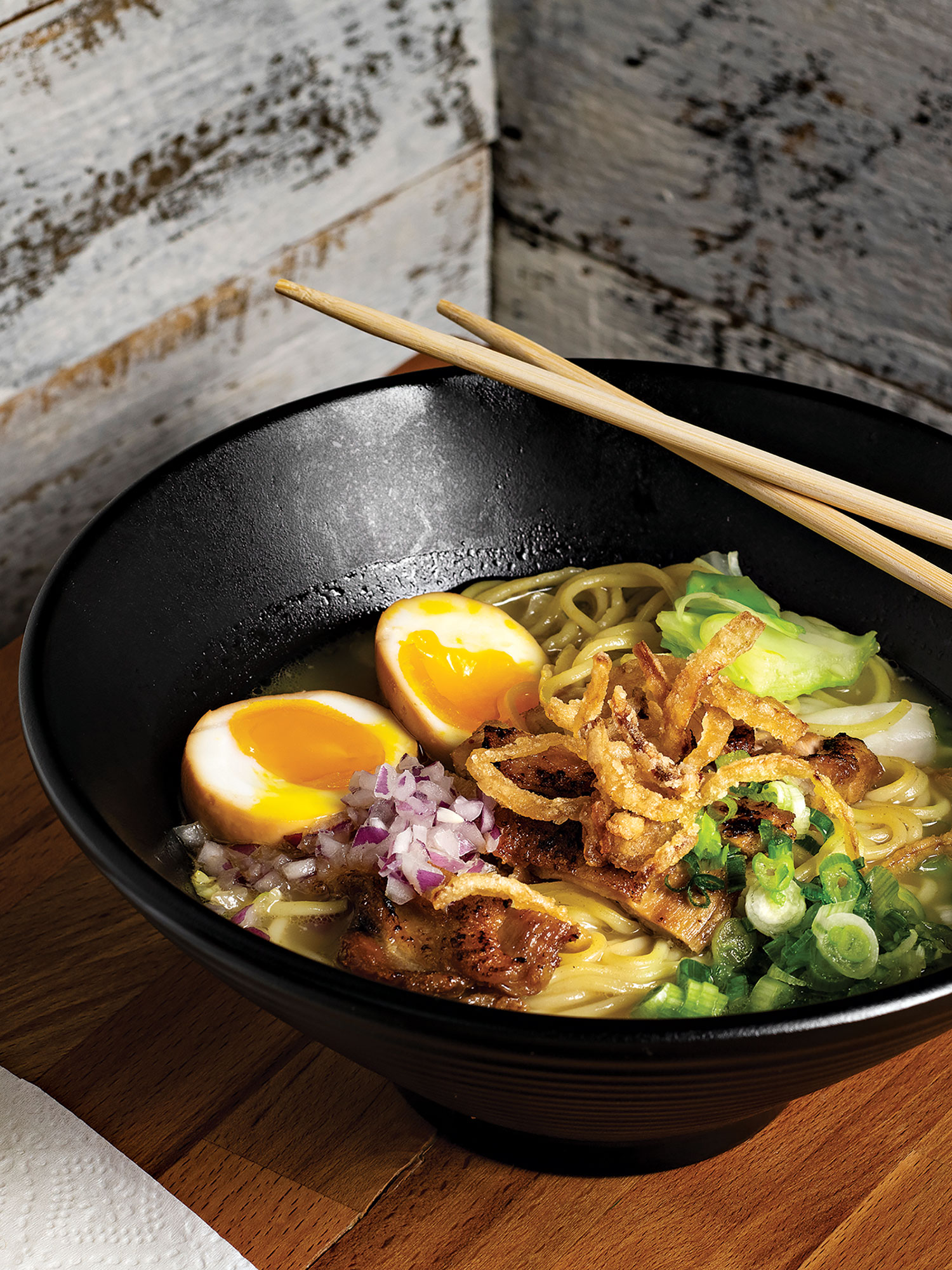 111 W. Monroe St., Phoenix
602-675-0833, ramenkagawa.com
Opened: August 2020
Downtown restaurants geared toward the working stiff aren’t required to be great – quick and cheap will do. That fact makes this bare-bones ramen shop all the more exceptional for being all three at once. Although dashi-fragrant ramen is this restaurant’s raison d’être (don’t miss the tori paitan or spicy miso tonkotsu), Japanese comfort food classics such as takoyaki, korokke (potato croquette), curry rice and gyudon (beef and rice bowl) whisk you off to the homey, inexpensive restaurants of Japan.
— NB 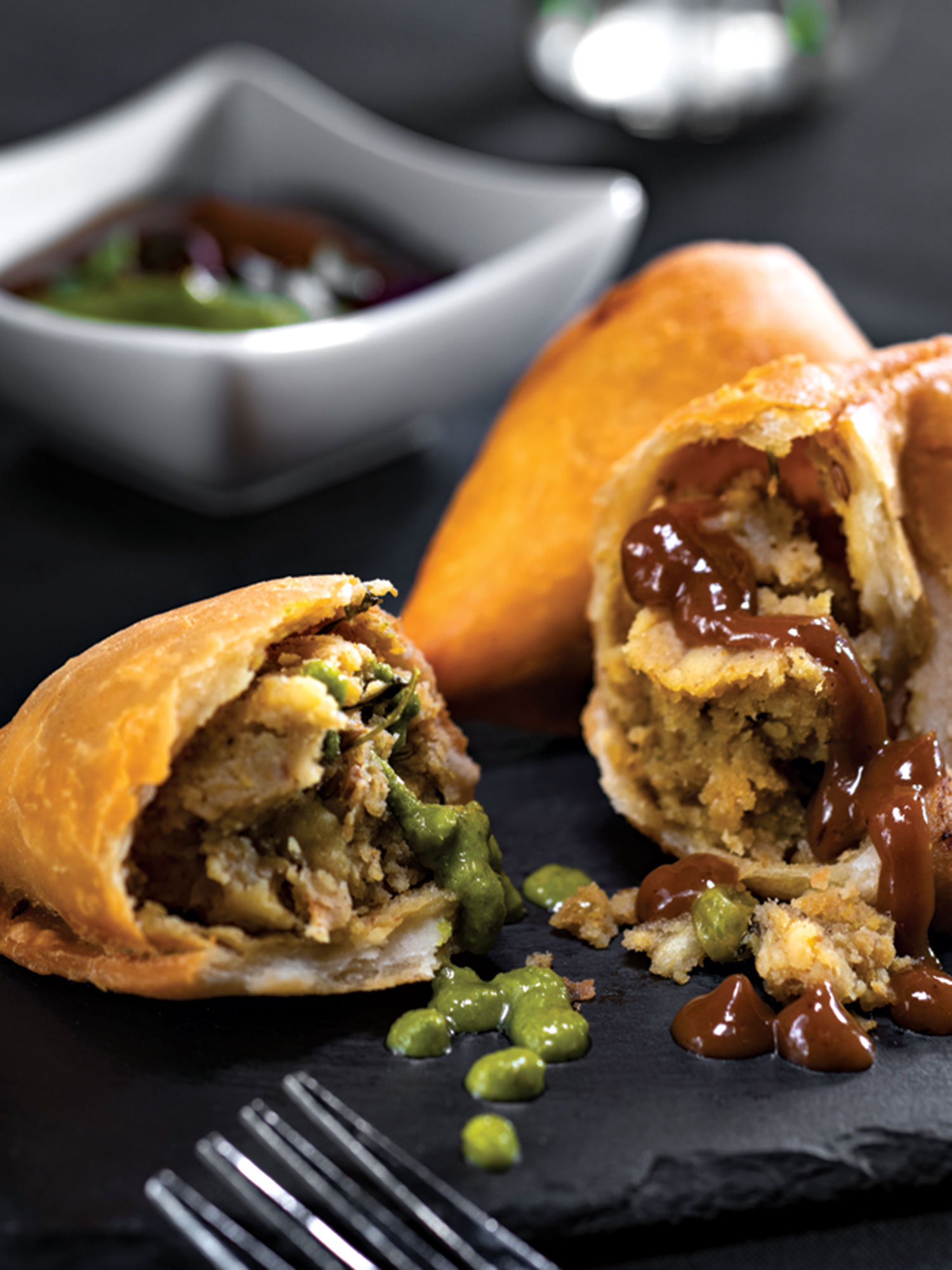 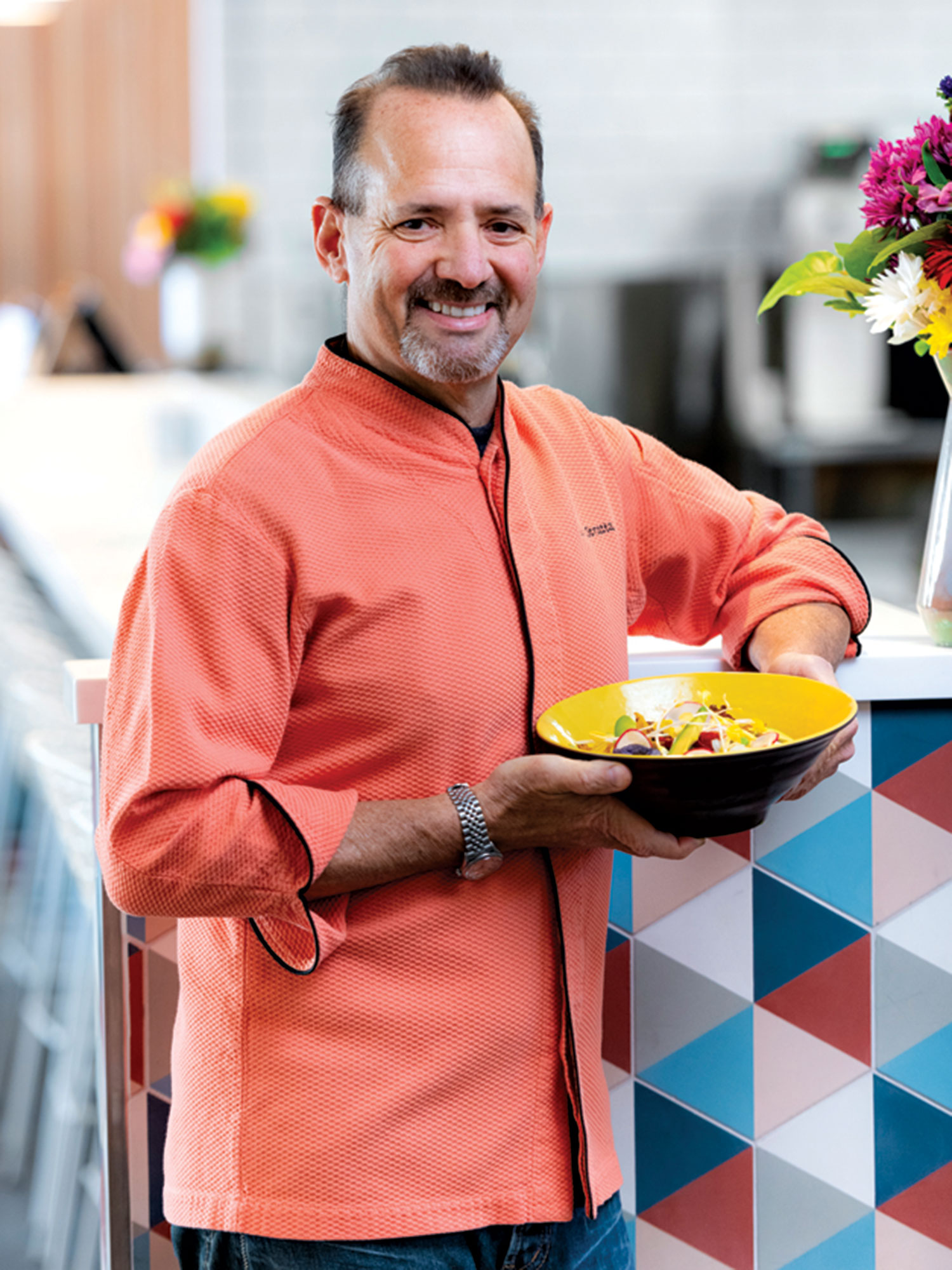 The Village at Hayden
8260 N. Hayden Rd., Scottsdale
480-597-9195, strattakitchen.com
Opened: August 2020
Alex Stratta – the chef who put Mary Elaine’s at The Phoenician on the culinary map before making an even bigger name for himself in Las Vegas – has executed a 180 from the glitz and glam (not to mention fat and calories) of his fine-dining days to open a cheerful, charming fast-casual eatery devoted to healthy eats. His colorful, elevated salads, wraps, kebabs and grain bowls are exquisite to behold and easy to eat, while his splendid $6 desserts are a lesson in irony.
— NB

3050 N. 16th St., Phoenix, 602-607-5272
Opened: May 2020
Prepped in a marinade that tastes subtly of citrus and coriander, the Cornish hen that comes off the charbroiler at this Coronado-area kabob-ery might be the Valley’s most dangerously succulent. Wonderful roasted veggies, too. A no-frills, genius-level Middle Eastern takeout joint like every neighborhood needs. 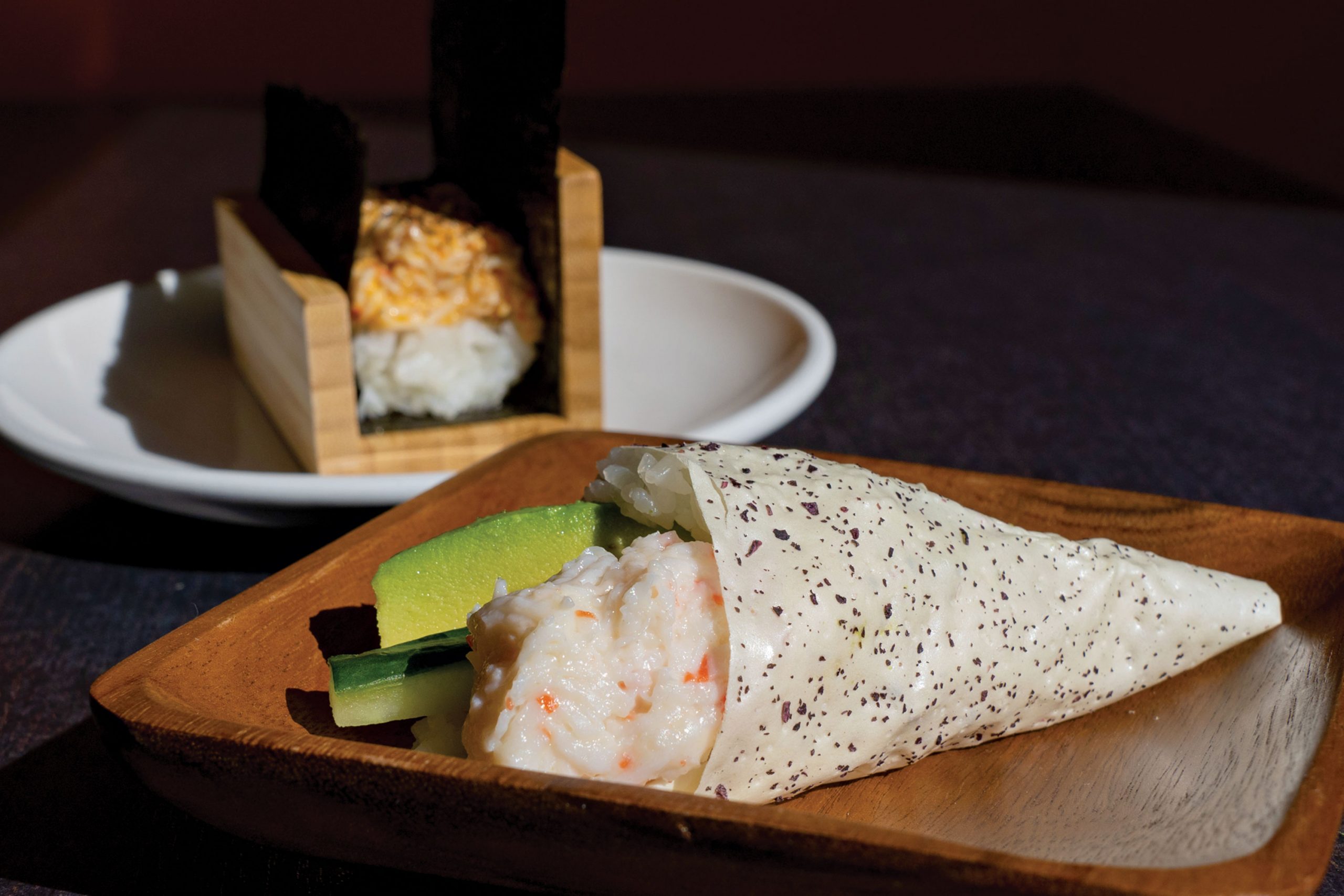 Benjamin’s Upstairs
Chef-owner Bernie Kantak has never known quite what to do with the attic at Citizen Public House. (A former PHOENIX editor once had a going-away party there.) His latest solution: Let his talented chef de cuisine, Benjamin Graham, have the run of the place. Meticulously sourced oysters and seafood, plus finely crafted cocktails and a killer natural wine list, highlight a tidy little menu. If the vegetable crudo is on the menu, get it, and we hear the fried chicken is none too shabby. 7111 E. Fifth Ave., Scottsdale, 480-398-4208, benjaminsaz.com

Hint of Soul
Full disclosure: We never actually ate at this South Phoenix soul food restaurant, but it wasn’t for lack of trying. Attempt No. 1: Couldn’t leave the office on time (it’s only open four days a week, noon to 6 p.m.). Attempt No. 2: Though the restaurant is typically open on Thursdays, it was closed the one particular Thursday we wanted to go. Attempt No. 3: They ran out of food. All told, the evidence suggests owner-chef Lynn Minor knows her way around smothered chicken. And the scarcity principle, definitely. 3801 S. Central Ave., Phoenix, 480-712-2580, hintofsoulcatering.com

Highball Cocktails
As badly as restaurants took it on the chin this year, bars had it even worse. But from devastation, comes life – or, at least in the case of this Willo-area cocktail tavern, exultant cocktails and a marvelously epicurean bar snacks menu from chef Sacha Levine (Ocotillo, Century Grand). Picking up in the upstairs space  where SideBar left off after closing earlier this year, mixology pros Libby Lingua and Mitch Lyons, both formerly of UnderTow, are single-handedly giving hope to Downtown tipplers. A must-visit. 1514 N. Seventh Ave., Phoenix, 602-675-4244, highballphx.com 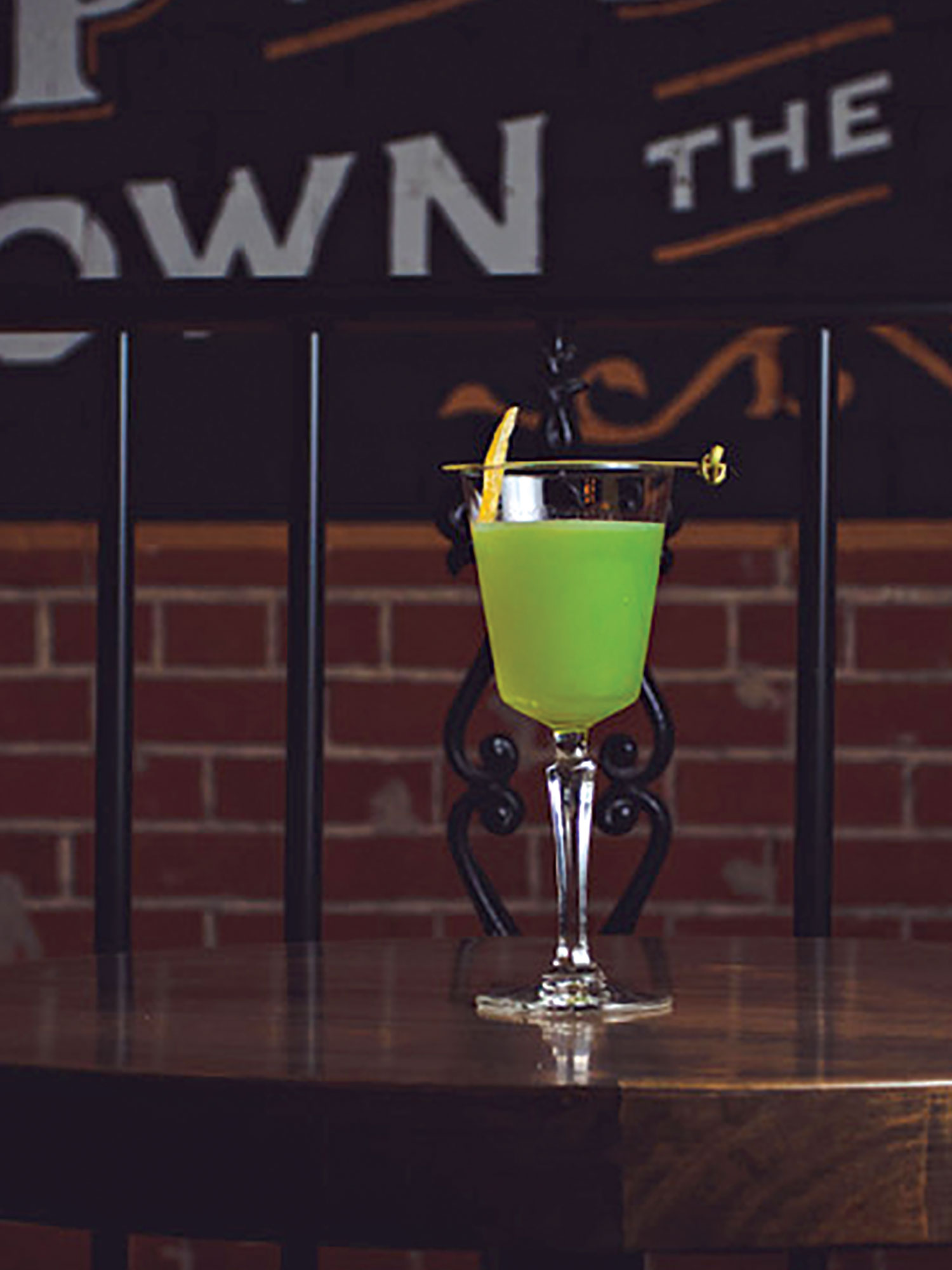 These promising Valley restaurants didn’t open in time to make our 2020 BNR window.

It’s a clam-bake-cum-lobster-boil every night at this South Phoenix seafood joint. We’re intrigued. 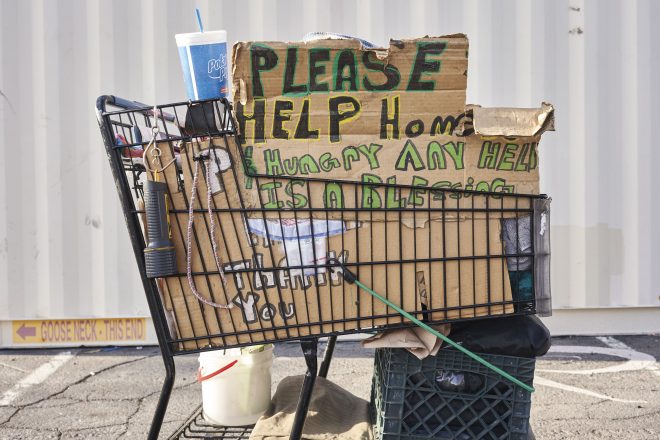