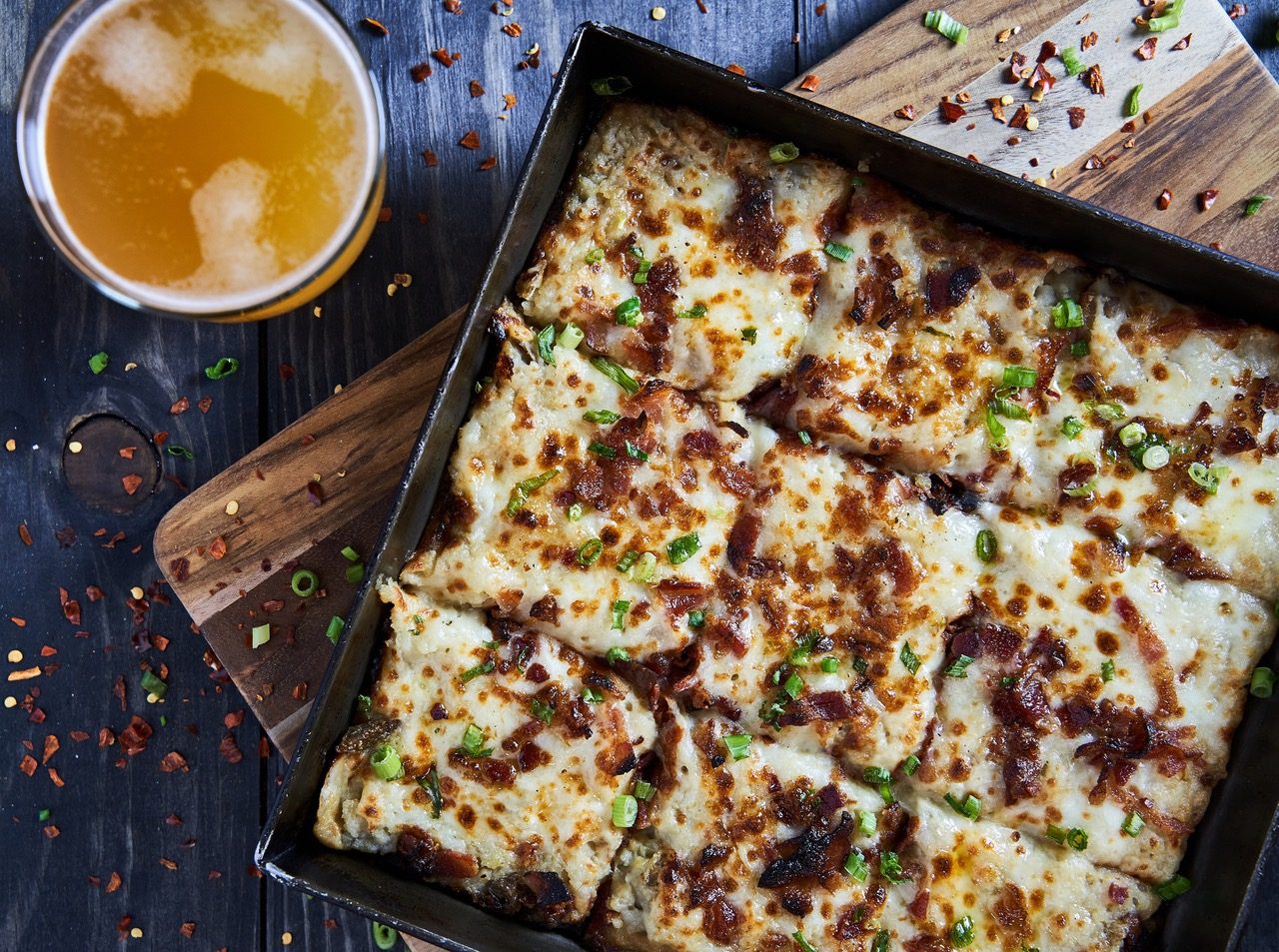 Stark, who is the former CEO of NYPD Pizza, shares PHX Beer Co.’s mashed potato pizza recipe, which came from a pizza he tasted while vacationing in San Diego 15 years ago. “I kept it in my mental file box,” he says.

A couple of tips – you can purchase pizza dough at Trader Joe’s and other outlets if you don’t want to make it from scratch; and if you don’t have a black iron pan, you can use any kind of anodized pan that’s at least an inch high. “The oils and fats bake along the side and get underneath the pizza,” he says. “It’s kind of like lasagna.”

Take an 8 oz. dough ball and stretch it out to a 10-inch square. Place the dough in a one-inch black iron baking pan to form the crust. Build the pizza with the toppings. Place in the oven at 550 degrees (or as high as your oven will go up to 550 degrees) until golden brown. Bake for 9-12 minutes. 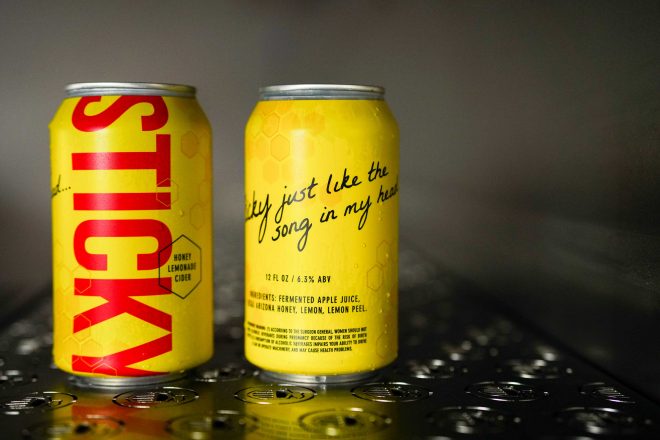 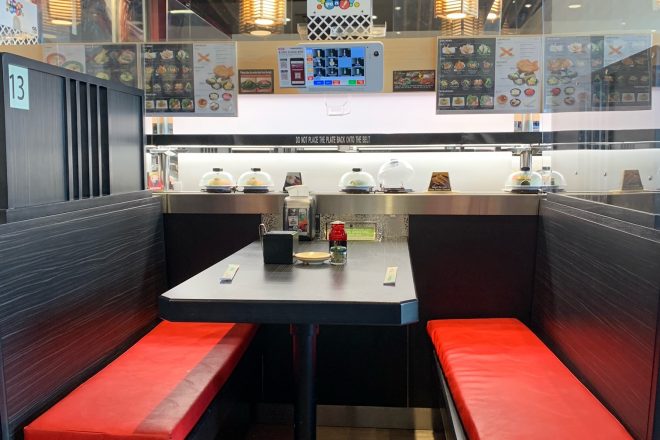 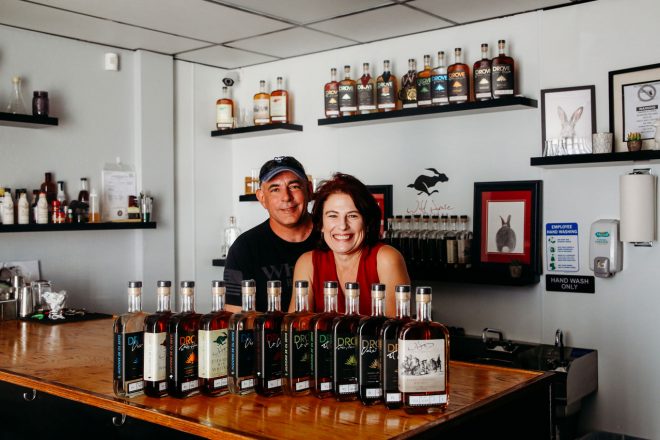