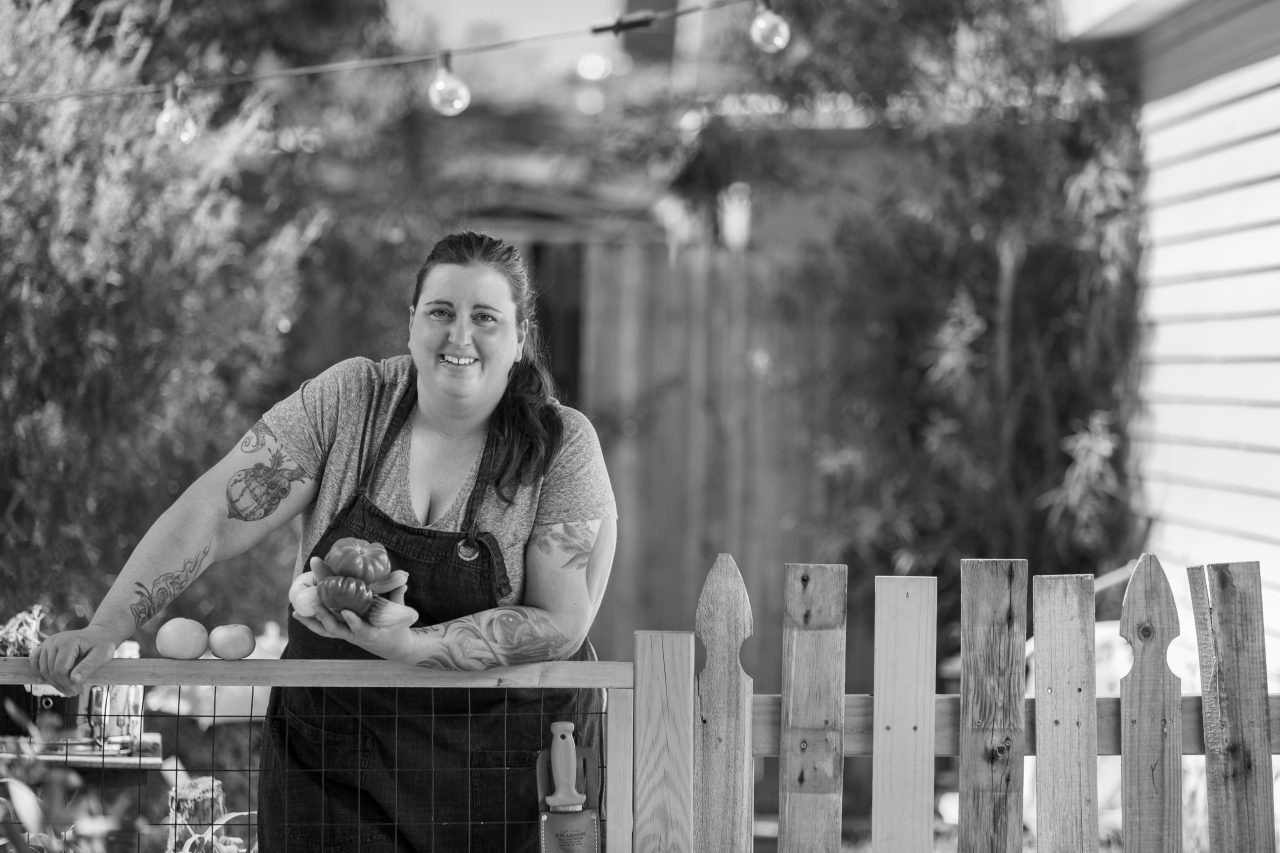 If you’re curious about what’s happening at the shuttered Gino’s East restaurant at 3626 E. Indian School Road, we’ve got an update.

Jason Asher and Rich Furnari of Barter & Shake (UnderTow and Pobrecito) are getting ready to open Century Grand, an immersive concept that will transport customers to a Prohibition-era Art Deco train station. The space will include a train car with an “indulgent cocktail experience,” a train station platform and a saloon that will host a collection of more than 80 private single barrel whiskies. The opening is planned for mid-to-late September.

The menu will be crafted by executive chef Sacha Levine, who recently headed up the kitchen at Singh Meadows and has worked in many Valley kitchens, including Ocotillo, FnB and Rancho Pinot Grill. PHOENIX magazine caught up with Levine to talk about her new gig at Century Grand.

PHOENIX magazine: What will be on Century Grand’s menu?

Sacha Levine: The actual menu has only 15 items on it, mostly shareable (small and large plates). I took popular themes of the ‘20s and then adapted the recipes to the way I cook. Jell-o was huge in the ‘20s, so for example, I’ll do a take on avocado toast by setting half an avocado into tomato aspic that you scoop out and spread on toast yourself. There’s a small section on the top of the menu that’s just tea sandwiches and I’m working with Jason (Raducha) from Noble to help me develop some different bread (ideas). It’s going to be elevated tea sandwiches, but still utilizing seasonal ingredients.

PM: Any specific dishes you’d like to talk about?

SL:  We’re going to have dim sum carts with small plates, but not with Chinese food. I frickin’ love the concept because it’s instant gratification and diners will get a lot of different tastes. I have a whole section on the dim sum cart that’s little blinis and pancakes. Instead of serving them traditionally with caviar, we’ll do tomato caviar, dashi caviar that we’ll make ourselves. I also want to do this killer fried chicken with fermented hot sauce and pickles. All the food is still very approachable. Rich (Furnari) has lots of tricks up his sleeve and I think it’s going to be incredibly fun for the diner.

PM: What attracted you to this new format?

SL: Honestly, the biggest attraction is that I’m a big drama nerd and this is so cool and such a unique concept. Nobody is doing anything like this in Phoenix. I like the immersiveness of the concept and I’m also excited because I’ve been doing the same type of food for a long time. I’m still going to use local farmers and local produce, but I’ve kind of been pigeonholed a little bit, so I’m excited to push myself to use some new techniques. I want to push the boundaries of what I was doing before.