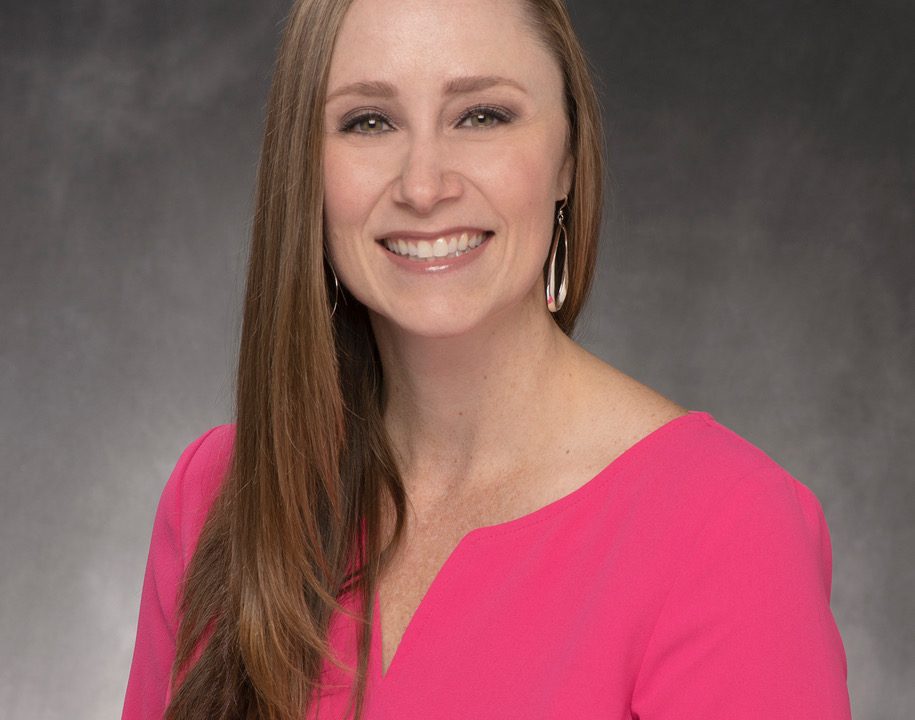 PHOENIX magazine recently caught up with Jill H. Johnson, Boys & Girls Clubs of Metro Phoenix director of strategic partnerships, to learn more about the work of this Valley nonprofit.

In 1998, when Ana Colombo’s daughter was in 2nd grade, she brought home a flyer from school about joining Girl Scouts.

On Thursday, March 13, 1997, thousands of people across the Southwest United States reported seeing an unusual V-shaped formation gliding across the night sky. The initial report came from a man in Henderson, Nevada, who said the large formation was silhouetted by reddish-orange lights and was heading southeast. Soon after, callers in the Prescott area described a triangular assemblage of lights that obstructed their views of the stars, indicating a solid object. Later, reports from Phoenix indicated the unidentified flying object was making its way towards Phoenix Sky Harbor International Airport. The phenomenon came to be known as the Phoenix Lights. 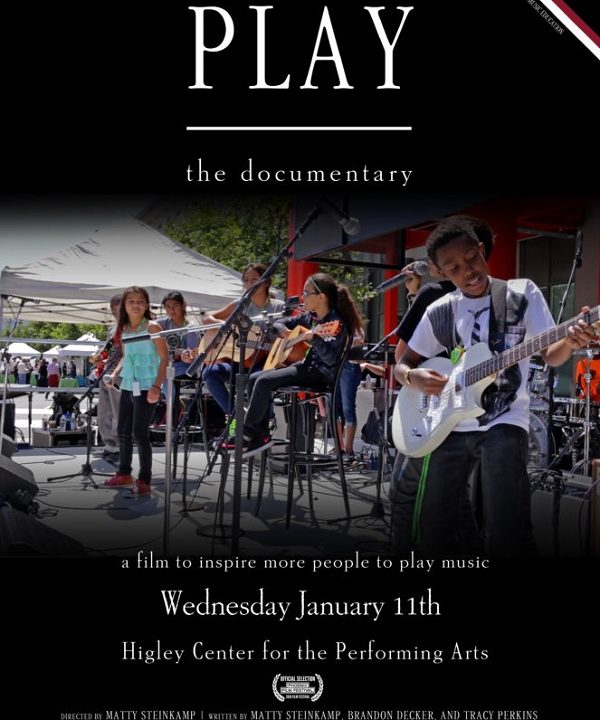 According to the National Center for Education Statistics (NCES), only 19 states provided funding for arts education grant programs in 2016. That’s just 38 percent of the country, and it shows the downward trend for arts programs in public schools; three years ago, “U.S. News” reported that since 2008, funds for schools had been cut in more than 80 percent of school districts – and arts programs are usually among the first curricular victims of budget cuts.

The importance of visual and performing arts programs – particularly music education – has been emphasized by everyone from educators and celebrities to scientists and students. Nonprofits and fundraising drives have appeared all over the country, including arts programs-deprived Arizona (which does not require credits in the arts for high school graduation, and does not require schools provide arts programs to be accredited). One of the local people trying to make a difference is Phoenix filmmaker Matty Steinkamp, creative director of Sundawg Media. He filmed and interviewed musicians, music educators, and students from all over the world for the documentary “Play,” to showcase the importance and magic of music in peoples’ lives. Among them are local music producer Bob Hoag, Phoenix-based musician Henri Bernard, and Nate Anderson of nonprofits Ear Candy and Little Kids Rock.

“Play: The Documentary” has screened in theaters around the U.S., and Steinkamp uses the screenings to raise funds for music education programs, and to provide instruments to schools. “Play” will show at the Higley Center for the Performing Arts in Gilbert on January 11, and all profits will go to the Foundation for Arts, Culture and Education of the East Valley (event details here ).
We recently caught up with Steinkamp to talk more about the movie and music education. 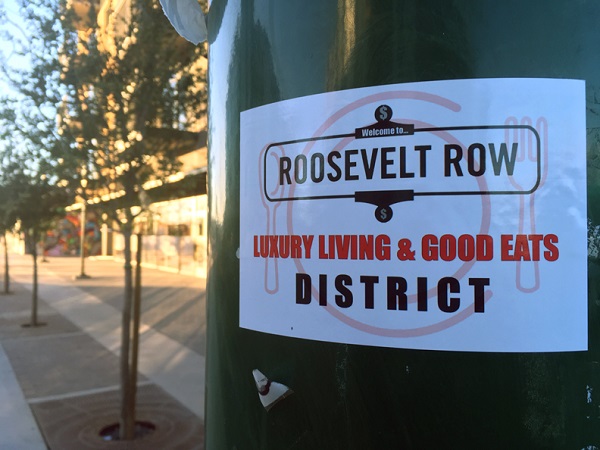 For years, Roosevelt Row in Downtown Phoenix has been known as the city’s main arts district. The area along Roosevelt Street from Seventh Street to Seventh Avenue once housed innumerable local art galleries, but over the past several years, many galleries have closed and many artists have left the neighborhood as developers construct new housing and rents rise. That’s one reason local creative Pete Petrisko thinks Roosevelt Row (aka “RoRo”) needs to stop being called an “Arts District” and be rebranded as a “Luxury Living & Good Eats” district.

Just prior to the First Friday art walk on Roosevelt Row in December, Petrisko designed a field guide and several rebranding stickers. The field guide was distributed at local venues, and nearly a hundred “Luxury Living & Good Eats” stickers were affixed to utility poles. We recently spoke with Petrisko regarding his rebrand project, which will be visible this First Friday in January. 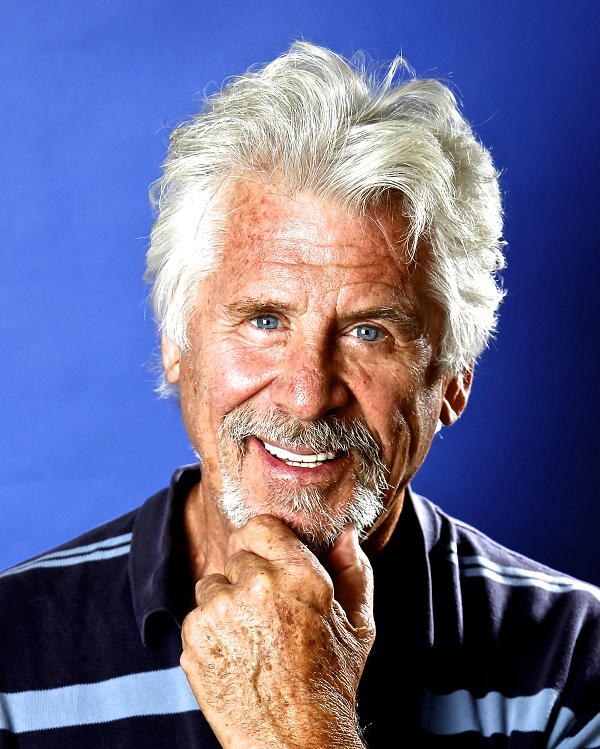 Few films have built communities around them the way 1975 cult classic musical “The Rocky Horror Picture Show” has. Fans worldwide have formed “shadow casts,” dressing up as their favorite characters to reenact the movie as it shows on the theater screen behind them, and bringing props such as toilet paper and rice to throw during key scenes. The movie is the longest-running theatrical release in history, and continues to screen at arthouse and indie cinemas across the country at midnight on Fridays and/or Saturdays.

Actor Barry Bostwick played Brad Majors in a cast of burgeoning talent that also included Susan Sarandon, Tim Curry, and Meatloaf. “It’s been a love fest for 42 years,” Bostwick says. “I know that’s boring, but it’s amazing how people have been drawn to this film like a moth to a flame, and just keep circling around it and don’t fly into the abyss, but are constantly enchanted by it.”

The cast reunited last year for the film’s 40th anniversary, and this year, Bostwick will host screenings of “The Rocky Horror Picture Show” in select cities. The party hits Mesa Arts Center on October 22. There will be a costume party before the film, and an audience Q&A with Bostwick afterward. We caught up with Bostwick via phone at his Hollywood home before he left on the tour to talk about the phenomenon that is Rocky Horror.

DIG IT Urban Gardens + Nursery is so Downtown Phoenix. The boutique nursery on 16th Street, just north of Thomas, sits on a small lot with lots of desert flora framed by a cement box of a shop covered in a bright mural of a skeleton with a saguaro growing out of its head. Co-founder Ryan Jerrell says when he and his business partner Tim Bishop launched in the fall of 2015, they wanted to offer Phoenix urbanites a break from the big box stores where they usually buy their trendy succulents. “A garden center should be a place where people can come on their lunch break” and have a more “hang-out vibe,” Jerrell says.

Celebrating DIG IT's one year anniversary this weekend with a birthday party, Jerrell hopped on the phone with me to answer some questions about the growth of urban gardening (and give me a tip or two on my pesky habit of killing every green thing I come in contact with). 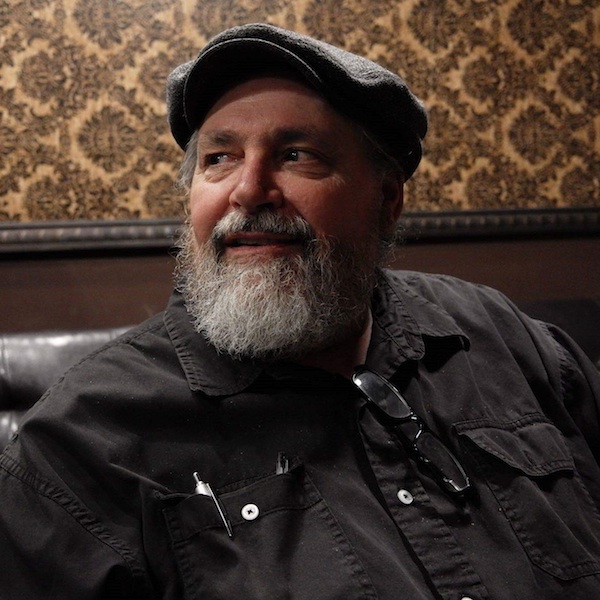 His author bio begins: “Bill Campana made his debut on December 8, 1955. Disappointed with his early attempts at life, he abandoned his native Bedford, Ohio, for Phoenix, Arizona.”

We took in a few films at the Phoenix Film Festival last weekend, including local doc “Play the Documentary,” a paean to the power of music and music education that is poised to make a splash nationally with screenings from coast to coast and participation in other film fests. 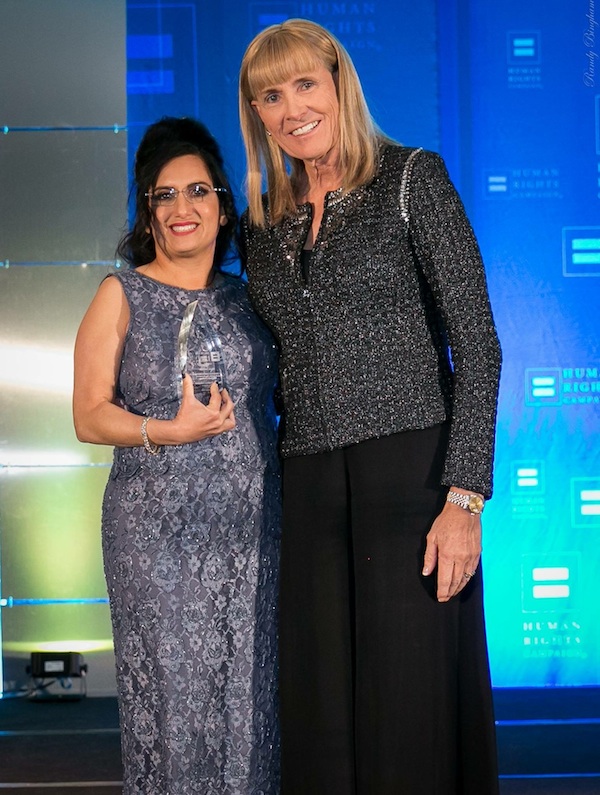 In our April issue, writer Amy Saunders chronicled Dr. Toby Meltzer's transformation of Scottsdale into a worldwide destination for gender reassignment surgery. In February, Meltzer and his frequent collaborator Senza Pelo MedSpa owner Maria DeNicola won the Independent Equality Award from the Human Rights Council for their work on behalf of the transgender community. While Meltzer has focused on the surgical side of transitions, DeNicola has tended to the rest, providing permanent hair removal and other services for more than 33 years. 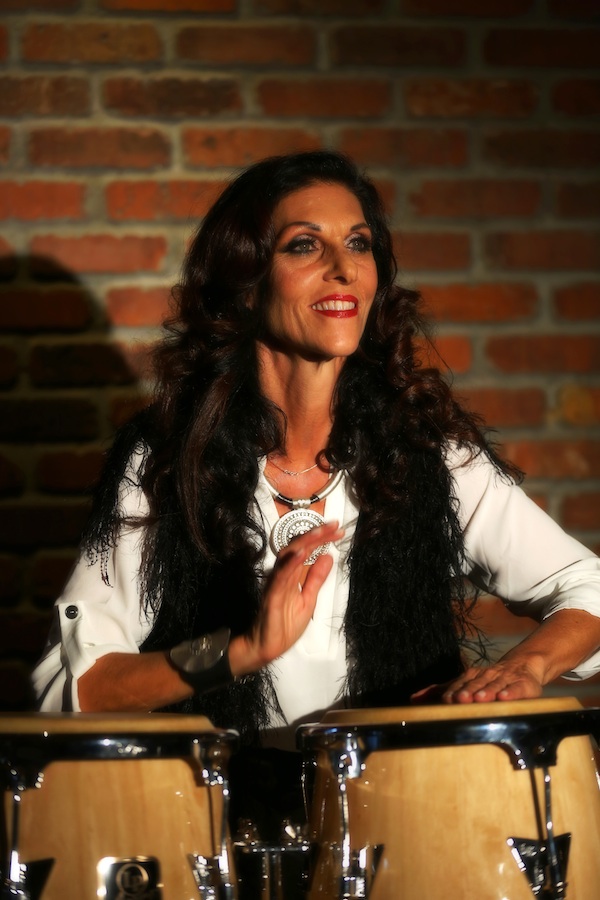 Before Sima Verzino opened Marcellino Ristorante in Scottsdale with her husband Marcellino, she was a performer and recording artist living in Rome. It’s been almost 20 years since they moved to the United States and Sima put her artistic career on hold for the restaurant business. Now, she’s ready to start singing again, and she’s re-launching her career with the help of a special guest and dear friend, Brazilian jazz star Jim Porto, visiting all the way from Rome. 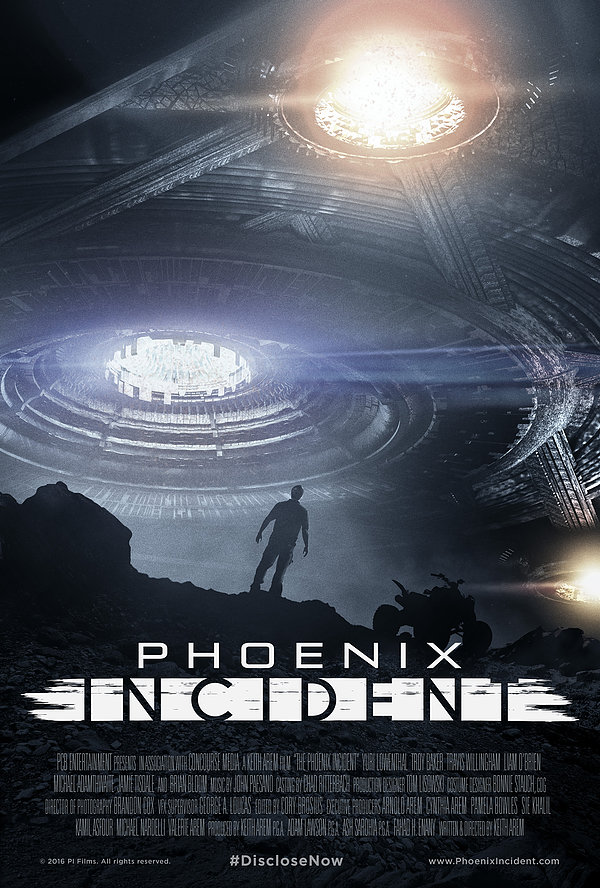 On March 13, 1997, thousands of people reported sighting a triangular light formation in the skies over Phoenix and Sonora, Mexico. Local police stations were flooded with calls. Numerous witnesses photographed the object, which reportedly moved south toward Tucson. Four men disappeared while off-roading in Estrella Mountain Park, never to be seen again. It was a night straight out of The X-Files. 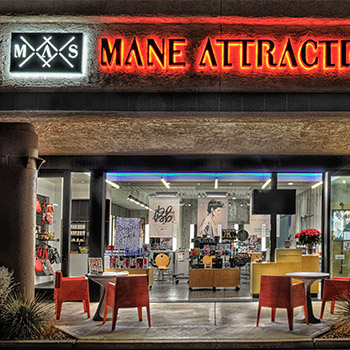 “When you look good, you feel good,” says Kendall Ong, owner of Mane Attraction Salon in Phoenix. “You have a certain confidence in yourself and bounce in your step.” 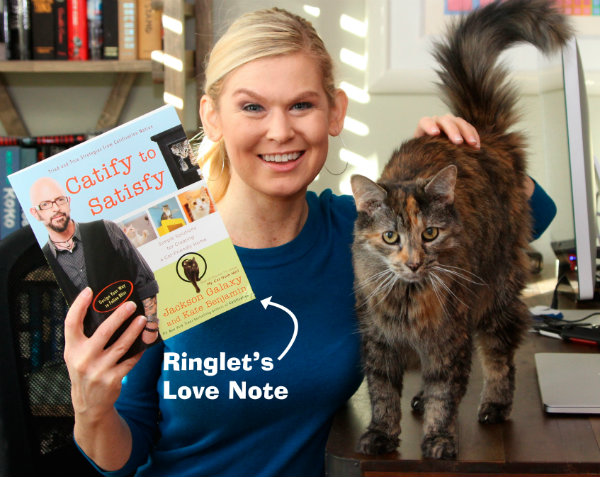 Every office has one: a feline fiend, a meow maven, a proponent of purrs – a crazy-cool cat lady. While the PHOENIX mag staff skews heavily cat-centric, nobody is a more passionate devotee of kitty living than our art director Mirelle Inglefield, cat mama to seven furbabies. 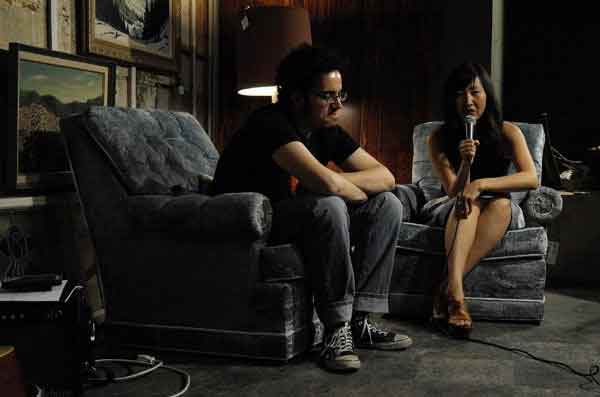 “There's a quote that I'm borrowing from Elvis Costello that he borrowed from somebody else,” Jared Duran says midway through our phone chat. “'Talking about music is like dancing about architecture.' I understand that in any art form, that if you analyze it to death, it loses all meaning.”