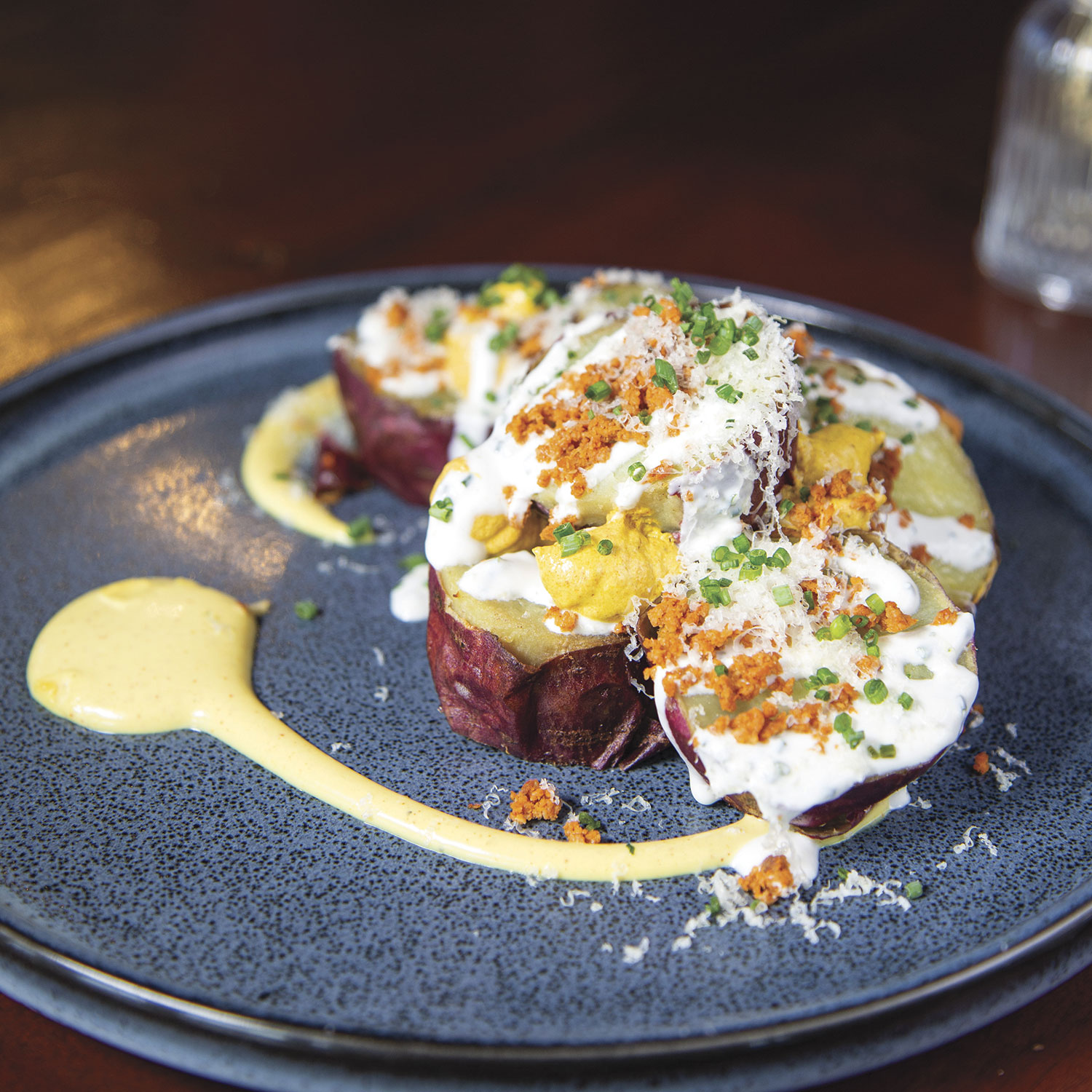 As tubers go, purple-skinned Japanese sweet potatoes are loaded with healthy nutrients, fiber and, of course, those ubiquitous carbs. But nutrition aside, the vegetables, known as satsumaimo in Japan, are light and fluffy, with a sweet but earthy flavor that pairs nicely with almost any sauce or cooking method.

At Santé (15507 N. Scottsdale Rd., Scottsdale, 480-687-3189, lovesante.com), executive chef Saul Velazquez uses them to elevate the venerable baked potato side dish. He cuts the roasted Japanese sweet potato ($14, pictured) into rounds and places the pieces atop a colorful and velvety coconut curry yogurt sauce brightened with ginger. Once the skin-on potatoes are anchored to the sauce, Velazquez melts raw cow cheddar cheese over the medallions, and then showers the plate with chicken chorizo bits. To finish, he drizzles chive yogurt and a deviled egg-inspired charred egg cream over the top. “It’s a riff on something common, but unique to our concept,” Velazquez says.

The yellow flesh of the potato is custardy and sugary, making it a good base for sweet potato doughnuts ($8), says chef-owner Michael Babcock of Belly (Two Valley locations, bellyphx.com). He first tasted the sweet tubers in Thailand and suspected they’d be a hit on his tidy, two-item dessert menu. He makes a dough of sweet potatoes, flour, cornstarch, baking soda and salt, and then rolls the mixture into pliable orbs, which he then drops into bubbling canola oil until they emerge a beautiful golden brown. “The outside caramelizes and gets sugary and crispy in a really delicious way,” Babcock says. He perches the doughnuts on a splatter of chartreuse-green coconut sauce laced with pandan, a concentrated form of a grassy stalk that grows in sandy areas across Southeast Asia. The blissfully crisp doughnuts are supple inside and come seven to an order.

For a traditional preparation, stop by Bisutoro (2502 E. Camelback Rd., Phoenix, 602-560-0033, obonsushi.com) at Biltmore Fashion Park. Too dense to grill raw, the thick-cut root vegetable is blanched in boiling water before finding its way to a robata charcoal grill, then brushed with a compound miso butter followed by a sprinkle of sweet miso sauce and chives ($9). “When you’re trying to compose the perfect bite, you need a balance of flavors – sweet, salty and smoky from the grill – along with some texture as well,” says Rick Schweizer, Bisutoro’s general manager. Served with a squeeze of lemon to equalize the competing elements, this dish has a nutty, sweet flavor that lingers long after the plate is gone. 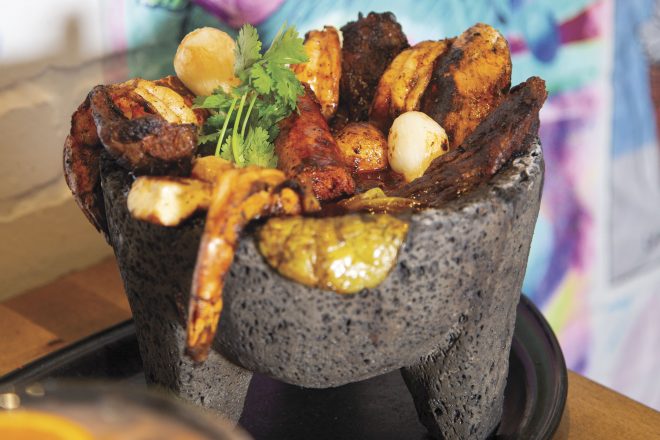 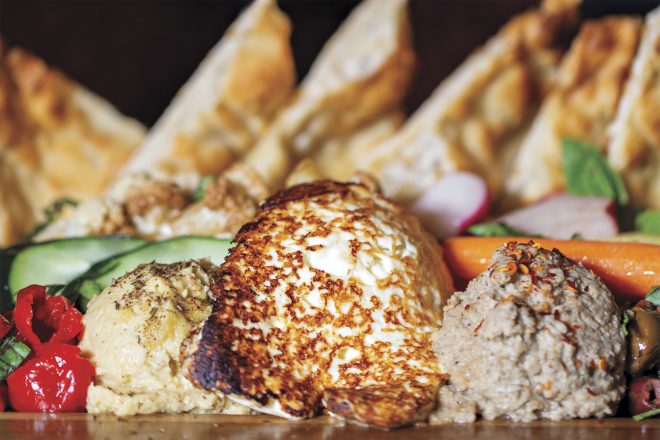