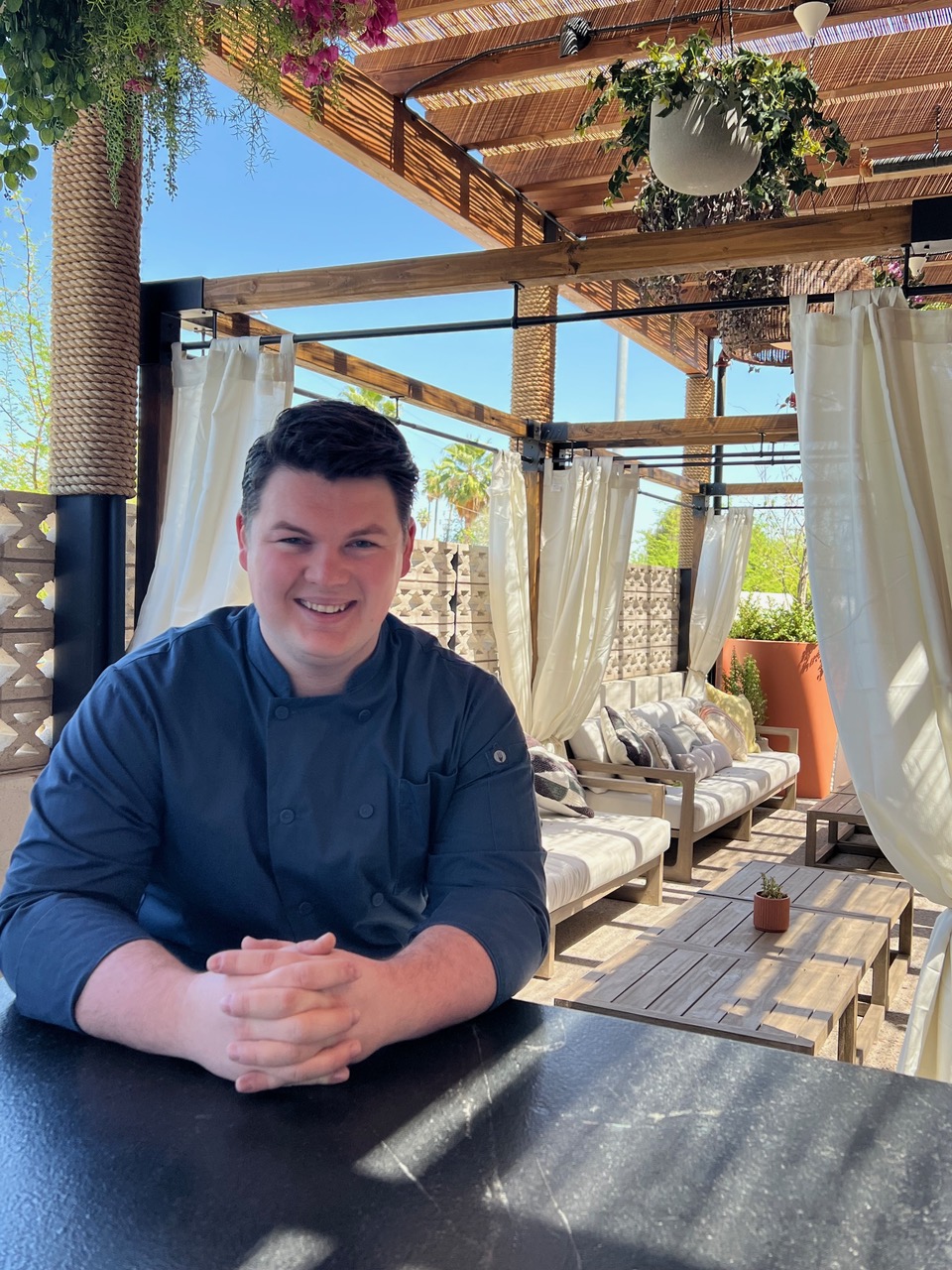 When we last spoke with Peter McQuaid in 2016, he was just starting culinary school at the International Culinary Center in New York City after winning a scholarship from Careers Through Culinary Arts Program (C-CAP). Today, the 24-year-old McQuaid is the executive chef at Cala, a Clive Collective restaurant in the new Senna House Hotel in Scottsdale.

After culinary school, McQuaid spent time in the kitchen with chef Beau MacMillan at The Sanctuary and then worked alongside MacMillan, now culinary director of the Clive Collective, as executive chef of Money, Baby in Las Vegas. Here’s what McQuaid had to say about his new gig.

Can you describe how it feels to be an executive chef at 24 years old?
It’s been an incredible journey. It’s been a wild ride, but I feel like I haven’t stopped ever since going to culinary school and living in New York City. Ever since then it’s just been go, go, go. To open two restaurants in under a year at the age of 24 is pretty surreal, but I don’t really look at it like that. I take care of my kitchen, my team and our food and beverage program first, then everything else falls into place.

What challenges did you have opening Cala?
Challenges, not too many. Obviously, staffing is a challenge around Arizona, but I got very lucky. I’ve got an amazing team in the back, which I’m super grateful for. We hit the ground running on opening night and we’ve been packed every night since. We’re in the Senna House Hotel, which is brand new, so it was really cool seeing the whole hotel and restaurant be built together and open together.

Did you have a hand in putting the menu together?
Chef Beau and I basically tag-teamed the menu. We started off with a blank canvas and put our heads together. The restaurant is a coastal Mediterranean restaurant, so coastal cocktails and cuisine is kind of our slogan. Think Italy, France, Greece, Spain or anything along the Mediterranean coast is what we’re geared toward. Décor, the same thing. We have a lot of greenery in the restaurant and very earthy and beachy tones. We want people to feel like they’re on vacation or on an escape somewhere different.

What are some of Cala’s signature dishes?
We make handmade pastas every morning and make our pizza dough in-house for our amazing artisan pizzas. We have a great tuna tartare made with compressed heirloom tomatoes, capers, lemon and a lot of Mediterranean spices; and our lamb kaftas, which are made from Mediterranean-spiced ground lamb that we put around sugarcane sticks and serve with tzatziki sauce on the bottom. It’s fun. You eat it with your hands and it’s a playful dish. Those are the big standouts, but the backbone is our pizza and pasta program.

Cala is built on land that once housed Don & Charlie’s. Do you have any menu items in tribute to the once beloved Scottsdale institution?
Not on the menu, but we do have a Don & Charlie’s memorabilia wall over by the front desk. We had a designer and painter come in and they did renderings of some of the old school D&C memorabilia. Don was just in for dinner last night. He’s a big supporter. It’s cool to be in such a well-known spot. When anyone asks me where Cala is, I say it’s where Don & Charlie’s was and everybody knows exactly where that is.