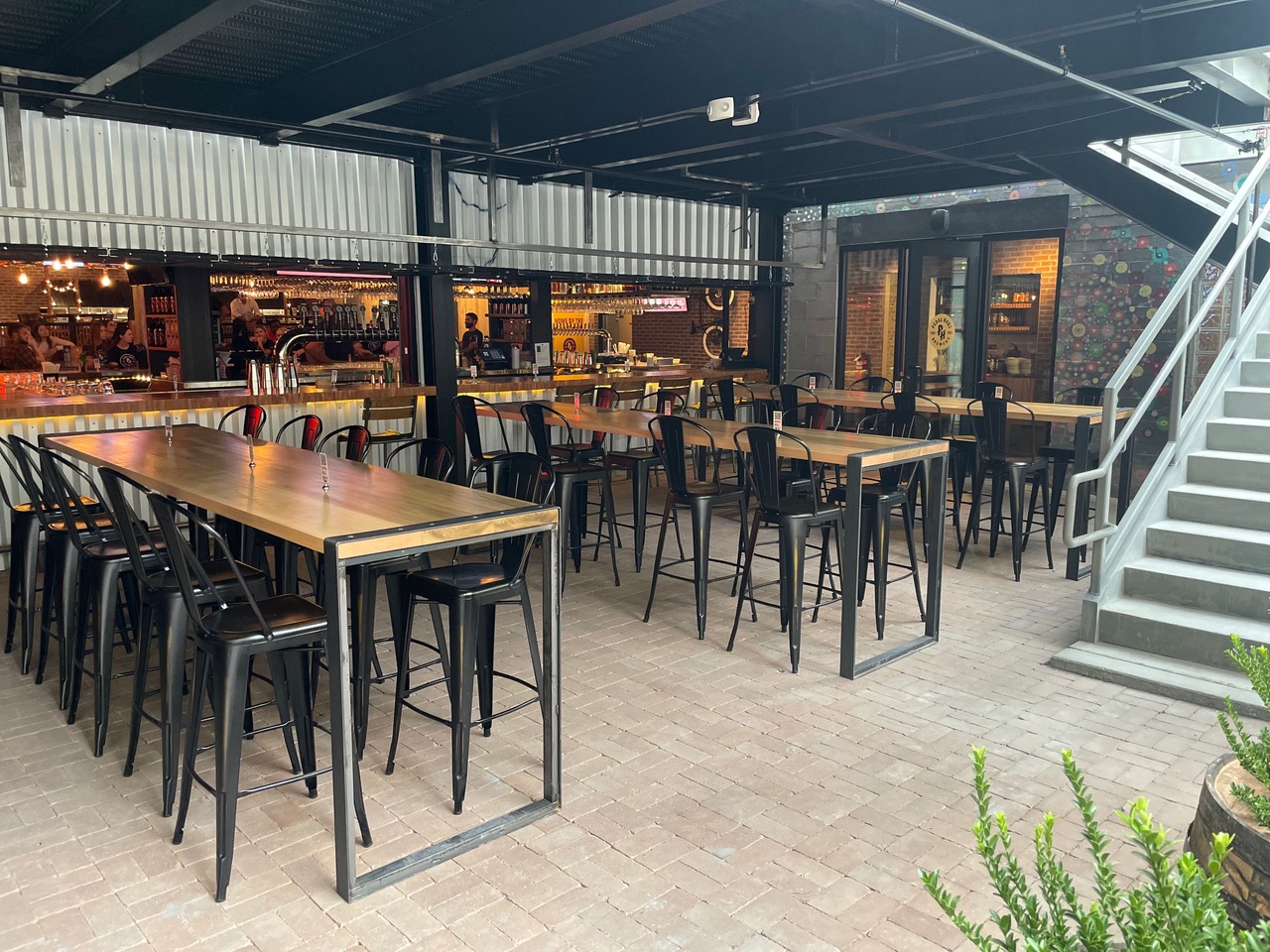 How did you become a brewmaster?
I was living in Dallas and working as a disc jockey going through chiropractor school. Graduated in early 1996. I did a little (chiropractic care) in California, but I was homebrewing a lot and that’s all I wanted to do.

Do you brew the beer for all Pedal Haus locations?
We only have one brewery here, so yeah. We have a great time. There are three people back here who are amazing. Well, two are amazing, and then there’s me.

How big are your batches?
It depends, but we can knock out about 15 barrels for an IPA, which is 30 kegs.

How do you come up with new ideas?
For about five years I tried to come up with new ideas, but I realized there’s nothing new. Everything has been done by someone and there’s a reason it’s not popular. I respect those people who do peanut butter beers and all that. In fact, the first time I tried a peanut butter beer it blew my mind and I really wanted to make one just to say I did, but I like beer-flavored beers. Traditional styles. We do seasonal brews like a peppermint porter and play with some unusual stuff.

What do you do with an experiment that just didn’t work?
It’s much cheaper to dump beer down the drain than to serve it to someone. Never try to sneak something past people that you’re not happy with. If you’ve got a better product, give them that.

Which is the most popular?
Our light lager seems to be the most popular. The Day Drinker. The majority of people who walk in are going to ask for an IPA because they don’t know what they want, but it’s cool to ask for an IPA. You can drink one or two IPAs and you get pretty full, but light lager, we can keep bringing it to you. That’s why we call it Day Drinker because you can drink it all day.