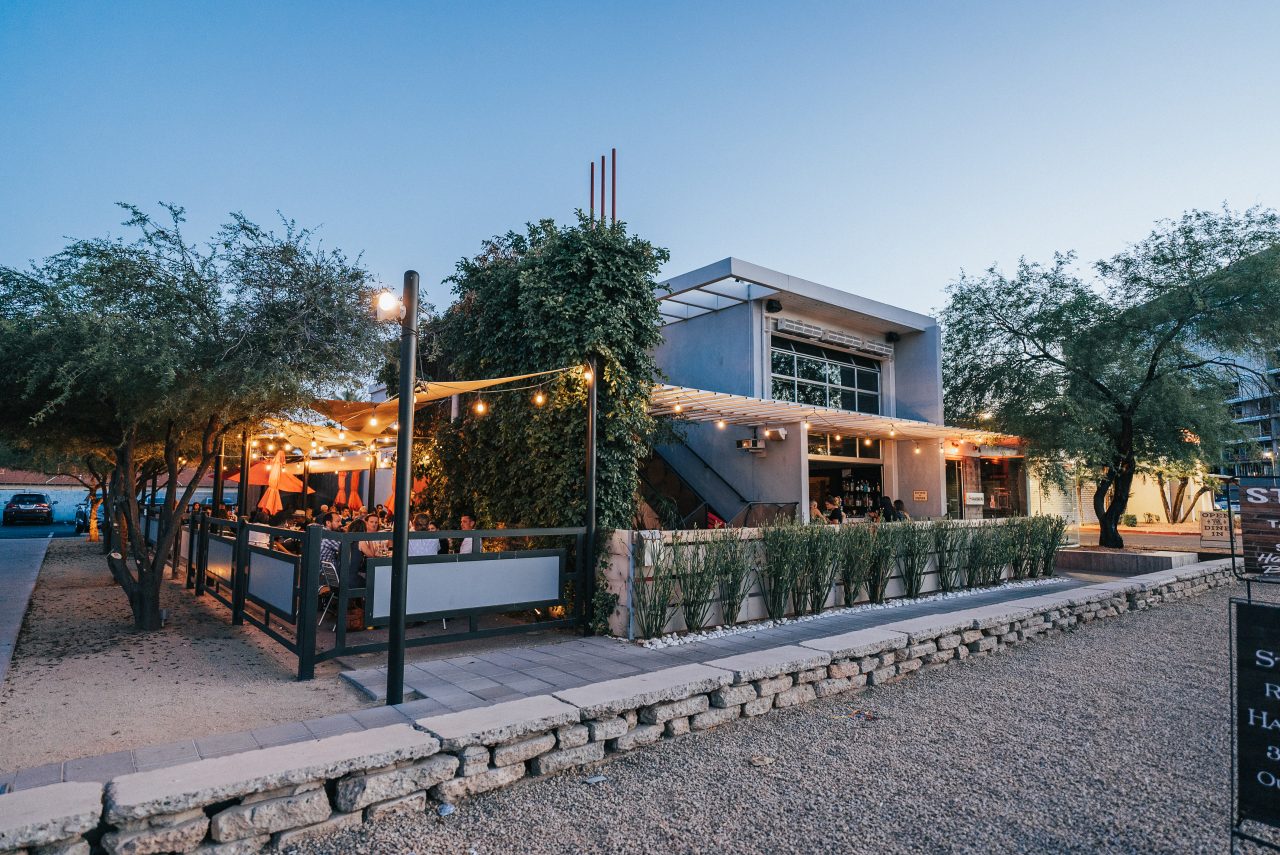 St. Francis was an Uptown Phoenix institution of sorts, serving as both a community gathering place and a solid place to enjoy gourmet global fare.

Nestled in a historical building on Camelback Road just east of Central Avenue, its name was derived from a neighborhood land deed dating back to the mid-1930s and was originally owned by the Brophy family. St. Francis’ former chef, Aaron Chamberlain, made his mark on the area through a menu made up of simple, satisfying New American dishes.

Now, the restaurant formerly known as St. Francis is getting a major facelift, while retaining the rustic charm and worldly bill of fare that gave it such an esteemed reputation in the first place.

With a new chef (Robert Bogart) and a new name (Oak on Camelback), the restaurant is ready to roll into the new year and continue to serve the community for many years to come.

Bogart graduated from the Scottsdale Culinary Institute in 2001, going on to serve as executive chef at Elway’s Steakhouse at the Ritz Carlton in Denver and spent several years opening a series of restaurants in Temecula, California. He returned to the Valley in 2019 and purchased St. Francis, eager to relaunch and rebrand the lauded restaurant. The pandemic postponed his plans.

Now, temporary signage adorns the restaurant, and the menu has been revised and revamped. Bogart, whose love for cooking began over a wood fire while camping with his grandfather in Texas as a kid, focuses on seasonal, sustainable ingredients and uses traditional techniques with his own twist.

While Bogart has added his own flair to the fare at Oak on Camelback, he has kept some of St. Francis’ signature dishes and its stunning, custom wood-burning oven. Some of the new dinner menu items include scallops and wild mushroom risotto, pork belly banh mi pho dip and Thai peanut salad. Creative brunch concoctions include lox pizza and mascarpone-stuffed French toast. He aims to bring approachable fine dining to Phoenix.

Oak on Camelback is a refreshing blend of old and new – classic charm with a modern culinary philosophy. We’ll always remember St. Francis but we welcome Oak on Camelback with open arms.