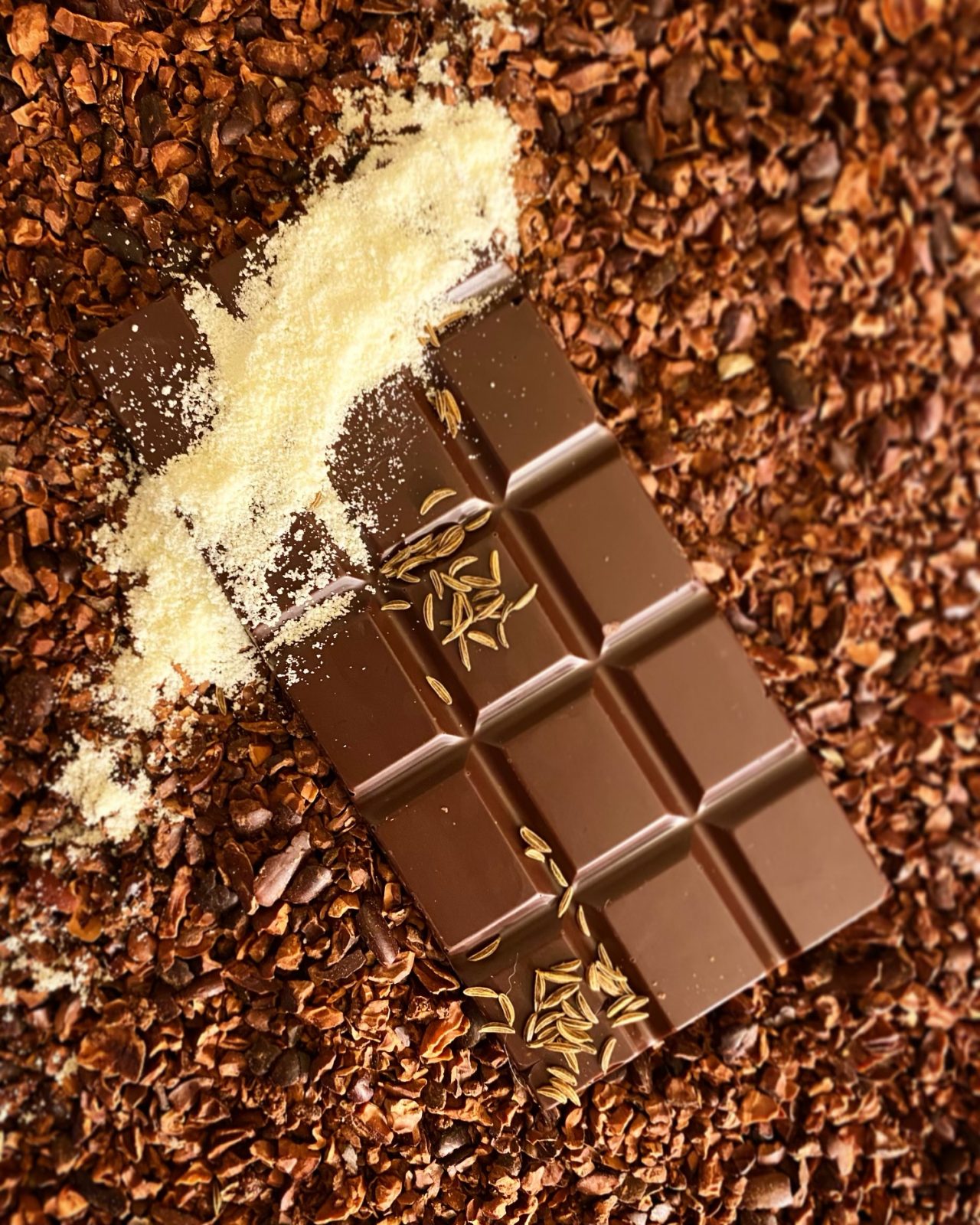 Tandy Peterson is not your average woman, your average chef, your average anything. She’s a former line cook at the original Binkley’s in Cave Creek (where she learned to hang tough with the big boys) and the former chef de cuisine at Mowry & Cotton at The Phoenician Resort. She also staged in 2016 at Asador Etxebarri, a Basque restaurant in Spain that has made The World’s 50 Best Restaurants list on multiple occasions. This past summer, she cooked at a remote hunting camp in the Arctic Circle of Alaska, where she learned to break down Dall sheep and caribou — and has done so on 22 occasions. She can also make a beautiful bar of chocolate. In fact, chocolate is her new obsession. Peterson says she’s always loved it (as most normal human beings do), but since she left Mowry & Cotton this past summer, her hobby has morphed into what looks like a new career. She got the idea from a hunter at another hunter’s camp she cooked for last fall, a man whose niece owns Ashley’s Candy and Nut Shoppe in Ashland, Ohio. When he asked her if there was anyone in Phoenix making artisanal chocolates, anything much more interesting than See’s, the question got her thinking. She bought supplies last January and tried making a few batches, reaching out to fellow Binkley’s alum Andrew Black, who now makes chocolate for Mast Brothers in Brooklyn. She visited the facility where he works, then went home, made more chocolate and sent it to him (its questionable quality embarrasses her now) and asked him a boatload of questions.

She’s come a long way since then. You see, most chocolatiers don’t make their own chocolate but rather buy it from companies like Valrhona and Callebaut. Chocolate makers like Peterson, on the other hand, make “bean to bar” chocolates, a term cookbook author David Lebovitz says is “reserved for chocolate that has been produced entirely under the maker’s control, from the cacao bean to the wrapped bar.” That’s what Peterson is doing, and she says the learning curve has been steep, the experience humbling. She buys ethically sourced cacao from farmers in far-flung places like Bolivia, Colombia, Uganda and Madagascar, which share the same tropical belt with coffee. And like coffee or wine, cacao beans reflect their terroir. Her bars contain no additives like milk powder, which, she says, change the flavor and texture of the chocolate.

She’s learned a lot about packaging too, getting help from a graphic designer who created a logo that looks like both roots and flames. The name of the chocolate will be Embers because, she says she’s been involved with fire in one way or another — camping, cooking, roasting beans — her whole life. She plans to collaborate with other chefs and people in the industry and imagines, for example, that brewers might want to put roasted cacao nibs in their beer, and she might want to put malt in her chocolate. She vividly remembers a Turkish coffee that Chef Jay Bogsinske made containing ground pine. She mentioned it to her chef-friend Brett Vibber, who harvested pine needles for her, which she dried to put in her chocolate. She’s also using a seed blend created by Valentine Restaurant for one of her bars, and it’s fabulous, my favorite bar of the four I’ve tried so far. But honestly, they’re all lovely and surprisingly different — one bright and fruity, a second (that seed bar) rich and savory, a third reminiscent of hot cocoa and a fourth offering notes of tobacco, raisins and lime. From her Instagram posts, I’m guessing she has plenty more in the works. She hopes to sell her chocolates as turn-down amenities to The Phoenician and to Terra Farm + Manor near Prescott. The girl has got a lot going on. She should be ready to sell her $8-$10 chocolate bars both hand-to-hand and through Instagram by October. Down the line, they may also be available at Noble Eatery and Valentine. Find her on Instagram at @tandypeterson or @emberschocolate.