Smoke Show: To quote the great philosopher Nelly, “It’s gettin’ hot in herre.” Herre = the Arizona Biltmore, A Waldorf Astoria Resort, which recently underwent a massive renovation and in which new restaurant Renata’s Hearth is slated to open on May 18. As its name hints, the eatery will focus on dishes cooked in a wood-fired oven. “We believe that Renata’s Hearth will be unlike any other restaurant that exists in the current Arizona culinary scene,” says general manager Cornelius Cover. “The alchemy of authentic flavors and the essence of smoke mesh in a sophisticated atmosphere perfect for nights out and special occasions.” Chef Jesus Figueroa Ortega (formerly of Tarbell’s and Café Monarch) drew on his Latino heritage to create a menu of Central and South American dishes using Southwest ingredients. To wit: mole negro-rubbed smoked Wagyu brisket, pozole blanco and grilled branzino. Also look for a whimsical craft cocktail cart and a fresh guacamole and Spanish charcuterie cart. The “smoke-kissed, sultry dishes” will definitely heat things up. Maybe keep your clothes on, though, Nelly.

At Last: Following the success of his Old Town outpost of Maple & Ash, chef/restaurateur Danny Grant is expanding yet another of his Chicago-area concepts to Scottsdale. This time he’s looking north to Scottsdale Quarter, where his What If Syndicate restaurant group will soon debut etta. “We are thrilled to expand our restaurant portfolio in the Scottsdale market as we’ve been incredibly happy with how Maple & Ash has been received by the community at large,” says David Pisor, managing partner of What If Syndicate. “We are truly impressed with the vision behind Scottsdale Quarter and value our partnership with Washington Prime.” Like Renata’s Hearth, etta will also focus on wood-fired food, but instead of a sexy Latin vibe it will have a comfy, garden-like atmosphere. Diners can look forward to wood-fired pizzas, scratch-made focaccia, house-made pastas and fresh salads.

Anniversary Gifts: Macayo’s Mexican Food will celebrate its 75th anniversary on September 26. Instead of asking for gifts, it’s giving them – in a flurry of special discounts leading up to the big day. Take advantage of the following deals the next time a taco craving hits:

Core Strength: Syracuse, New York-based chain CoreLife Eatery is opening its second Arizona location next week in Gilbert. This spot will be led by managing partner Adam Archuleta, a former NFL player and current game analyst at CBS Sports with deep roots in the Valley. CoreLife emphasizes food worthy of training athletes – fresh, healthy ingredients free of antibiotics, GMOs, trans fats, artificial colors, additives and sweeteners. Think salads, soups, bone broth, grain bowls, wraps, tacos and dinner plates. On Thursday, May 20, the new location will have a soft opening for Pay What You Want Day, with 100 percent of proceeds going to Phoenix Children’s (so don’t be a cheapo). Friday, May 21, is the grand opening.

Stogies and Hooch: If whiskey and cigars are your personal peanut butter and jelly, we have the event for you. On Friday, June 25, Match Market & Bar at FOUND:RE Phoenix Hotel will be hosting a four-course pairing dinner complemented by interesting whiskeys and premium cigars from Fumar Cigars (available for purchase). Reservations are required, and the cost is $129 per person, plus tax and gratuity. Here’s the set list to get you salivating:

Bowl-ed Over: Starting next Monday, May 17, Koibito Poké is rolling out a new menu of signature bowls. Each bowl includes three proteins and additional toppings for $13.99. The first two bowls, below, will be followed by four more over the next several months. 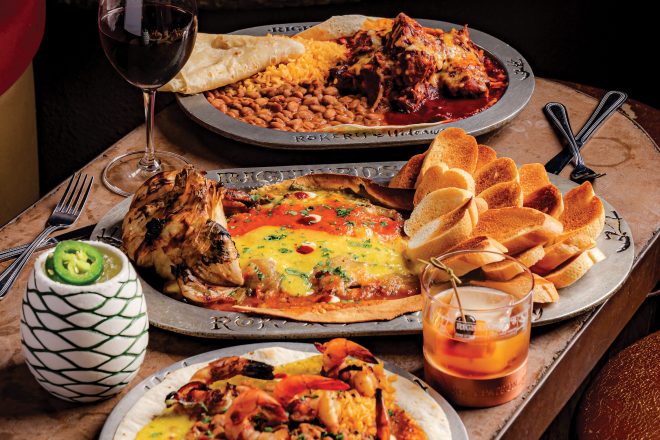 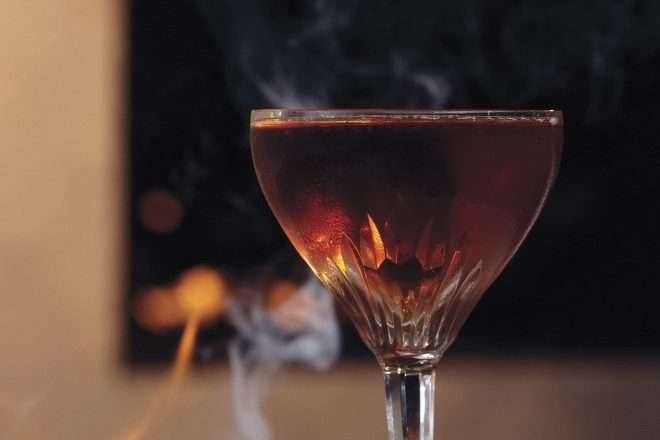