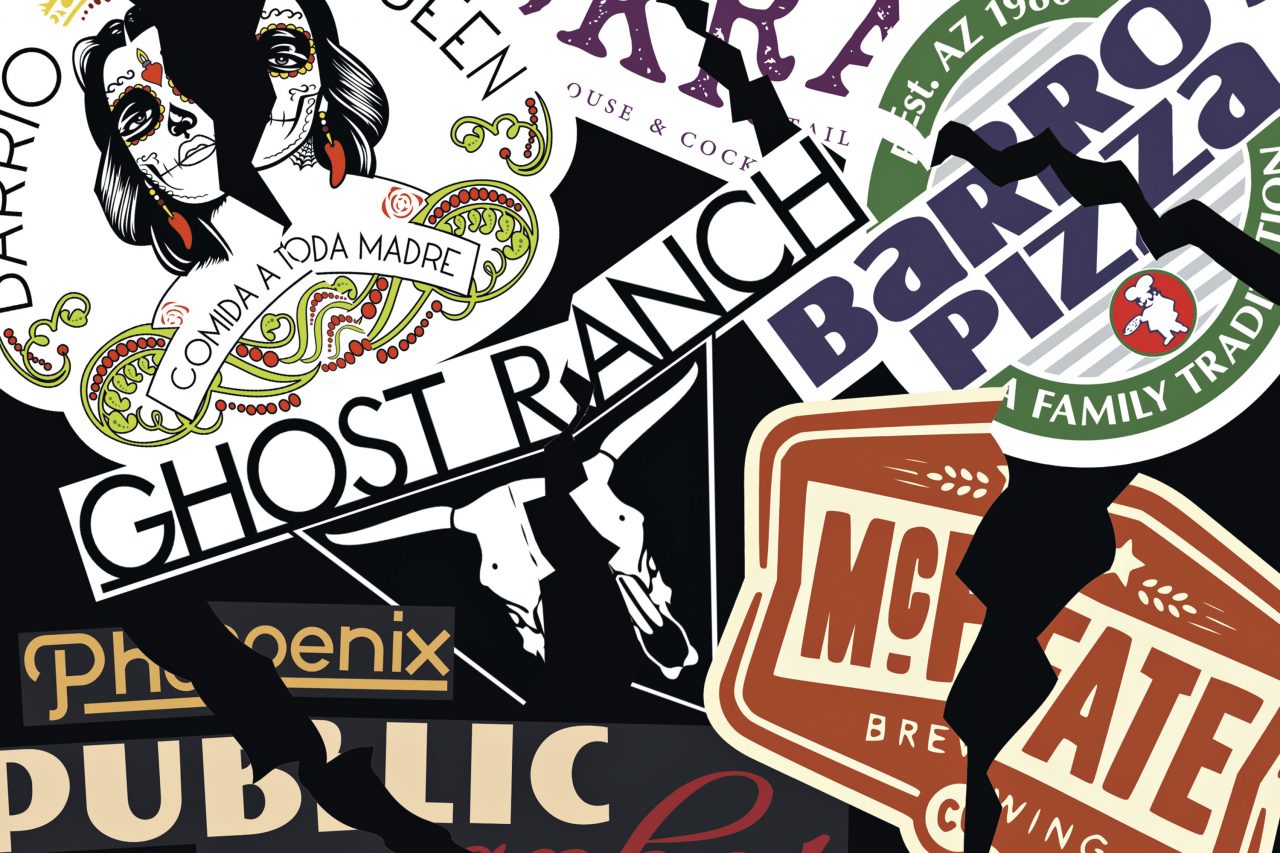 Who gets custody of a business’s fans and followers when its founding partners split? That’s just one modern question Valley businesses face when their principals get a “business divorce.”

When a local business is hot enough to cultivate a fervent following – not just anemic likes on Facebook, but passionate customer evangelists enthusiastically singing its praises around town – a split between founding partners can leave those dedicated patrons feeling as confused and conflicted as kids in a messy divorce.

Certainly business breakups can be complicated legal affairs, impacting not only the partners but also employees, suppliers and investors. But for devoted habitués of the business, particularly when it’s a restaurant, the split can feel personal, dividing loyalties toward each principal like the friends of a divorced couple forced to choose sides in the James Taylor song, “Her Town Too.” She gets the Instagram followers, he gets the boardroom.

“It can be confusing for customers,” admits Dan Mei, who, together with brothers Brian, Geno and Ray, founded Nello’s Pizza, a Chicago-to-Phoenix family affair that has garnered local best-of awards and national recognition on the Food Network and Cooking Channel during its 36-year run. In 2016, customers learned via a Facebook post that the chain had been sold to the Iowa-based franchise Happy Joe’s, which would ultimately close all of its Arizona locations less than a year later. But Mei says that announcement of the sale only applied to two of its four locations, which had by then become independently operated by each of the founding brothers. “We even have different websites,” he says, pointing to one cause of the confusion.

“Two of my brothers decided they didn’t want to do it anymore, so they sold their restaurants to some people outside the family,” Mei explains. Ray is now in what Dan will only say is a “totally unrelated field,” while Geno is working as the captain on Saguaro Lake’s Desert Belle cruise boat. “He lives out in that area, and I think it fits his demeanor more than the grind of a restaurant operation.”

But Dan, 73, still runs the Ahwatukee location, and Brian, 64, runs the restaurant in Mesa. Each restaurant is run a shade differently, however.

“After a few years, the recipes started to change, with regards to crusts and sauces,” explains Mei, who says Nello’s came from the Italian nickname for Neil, one of his mother’s multitude of grandkids. “Once in a while we get customers who say, ‘Your pizza’s not the same as the other locations.’ But we just say, ‘Hey, you’re dealing with two brothers who each have very different ideas.’ The dumbest thing I ever did in my life was to get in business with my brothers!”

According to Aaron, the neat division of east- and west-side restaurants was a simple matter of geographical convenience. “The easiest thing was for him to take the East Valley and for me to take Downtown Phoenix,” he says. Still, even fans question the brothers’ abilities to run restaurants independently, considering their diverse strengths.

Can Aaron, the trained chef and the dining expert of the duo, run a business? And can Dave, the businessman who came from a background in real estate development, run a kitchen?

“After a decade of working together, I learned more about the business and he learned more about the restaurants,” says Aaron, who notes that he and his older brother came from a home with eight kids, and didn’t know much about each other until they started working together “I was in elementary school when he left the house.” Ultimately, Aaron says, “We only wish the best for each other.”

Sometimes, the divorce happens not between family members but between entrepreneur and investors. Just ask Steve McFate, founder of Fate Brewing, who wrestled over branding for more than three years with a like-named brewery in Boulder, Colorado. McFate was the first to open a brewery but second to trademark the name, a fact that ultimately forced him to rename the Scottsdale company McFate Brewing. After the Colorado company filed for bankruptcy in fall 2018, McFate re-acquired the rights to the original name. But by then, his investors had voted him out.

While McFate says he’s unable to comment on the circumstances leading up to the split, he is taking it in stride. “Taking the summer to reset, refresh and contemplate,” he says. “Nothing in particular in the works, but I can’t imagine staying idle.”

Silvana Salcido Esparza, the charismatic chef behind award-winning Phoenix restaurant Barrio Café and its Grand Avenue spinoff Barrio Café Gran Reserva, is much more open in talking about her divorce from restaurant industry vets Steve Rosenfield and Linda Nash. In 2011 she partnered with the couple to create Barrio Queen, a chain of three (soon to be five) Mexican restaurants around the Valley that were originally based on Esparza’s concept of a casual taco shop inspired by her travels through Mexico. But she split with the partners in 2014, after feeling “forced to modify the original menu and to challenge my personal integrity – integrity to self and my culture,” says the Mexican-American activist, “which I will not stand down from.”

Her website now shouts, in all caps, “NOT ASSOCIATED WITH BARRIO QUEEN” – even as that chain continues to garner its own awards and plans new locations in Tempe and Queen Creek.

“Divorcing yourself from your business partners is much like a personal divorce,” Esparza says. “At first, you are hurt, angry and perhaps in disbelief that you have lost a relationship that you placed so much faith, love and hope into. My child was Barrio Queen, so yes, I cared what happened to her. Her success is my success.

“But her failures, much like in divorce, are the other parents’ fault,” she adds. “I lost my ‘child’ in the divorce, so that hurt deeply. It took four years and six months’ worth of therapy to work my emotional loss out.”

She’s no longer nursing her wounds, however, currently creating a Mexican food concept for a new luxury cruise line, collaborating with East Coast restaurateurs and adding vegan and vegetarian options to her Barrio Café menu, a concession to her own recent battles with sarcoidosis, a rare inflammatory disease that’s forced her to modify her diet.

“I can honestly say that at this point, I am perfectly content with not giving a hoot about what happens at Barrio Queen,” says Esparza, with typical frankness. “It’s better for my health this way.”

Breaking Up is Hard to Do

Sometimes business divorces are spawned by actual divorces, as in these high-profile foodie splits.

Azucena Tovar and Jeff Smedstad
The cocina Mexicana power couple went kaput años ago. She got Los Sombreros in the split and still runs the South Scottsdale cantina. Smedstad, meanwhile, has made a name for himself with the legendary Elote Café in Sedona.

Maureen McGrath and Cullen Campbell
She ran the front of the house while he ran the kitchen at Crudo and Okra. She moved out of state after their divorce. Campbell shuttered Okra, then transformed Crudo into Bar Pesce, which closed in July.