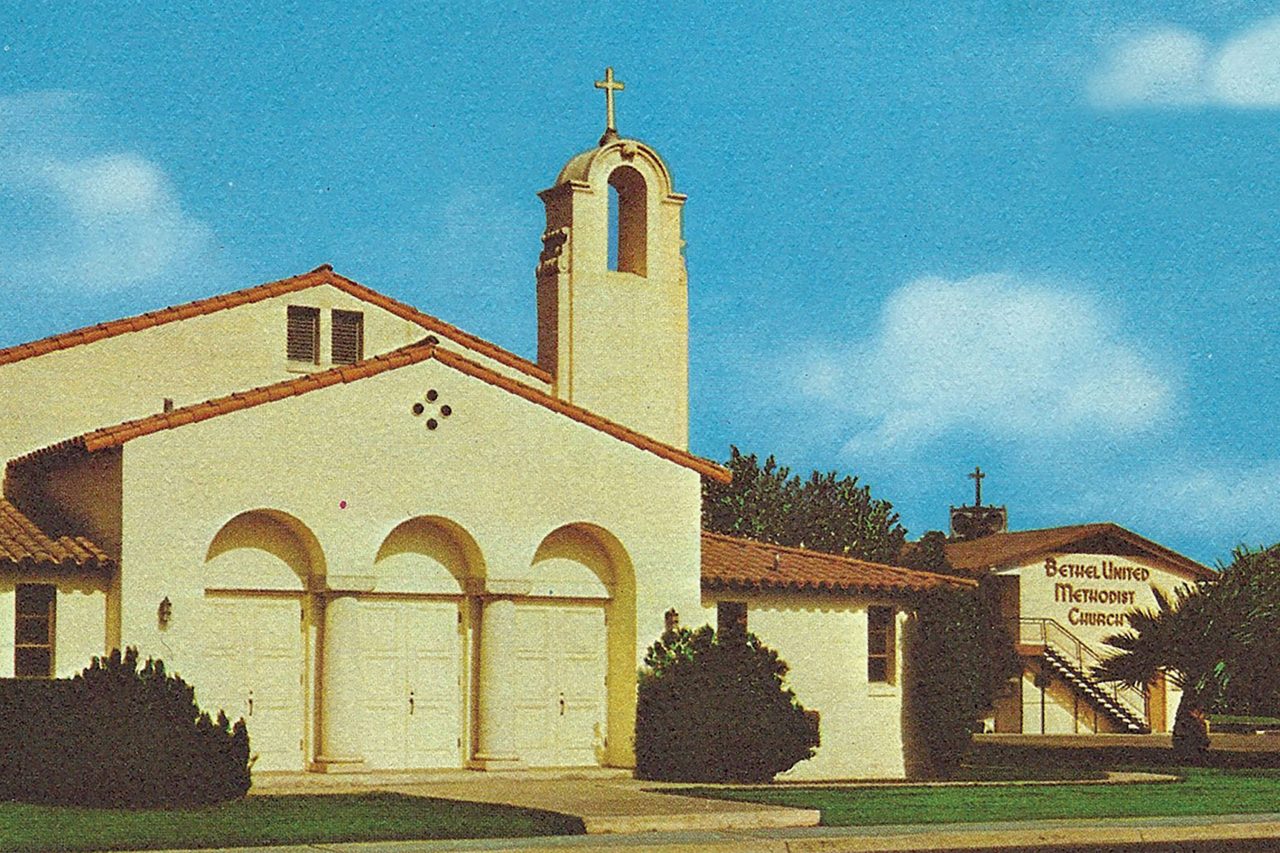 Dining at Taco Guild brings some patrons to tears – and it’s not because of the spicy salsa or artisanal tequila. “One night, a guy was sobbing at a table, who we learned had been baptized along with his brother in the former church,” Sean Snelling, the restaurant’s director of operations, says. “He wasn’t going to come back in because he was afraid of what the building might have become, but he was really impressed with the adaptive reuse.”

The restaurant operates in the former Bethel United Methodist Church located at the northwest corner of Seventh Street and Osborn Road. With its stained-glass windows, church pew seating and soaring vaulted ceilings, Taco Guild makes no effort to disguise its ecclesiastical past – quite the opposite, in fact. As such, it’s a popular reunion spot for former parishioners, who bring keepsakes such as wedding albums and reminisce. “Surprisingly, we’ve never had any negative feedback,” Snelling says. “People tell us they’re so glad we didn’t let them rip this building down, and that they can still come back and visit it.” 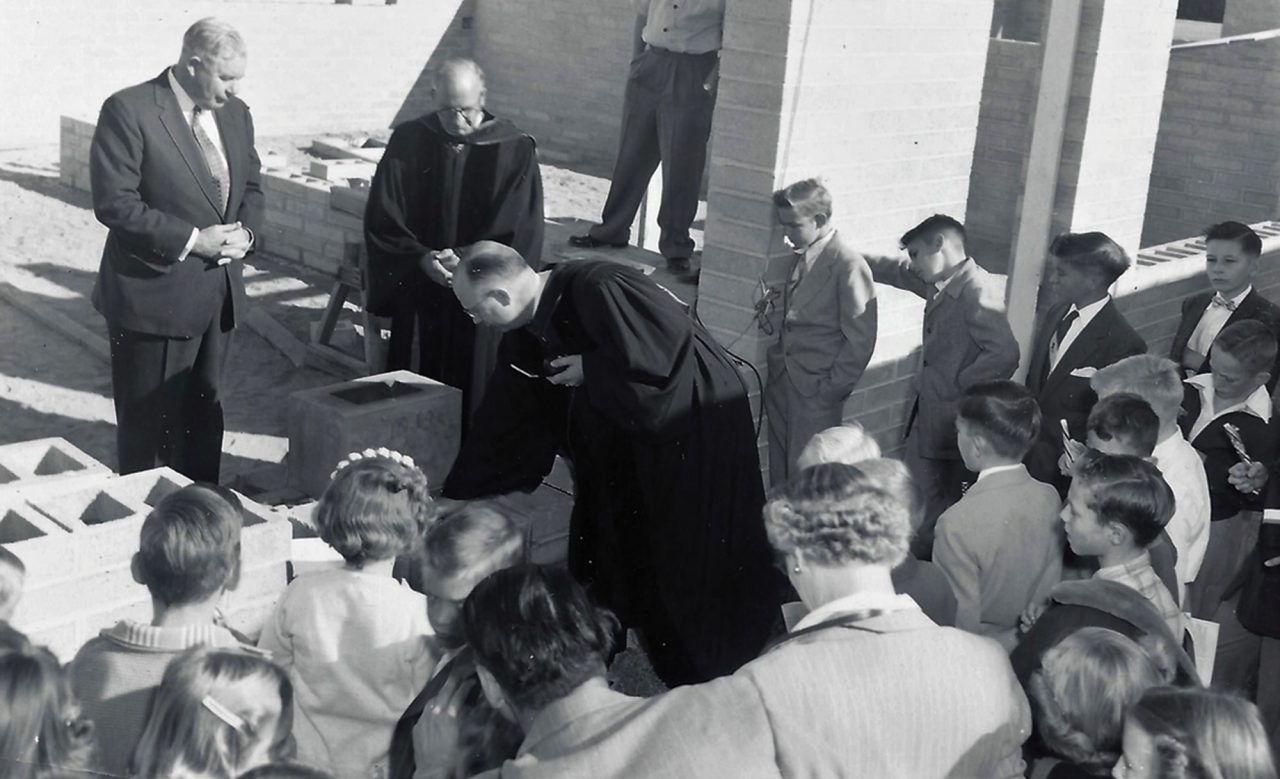 The church began as a one-room schoolhouse called the Osborn School, set in a lonely alfalfa field on the then-outskirts of the city. Run by a local Methodist parish, the school ultimately moved to a larger building, and the former schoolhouse was rechristened Smith’s Chapel after George and Edna Smith, who donated the property. In 1894, with the addition of a brick building, the name changed to Bethel, after Edna’s former church in Illinois. Phoenicians knew it as the “country church in the alfalfa fields,” according to a 1957 Arizona Republic article.

By 1914, the burgeoning congregation had outgrown the modest brick chapel and a larger church was built next door. Female parishioners contributed to the building fund by selling home-cooked food at the state fair. The Republic article noted that the domed structure was impressive enough to be mistaken for the Arizona state Capitol. The new church took 14 years to finish, though services were held there before completion. The Methodists were joined by two recent converts, who witnessed services from a perch in the overhead beams. “While the pastor was preaching, the owls would sit in the rafters and chew and nod their heads,” according to church documents.

After World War II, the congregation enjoyed another growth spurt, which brought more changes. The present church (now Taco Guild) was constructed in 1948 just west of the domed church in a Spanish eclectic style, and the stained-glass windows were added in 1965. A fellowship hall was built north of the church in 1955. The older domed church, having been used as a recreation hall, was demolished in 1958.

Despite the church’s storied history, declining attendance doomed the congregation. The 74 remaining members decided they were no longer able to sustain the ministry and voted to close it in 2007. “Most parishioners transferred their memberships to two nearby Methodist churches, Central United at Central and Palm, and First United at Central and Missouri,” Jennifer Barber, archivist for the Desert Southwest Conference of the United Methodist Church, says. 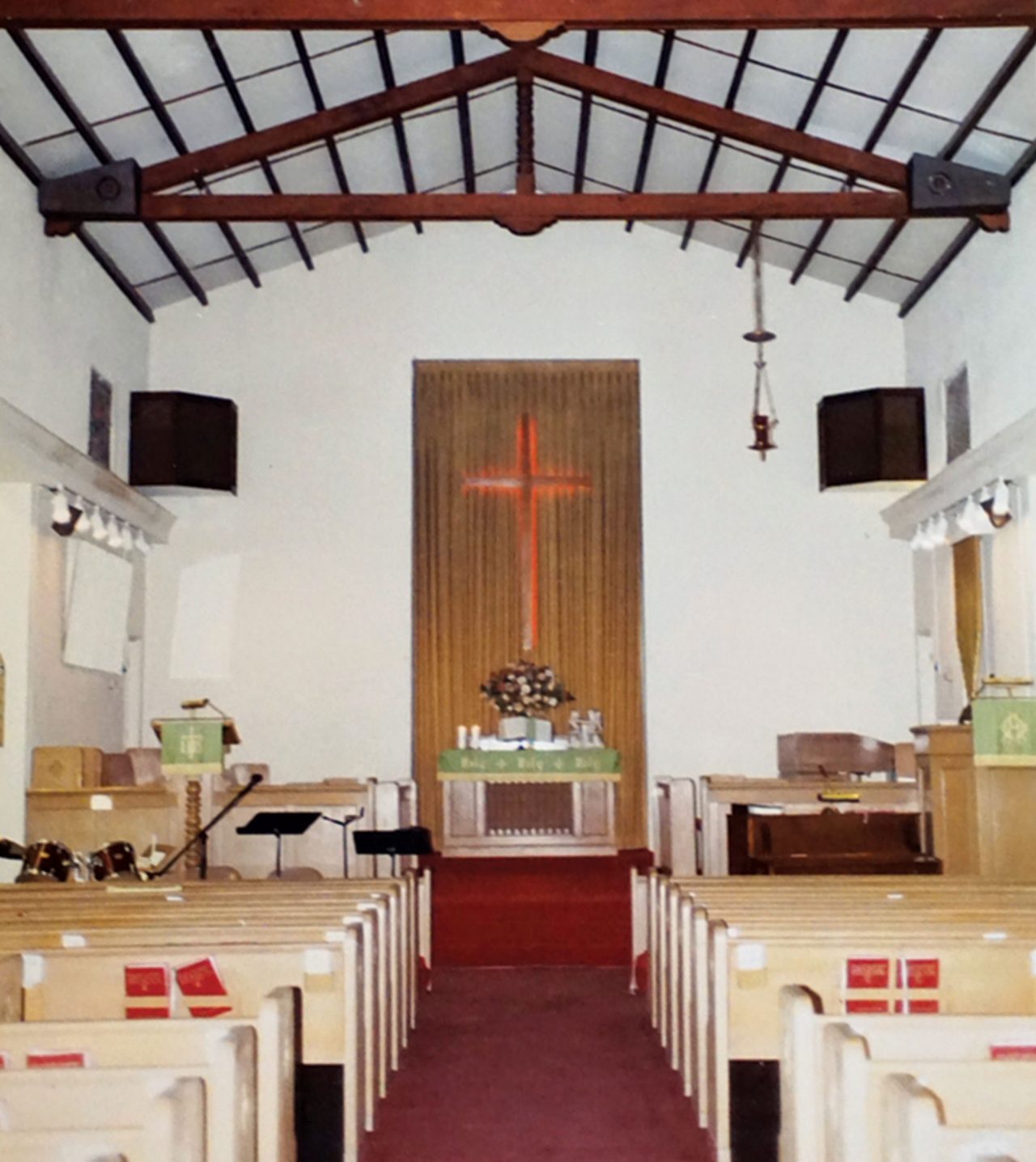 The Desert Southwest Conference, which oversees Methodist churches in the region, subsequently leased the building free of charge to the Arizona Korean United Methodist Fellowship, along with two other nonprofits, Family Promise and Concilio Latino. In 2012, the buildings were deconsecrated and, with the property, sold for redevelopment to Wetta Ventures.

The urban infill project was named “Old School O7,” for its timeless style and location on Seventh Street. A midcentury-inspired Starbucks was built on the corner, Buffalo Exchange occupies the former fellowship hall and the former church is home to Taco Guild.

Transforming a previously sacred building into a hip restaurant and nightspot can be a tricky proposition, but the payoffs can be miraculous. “Church buildings can make some of the most spectacular adaptive reuse projects when done well,” Michelle Dodds, historic preservation officer for the city of Phoenix, says. She adds that it’s vital to celebrate the significant architectural features and respect the building and its place in the community. In that spirit, the contents of two time capsules (historical church documents and photos) that were uncovered during renovations now adorn the restaurant’s walls.

Regular patrons often have their favorite nook at Taco Guild, whether a church pew, bar stool or the patio. General manager Sam Cavallaro remembers one customer who admired the nameplate below one of the stained-glass windows for a long time. “‘Those are my grandparents,’ he told me, and he recalled when they had the nameplate installed,” Cavallaro says. “He said that he liked to come here and take this table because it was like he was still eating with his family.”

But what does the local Methodist clergy think of the restaurant? “I go there as often as possible, especially with my colleagues, so we can be reminded of what our future holds if we don’t get our act together,” says Doug Handlong, senior pastor of nearby Central United Methodist Church. “We need to be more adventurous in engaging the culture, or there may be a Taco Guild in our future!”

Other Phoenix buildings that have been adaptively reused:

The Streamline Moderne skyscraper featured ground-level stores and 11 floors of offices when it opened in 1931. Doctors, dentists and the Valley Bank filled the building, but it was empty by 1994. It reopened as the Hilton Garden Inn Downtown Phoenix in 2015. 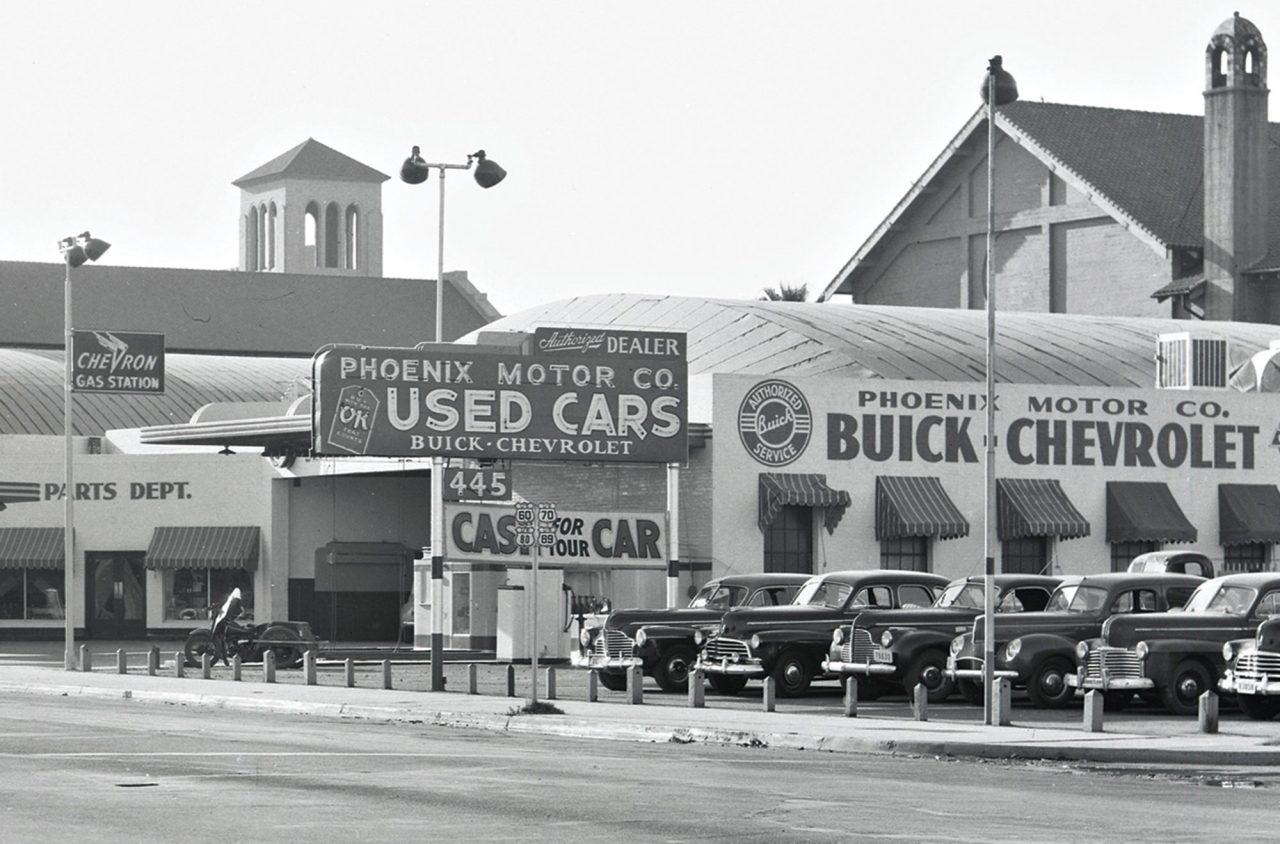 The Spanish Colonial style building opened at 302 W. Latham St. near Downtown Phoenix in 1932. The Church of Jesus Christ of Latter-day Saints sold it to ADOT in 1972, which planned to demolish it for construction of the I-10, but changes to the freeway alignment allowed the building to be saved. The building reopened as the Great Arizona Puppet Theater in 1999.

The block-long auto complex housed a car dealership, parts store and service station when it opened at 401 W. Van Buren St. with live entertainment broadcast on KTAR in 1939. In 2017, it was converted into a 1,800-seat music venue and bar called The Van Buren.

The Spanish Colonial style boarding school for delinquent teenage girls was designed by Lescher & Mahoney in 1942 at the northeast corner of Northern and 19th avenues. Nuns operated the school until it closed in 1981; it reopened as an Albertsons grocery store in 1992.