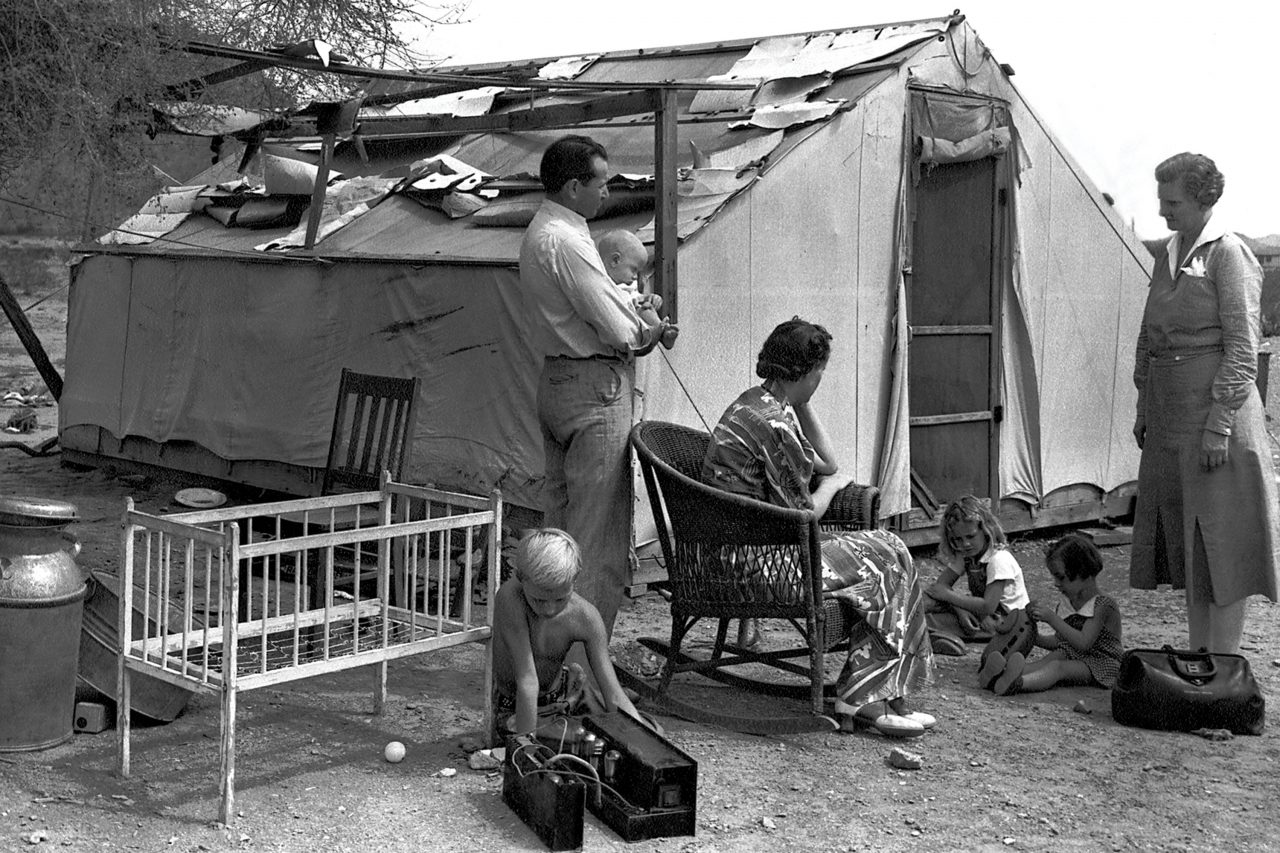 Sunnyslope originated as a haven for indigent tuberculosis patients hoping to be cured by the Valley’s dry, warm air.

For many early migrants to Phoenix, the city was the difference between life and death. By 1900, tuberculosis was the second leading cause of death in the U.S., and Valley newcomers often came at the behest of their hometown doctors, who prescribed Arizona’s sunshine and dry air for recovery. Patients who made the journey included Barry Goldwater’s mother, Hattie Josephine Williams; businessman Dwight Heard; Lulu Clifton, who founded what became Banner Good Samaritan Hospital; and Reverend J.W. Atwood, who founded what became St. Luke’s Medical Center.

Affluent tuberculosis patients were cared for in Phoenix sanitariums and hospitals, but most “lungers” lived in squalid encampments north of the city in Sunnyslope. Few services were available there until the Desert Mission, the precursor to HonorHealth John C. Lincoln Medical Center, opened in 1927. It was an eclectic place – it not only aided the sick, but produced a line of unique ceramics and had a surprising connection to the 1933 Hollywood blockbuster King Kong.

Arizona’s reputation as a TB haven was established by the time Phoenix was incorporated in 1881. “Around 1890, Arizona overtook Denver, Colorado, as the ‘tuberculosis capital’ of the U.S.,” says Jennifer Levstik, a historic preservation specialist who has studied the pulmonary disease’s impact on Tucson’s development. “By 1912, these ‘health seekers’ helped Arizona reach the population required for statehood [60,000 people].”

But those afflicted with consumption – as tuberculosis was commonly called – were not always welcomed. Phoenix sought to attract prosperous settlers, not poor convalescents. The city outlawed tent camps in 1903. Many tuberculosis sufferers moved to Sunnyslope (which got its solar moniker in 1911) and eked out a meager existence in tents and shacks with dirt floors. “There were few opportunities for work and almost no public services,” says Ed Dobbins, vice president of the Sunnyslope Historical Society. 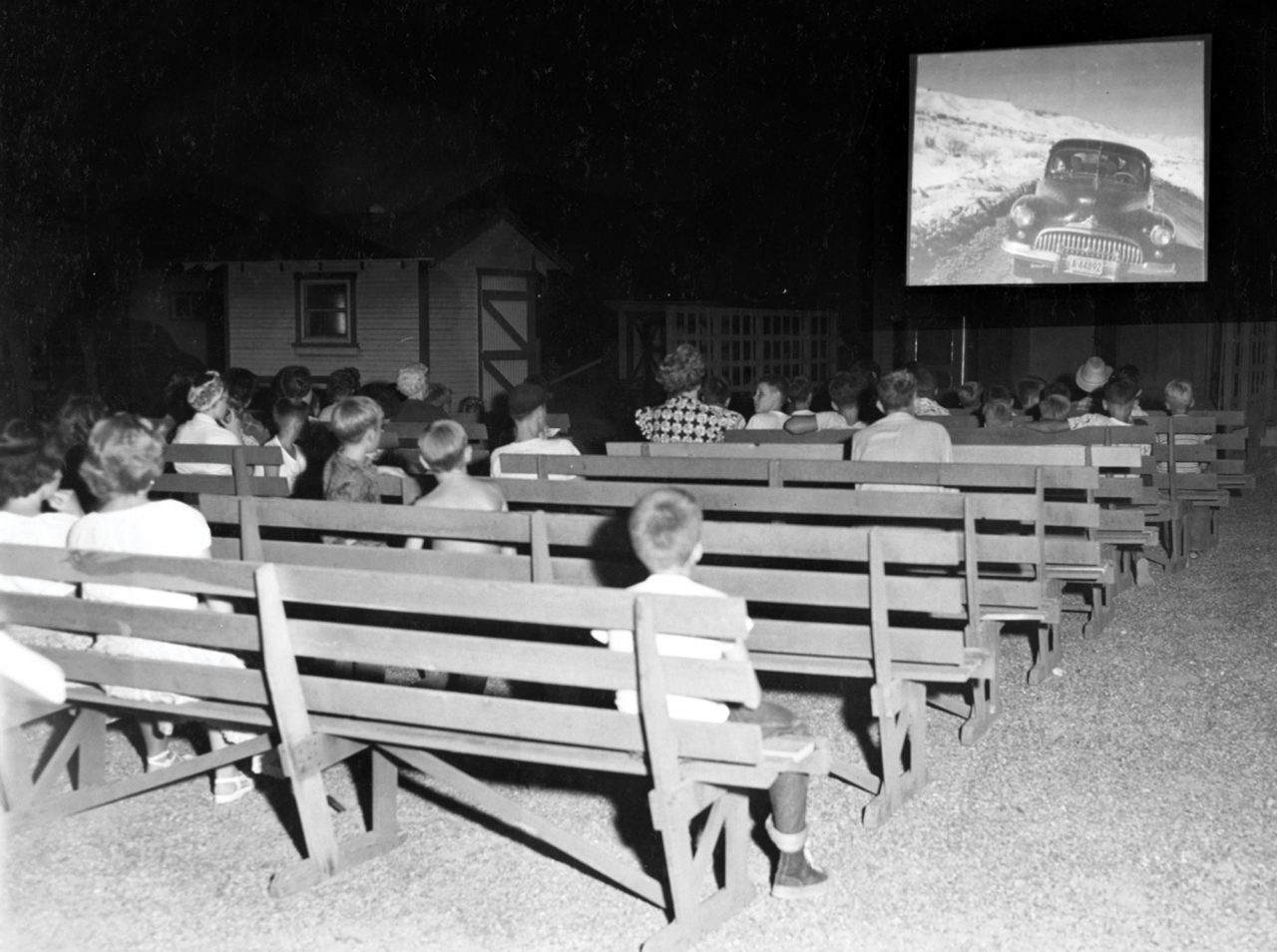 World War I veterans with TB settled in what was known as The Colony in Sunnyslope in the early 1920s. The former servicemen selected a posh location. “They occupied the Phoenix Country Club’s abandoned golf course,” Dobbins says. The club had opened south of Butler Drive between Central Avenue and Seventh Street in 1912. Amenities included a clubhouse and tennis courts. The club moved to its present location at Seventh Street and Thomas Road in 1921.

Two women were instrumental in helping the sick in the hardscrabble community. Marguerite Culley, a nurse, began treating Sunnyslope’s ill in 1923. She teamed with Elizabeth Beatty, a retired secretary, and raised money for tuberculosis sufferers. The duo became known as the “Angels of the Desert.”

A $750 donation from Philadelphia philanthropist Sarah McCahan, who gave to Presbyterian causes, started the Desert Mission in 1927. “The chapel was built in one day with volunteer labor,” Dobbins says. The mission expanded to nine buildings. Additional funds came from donors and Desert Mission seals. “These decorative stamps sold for $1 for each sheet of 100 seals,” Dobbins says.

Reverend Joseph N. Hillhouse led the mission, the purpose of which was to bring “joy, comfort and happiness to an isolated and tubercular people.” His most popular activity was showing first-run movies outdoors on Friday nights. Hillhouse, a former professional photographer, had Hollywood connections from serving in the Signal Corps during World War I. “The mission’s first projector was donated by two individuals including Ernest Schoedsack, who directed King Kong, starring actress Fay Wray, in 1933,” Dobbins says.

Hillhouse launched Desert Mission Pottery in 1935 after discovering cement vessels made in Missouri by Harold Horine. Horine licensed his techniques to create the pottery, which he called “romance in stone,” to the mission for free. Making pottery was therapeutic for the patients and provided revenue. The colorful stoneware was sold on-site, at the Arizona Biltmore Hotel and at exhibitions as a “distinctively Salt River product.” 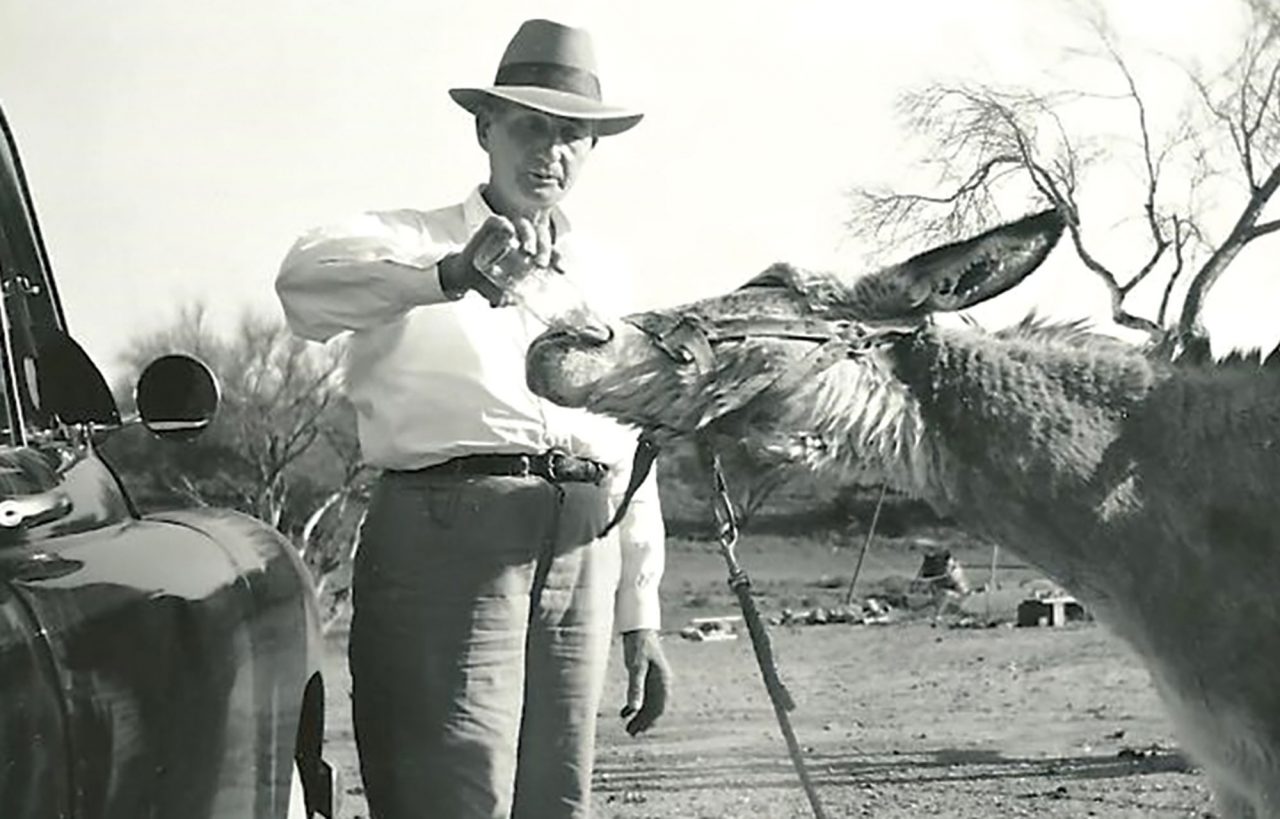 The mission gained new benefactors, Cleveland’s John C. and Helen C. Lincoln, after Helen found TB relief in Sunnyslope in the 1930s. John, the founder of Lincoln Electric Co., paid off the mortgage on the mission’s 20 acres. A plan for 100 cottages, a chapel and a research facility was delayed due to World War II. A fire at the mission destroyed seven buildings in 1942, but it continued to operate.

A cure for tuberculosis was developed in 1945, and the mission evolved into John C. Lincoln Hospital in 1954. It continues today as a food bank at HonorHealth John C. Lincoln Medical Center.

Sunnyslope is not the only Valley community to have attracted tuberculosis patients, according to Arizona state historian Marshall Trimble (see page 200 for a peek into Trimble’s library). “Scottsdale was nicknamed ‘White City’ because of all the ‘lungers’ baking there in white tents,” he says. “Sunnyslope wears a community badge of pride for the tolerance they demonstrated for the people dealing with the dreaded disease of tuberculosis. They were treated like lepers in neighboring communities, but the folks in Sunny-slope welcomed them to bask in the sun on their sunny slopes.”

Sunnyslope was home to four of the Valley’s most memorable businesses:

Charles H. Abels, a four-term Arizona legislator, kept a pet burro named Jimmy at his fuel station on Cave Creek Road in the 1930s. Jimmy was famous for taking an open bottle of beer in his mouth, shaking his head up and down until he drained it, and braying for another.

This restaurant opened near the summit of Shaw Butte in 1961. Customers were shuttled up steep, winding roads from a call box at the base of the mountain. The Cloud 9 flourished until it was destroyed by a mysterious fire in 1964 and was never rebuilt.

Dr. Kenneth Hall began construction of this castle-like bowling alley at 19th Avenue and Cholla Drive in 1963. After opening in 1980, the building served as a furniture store, college, church and sports club and, after a major remodel, is now used by the Arizona Department of Economic Security.

Dr. Kenneth Hall built this resort-like facility primarily from salvaged materials in 1955. The hospital featured stunning vistas of Phoenix and a primate zoo on the grounds. The building later became a nursing home and was razed in the late 1970s.