Ladies and Gentlemen, we have a winner, and it’s about damned time. On Monday night in a ceremony in Chicago, Charleen Badman, chef and co-owner of FnB in Scottsdale, won the James Beard Award for Best Chef Southwest. She lifted the curse that has plagued Arizona chefs since 2007 when Nobuo Fukuda (now of Nobuo at Teeter House, then of SeaSaw) won the coveted award in the same category. If your math sucks, that’s 12 woefully Beardless years. As is true for most chefs who win a regional award in the Best Chef category, it’s been a long time coming for Badman, who made it to the semifinal round for five years running before finally snagging the prestigious prize — often likened to the Academy Awards of the restaurant industry. 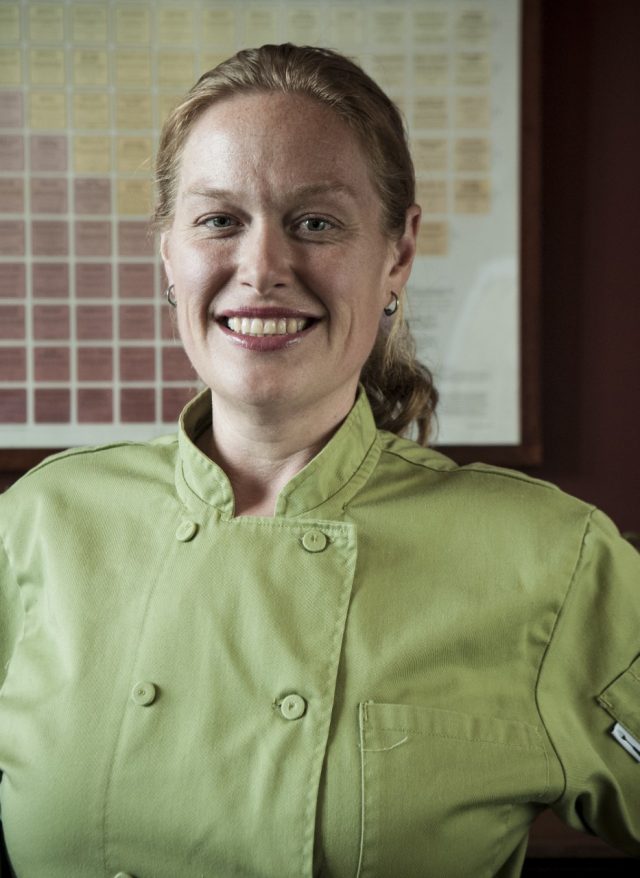 There was a time, however, when Beard awards came easily to Arizona chefs. The Beard Awards began in 1991 and Vincent Guerithault (Vincent on Camelback) took the first Best Chef Southwest win for AZ in 1993, followed by Chris Gross (Christopher’s and Christopher’s Bistro) in 1995, Alex Stratta (Mary Elaine’s at the Phoenician) in 1998, RoxSand Scocos (RoxSand) in 1999, Janos Wilder (Janos, Tucson) in 2000, Robert McGrath (Roaring Fork) in 2001, Chris Bianco (Pizzeria Bianco) in 2003 and Brad Thompson (Mary Elaine’s) in 2006. We pretty much dominated the Southwest category for over a decade, eventually getting knocked off by hot-shot chefs in Texas and Nevada. A few years ago, Nevada was moved from the Southwest region to the West, where it now competes against California and Hawaii, a move probably designed to level the playing field.

It’s worth noting, too, that back in the old days, there were often only four or five nominees in a category. The year that Chris Gross won, he was competing against three other AZ chefs and one lone guy from Colorado. Nowadays, there are often well over 20 competitors in the Best Chef Southwest category, which might explain the inexplicable: why Kevin Binkley (Binkley’s Restaurant) continues to get stiffed. It’s a much tougher award to come by these days, and those of us who know and love both Charleen and her food couldn’t be happier or more proud of her.

Editors note: A previous version of this article incorrectly stated the location of the James Beard Award ceremony. We regret this error.