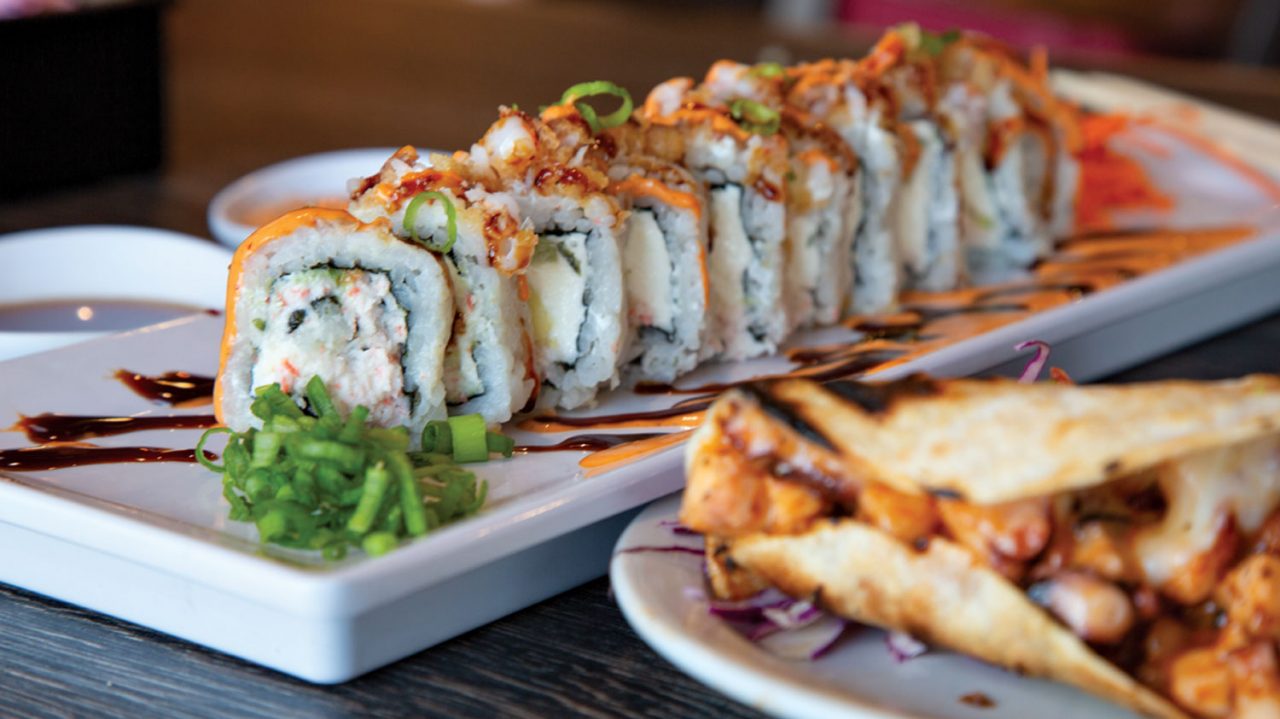 “Mexican sushi” is trending. A hit with diners at West Valley spots like Sushi Sonora and Extreme Sushi, the culinary mashup has finally arrived in Central Phoenix, in the guise of this lively Mexican seafood cantina on Thomas Road and 24th Street.

The Scene: Imperio is located in the same building that housed Big Game – a short-lived sports bar that specialized in venison and other game meats. It was a fantastic pun, but a somewhat less formidable business model. In any case, the new owners inherited the former tenant’s fleet of big-screen TVs, which show America’s Got Talent from a variety of angles to a packed Saturday night crowd. Blaring mariachi music makes casual convo a high-effort proposition.

The Food: The mariscos at Imperio are pretty good; the sushi, not so mucho – unless you’re a fan of the Philadelphia roll. Each of the roughly two dozen maki (cut roll) options are adulterated Philly rolls: cream cheese, avocado and cucumber, rolled in panko and deep fried in the Mexican sushi tradition, then finished with a topping of some sort. The L.A. Roll ($14) comes with tempura shrimp and chipotle sauce; the Sonora Roll ($14) with grated cheese, bacon and serrano. And so on. They’re uniformly starchy, cheesy and fish-less, with the promiscuous seasoning of a Sábado Gigante marathon. On the plus side: Imperio has the most prolific ceviche menu we’ve ever seen, and excellent, membrane-decimating habanero-honey chicken wings ($8 for a half dozen).

The Early Verdict: As a place to pop in for some ceviche and fútbol, not bad. But if we’re going to drop $100 on sushi – something that’s troublingly easy to do at Imperio, with its $15 maki and overly sweet $12 margaritas – its seems a crime not to do it at Hana.