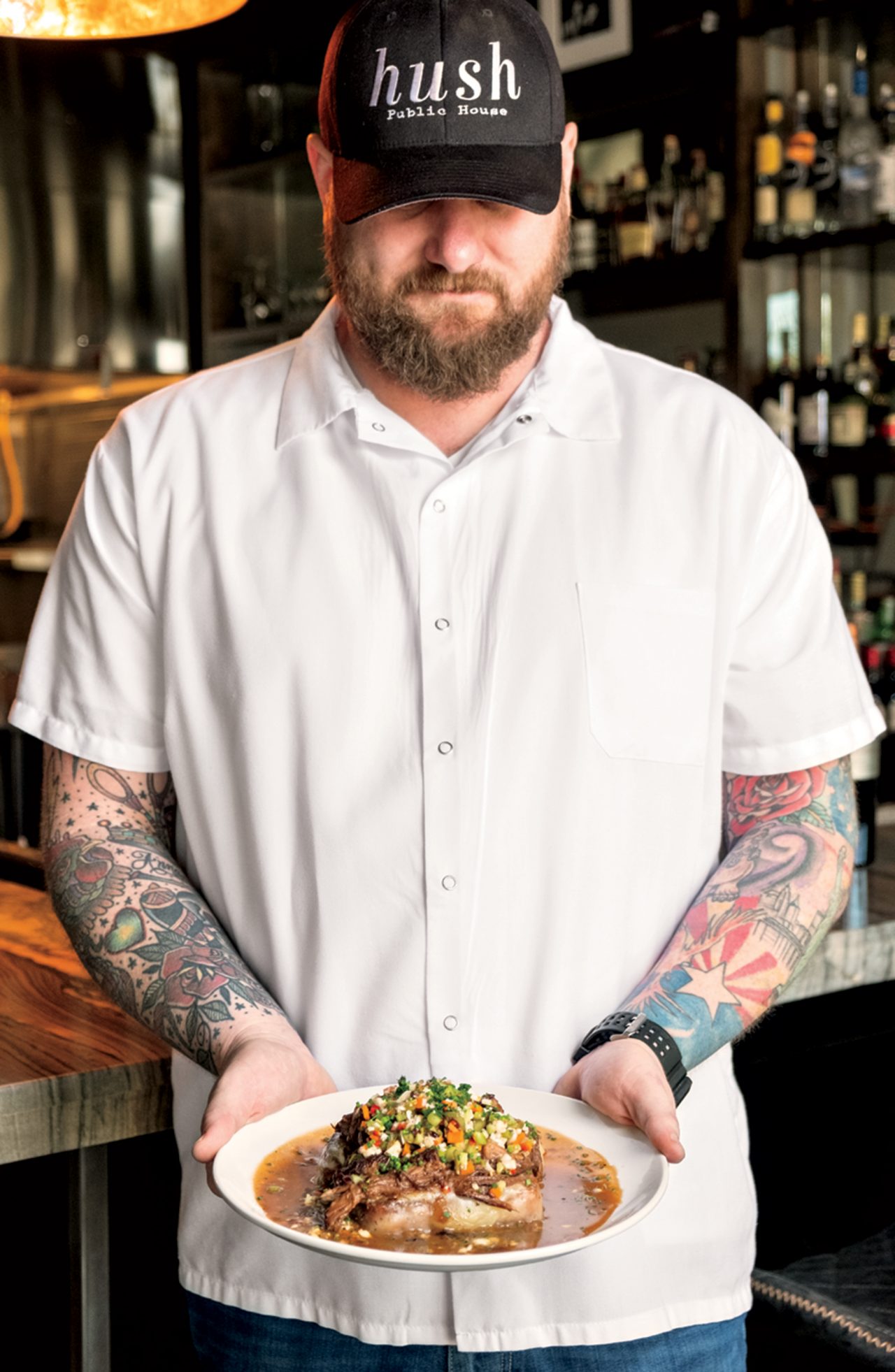 Dom Ruggiero, the chef-owner of wildly popular Hush Public House in North Scottsdale, has a knack for figuring out where the market is under-served, and a good restaurant is needed. Case in point: North Scottsdale was a dining desert until Ruggiero opened Hush and resolved the problem in 2019. From day one, the place was packed with customers who loved Hush’s laidback vibe and Ruggiero’s sophisticated version of comfort food.

Now, he and his wife Holly are expanding their empire to another dining desert in North Phoenix, this after having opened Vanilla Gorilla — the craft beer bar that sits adjacent to Hush — last fall. They’re busy.

Located in the space that formerly housed Little Cay on the northeast corner of Tatum and Shea, their new restaurant will be called Fire at Will. It’s a nod, Ruggiero says, both to his military background and to the lingo chefs use to mean “start cooking that dish” or “send as ready.”

Although Fire at Will and Hush will share similarities — both offering share plates, mains and desserts, as well as the signature Hush burger — the menus won’t be the same. FAW’s food options will be broader and more eclectic, featuring dishes with influences from Spain, Italy and the Middle East.

Unlike bright-white Little Cay, FAW will be dark and moody, boasting an 18-foot concrete bar and open kitchen, lots of brick, a dark color palette (black and burgundy), communal tables and banquettes.

Mitch Lyons and Libby Lingua of Two Hands Consulting (the talented team behind Highball Cocktail Lounge on Seventh Avenue) are creating the cocktail program, while craft brew expert Todd Oltmann (co-owner of The Golden Pineapple) will curate the local beer selection, which will include six taps. Meanwhile Kayla Reed, who has worked in various capacities at Hush, will be the GM for Fire at Will, bringing a little continuity to this new venture.

At the outset, FAW will be dinner-only, but down the line, Ruggiero plans to offer lunch seven days a week, making the place a real neighborhood hangout.

I can’t wait for this one, which will surely be just as popular as Hush despite the differences.