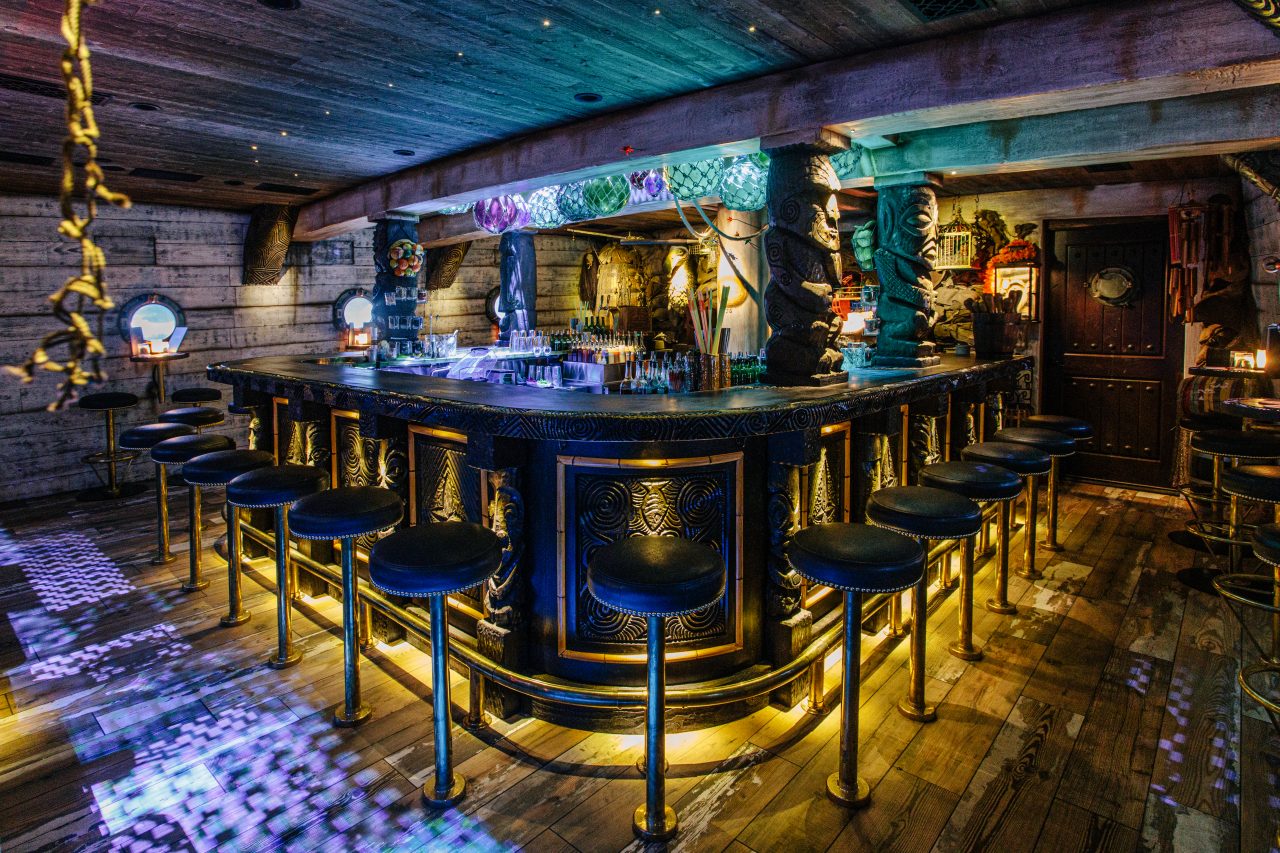 Fans of the immersive cocktail experience at UnderTow will find a new port in Gilbert’s Epicenter at Agritopia this fall.

This is the first expansion of the tiki-inspired cocktail bar that puts its patrons onboard a turn-of-the-century clipper ship, immersing them in their voyage through custom decor, lighting and special effects like thunderstorms.

“Growth has been a key goal of ours, and thanks to UnderTow’s incredible fanbase, the demand is there,” Jason Asher, a founding partner of Barter & Shake – the hospitality team behind UnderTow and Century Grand – said in a statement. “We’re thrilled to introduce the burgeoning Gilbert community to our unparalleled craft cocktail experience, while giving our existing customers a new adventure to drink their way through.”

UnderTow was the right bar to expand because it allows them to keep the space small – creating the feeling of being onboard a ship – but bring the 90-minute experience to more people, says Mat Snapp, a partner at Barter & Shake and its executive vice president of operations.

“The space would never be big enough for all the people that wanted to go but if we made it too big it wouldn’t feel the same,” he says.

They are aiming to open in Gilbert by mid-to-late September, Snapp says, and they’ll be joining other local favorites at Epicenter, including Matt’s Big Breakfast, Buck &Rider and Belly, among others.

“It’s been a labor of love,” Snapp says. “It’ll be this microcosm of everything great throughout the Valley all located down in Gilbert.”

In the meantime, the UnderTow team recently debuted a new menu at its Arcadia location, which will also be the opening menu in Gilbert. The story of Captain John Mallory and his crew picks up as they approach San Francisco, says Snapp, who has written the story since 2016. The menu – developed by Asher, Jax Donahue, Ashley Cibor and Michael Carbajal – will be split between 20 classic cocktails and 20 originals.

“We tell our team, in seeking anything good you must honor the past,” Snapp says, talking between training for staff on the new drinks.

Drinkers will find well-crafted, well-balanced versions of tiki favorites like the Happy Buddha, Blue Hawaii and Jungle Bird, he says, along with the originals, which take a creative twist on classics. Snapp says he’s excited for people to try Clear Skies & Tropical Winds, a clarified milk punch that’s fruity, electric pink and comes adorned with an orchid misted with absinthe. They’re also putting a spin on coffee cocktails with the rum-based El Robusta, using roasted dandelion root to mimic coffee flavor, and infusing that with sweet vermouth.With plans to continue to grow, the team is looking at Denver and Dallas as contenders for future locations. But, their focus always remains on elevating their craft and Arizona, or as Snapp says, “do cool stuff, make people happy and put Arizona on the map.”