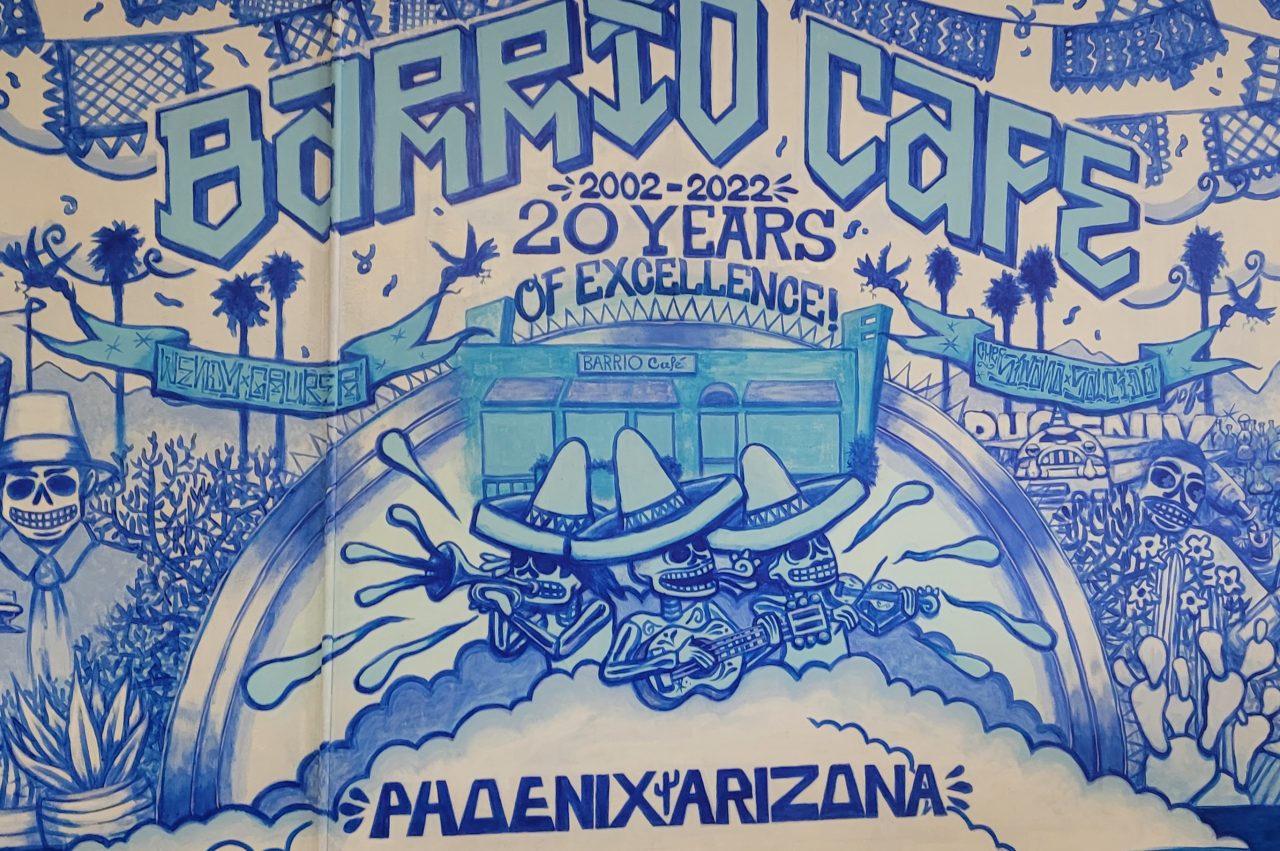 On February 24, prominent Phoenix muralist Pablo Luna was hospitalized due to undiagnosed diabetes. The local community quickly rallied behind him to raise funds and awareness.

Silvana Salcido Esparza, who owns the vaunted Barrio Café in Phoenix, will be hosting a fundraiser for Luna’s medical expenses on March 19 from 4 to 11 p.m. The event will include an art show, food, live painting, music and a raffle.

Luna’s work graces buildings in Downtown and Central Phoenix, from Carly’s Bistro to Barrio Café. He has been painting murals in Phoenix for 25 years and is inspired by elements of Chicano art, which can be seen through the bold colors and distinct characters.

Barrio Café has teamed up with Cobra Arcade Bar and Frida’s Garden to put the fundraising event together. The theme will be “El Pablo,” a riff on the popular El Pato canned tomato sauce frequently used in Mexican dishes.

“The new cans have a film on them and they’re smooth, but the other ones had a rivet like an old fashioned can for years, and Pablo would take those and make them into bracelets,” Esparza explains. “They’re badass. So, we’re going to do an El Pato themed event.”

The event will feature live music by Djents and Hartbreaks, agua fresca from Estero Beach Tacos and El Pato pulled pork sandwiches courtesy of Esparza. “We’ll be doing a lot of music and homage to him,” she says.

“That’s exactly what we’re doing. We’re featuring Mexican coffees and the art on the walls,” she says. “It was very vital to early Barrio Café, and it’s never stopped. The real nitty-gritty is these guys – Breeze, Angel, Pablo Luna and Lalo. They keep the paint fresh and if there’s a message to be told, they’re on it.”

Luna’s girlfriend, Carissa Dominguez, also created a GoFundMe to help with medical costs. So far, she has raised nearly $17,000.

“Pablo has been painting on walls to give us all delight,” Esparza adds. “He was doing it before it was a fad.”