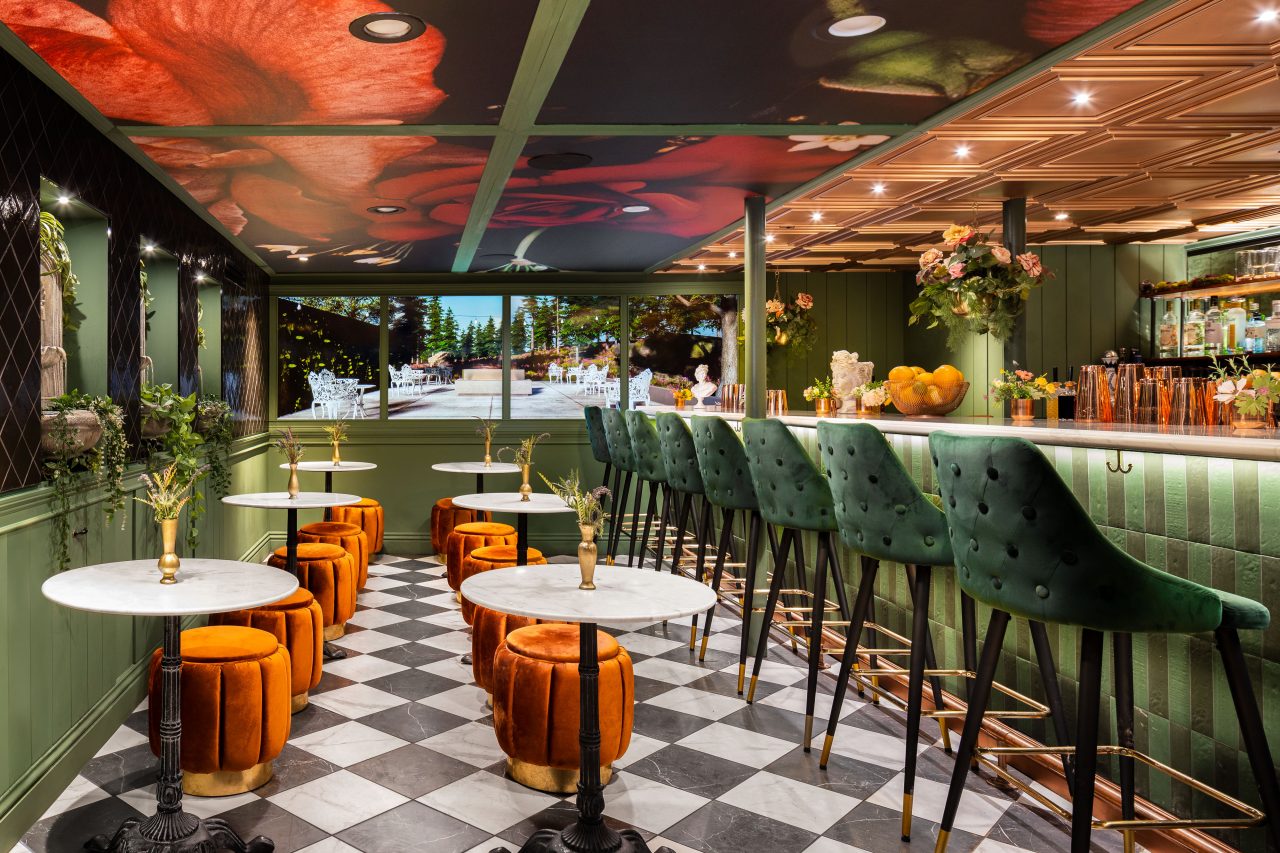 When UnderTow, Phoenix’s premier underground cocktail lounge, moved from below Sip Coffee & Beer in Arcadia Lite to Century Grand next door, we’ve all been curious about what would occupy the intimate, 600-square-foot subterranean space.

Would it be something equally as immersive? Would it offer similarly unique cocktails? Our questions were answered in early July when 36 Below, a Walipini greenhouse-inspired speakeasy officially opened.

The new bar is the brainchild of Sip owners Josh Katz and Moe Murillo, and Sheldon Wiley, co-founder of local hard seltzer brand Becky. The trio is especially interested in molecular mixology and wanted to pair that with a truly transportive experience where patrons could leave their inhibitions beyond a secret door – a nod to prohibition and the speakeasies of the past.

But 36 Below has a decidedly modern mystique. To wit: Instagram-worthy décor and over-the-top drinks that beg to be photographed. Wall-to-wall video screens and audiovisual effects transport guests to a different locale each season, the first of which is Flagstaff. Designed by House of Form, 36 Below’s interior is reminiscent of a lush garden with an abundance of flora from floor to ceiling. The cocktail menu makes use of the elements as well, with such unique ingredients as celery root and mushroom.

Not unlike UnderTow, 36 Below is dedicated to its narrative. The name draws inspiration from the 36th verse in Genesis 2:5, which details the creation story – a fertile world in which no plants had grown because two essential elements were absent: rain and someone to nurture the garden. The cocktail menu features nine distinctive drinks with singular ingredients and impeccable presentation. The menu is mostly plant-based, using chickpea-based AquaFaba in place of egg whites and incorporating fruits and vegetables in nearly all of its concoctions. A handful of mocktails such as the Straightedge Spritz with non-alcoholic liqueur are also available. The bar also serves beer and wine.

But it’s the extravagant cocktails that steal the show. The Garden of Gypsies ($18) is an earthy medley of butterfly pea flower-infused Tanqueray, mushroom reduction, jicama, celery root and lemon. It’s served in a mushroom-shaped glass perched on a moss-covered slab of wood.

Shockingly, that’s not the most exhibitionist tipple on the menu.

The Seed of Innocence ($22) is a twist on the espresso martini served in a flowerpot complete with a faux daisy protruding from Oreo cookie soil. The Utopia ($18) is a bourbon-based cocktail with cinnamon bitters that tastes like a liquid s’more. In fact, it’s served with a marshmallow toasted to your liking as a garnish.

If you want something slightly less dramatic, we recommend the Castle in the Sky ($18). Though it doesn’t boast the razzmatazz of the aforementioned drinks, it is still a perfectly resplendent refresher – mezcal, Ramazotti Aperitivo, rose, lime, grapefruit and AquaFaba.

We love this small escape from reality and opportunity to indulge our senses – a contemporary speakeasy with a lot of potential to grow, much like the plants that prettify its interior.