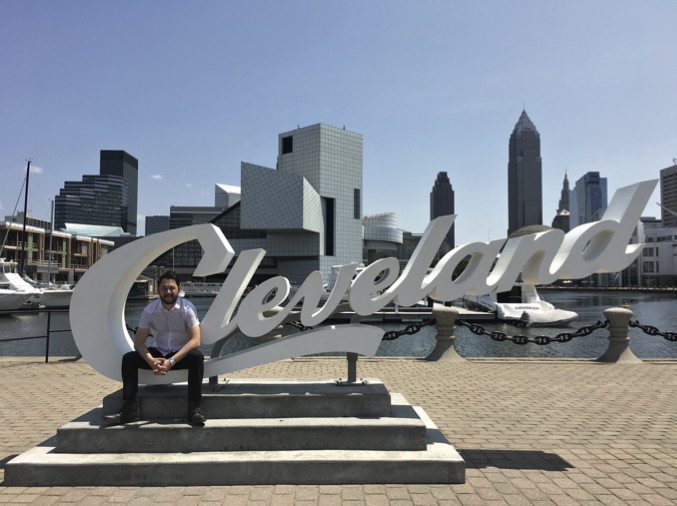 You might not think of Cleveland as a summer vacation destination, but Phoenix native Ryan Swanson says the midwestern city is an “underrated gem.” The head chef at Kai at Sheraton Grand at Wild Horse Pass – Arizona’s only AAA Five Diamond and Forbes Five Star restaurant – visits The Forest City twice a year with his girlfriend to see her family. They make an effort to find something new each time, especially museums, parks and the creative food scene. He shares his favorite hot spots.

The Chef’s Garden
One of Swanson’s favorite food vendors for Kai is located an hour outside Cleveland. “They supply the most incredible specialty produce to the best restaurants in the world, but have humble roots in rural Ohio,” he says. “I always leave there feeling inspired and ready to get back into the kitchen.” chefs-garden.com

Salt +
Swanson says this female-owned and James Beard Award-nominated restaurant in Cleveland’s Lakewood neighborhood is different from many in the Midwest because it specializes in seasonal small plates. “I could happily eat one of everything on the menu,” he says. saltcleveland.com

Cuyahoga Valley National Park
Only a 30-minute drive from Cleveland, this national park is a wildlife refuge and the perfect place to hike or bike when the weather warms up. I “love how green and lush it is in the summer,” Swanson says, especially coming from the Arizona desert. nps.gov/cuva

Swensons Drive-In
This regional fast food restaurant is a must-stop for Swanson on every trip to Cleveland. Its signature dish: The Galley Boy, a locally legendary double cheeseburger with two special sauces on a toasted bun. Swanson says his love for the burger is one thing he has in common with former Cleveland Cavaliers star LeBron James. “It is my favorite burger anywhere, and my mouth is watering just thinking about it.” swensonsdriveins.com