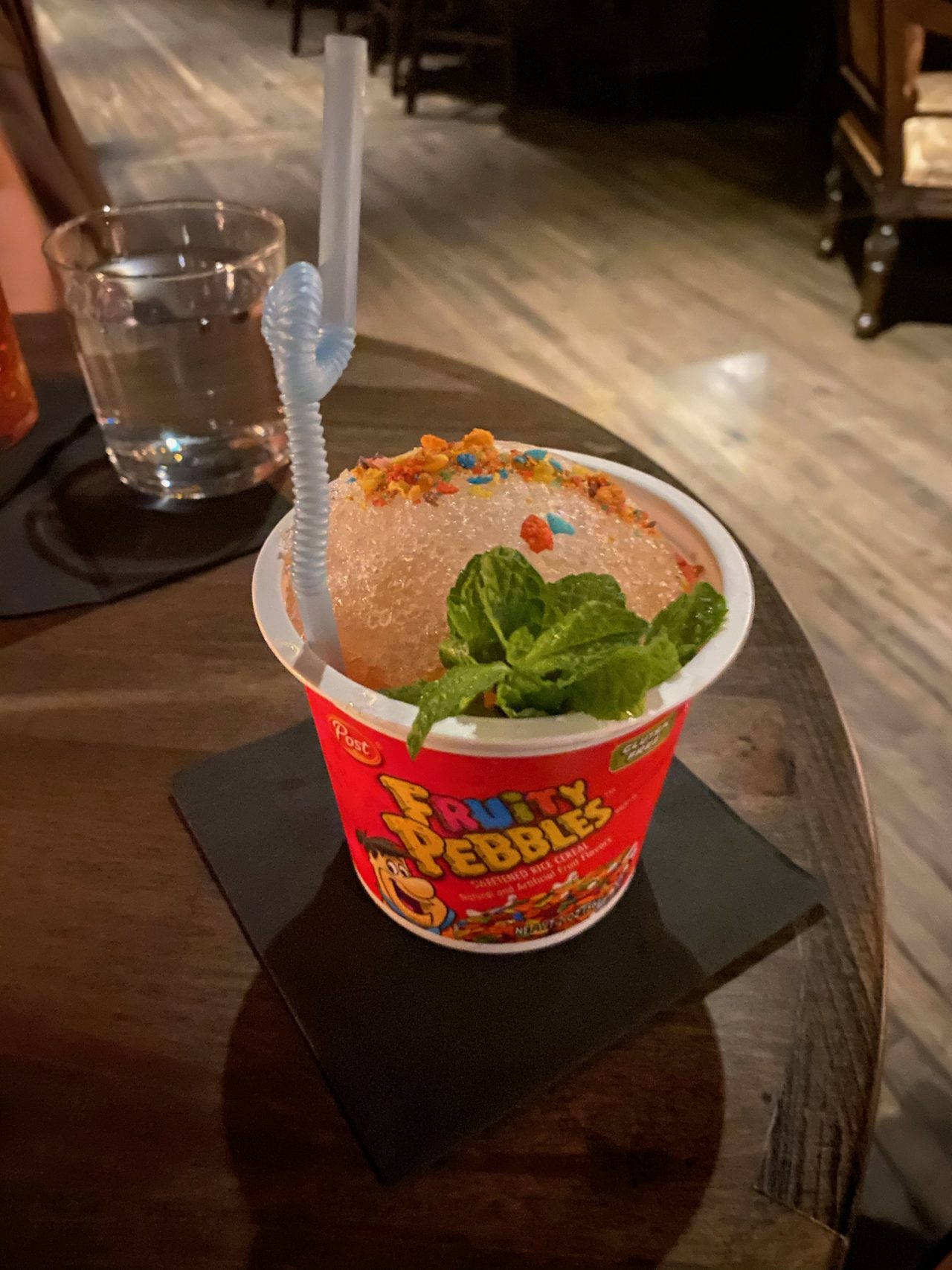 If UnderTow and Century Grand taught us anything, it’s that transportive restaurant environments enrich the dishes and drinks being served. Downtown-ish cocktail lounge Highball, set in the old SideBar space near the Willo Historic District, is no exception.

In fact, Mitch Lyons – former beverage director for the immersive menus at the aforementioned Barter & Shake concepts – is the program manager at this sleek new speakeasy.

Lyons has put together a fun cocktail catalog featuring different categories that include New Vintage (trendy twists on traditional tipples), Put it on the ‘Gram (funky, photogenic drinks) and Spirit-ual (spirit-forward sippers).

The Scene
Dimly lit and replete with chandeliers, leather couches, brick walls and a beautiful wooden bar, Highball whisks patrons away to a Prohibition-era speakeasy with a modern slant thanks to a contemporary soundtrack and creative cocktails with cutting-edge ingredients.

The Highlights
Must-try from the New Vintage section: the earthy Shogun Powder, a twist on the Peruvian pisco sour made with matcha. Lyons felt that the Southeast Asian green tea powder was missing from the cocktail scene in Phoenix.

The Instagram-worthy one: Bamm Bamm’s Cup with Fruity Pebble-infused pineapple rum, sprinkled with the sugary cereal and served with a bendy straw.

For fruit fans: the Gem Store, a tangy, tangerine-tinged gin cocktail with fresh strawberry and mint.

Celebrated chef Sacha Levine heads up the food program, a limited but eclectic menu of locally sourced flatbreads, charcuterie, pickled veggies and other small-plate delights, including a cheekily addictive gourmet Chex mix. It’s an elite sipping and snacking experience, augmented with an atmosphere so immersive you’ll expect a Model T awaiting you outside instead of your Uber.