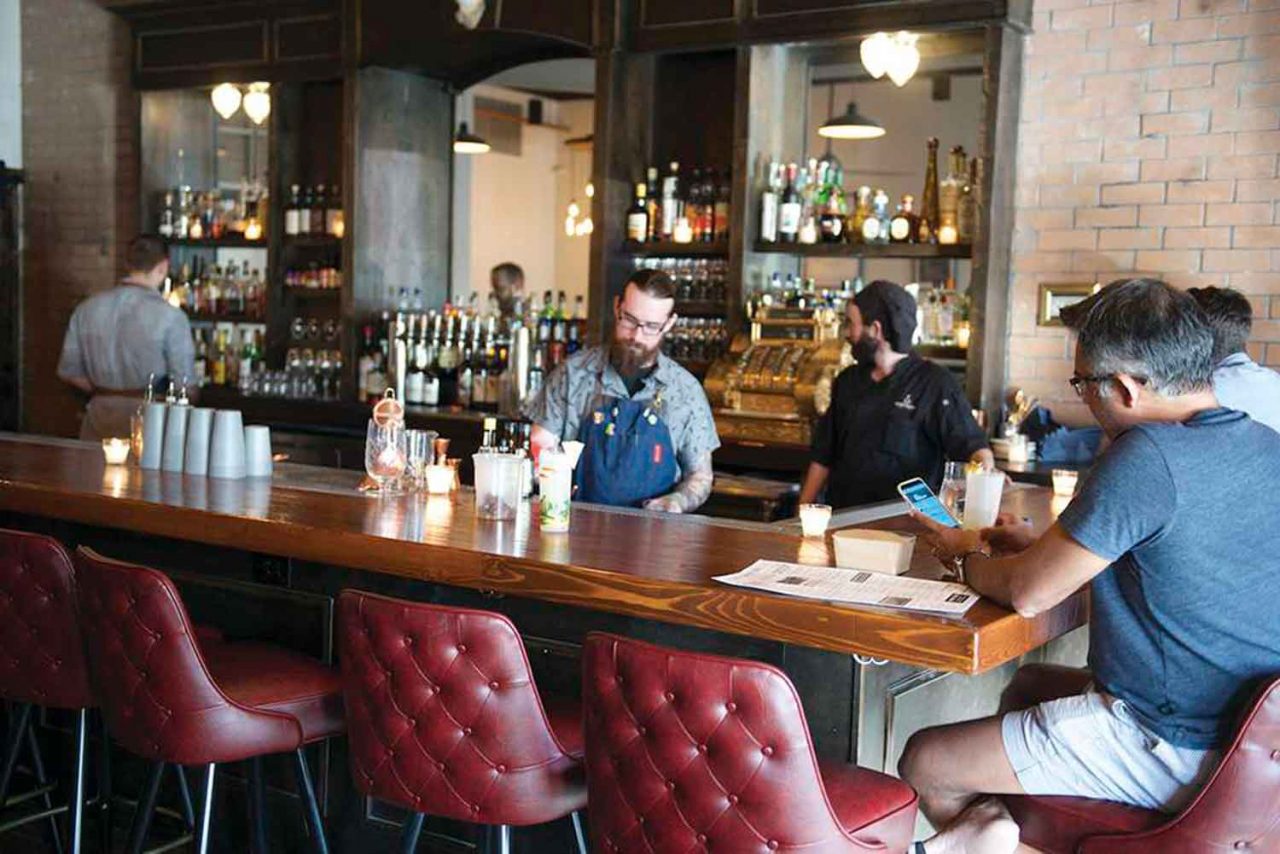 We’ve lost so many restaurants to COVID-19 this past year — Amuse Bouche, Barrio Gran Reserva, Delux, El Zocalo, Josephine, La Marquesa, La Piazza al Forno, Phoenix Public Market Café, Razz’s, Sierra Bonita, The Dressing Room and Yasu Sushi Bistro, to name a noteworthy dozen — and just as is true with the virus itself, the devastation is nowhere near over. Brace yourself for more fallout because the next to go is Cotton & Copper, the Tempe public house that in two and a half years has built an enviable reputation on craft cocktails and locally sourced and foraged AZ cuisine.

According to their friend and publicist J.D. McLelland, owners Sean Traynor (cocktails) and Tamara Stanger (chef and pie-maker) knew their high-cost, low-profit venture would be a difficult endeavor in the best of times but soon found that trying to operate at 50 percent capacity was an “impossible thing to overcome.” McLelland says the partners “bobbed and weaved,” trying takeout and even popups before deciding it just made sense to move on and try something entirely different.

Cotton and Copper will be open for takeout this weekend, but the following weekend (Saturday, Feb 6 only) will be its last. If you’re smart, you’ll place an order sooner than later for one of Stanger’s legendary pies.

There is some good news, however. For one thing, Traynor is staying on for the next incarnation of this space. Four to six weeks after C&C’s February closing, the place will reopen as Shape Shifter, an all-day café with craft coffee as well as beer, wine and cocktails. Traynor will still run the cocktail program, which will skew toward affordable classics. Eventually, the café will progress to evening service. McLelland promises the space will look completely fresh and new, no reminders of its former life as Cotton & Copper.

Meanwhile, Stanger will split her time between Tempe and Heber City, Utah (more on that shortly), creating Shape Shifter’s menu, which will include pastries, breakfast and lunch sandwiches, burritos and maybe even pizzas or savory pies down the line. The café will even offer some version of her famous dessert pies — although they will likely be more traditional. Hey, I’ll take a Tamara Stanger pie any way I can get it.

Stanger, who grew up in Utah, will also be heading up the kitchen at The Lakehouse at Deer Creek, an historic home turned restaurant/wedding venue that overlooks Deer Creek Reservoir. Situated between Sundance and Park City, it’s Utah’s soon-to-be-trendy little nexus, drawing the kind of people who might appreciate Stanger’s own interest in foraging and promoting Utah’s regional cuisine. She’ll take The Lakehouse to the next level, no doubt.

For now, keep an eye on Cotton & Copper’s Instagram posts, but remember to start following Shape Shifter in the weeks to come for more info about its opening and menu.