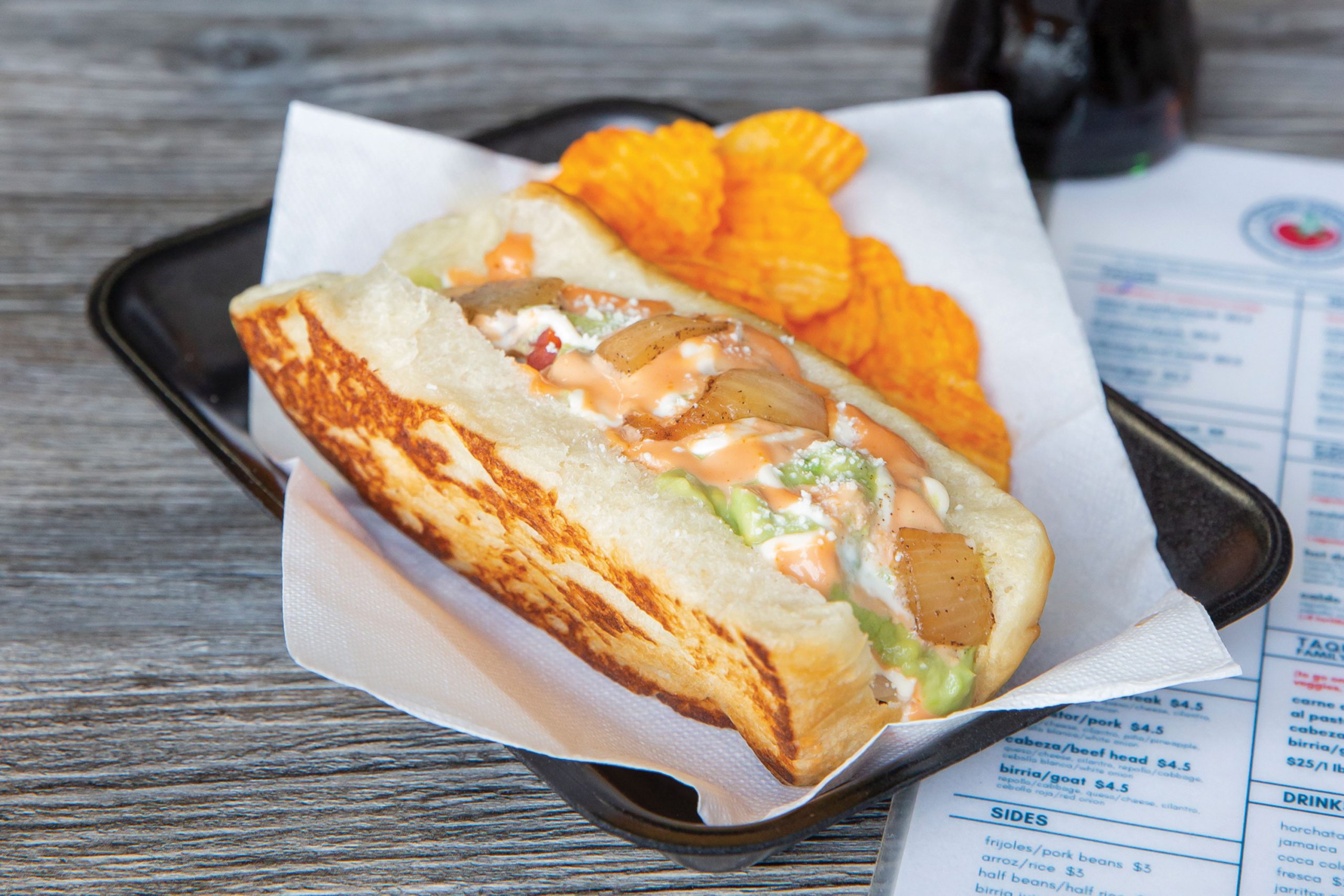 3004 E. McDowell Rd., Phoenix
602-368-4518, facebook.com/tacosculichiaz
Griddle-kissed carne asada and carnitas tacos are the calling cards at this McDowell Road taqueria, but its most distinctive and addictive item might be the Sinaloan hot dog. Arizona diners know all about the Sonoran hot dog – it’s a regional treasure, after all – so what makes this staple from the neighboring Mexican state of Sinaloa distinct? “Honestly, it’s the beans,” assistant manager Alejandra Anguis says. “Sonoran dogs use whole [pinto] beans. Ours have chorizo, which is unique.” Another key distinction: a toasted bun, between which Culichi nestles a pork wiener, smothered with guacamole and caramelized onions, smeared with those aforementioned spicy chorizo beans, and topped with a pungent sprinkle of cotija cheese ($4, pictured). No mustard offered, or required. Anguis says the toasted bun improves the taste, and the eatability. “That toasted part in the [bun] break keeps it from falling apart.”

1919 W. Main St., Mesa
562-219-6582
Korea’s food culture is replete with surprising East-West fusion dishes, many of them invented out of necessity following the Korean War, when chefs were forced to get creative with Spam and other non-perishable foodstuffs provided by the U.S. military. Served as an appetizer, the Korean corndog ($5) at this recently opened fusion restaurant in Mesa’s H-Mart Asian supermarket is one such delicious oddity. Mating a beef hot dog with a morsel of mozzarella, chef-owner Danny Jeong dips the impaled frankfurter in a breadcrumb-rich cornmeal batter and deep-fries the dog until it achieves a toasted, Saint-Tropez-sunbather complexion. He then dusts the dog with sugar – “This is how they do typical street hot dogs in Korea,” Jeong says – and serves it ballpark-style with ketchup and mustard. Batter up.

4280 N. Drinkwater Blvd., Scottsdale
480-426-9218, simonshotdogs.net
Fans of Hawaiian-style pizza will be particularly susceptible to the sweet-savory interplay of the signature dogs at this Scottsdale lunch favorite. Owner Felipe Roldan does them Colombian-style – meaning he piles the wieners with pineapple and shredded mozzarella, adds a liberal squirt of ketchup-mayo secret sauce, and crowns the whole affair with a dusting of crushed kettle chips, just like how street vendors do it in Bogotá. “The [dogs] are salty, sweet and a little tangy,” says Roldan, who opened the original Simon’s in Sedona a decade ago before relocating to the Valley. Roldan’s Colombian dogs are served on a custom-baked vegan bun, and served with a choice of beef, pork, Colombian chorizo or vegan wieners ($6-$7). A true hot dog melting pot, the Simon’s menu also features Japanese-, Italian-, Sonoran- and German-style dogs, plus an intriguing selection of Colombian appetizers. 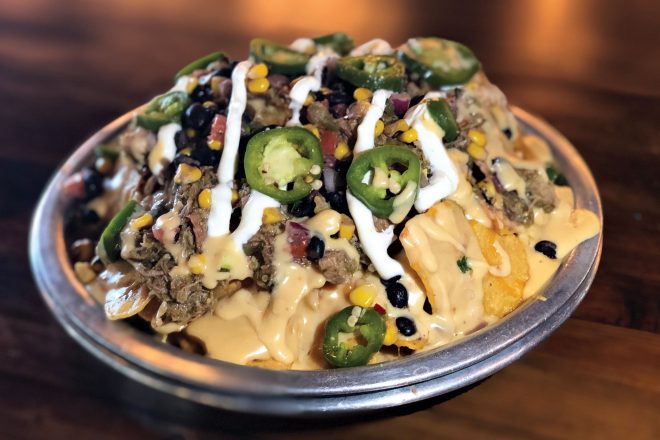 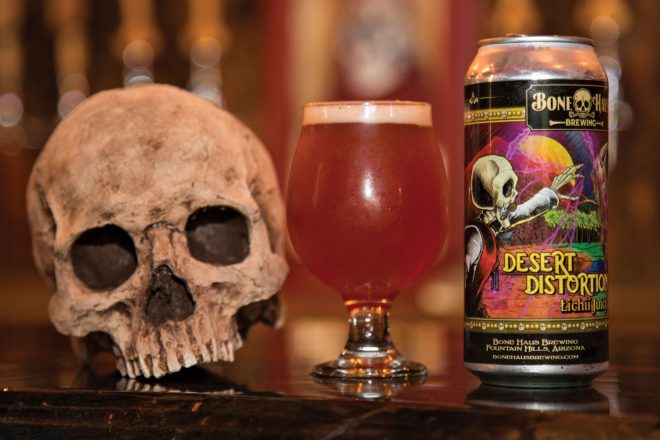