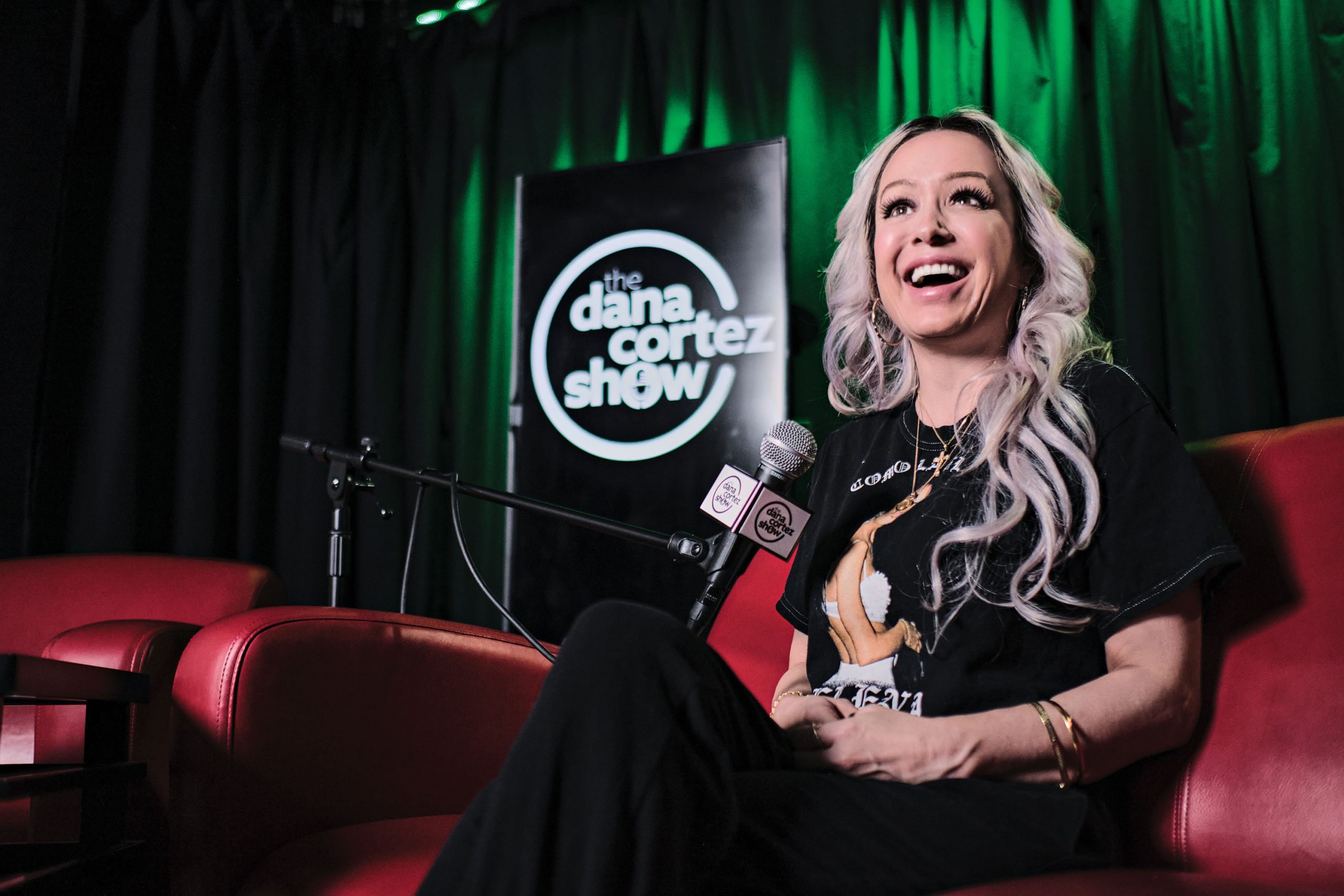 When you wake up to The Dana Cortez Show, you might hear a “WTF Story” about a guy who proposed to his girlfriend while being arrested, or work-from-home job leads on “Dana’s Quarantine Job Fair,” or an anecdote about one of the celebrities she’s interviewed, including Post Malone, Rihanna and Kendrick Lamar. Born in a small West Texas town called Big Spring, Cortez moved all over Texas working odd jobs before landing her first on-air gig at KMRK in Odessa, Texas, 15 years ago. With her humor, toothpaste commercial-worthy smile and curly blond tresses, Cortez quickly became a fixture in multiple markets, and in 2018, she became the first Latina host of a nationally syndicated morning show. She moved to Phoenix and took over the airwaves in October 2019 on hip-hop frequencies Power 98.3 and 96.1 weekdays from 5-10 a.m. along with her co-hosts, Anthony A and her husband of 12 years, DJ Automatic. “I just want people to know how grateful we are that they’re listening,” Cortez says, “and supporting something different when you go up and down the dial.”

What are the challenges and rewards of working with your spouse, DJ Automatic?

The reward is definitely achieving things together. He lifts me up, which takes an incredibly strong man. He’s my best friend. It sounds cliché, right? You’re like, ‘You can’t get along that well.’ No, we fight all the time. We argue – we’re just a regular married couple like anybody else. But we really love each other. When he travels to go deejay in another city, state or country, he still calls me, and we spend that time on the phone just like from the day we met. Is all of it rainbows and puppies and kittens? Hell, no. We have disagreements, but I think that’s what makes the show great.

Why is supporting charities like St. Jude and CASA important to you?

Anything that has to do with children is extremely important to me. There’s no child really in control of their lives. That hits home for me. I came from very humble beginnings, so I don’t ever want to forget that.

Do you listen to the same music the station plays when you’re off the clock?

Absolutely. I grew up listening to hip-hop, and it’s not only my favorite music, it’s the most listened to genre on the planet. Hip-hop is pop music, meaning it’s the most popular in the world. Former president Barack Obama releases a playlist annually, and the majority of his favorite songs are hip-hop. Hip-hop has grown up, and the advertising world seems to have finally caught on to that fact.