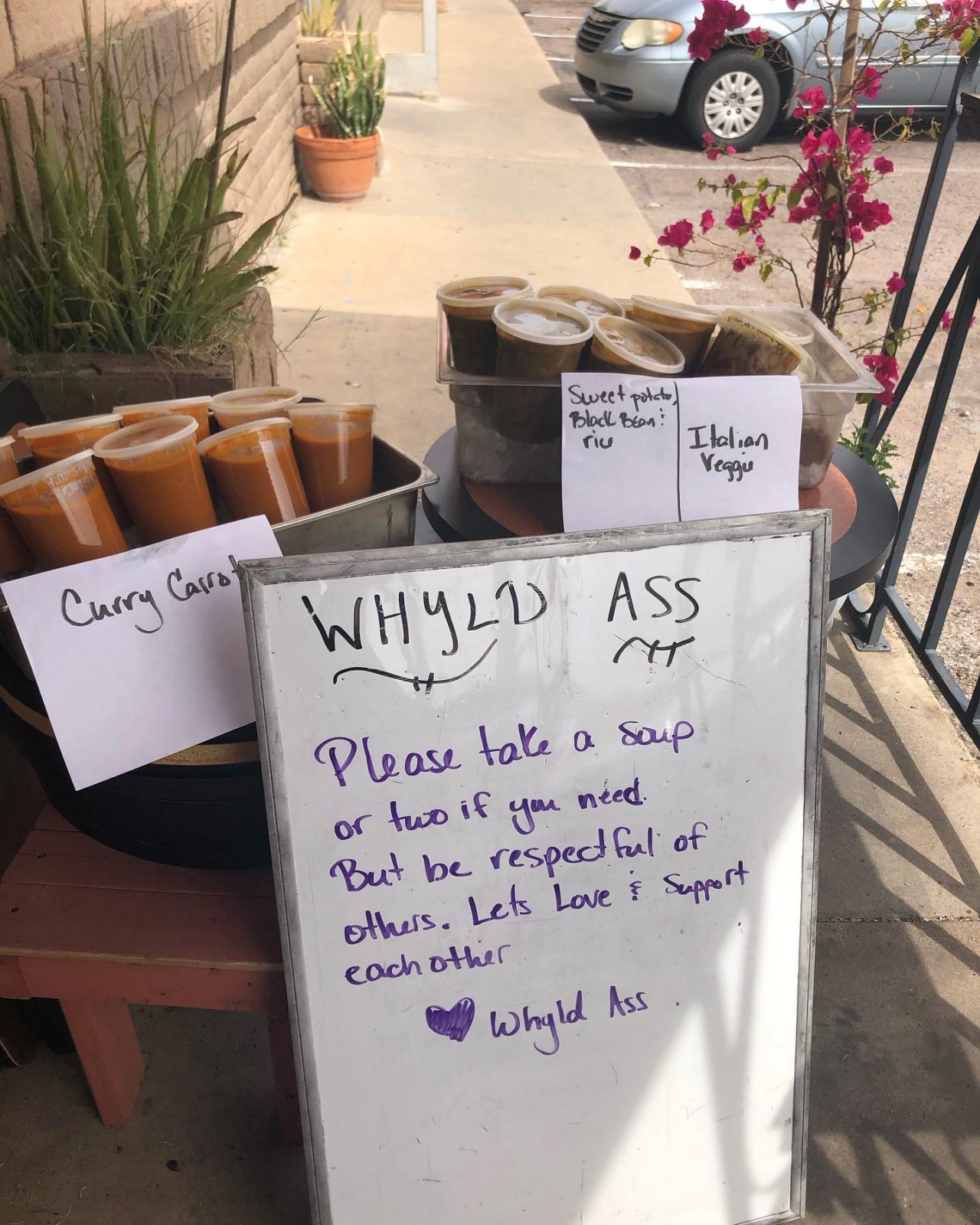 Every Tuesday and Wednesday after 3 p.m., Whyld Ass Grill owner Keith Wyatt sets several quarts of soup outside the door of his vegan restaurant in Phoenix for anyone to take.

It’s a gesture of gastronomic goodwill from someone who knows what it’s like to struggle. Wyatt had barely reopened after recovering from flooding when he shuttered amid coronavirus concerns. Since the pandemic, he’s had to lay off 85 percent of the staff at his restaurant, which makes plant-based Southern comfort food and gluten-free baked goods. The restaurant has been open for takeout and delivery only since mid-March.

“I do this because even though I am a restaurant owner going through a hard time, I understand that I am not the only one suffering right now and that some people have absolutely nothing trying to feed multiple people,” Wyatt says. “As the community supports me, I feel it is only necessary to support the community.”

Soups are put in containers on tables outside the restaurant. Each quart of soup serves two to three people. The kinds of soup vary but have included tomato, sweet potato lentil, garlic veggie and Southwest potato. “I try to have hearty soups that will fill the belly and supply the nutrients we need to survive,” Wyatt says.

Whyld Ass Grill has managed to get by thanks to numerous loyal customers who pick up goodies from the pastry cases on a regular basis. Wyatt has never asked for donations, but he says people have asked him for his Venmo and Paypal information so they can help with expenses. If interested in donating, Wyatt can receive donations via Venmo at @keitha-wyattjr and on PayPal at PayPal.me/whyld.

“I am really appreciative of everyone’s support. Without the community helping us through, we would not be able to hang in there,” Wyatt says. “It’s totally scary we are hanging on right now, but summer is right around the corner, meaning more than half the year is going to be restaurants scraping by. Can we maintain? We don’t know. Will we be evicted? We don’t know. But for now, we press on as hard as we can.”