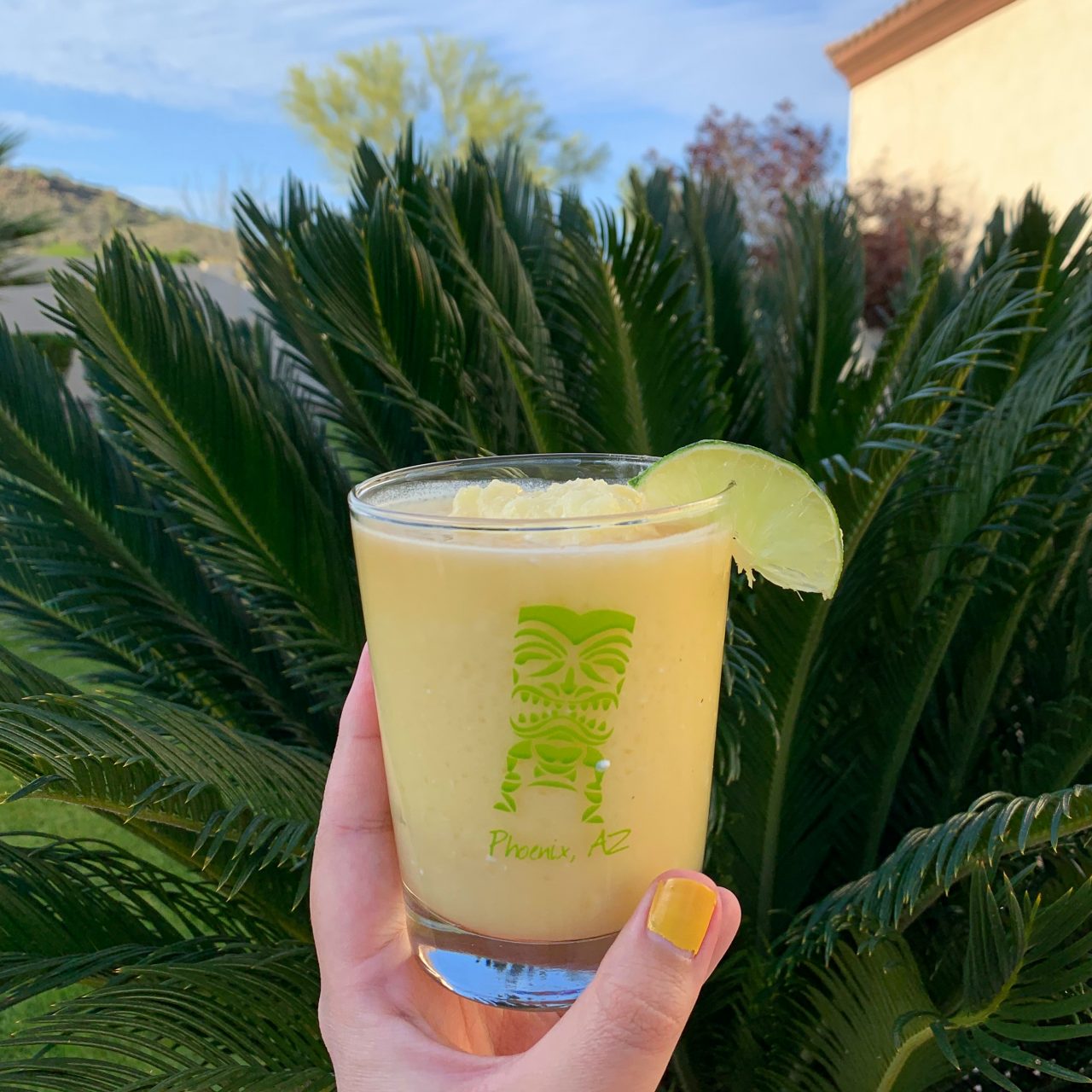 The first time I heard someone talk about tiki drinks in a positive light was at a “lunch and learn” with famed mixologist Jason Asher at Sanctuary Camelback Mountain Resort and Spa six or seven years ago. I was new to professional journalism and new to drinking – green in every sense of the word. Instead of partying, I’d spent my high school and college years studying, working and being a designated driver for my “wild” friends (in retrospect: not wild at all). At 25 or so, I was playing major catch-up, trying to educate myself on spirits, beer and wine so I could intelligently write about them for PHOENIX. The biggest lesson I’d internalized was that sweet drinks were bad, nothing more than boozy Kool-Aid, and enjoying them meant you were a cocktail philistine.

So when Asher rhapsodized about tiki history – and, touchingly, his father’s place in it at Tucson’s iconic Kon Tiki – I was confused. I thought this was a serious mixologist guy. Isn’t he supposed to be shaming me for liking rum? Intimidating me into pretending to like whiskey? Thank goodness he didn’t. Through his chat that day, I learned that tiki culture had a diverse and controversial history, that not all tiki drinks were cloying sugar bombs and that even respected mixologists revered these classic cocktails and were reimagining them in all sorts of interesting ways.

Fast-forward several years and several cocktail concepts from Asher and his business partner, Rich Furnari – the late, great Counter Intuitive and Pobrecito; gloriously atmospheric UnderTow; new darling Century Grand – and his misty-eyed love for tiki culture has stayed with me. So much so, in fact, that basic tiki mixology has been my quarantine cocktail project. Why not learn how to make these drinks at home, since I can’t go drink them at UnderTow? Granted, what I’m doing is nowhere near as complicated or beautiful as his team’s creations, but you gotta start somewhere, right?

After an initial investment in rum, orgeat, coconut milk, coconut cream, cream of coconut (different from coconut cream, so make sure you use the right one in the right way!), pineapple juice, orange juice, fresh limes and fresh pineapple, I’ve made a pitcher of Painkillers, a blender full of piña coladas (actually not a tiki drink at all since it hails from Puerto Rico, but there’s so much ingredient crossover I’m counting it; plus, pineapples = Hawaii, in my mouth) and Mai Tais, and I think I have the stuff to make Grog, a Beachcomber and a decent enough rum punch. If I can find Campari on my next grocery run, I might even try to make my beloved Jungle Bird, which I order every single time I go to Bitter & Twisted Cocktail Parlour.

These drinks are bringing me bursts of vibrant, tropical happiness in a time of severe global anxiety. They’re the sugar helping the medicine of reality go down a bit easier come 5 o’clock. Maybe you need a little sugar, too? Asher and I promise: Delighting in a little rum and pineapple juice won’t make you a cocktail philistine.

Here are the recipes I’ve been using or will be trying soon! If you have a killer recipe you’d like to share, please send it my way: leah.lemoine@phoenixmag.com.