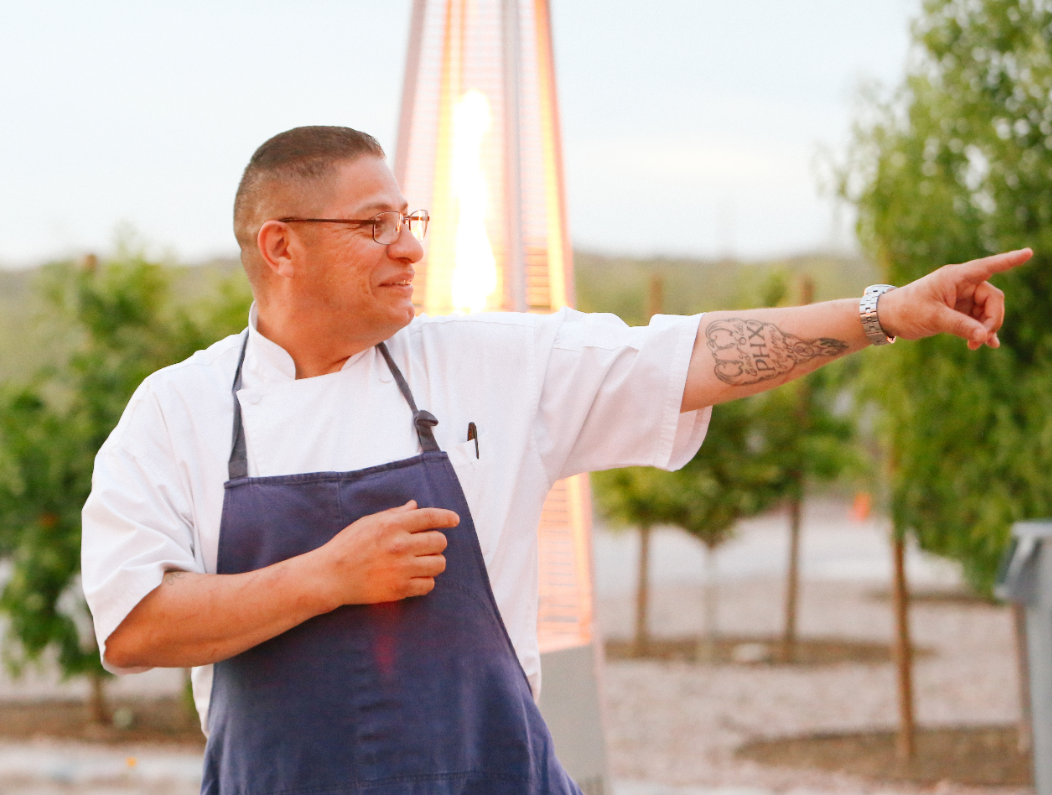 GuacStar Kitchen and Cantina, a new one-of-a-kind plant-based restaurant and bar, is coming to Tempe in early March. This full-service Cantina will be located at the Cornerstone Mall across from Arizona State University’s Tempe campus.

GuacStar will feature Mexican-inspired cuisine that is completely plant-based, and the majority of plates will not exceed $15. The restaurant’s cheeses are made with nut milks and raw nuts, its Mexican crema is made with cashews and fermented overnight to give it an acidic “bite,” its refried beans will be made with coconut oil and there will be mushrooms in the tacos that look and feel like pulled pork, and other mushrooms that resemble fish tacos.

Contreras doesn’t want the menu to contain unnecessary verbiage like “slaughter-free” or “mock meat.” He’d rather keep explanations simple because he believes in the end result: when customers get their food.

“You know you’ve done well when the food hits the table and nobody is saying anything, everybody is just eating,” Contreras says.

James Carlin, GuacStar co-owner and long-time Valley restaurateur who is behind restaurants like Blue Wasabi and The Strand, came up with this concept about two years ago. He met his now-girlfriend who eats vegan and decided to try eating plant-based for one week. That one week turned into one month, and it eventually turned into almost two and a half years.

He didn’t think that the diet would be sustainable for him long-term, but he found that he started feeling much healthier, which is why he would like to share this diet with others.

“I started feeling a thousand times better. I had way more energy, my asthma started going away, I was stronger in the gym, I was recovering faster… I just couldn’t believe it. I’m never going to go back – ever,” Carlin says.

While eating at vegan restaurants in the Valley, Carlin realized that none of them had a bar component. He decided to add this to GuacStar to “create a destination for not only foodies, but everyone who loves a great drink,” he says.

Carlin says GuacStar is a vibrant dining experience with a DJ, an island bar in the middle of the dining room with an illuminated liquor display, an 11-foot video wall, a 50-foot mural and custom decor throughout.

“For me it was bringing all of those elements together and having them all converge under one roof,” Carlin says. “A really sexy, warm, comfortable dining environment that’s upbeat, lively with great music, wonderful food and drink that creates a destination for everyone.”