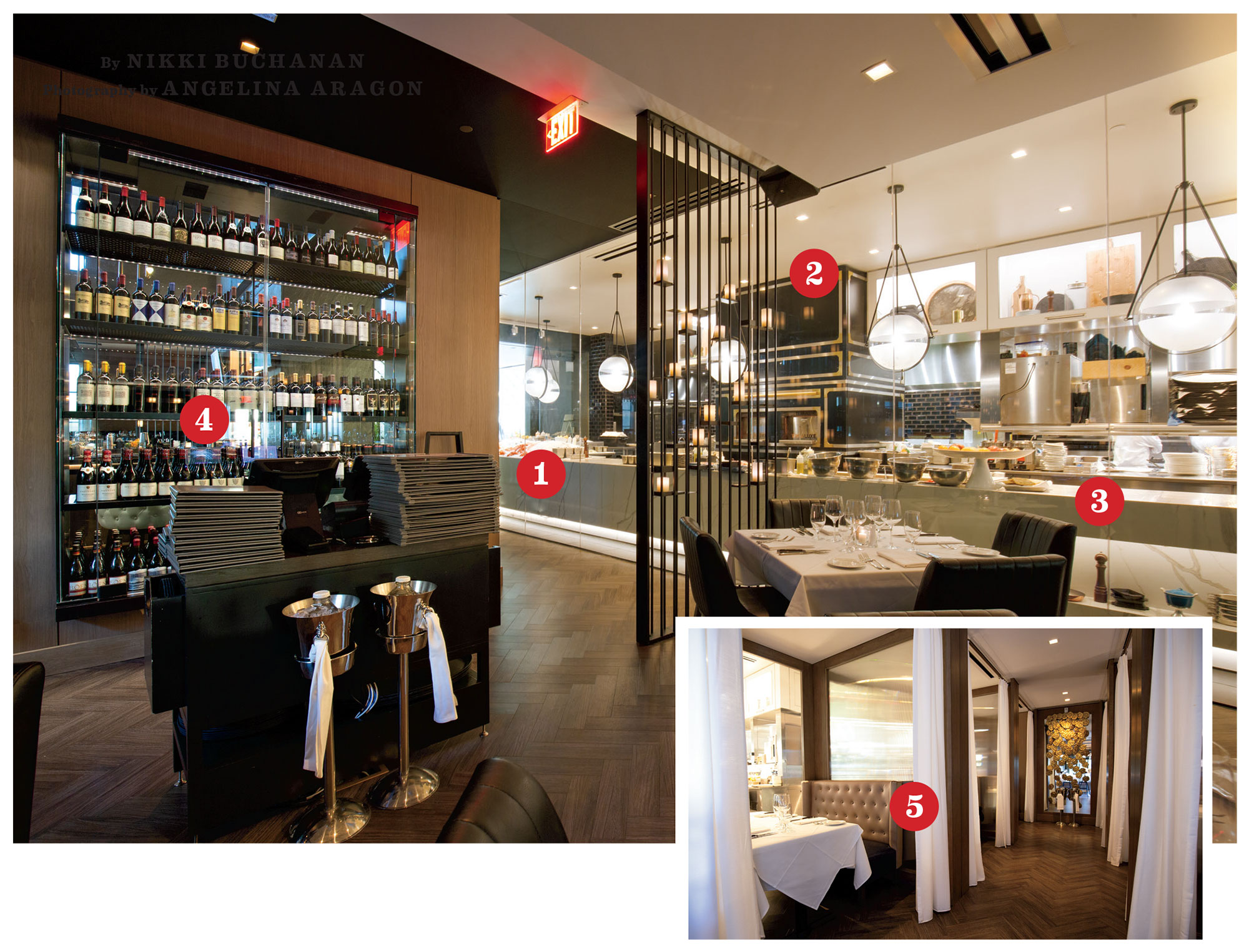 A legend of carnivorous cuisine, Dennis Mastro jump-started the Valley’s upscale-steakhouse craze when he opened Mastro’s Steakhouse near Pinnacle Peak in 1999. With help from his sons, Mike and Jeff, and partner Scott Troilo, he ultimately built an empire of six restaurants in Arizona and California, including seafood eatery (and fabled cougar hangout) Ocean Club in Kierland Commons, all of which the partners sold in 2007 for a cool $180 million. A few years and one expired non-compete clause later, the boys were back at it, opening Dominick’s Steakhouse in 2011, then the preposterously successful Steak 44 in 2014. True to form, they got back into seafood, too, breaking ground on Ocean 44 near Scottsdale Fashion Square last year – a spectacular glass-and-steel scratch build with interior design by Testani Design Troupe. Craving a “clear distinction,” between Steak 44 and Ocean 44, the restaurateurs were thrilled with the result, says Jeff Mastro.

The first thing you see when you enter the restaurant is the 25-foot working raw bar at the entrance, a vivid, behind-glass display of lobster, crab, oysters, shrimp and fish set on mounds of glittering ice. “You know where you are immediately,” Mastro says.

The custom-made wood-burning oven, used for roasting shellfish and vegetables, was designed to look like an upscale residential oven, not an industrial monstrosity. The partners spent months searching out the perfect look, finding something akin to the oven at The Lodge at Torrey Pines.

Much of the prep work happens at the 100-foot free-standing island that runs the length of the glass-enclosed exhibition kitchen. On shelves behind and above it: cutting boards, platters, pitchers and pepper grinders to reinforce the illusion of a richly appointed but comfortable luxury home.

Testani also designed the contemporary-looking wine cabinet, which glows at night. It holds about 1,000 bottles, all standing upright, which is a storage no-no, the owners admit. “But they never stay there for long,” Mastro adds reasonably.

Two rows of booths, called semi-private dining suites, look straight down the kitchen line, offering intimate views of the action. Requests are taken on a first-come, first-served basis, so call ahead and ask for one of the two coolest tables in the house: No. 501 or No. 502. 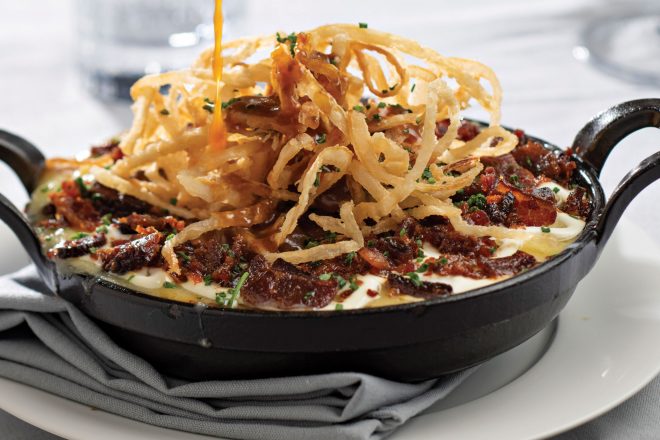 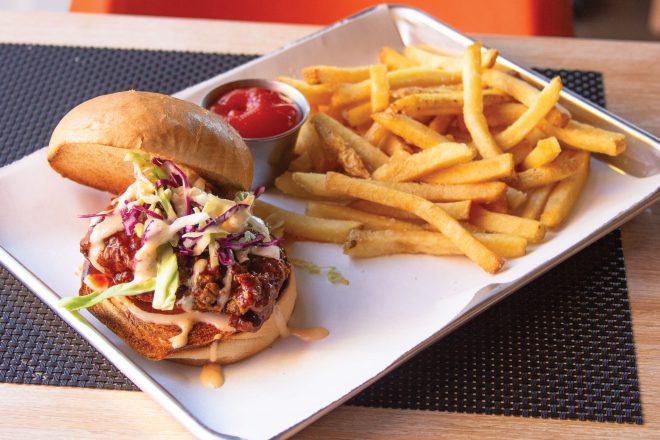