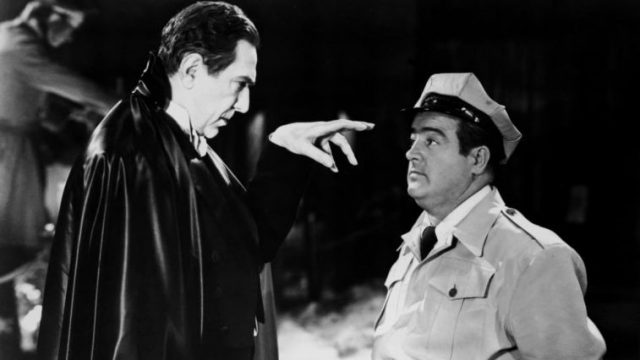 Abbott and Costello Meet Frankenstein cereal party—Out of the many Halloween-appropriate movie-going options available right now, from The Lighthouse to Zombieland Double Tap to The Addams Family, you might want to consider a fun old-school possibility, the 1948 favorite in which the comedy team mixes it up not only with the Frankenstein Monster (Glenn Strange) but with Count Dracula (Bela Lugosi), and the tortured Larry Talbot, aka the Wolf Man (Lon Chaney, Jr.).

Even those of us who find Bud and Lou’s antics more dated than those of, say, Laurel and Hardy or the Marx Brothers, can still enjoy this one, because the monsters are a hoot. This was the only time, outside of the original 1931 Dracula, that the great Lugosi ever got to officially play the Count in a feature film; it was also his last real big-studio feature, and you can sense, in his confident hamming, how much fun he’s having. The movie also features some splendid animation sequences, under the opening titles and also when Dracula transforms into a bat.

It could be a good way to introduce kids (ages 6 and older) to the joys of the classic monster pictures. There’s just one show, 11 a.m. Saturday, October 26, at Alamo Drafthouse Cinema in Chandler, and it includes a “bottomless bowl of cereal.” Cereal and the Universal Monsters – a recipe for Saturday morning happiness.

At the Orpheum Theatre: 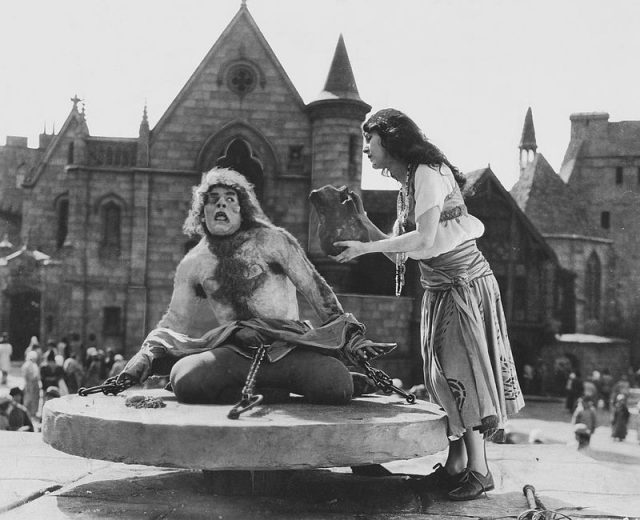 The Hunchback of Notre Dame—If you want to go even more old-school, the following day you can check out this epic 1923 version of Victor Hugo’s novel at “Silent Sundays” at 2:30 p.m. Sunday, October 27, at the Orpheum Theatre. The film, which stars the legendary Lon Chaney, Sr. as the heartsick hunchbacked bell-ringer Quasimodo, will be accompanied live by theatre organist Brett Valliant on the Orpheum’s Mighty Wurlitzer. Kids under 12 get in free, too. A Happy Halloween to all from Friday Flicks!