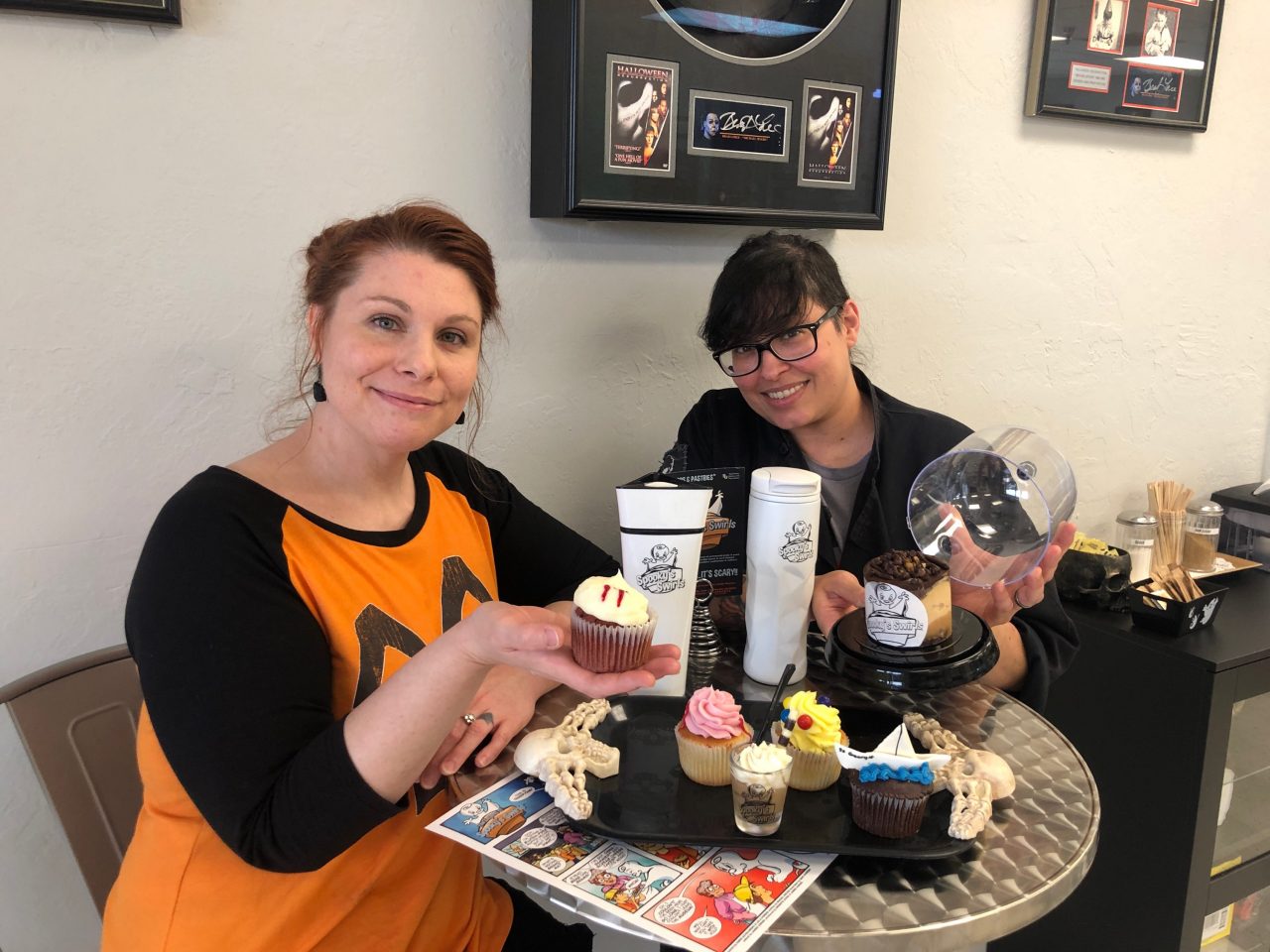 It’s the week of Friday the 13th and Lola Forbes and Chris Szydlowski have a rack of 100 sugary hockey masks on cooling racks in their kitchen.

This is par for the course at Spooky’s Swirls, the duo’s gluten-free, horror-themed bakery in Chandler.

Patrons can find a rotating menu of horror movie-inspired masterpieces in the bakery’s display case. Pennywise, Godzilla and the Demogorgon from Stranger Things have all appeared on pastries in the past. Forbes says each week has a different theme, but cheesecake, cupcakes and brownies are mainstays. Spooky’s also offers Death Wish Coffee, java that contains 200 percent more caffeine than the average cup of joe.

“We wake up and get inspired by whatever we get inspired by, or whatever the theme is for the week and then I make delicious cupcakes,” Forbes says. “[Szydlowski] comes up with these crazy ideas of how to turn them into spooky wonders of art. It’s been incredible since we opened.”

The pair opened the pastry shop the first week of July and had a grand opening on August 10.

“Pinhead was here signing autographs. The line’s out the door, people coming in dripped in sweat ordering hot coffee and cupcakes with big smiles on their faces,” Forbes says. “I’ve never seen anything like it, and I’ve worked in the pastry industry and restaurant industry my whole life.”

Spooky’s fanbase has only grown, and Forbes speculates gluten-free guests push them more than the horror fans, even though sci-fi and scary movies are what started it all.

Spooky’s also houses a mini horror museum, made possible by the Horror and Sci-Fi Prop Preservation Association (HSPPA). The not-for-profit prop archive showcases screen-used and production-made props, costumes and other relics from horror and science fiction films. At Spooky’s, guests can get an It-themed cupcake and peruse a carefully curated gallery that includes Über Jason’s stunt machete from Jason X, Ghostface’s stunt mask from Scream 4 signed by Wes Craven and weapons from Batman Returns, My Bloody Valentine, Robocop and Ghostbusters. Then, they can stay and watch a scary movie on the TV in the dining area. On Saturday mornings, Forbes says she likes to put on cartoons like Scooby Doo, Beetlejuice and Invader Zim.

“We’re just some weirdos who like to bake and watch good movies and eat really well and we just want to share that with everybody,” Forbes says. “We don’t want people to leave… People want to come in and stay and hang out and that’s what we want.”

HSPPA founder James Azreal is also co-owner of Spooky’s Swirls, along with Ernesto Avina, who has been an integral part of the association since its inception in 2015.

“[Azreal] was like, ‘I’d like to have my own little museum.’ We wanted a gluten-free bakery. That’s the thing that brought it all together,” Szydlowski says. “Let’s make a themed bakery with a prop museum and see what happens. We’ll try it and see if anyone gets it.”

The team didn’t expect so many people to “get it.” They were afraid the concept might be too niche.

Surprisingly, the team behind Spooky’s Swirls isn’t gluten averse. “We wanted to make something different,” Szydlowski says. “Anyone can do just a bakery. We wanted a challenge.”

Forbes adds that making tasty gluten-free baked goods is certainly a challenge. Their tagline is “We’re doing gluten-free so good it’s scary.” Their mission is to make high quality pastries at an affordable price point. 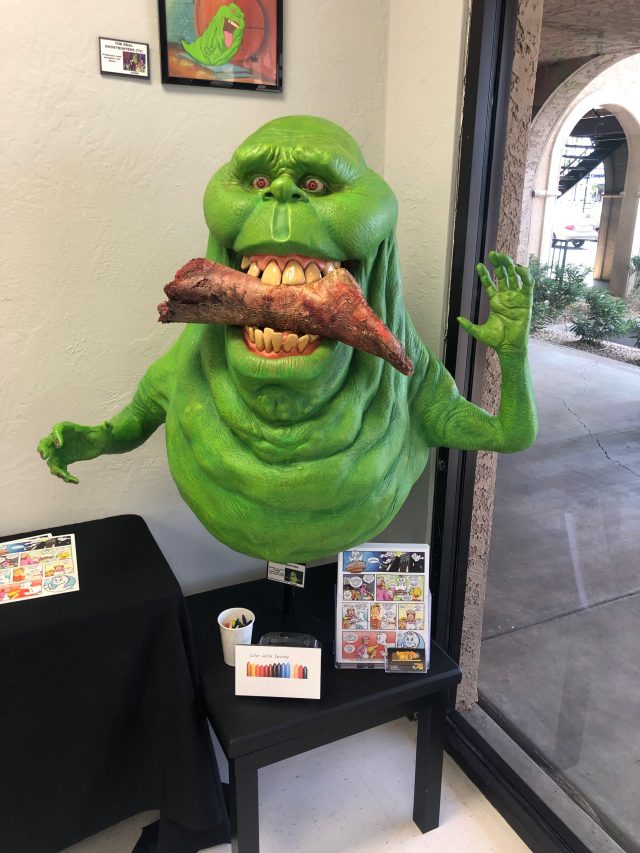 “We want it to be approachable and delicious but at the same time we’re not asking someone for $8 for a sad vanilla cupcake, frozen and dried out,” Forbes says. “Everything that’s in our case rotates so quickly, we keep it fresh and we really put a lot of extra work and time and thought into it.”

Forbes and Szydlowski reminisce on their favorite creations. For Szydlowski, the “creepy eyes” on the “Peanut Butter Pennywise” are a contender. Forbes says their Sharknado cupcake featured “the best blueberry frosting you ever ate in your life.” But it’s the “Boston Screams” that take the cake, so to speak. Layered with vanilla cake, pastry cream and dark chocolate ganache, the decadent dessert make the pastry chefs “feel fancy” without straying from the spooky theme.

The pair’s most pivotal ingredients, however, are unwavering passion and positivity.

“If you want to start a business, it better be something that you love, that you want to talk about 95 percent of the time and that you can say the name of 100 times a day and you’re still going to be excited about it,” Forbes says. “I can’t think of anything else but this stuff that I could do that with. The good days are pretty good around here.”