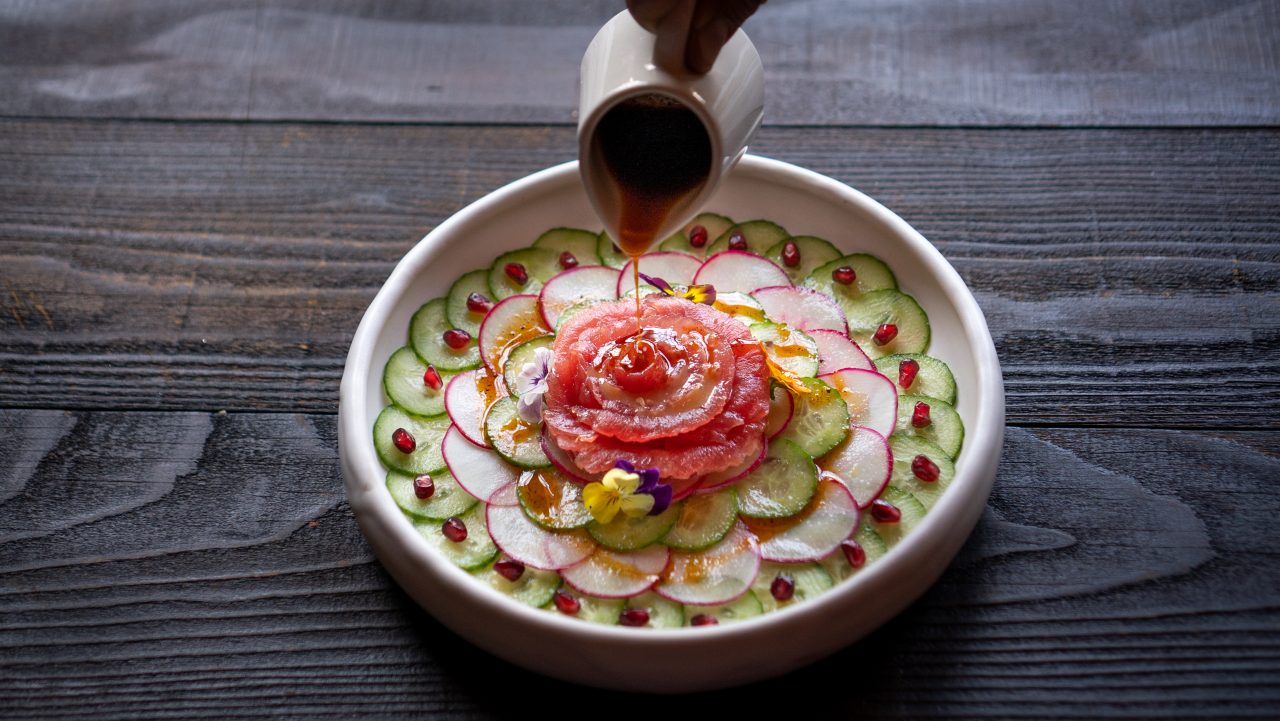 Toca Madera, an upscale Mexican restaurant that originated in Los Angeles, will set up shop in a new luxury wing at Scottsdale Fashion Square later this month. Billed as a polished alternative to nightlife, Toca Madera will feature a raw bar and taqueria serving up starters and salads, inventive entrees, vegan options and specialties served on lava stones. A “farm-to-glass” mixology program will incorporate unique ingredients like charcoal, prickly pear, butterfly flower, wildflower honey and shrubs.

“Our second ever Toca Madera will encompass everything the original is known for – a decadent menu of modern Mexican cuisine, a vibrant atmosphere and a creative, interactive cocktail program,” says Tosh Berman, CEO of The Madera Group, which owns and operates Toca Madera and its sister restaurant, Tocaya Organica.

With raw, earthy elements and a design inspired by Dia de los Muertos, Berman adds that guests will be “immediately transported to a dark and mysterious escape” upon entering the restaurant. Toca Madera’s intimate lounge will offer entertainment including international DJs and live performances curated by an in-house production team.

The phrase “toca madera” translates to “knock on wood.” Berman says the decision to name the restaurant after the Spanish colloquialism stemmed from the wood materials used throughout its interior.

“In fact, there’s a specific type of wood used in the big tree trunk in the center of the Los Angeles location that was imported specifically from deep in the Mexican jungle, where it was said to have brought good luck when used in the Mayan temples,” he says.

Expect a menu filled with Mexican favorites like tacos and enchiladas, as well as innovative plates such as Sashimi Mexicano and Japanese Kobe served on hot lava stones, which present playful Oaxacan interpretations, Berman says.

“I personally love the Caprese Mexicana – the flavor profile is perfect,” Berman says. “I also love our Mexican Fattoush Salad. The blue corn tortillas with lime and tajin add so much to the profile of the dish.”

Berman says expanding to Arizona was a natural fit because the southwestern state embraces Latin-influenced food and culture. So, why Scottsdale in particular?

“When it came time to explore expanding our beloved first restaurant after our incredible five years of success in LA, we wanted to ensure it was going into a city with similar values,” Berman explains. “Scottsdale was an easy choice, with a shared commitment to a health and wellness-driven lifestyle.”

While Toca Madera may share the same standards as its neighbors, Berman insists it will “offer guests a restaurant experience unlike any other in town.”

“Toca Madera’s unique blend of sensory experience – from artfully plated dishes to visually dynamic surroundings and an unmatched music presence – brings an element to the area that was missing before,” he says.