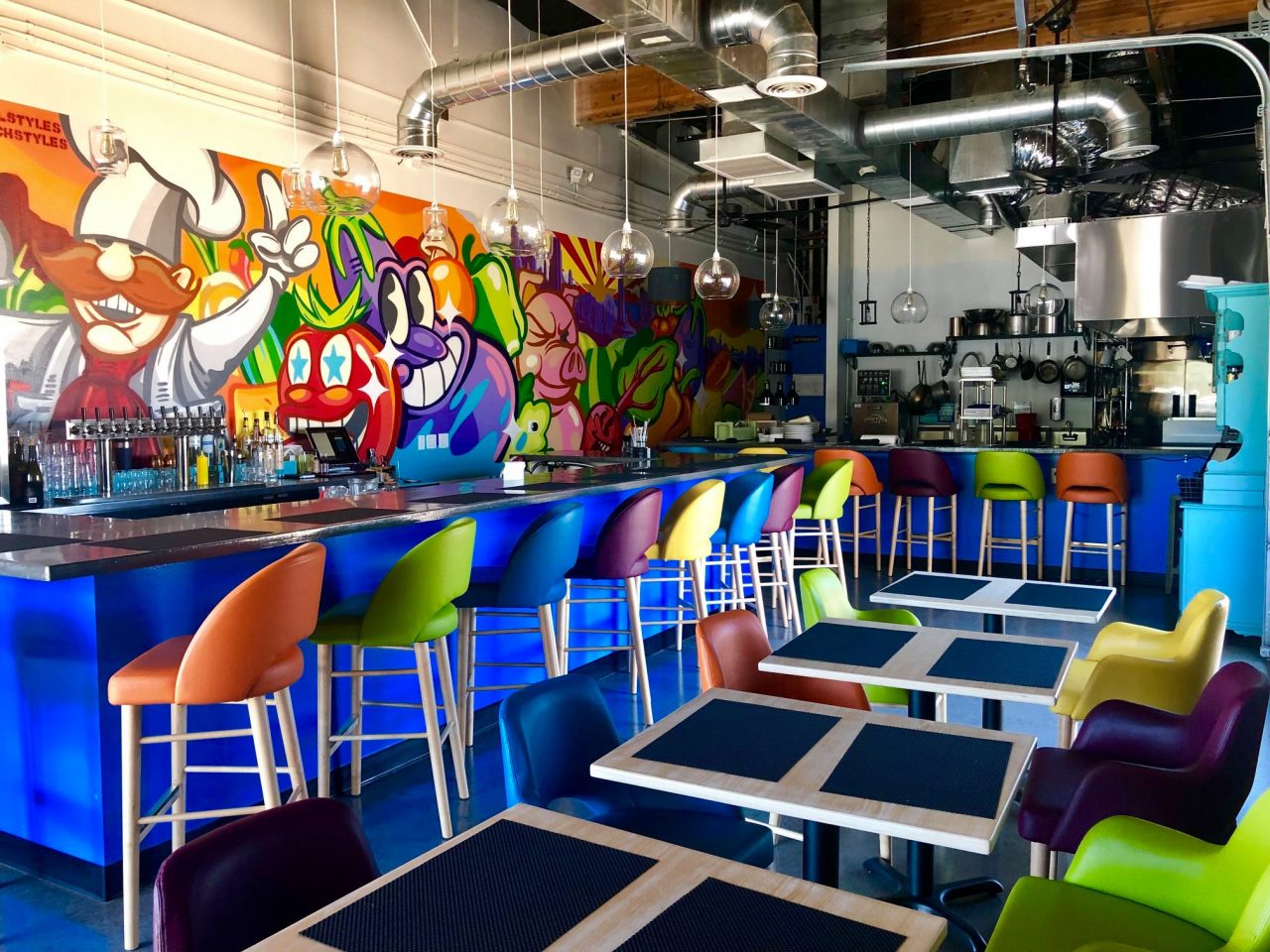 Owned by Sean Hayes and Jo Ann Franko, the couple behind Mesa’s Tipsy Cactus TapRoom, there’s more to this cozy, chef-driven eatery than meets the eye.

“Our landlords had approached us with an offer to open a second spot in another of their locations,” Franko says. “Since we already owned a tap room where only beer and wine are served and no food, we decided we wanted to own a full-service restaurant.”

The duo approached chef Gabe Madrid, who often brought his food truck, Taste of New Mexico, to Tipsy Cactus for Taco Tuesday. The partnership was perfect. “People would flock to our tap room on Tuesdays to eat his food,” Franko says.

Now customers flock to Tucked Away to try Madrid’s inspired menu, which showcases his New Mexican heritage with a Spanish and Asian twist. Standout menu items include his award-winning green chile mac and cheese, a green chile cheeseburger, homemade potato chips and Korean chicken bites. “His menu also offers stuff for kids, vegetarians, vegans and meat-lovers,” Franko says. “Our food is what makes Tucked Away shine.”

Tucked Away, which opened in July, serves craft beer on a 12-tap system, wine from Chacewater Wines, and clever specialty cocktails. The robust selection of beer includes lagers, sours, IPAs, stouts and porters which pair well with the restaurant’s Southwestern-inflected fare or can also be enjoyed on their own, Franko says.

The rotating cocktail menu features creative concoctions “showcasing all the big liquors like rum, vodka, gin and tequila.” During the summer, the cocktail menu consists of “light, fruity and colorful” options like the “Pick Yo Peppa Margarita,” which allows customers to choose from a selection of chile-infused tequilas paired with fruit syrup. The tart and tasty Desert Martini combines vodka, prickly pear and ginger beer, and The Smokey Jo marries mezcal, almond syrup, coconut and pineapple juice for a smoky-smooth sipper. Tucked Away also has a full bar if you’re craving a more traditional tipple.