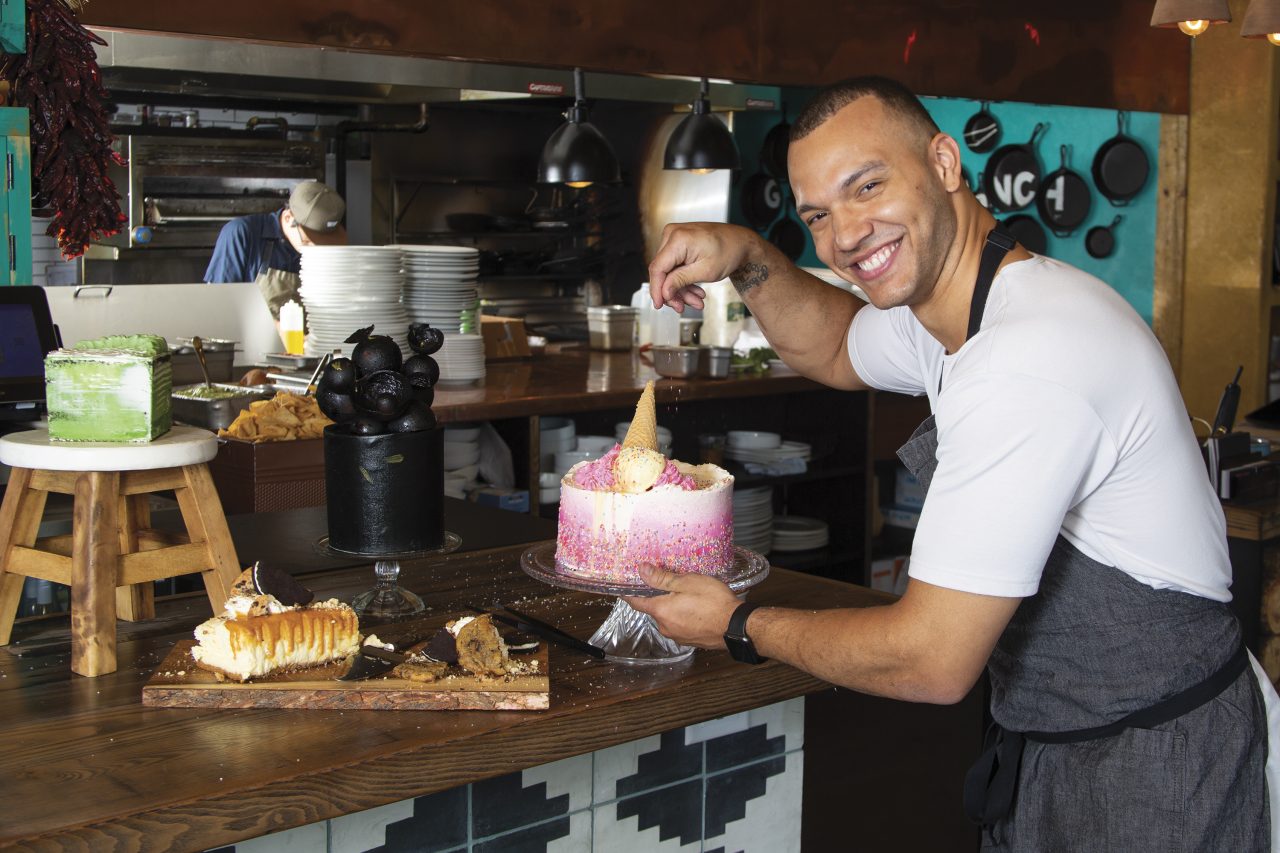 Larry ‘’L.T.’’ Smith didn’t quite achieve his dream of a lucrative NFL career, but the amiable 27-year-old has found another way to make a lot of dough. A standout wide receiver at the University of Akron who signed with the Indianapolis Colts in 2015, the Ohio native was released before ever appearing in an NFL game. His subsequent travels brought him to the Valley, where he followed another of his passions – cooking – by attending the Arizona Culinary Institute, training under top Valley chefs such as Beau MacMillan and Alex Stratta. In August 2018, Smith landed a sous chef position at Ghost Ranch in south Tempe, earning a quick promotion to develop the high-profile bread and pastry program at its sister restaurant, Tempe Public Market Cafe. We caught up with Smith early on a recent morning.

What’s something about your new bread and pastry program that you wish people knew?

That we’re doing almost all of it in-house. It helps our quality, our consistency, everything like that. Everything in our pastry case we make… We’re gonna be doing all of our breads in-house, except for maybe the baguettes.

What are your favorite flavor combinations?

I like to focus on seasonal and local. So out here I love to do nopales and prickly pear, putting the cactus pad with its fruit. That’s a really fun play. I also like to do cured tomatillos and things like that – take savory components and make them sweet.

Do you have a signature?

That’s a tough one. I love cheesecake. It’s my favorite thing to eat. We sell a lot of them, so I’d probably say that’s my signature. I’m a traditionalist, so I just like classic New York [style], maybe some cherries on top.

Are there any stories behind your creations?

I love bringing in things that I grew up with, like our zucchini bread, a chocolate chip zucchini bread. I put a streusel on top. It’s something I grew up with my mom making for me. Every time I have a slice it brings back that memory, and that’s what I strive to impart to our customers, our guests and our community.

Your NFL stint was short. Did you at least get to play in a preseason game?

No. We were on the way to a preseason game and players had gotten hurt – we had five veterans go down in one practice – and they were trying to clear cap space to get some other veterans in. So they ended up getting rid of a lot of the new guys. That was the end of that story, unfortunately.

Where do you go for treats?

I work a lot, so I don’t get out much. I do want to go check out – I think it’s called Essence? I hear [owner Eugenia Theodosopoulos] is another Ohio chef, a really great chef who went to train in France, and so I’m really excited to go check her out.

Have you ever made a pastry with those flavors?

I haven’t, but I’m going to start playing with it now that you brought back that memory.