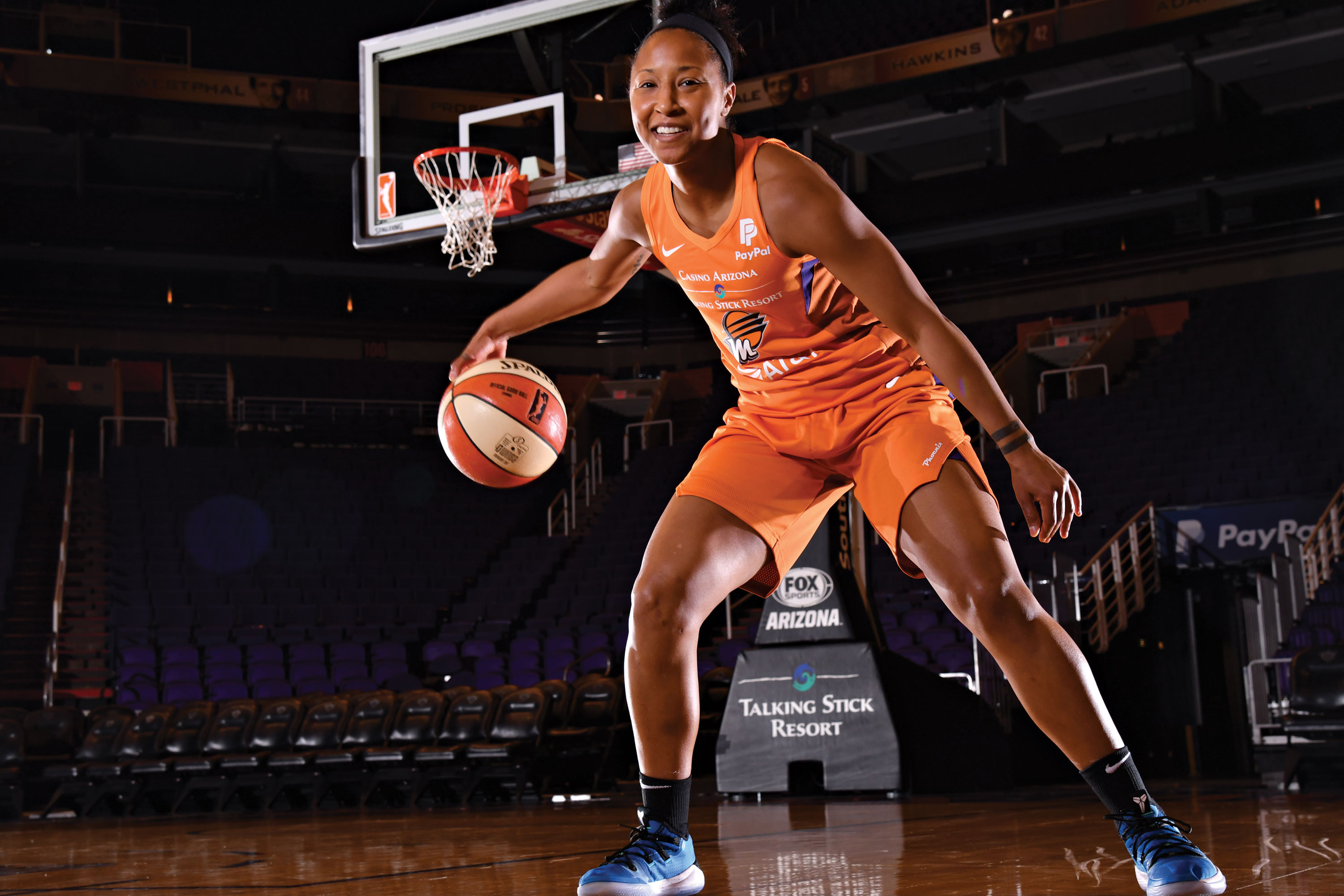 Not many professional basketball players pursue coaching careers during the off-season, but Phoenix Mercury point guard Briann January managed it. Last season, the former Arizona State University Sun Devil averaged 7 points, 2.1 rebounds and 3.3 assists per game with the Mercury before helping ASU women’s basketball coach Charli Turner Thorne lead the Sun Devils to a 22-11 overall record and fifth place finish in a competitive Pac-12 conference. But at 32, the 5-foot-8 January – who played for ASU from 2005-2009 before being selected in the first round of the 2009 WNBA draft by the Indiana Fever – has decided to put coaching on hold as she steps into the starting lineup in place of Mercury legend Diana Taurasi, who is out through July recovering from back surgery. We caught up with January about coaching, being a role model for the LGBTQ community and the on-court benefits of karate.

What are the chances of a championship this season?

We’ve brought back our core and added some really dynamic rookies to give us some youth. Diana being out definitely hurts the team because she’s the greatest of all time, but at the same time, that’s going to allow our team to gel and allow people to step up. So when she comes back, there’s not so much pressure on her.

Why step down at ASU?

It was a super difficult decision for me because I love coaching. It’s 100 percent what I’m going to be doing when I’m done playing. However, I want to be invested in giving everything I have for the rest of my career because I can’t play forever, and I want to make the most of these moments. I just owe it to myself to really be present while playing and give it everything I have while I still have the opportunity to play at the highest level.

Your dad teaches martial arts and you have a black belt. Does it aid your game?

If you were asking my father, he’d say 100 percent. Yes, it influences every aspect of the game. Just staying level, staying present, staying focused on the task at hand, not letting anything distract you while you’re out there on the court. Being able to recover, having control over how you affect others, your attitude and energy. Physically, when you get knocked to the ground, you’ve got to fall properly, know how to absorb contact, how to push yourself past the brink. All of these things I learned in martial arts.

What are your favorite things about Arizona?

I love the sunshine. I come from Washington (state) and I never knew how much I was affected by the sun until I got here. I love being outside and the energy it gives me.

You have a public relationship with your girlfriend. Is it important to you to be a voice for LGBTQ people?

Oh, 100 percent. I feel like that comes with being a professional athlete. I don’t think you have to put your information out there, but I do feel as if I have a platform to be a role model, and to be an example and to be visible to other women who are like me or who aspire to be what I am. I’m not ashamed of who I am. I’m proud of the woman I am.