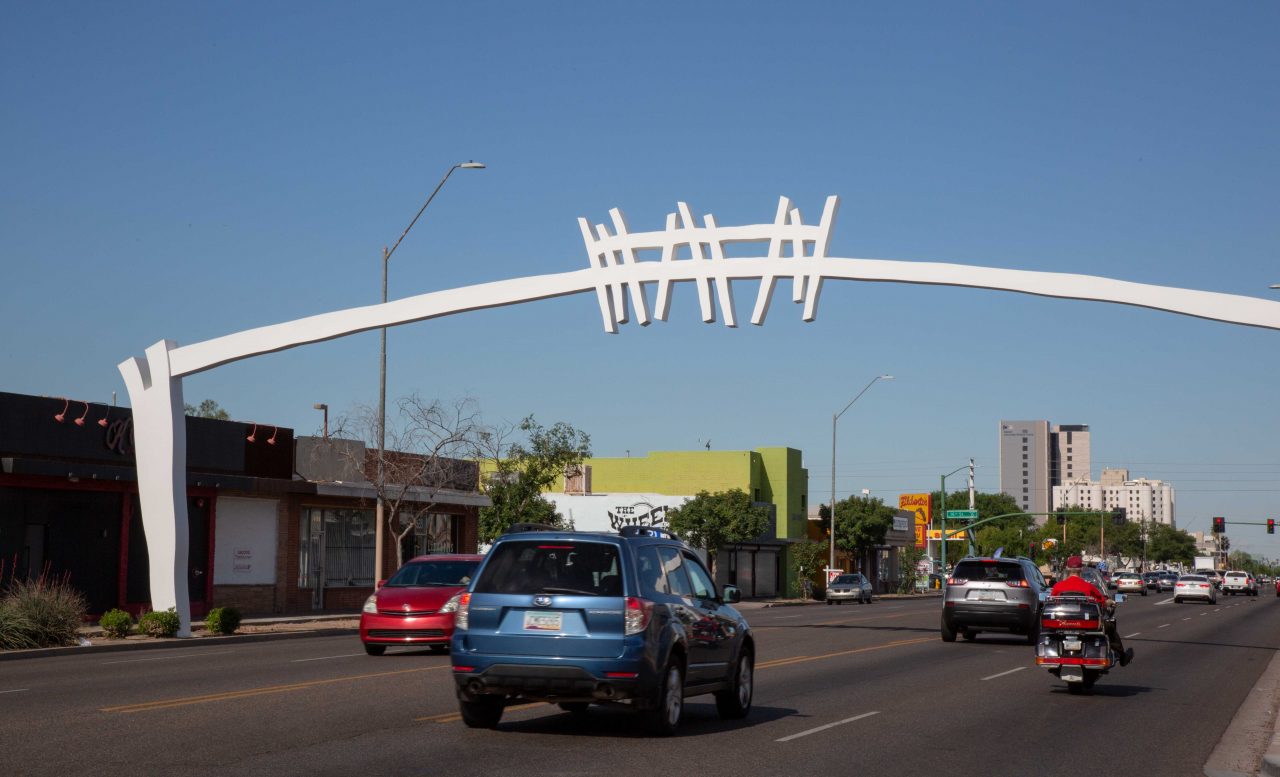 You’ve probably seen that white metal arch over McDowell Road near 16th Street. Perhaps the Chinese-looking letters over the top caught your attention, and you’re disappointed when you can’t find the Chinatown it must lead to. Amiright? It’s okay. You’re not alone.

The Gateway Arch, as it’s called, was a public art project commissioned in 1990, as a gateway to Downtown Phoenix. The city of Phoenix closed the street down for its dedication in 1991. Twenty-eight years later, it got a second dedication on April 13, 2019, to honor the artist who created it and also to mark a rebranding and revitalization of a historic area in blight. Anchored by State Route 51 on the east and Banner University Medical Center Phoenix on the west, this section of McDowell Road where the arch is located was dubbed the Miracle Mile on McDowell in the 1950s when it was one of the most active pedestrian streets in Phoenix. The arch became its icon in the 1990s.

That’s when Phoenix Arts Commission hired local (and New York) artist Michelle Stuhl to create it. Before she helped cut the ribbon this second time, she did not speak to the small audience gathered of any kind of Asian motif. Rather, she said her design is abstract. Meant to convey a sense of community, her design was inspired by architecture and fences and was painted white to reflect light, creating different looks throughout the day. Stuhl says she drew the original design in chalk on metal for Michael Anderson to fabricate. At the time it was erected, the city ran out of funds to add lighting as originally planned, though, and Stuhl anticipates that will be addressed as the Miracle Mile Merchant’s Association works toward bringing back the commercial vibrancy of McDowell Road’s mid-century past. Already, a mix of new shops, restaurants and boutiques are opening, including Mucho Más Gallery & Gifts.