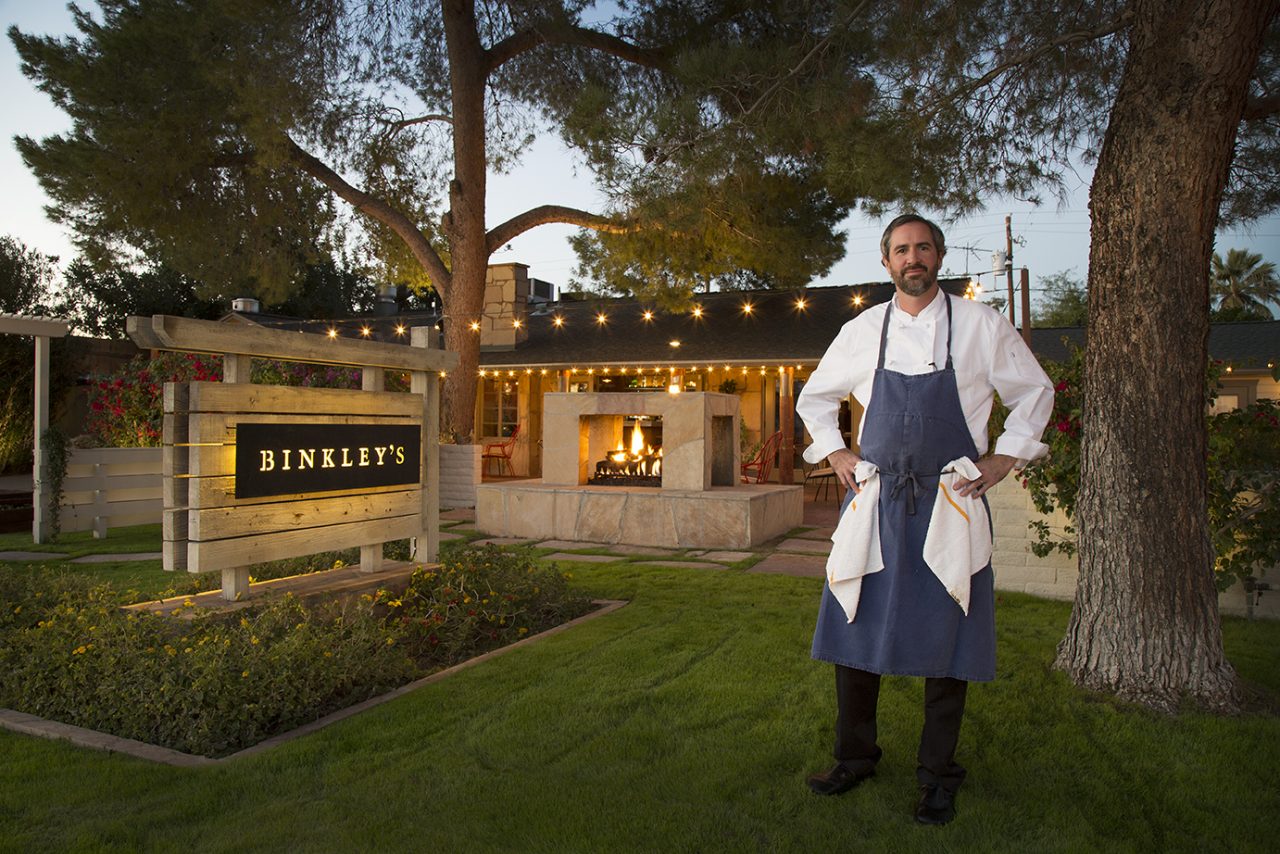 If you’ve been lucky enough (and flush enough) to enjoy a three to four hour, 24 to 28-course dinner at Binkley’s, then you know it’s a revelatory food experience that requires the capacity and sheer doggedness that only a true gourmand can muster. Chef-owner Kevin and his front-of-the-house wife Amy have been pondering that phenomenon of late, wondering how to amplify yet refine the mind-boggling but somewhat overwhelming dinner event they offer. And they’ve come up with a plan that feels streamlined but intimate.

Since its 2016 opening, this scaled down iteration of the original concept (founded in Cave Creek in 2004), has always exuded a “mi casa es su casa” vibe played up by Binkley himself, who usually gives a welcoming greeting that says as much. But now that casual, dinner-party atmosphere is even more obvious, thanks to a more relaxed start time (6:15-6:30) which allows for pre-dinner tours of the small property, offered in stages as guests arrive. In good weather, the evening still begins on the terrace, where cocktails are passed out before a trip to Amy’s garden, where guests might sample one of her strawberries before being handed, say, a hollowed out strawberry filled with foie gras. Guests return to the terrace to relax over drinks and snacks, then pass a BBQ grill (where something down-home but yummy like chicken legs might be smoking) before heading inside for a seat at the bar, where five small, wildly inventive takes on bar food are offered. The bulk of the courses take place in the dining room, where guests are invited into the kitchen to watch the preparation and chat up the chefs. If much of this progressive dinner sounds vaguely familiar, it should. The differences are found in the far more relaxed pacing, the smaller number of courses (with more small bites on the plate at once) and the scaled-back descriptions of dishes (some delivered at the table, some delivered to the group by Binkley himself).

Sure, it’s a small thing, but when there are fewer course changes and fewer bits of nerdy food lore to take in, the slightly frenetic feeling slips away, guests relax and the night becomes more fun. It doesn’t hurt, either, that the evening typically ends in just under three hours before guests have hit the unmistakable glazed-eyed, food-coma stage.

After Mother’s Day, the Binkley’s will reduce the number of possible reservations from 24 to 16, adding yet another layer of intimacy and exclusivity to the experience. Prices will go up $5 to $185 per person, plus tax, tip and liquor. Fine dining is alive and well at Binkley’s. It’s simply become more casual and far less pretentious.

Considering Binkley’s evolution, I find it incomprehensible that one of the Valley’s greatest talents has been snubbed once again for the Beard award. Oh well. Maybe he’d simply rather cook than play the requisite political games. 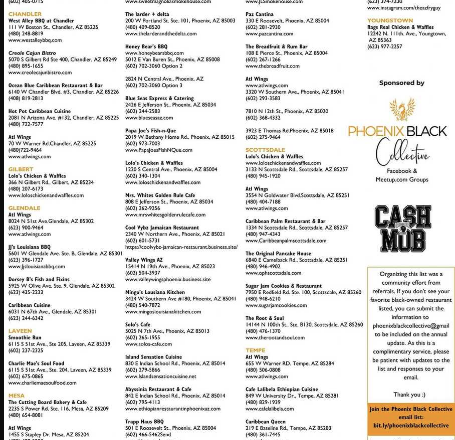 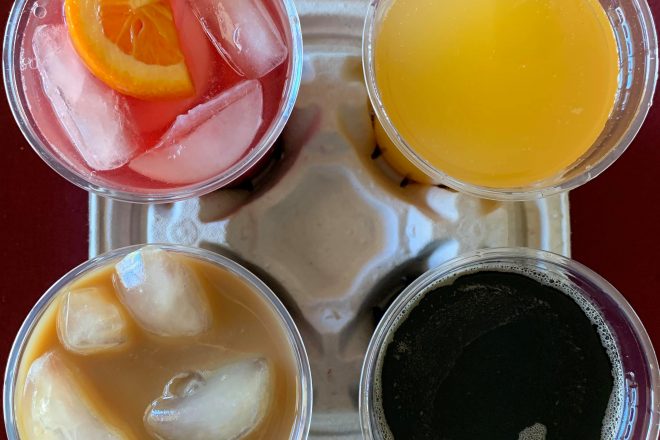 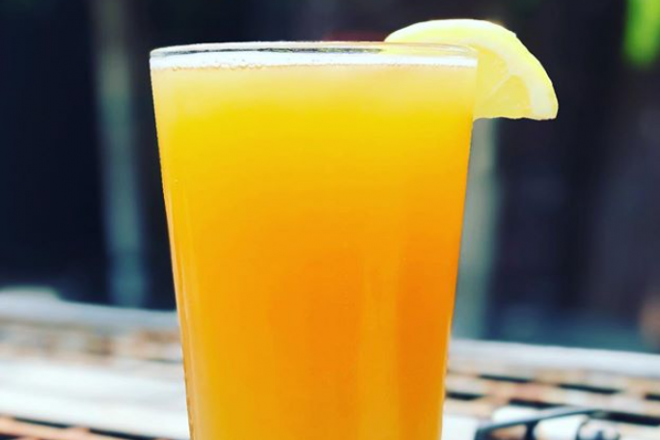