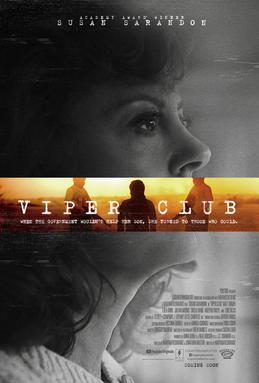 Viper Club—It sounds like a James Bond movie, and it is about international intrigue, but there’s nothing glamorous or escapist about this bitterly sad drama. Susan Sarandon plays Helen, an ER nurse in upstate NewYork whose son, a freelance journalist, has been taken hostage in Syria. The polite federal agents keep assuring her that they’re doing all they can, and admonishing her to keep the matter a secret, and under no circumstances to pay any ransom.

Gradually Helen realizes that both the FBI and the State Department, who view each other with barely-concealed suspicion, are dragging their feet and stonewalling her. She also learns, through her son’s colleagues and friends, of a secret network that arranges these ransom payments through wealthy donors: the Viper Club of the title.

The script, by director Maryam Keshavarz and Jonathan Mastro, is fictional, though obviously inspired by the 2014 case of James Foley and other true-life incidents. Keshavarz succeeds in maintaining tension while also generating a maddening sense of stasis and powerlessness, both in the face of the terrorists and of the opaque wall of federal bureaucracy and of agendas unknowable to regular people.

More than anything, though, Viper Club is about money; the utter helplessness of having no financial recourse to power and influence. Even the indifference of the officials to the plight of foreign journalists like her son seems to stem partly from the fact that they’re freelancers unattached to well-funded papers or networks. It’s one of the more detailed and unsentimental depictions of being at the lower end of working class I’ve seen in an American movie in a while.

If I’m not making Viper Club sound like a million laughs, that’s because it isn’t. But it is worthwhile, because it’s wrapped around Sarandon’s effortlessly superb performance as this exhausted, stoic, heroic woman. We watch Helen as she plies her essential trade, calmly seeing to people’s needs in the midst of horrifying tragedies, training and guiding doctors who will go on to make far more money than she will, pulling extra shifts, getting lectured by her supervisor, working out at home to a VHS tape of Richard Simmons, all while carrying this intolerable personal burden in secret, haunted by cruel dreams of her son. There are other good performances in the film—by Edie Falco, for instance, as Helen’s wealthy VC contact—but it’s the leading lady that gives Viper Club it’s potent bite. 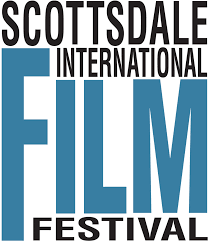 Scottsdale International Film Festival—Just two weekends ago we had the inaugural Peoria Film Festival; this week sees the start of the 18th annual Scottsdale fest, which runs from November 2 to November 11, and, as its name implies, shows cinematic offerings from around the world. The fest kicks off with a 6:15 p.m. reception followed by a 7:15 showing of Roma, Alfonso Cuaron’s ’70s-era Mexican period drama. The remaining screenings are at Harkins Shea, and include such films as Mapplethorpe, with Matt Smith as the famous/notorious photographer; Boy Erased, with Russell Crowe and Nicole Kidman in a drama about conversion therapy; Becoming Astrid, about Pippi Longstocking author Astrid Lindgren; Rafiki, a first-love drama from Kenya; and The Judge, a documentary about Palestine’s first female Shari’a court judge. Single-film tickets are $14; go to scottsdalefilmfestival.com for details.

The Other Side of the Wind—It would not normally be the mission of this column to encourage you to stay home and watch Netflix, least of all on a Friday night. But new Orson Welles movies don’t come along every weekend, and this long-delayed drama, the Citizen Kane master’s last feature as director, debuts on the service November 2, after premiering at this year’s Venice Film Festival. This behind-the-scenes tale of an imperious movie director, played by John Huston, has a special interest for us here in the Phoenix area, as parts of it were shot around the Valley in the ’70s. So get your movie geek friends together and, since you’re staying in, raise a glass to the great filmmaker—maybe of Paul Masson wine; any bottle bought on behalf of Welles at this point would surely not be sold before its time. 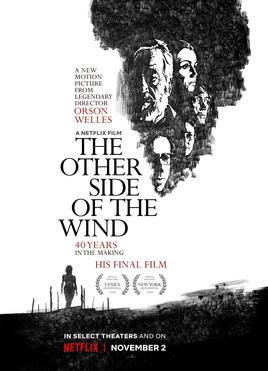