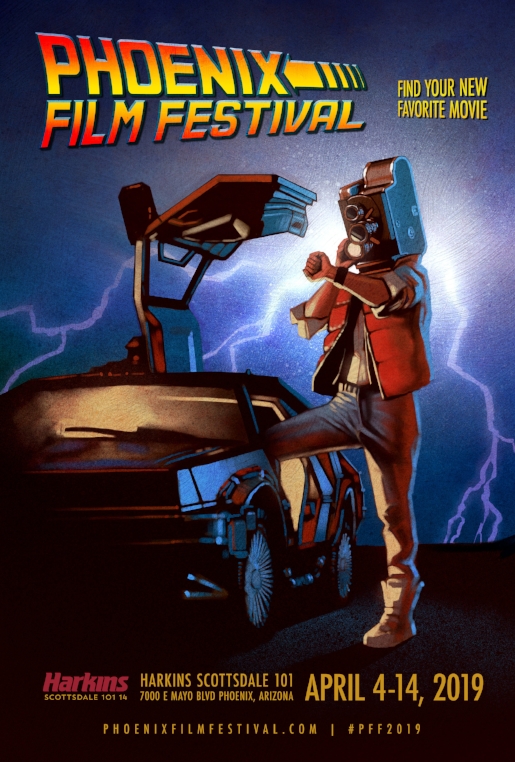 The 19th annual Phoenix Film Festival kicks off Thursday, April 4, and continues through April 14 at its usual, conveniently concentrated venue, Harkins Scottsdale 101. According to executive director Jason Carney, the event begins and ends on very different, but equally potent, feet.

“I think we put together really great bookends to open and close it,” Carney says. “Our opening movie is Extremely Wicked, Shockingly Evil and Vile, with Zac Efron as Ted Bundy.”

This film from director Joe Berlinger, who will be present opening night, is not, Carney assures us, another lurid and graphic account of the serial killer’s grisly career.

“It’s not that graphic,” Carney says. “I wouldn’t have had it opening the festival if it was. It’s really kind of about the relationship [Bundy] has with this woman.”

The fest winds down on April 14 with a pleasant contrast. “Our closing night feature is a movie called The Farewell, which is such a sweet, charming, funny movie,” Carney says. “It’s an amazing story that began when the director told it on This American Life.” Awkwafina stars in director Lulu Wang’s comedy-drama about a Chinese-American family’s decision to hide their mother’s terminal cancer diagnosis from her.

In between these bookends, there’s a dizzying array of films from around the world, along with the usual partying and schmoozing. There’s even a Kids’ Day from 9 a.m. to 2 p.m. Saturday, April 6, with a variety of hands-on activities, and a screening of the new Disneynature film Penguins at 1 p.m. And as always, running on the same dates and venue as PFF is its creepy side-action shindig, the International Horror and Sci-Fi Festival.

Asked what selection stood out for him, from this middle portion of the fest, Carney is ready with an enigmatic answer: “There’s a really intriguing movie called The Tomorrow Man,” he says. “The movie you think it is isn’t the movie it turns out to be.”

Go to phoenixfilmfestival.com for details.