Our latest “discovery”: this well-known but underrated resort restaurant, where chef Samantha Sanz is making the Valley’s most exciting Latin-inspired cuisine.

Be it Broadway or a James Beard Award-winning kitchen, understudies to stars rarely become stars themselves – but that’s precisely the scenario taking shape at resort favorite Talavera, where chef de cuisine Samantha Sanz is delivering a knockout performance in her new leading role.

Sanz joined the flagship restaurant at the Four Seasons Resort Scottsdale at Troon North in 2015, taking a creative backseat to executive chef Mel Mecinas, who oversaw all of the restaurants on the property and cooked in Talavera’s kitchen. A year or so later, Mecinas left for Scottsdale National Golf Club and was replaced by Four Seasons vet Chuck Kazmer, who gave Sanz free reign to run the Talavera kitchen so long as she met his high standards and adhered, más o menos, to the restaurant’s nouveau Latin steakhouse paradigm. A native of Nogales, Mexico, who had worked with Beau MacMillan at Sanctuary and Gio Osso at Virtù, Sanz had the pedigree to pick up where Mecinas left off. 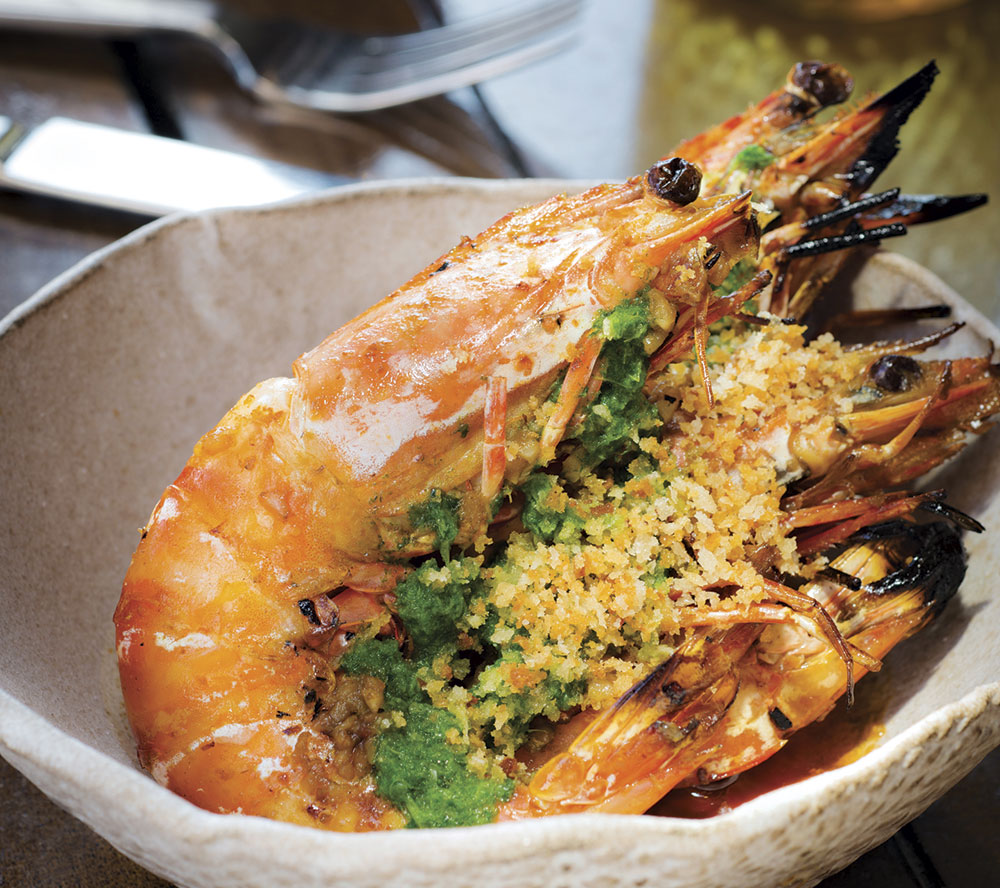 Then something remarkable happened. Sanz, who is all of 29, high-jumped over the bar set for her. Her exciting new menu, which puts traditional Spanish cuisine in a modern, global context, makes Talavera seem like a brand-new restaurant, and in a way, it is. The elegant, multi-windowed dining room overlooking Pinnacle Peak and the surrounding desert has been given a complete makeover to reflect Sanz’s new direction, and like the menu, the space is sophisticated and sexy. Thanks to Sanz, Talavera has become more than a pleasant hotel restaurant with an extensive wine list – it’s a legit foodie destination. 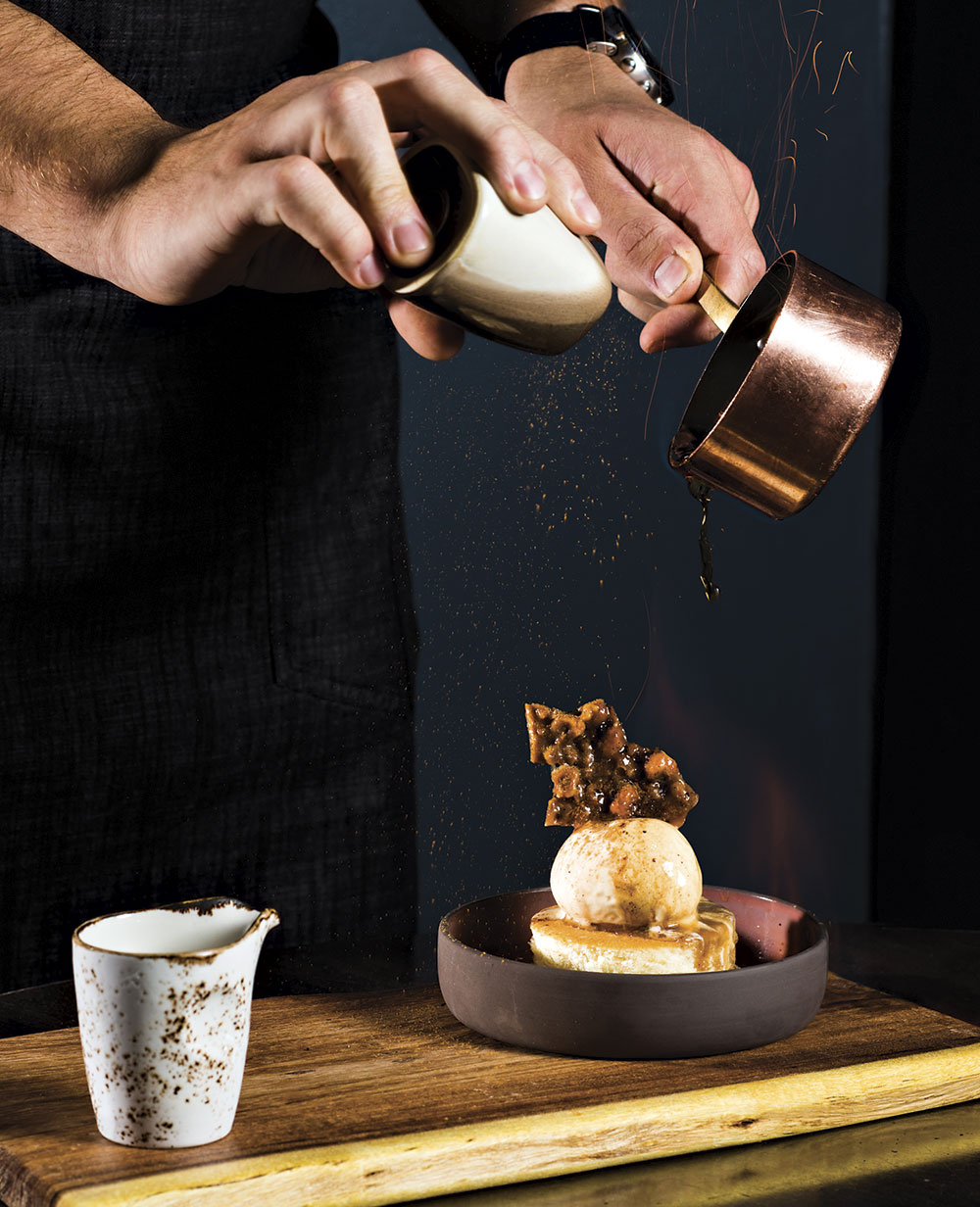 If you’ve never had Spain’s jamón Ibérico de bellota, considered one of the finest hams in the world, Talavera is the place to try it. Although the story behind the dish sounds like one of those absurdly precious fairytales invented for food snobs, it’s absolutely true that free-range heritage pigs spend their last days fattening up on foraged acorns (bellotas) until they double in weight. Their highly marbled meat is aged for three years, producing a deep red ham with a silky but firm texture, its sweet, nutty flavor deepened with earthy, funky undertones. Jammy orange-rhubarb mostarda makes delicious but completely unnecessary accompaniment because the ham, like love, is all you need. (Also like love, it’s not cheap: $45 for 2 oz.) While you’re ordering from the cheese and charcuterie section, get the Manchego – three triangles of the supple, slightly piquant sheep’s milk queso aged for 12 months and served on a board with wobbly membrillo (tart-sweet quince paste) and tiny cubes of moist, almond-studded fig cake.

From the tapas section comes ultra-tender Spanish octopus (pulpo a la plancha) lightly charred on the grill and served over a bright red swath of mojo picón, a spicy, tangy, completely addictive sauce redolent with cumin, garlic and smoky guajillo chile. Served with lightly smashed potatoes and grilled onions (green and white), it would make a small but perfect meal if I had that kind of discipline. Frenched New Zealand lamb chops, rubbed with aromatic ras el hanout (a North African blend of spices), evoke the Mediterranean, thanks to fresh mint, preserved lemon-sparked local olives and thick streaks of dill-flecked, lemony labneh (strained yogurt). They’re fabulous. 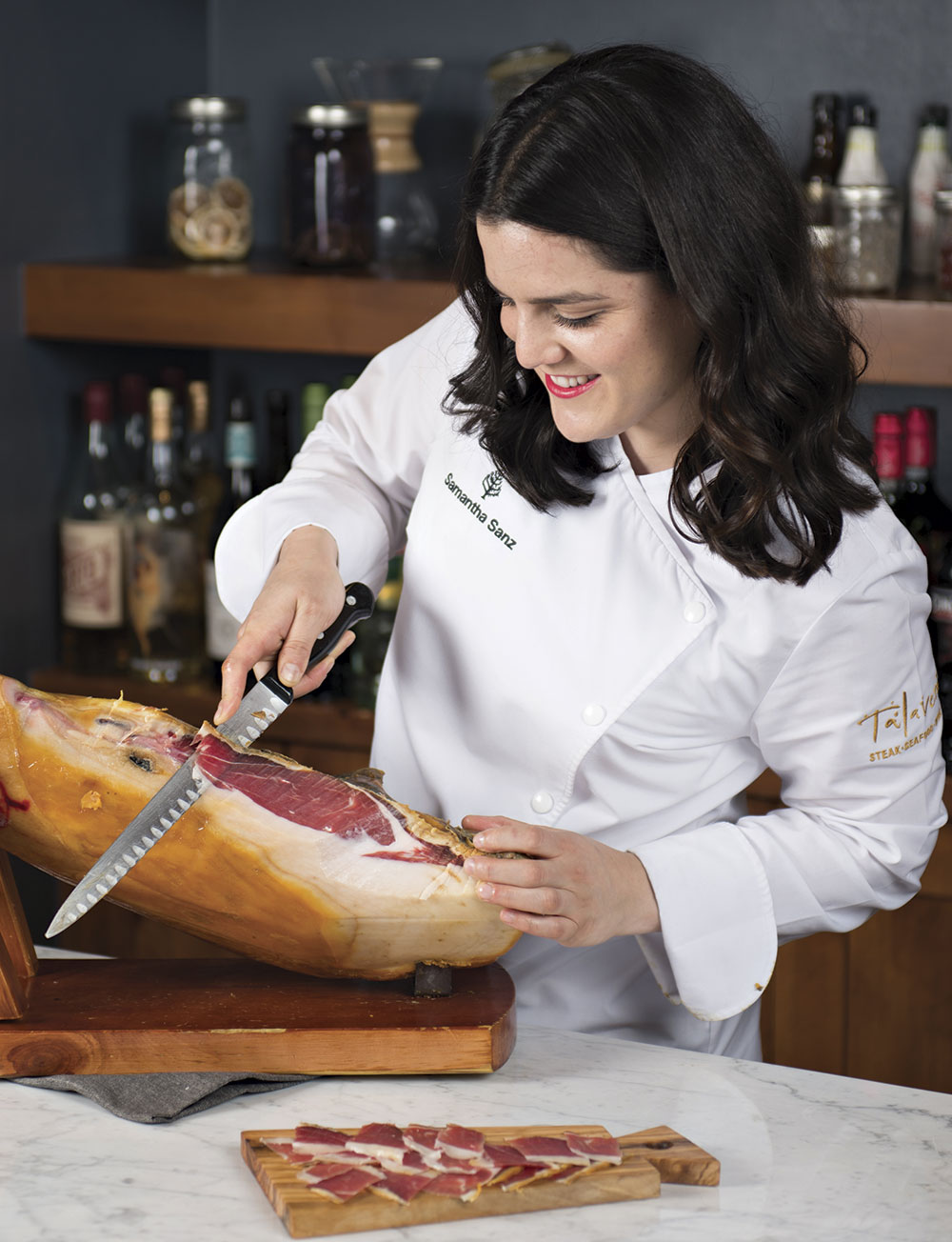 It’s a splurge, but 10 ounces of Wagyu beef ribeye cap – each rich, fatty slice caramelized and crispy at its edges – is well worth the $125 you’ll shell out for it. Order it with a side of piping hot mashed potatoes, whipped with creamy raclette (a Swiss cheese that melts like a dream) and count your blessings. Or opt for surf, not turf, with paella de mariscos, the single best paella I’ve ever eaten. Ultra-moist and ultra-rich, it brims with excellent seafood – fat clams and mussels, silky lobster and a bright red, lobster-like Carabinero prawn, sweet and faintly saline. But the best treat just may be the blackened rice stuck to the bottom of the hot pan.

When desserts show up, I’m delighted to discover that executive pastry chef Lance Whipple has the chops to keep up with Sanz. His crispy-outside, creamy-inside cinnamon churros, served with warm, saffron-scented chocolate sauce, are outstanding, as is wondrously light and fluffy passion fruit cheesecake, topped with toasted turrets of meringue and sided with gin-spiked blackberry jam. But for sheer drama, nothing beats creamy tres leches cake topped with dulce de leche ice cream and a shard of coffee nut brittle, its accompanying Kahlúa rum sauce flamed tableside and poured around the cake like a moat. 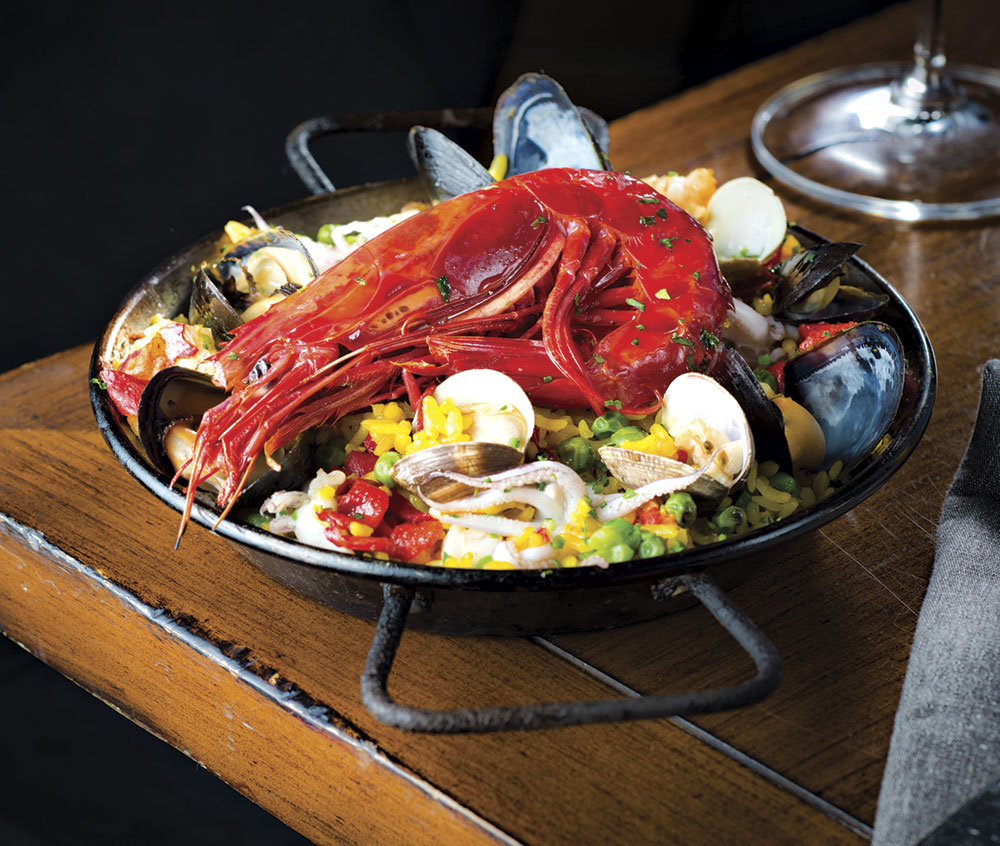 I’m so excited about the reinvented and utterly revitalized Talavera. Reboots are seldom this inspired. Kudos to Chuck Kazmer for recognizing Sanz’s talent and believing in what she calls her “vision.” This girl is going places. Let’s hope not too soon.