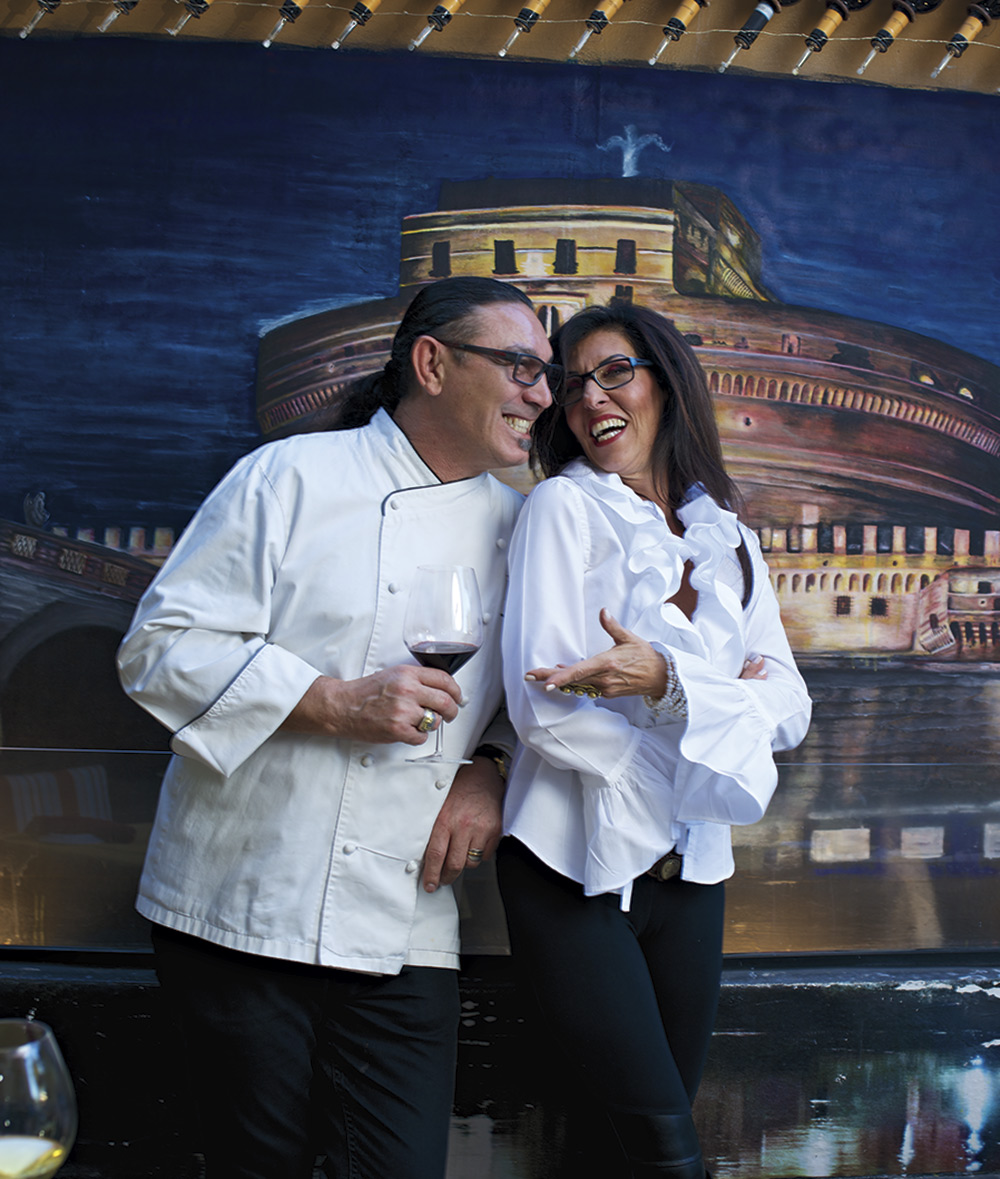 “Cooking is like love: It should be entered into with abandon or not at all,” wrote pioneering newspaper columnist Harriet Van Horne. These cupid-struck Valley culinarians prove that couples who cook (for the masses) together, stay together.

On the cusp of 1994, New Yorker Sima Marks was a successful recording artist based in Rome who had been touring Europe for 10 years. “I was having one of my ‘I’m not performing, I’m going out’ nights” on New Year’s Eve, she says, when her friend took her to the bistro of a rising young chef named Marcellino Verzino.

“We just happened to sit next to each other and, at the stroke of midnight, instead of a kiss on the cheek, we kissed on the lips,” she says. “I thought he was gorgeous. Marcellino started to court me after that. He brought me out to beautiful lunches by the sea, dinners in Rome.” After a year and a half of romance, Sima returned home to New York and brought Marcellino with her, after a rather playful marriage proposal.

“I just invited people to a goodbye party in Rome,” Marcellino says. “I said, ‘You are invited to our wedding in New York.’ She looks at me [with a shocked face] and I said, ‘If you don’t want it, no problem.’” He laughs. 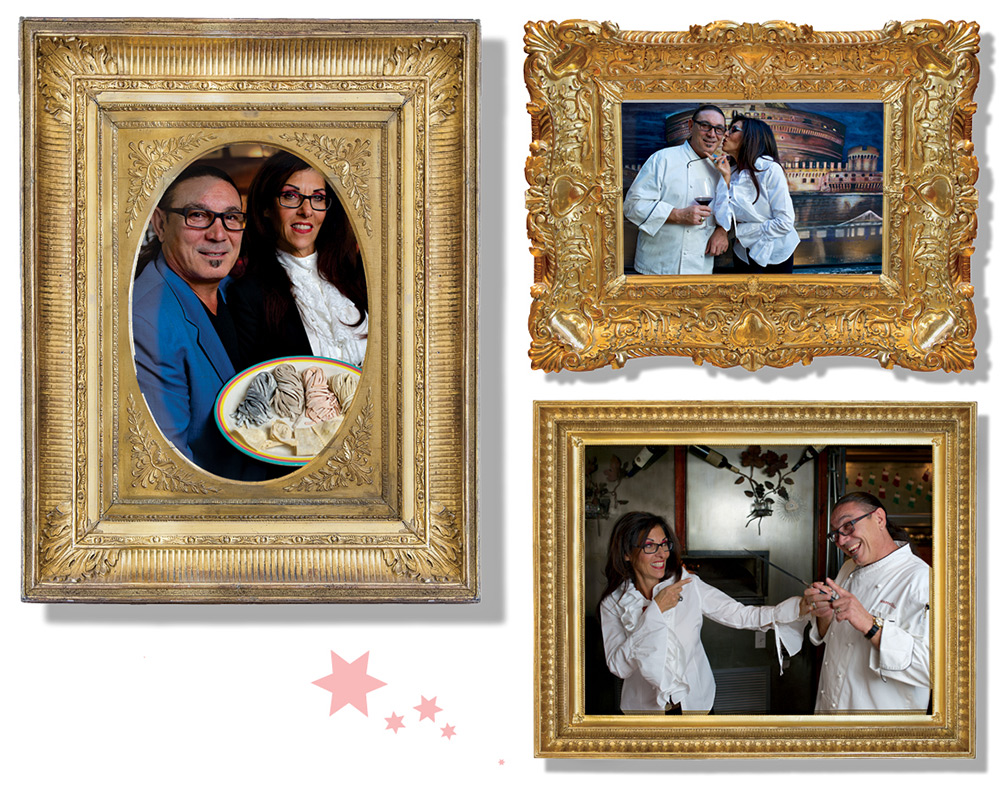 Sima put her music career on hold to support Marcellino’s culinary ambitions as he toiled in some of Manhattan’s finest Italian restaurants, including Amarone, where he was chef-partner. But her entrepreneurial instincts flared. “I said, ‘You know what? Enough making all this money for other people. We’re going to do something together.’”

The duo moved to Arizona and opened Marcellino Ristorante in Scottsdale, where Marcellino handcrafts pasta and traditional Italian dishes and Sima takes care of front-of-house duties, personnel and events. Two years ago, Sima returned to her musical roots. She now performs in the restaurant on Thursday evenings.

“One of us could not do it without the other,” Sima says. “I understand his cuisine to every ingredient because I watched him build it and create it. It’s been a beautiful journey watching him flourish like that.” 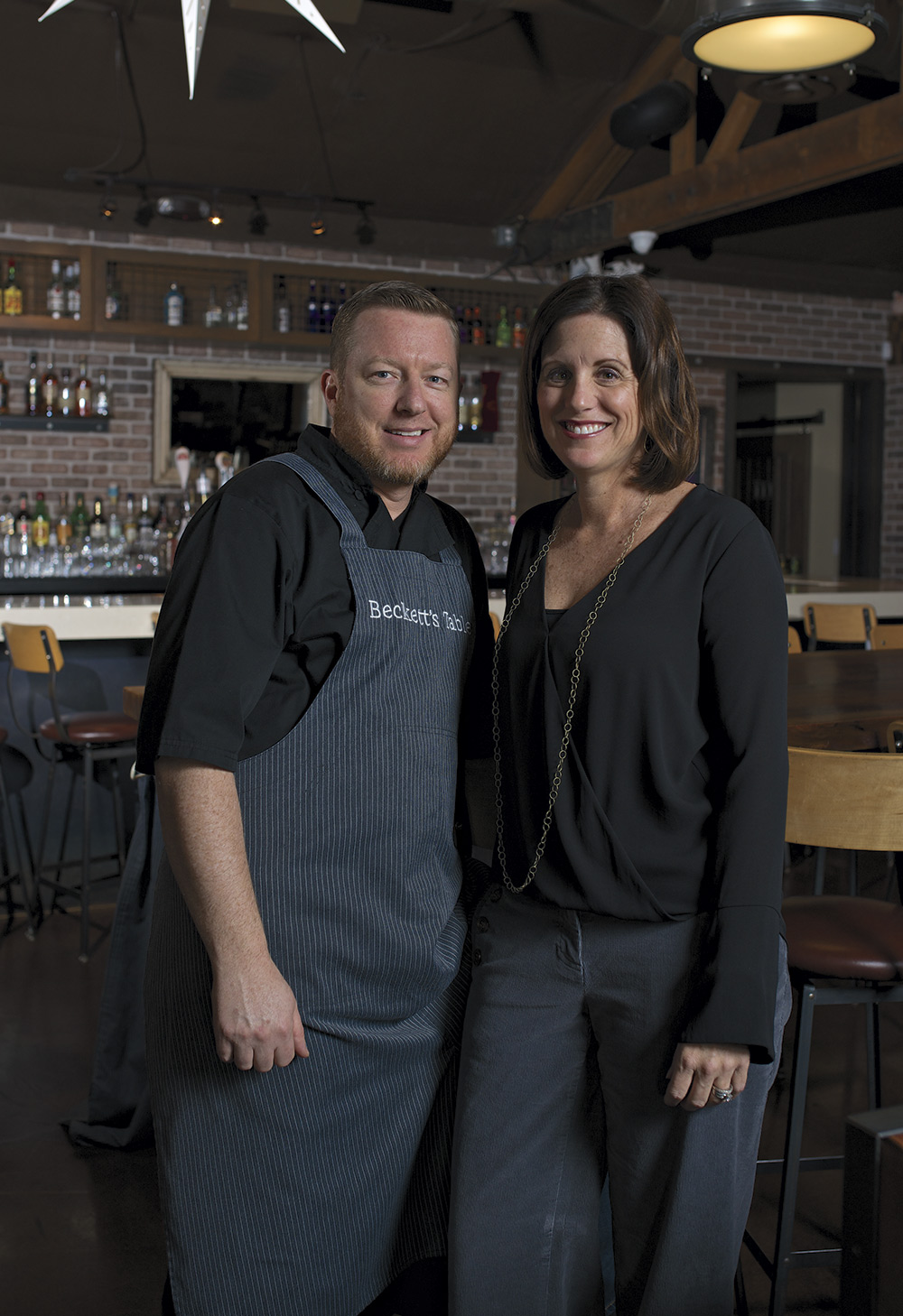 “When we started dating, we would go places and people would be like, ‘He’s still with you?!’ He never lasted more than three dates or three weeks with anyone,” Michelle Beckett says of her husband, chef Justin Beckett, who had recently been named one of PHOENIX’s most eligible bachelors.

They met at a mutual friend’s party in 2003, where he thwarted the friend’s matchmaking attempt with Michelle and another man. “The other guy walked in, and I went, ‘Hi!’ And went back to [Justin],” Michelle says with a grin. Two years and a fantastical Central Park proposal later, they married at a historical home in Phoenix.

“Then we launched into restaurants and babies, which was a doozy,” Michelle says. Their first son was born on a Friday in 2007, and Justin opened the now-defunct Scottsdale restaurant Canal as executive chef the following Monday. “I had the computer in the birthing room working on stuff, getting diagrams done,” he says. Michelle left her job as a kindergarten and first-grade teacher to stay home with the baby. 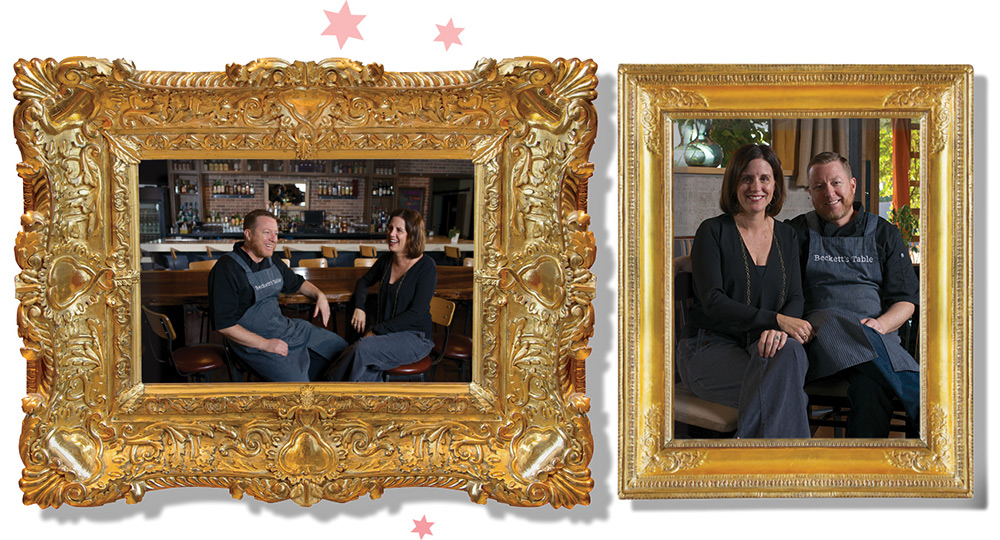 In 2010, they opened their own upscale comfort-food restaurant, Beckett’s Table, in Arcadia with partners Katie and Scott Stephens. Within four years, they had another son and opened another restaurant, Southern Rail, in Midtown’s The Newton plaza. In addition to being part owner and popping in for front-of-house duties, Michelle runs social media for the restaurants.

Staying connected through texts and weekly date nights (Pizzeria Bianco, Otro Café and The Parlor are regular haunts) and prioritizing family time keep the Becketts grounded. “There’s kids and there’s business,” Justin says. “You’ve always got to remember, ‘What are we doing for us?’”

Michelle dismisses the hard-living, philandering chef stereotype. “He’s just so ridiculously loyal,” she says of Justin, an old-fashioned romantic who wooed her with hundreds of bouquets of flowers. “He was never a drinker or a partier, so I didn’t have that. He didn’t go out to drink with the kitchen staff – he came home to me.” 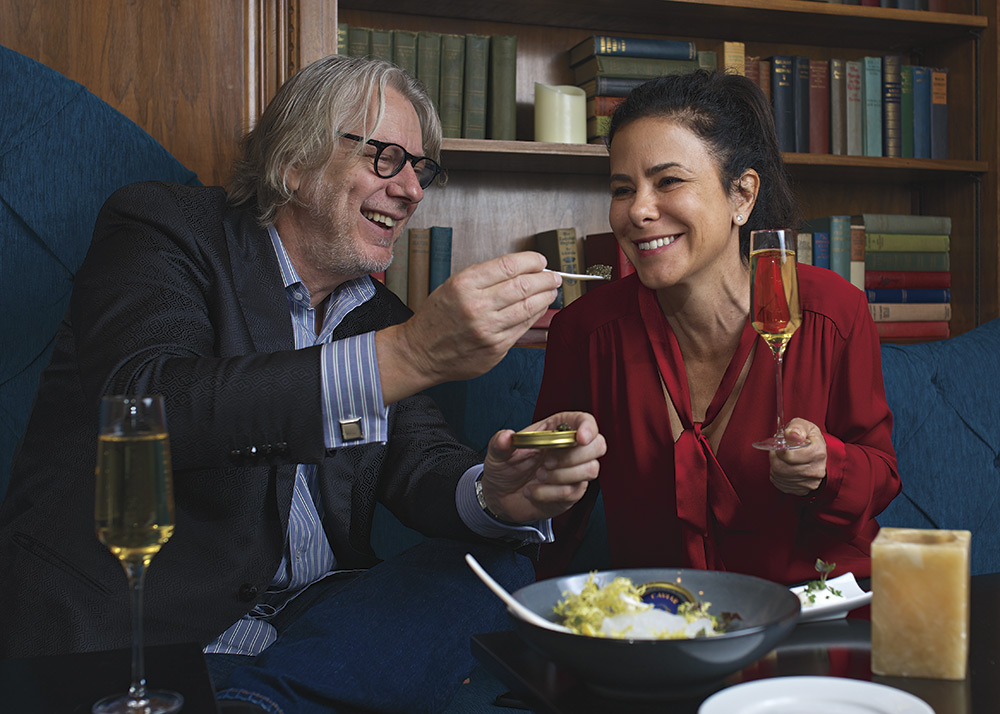 “We actually met a long time ago,” Hormel says. “He had a restaurant [Christopher’s], and Geordie and I would eat there.”

“He enjoyed your bad food,” Hormel deadpans. “Actually, after my husband passed away, we have a mutual friend who would keep inviting me over to [Gross’] restaurant because she loves it. So we just got to know each other. And then one day he asked me out.” 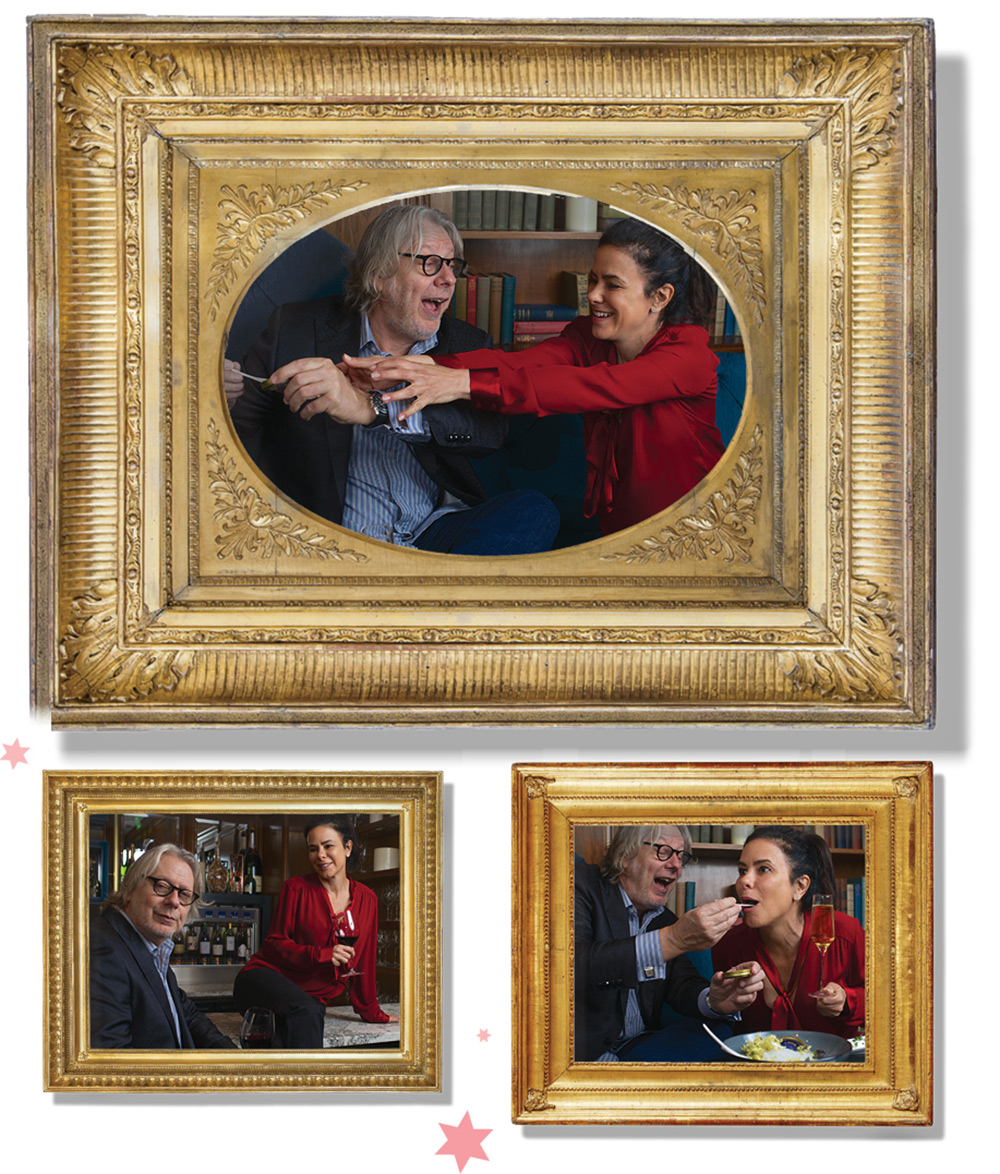 The two have been together for nearly 11 years and, this year, are embarking on their first joint venture: revamping the Hormels’ historical Wrigley Mansion property and its onsite restaurant and bakeshop, with Gross devoting himself fully to the project after shuttering his famed Christopher’s/Crush Lounge in late 2017. “It’s a good fit to come up here,” he says. “We plan to do major remodeling of the kitchen… maybe expand the menu a little bit and do some more interesting things” including updating some classical French dishes Geordie loved.

Hormel downplays her restaurant acumen. “I mean, I was a hostess at Coco’s once,” she says wryly. “It was once I started going out with Christopher that he started teaching me more about the industry.”

The two balance work with frequent travel, with recent favorite destinations including Moscow, Peru, Prague and Gross’ beloved Paris. Hormel credits Gross with developing her wine palate, inspiring Jamie’s Wine Bar at Wrigley, and converting her to Scotch, which she and her two adult daughters drink together (she also has an adult son, and she and Gross have four dogs).
“I think our best ideas happen at night,” she says. “Over a glass of wine or Scotch,” Gross continues.

“The more you drink, the more the ideas flow,” Hormel finishes. 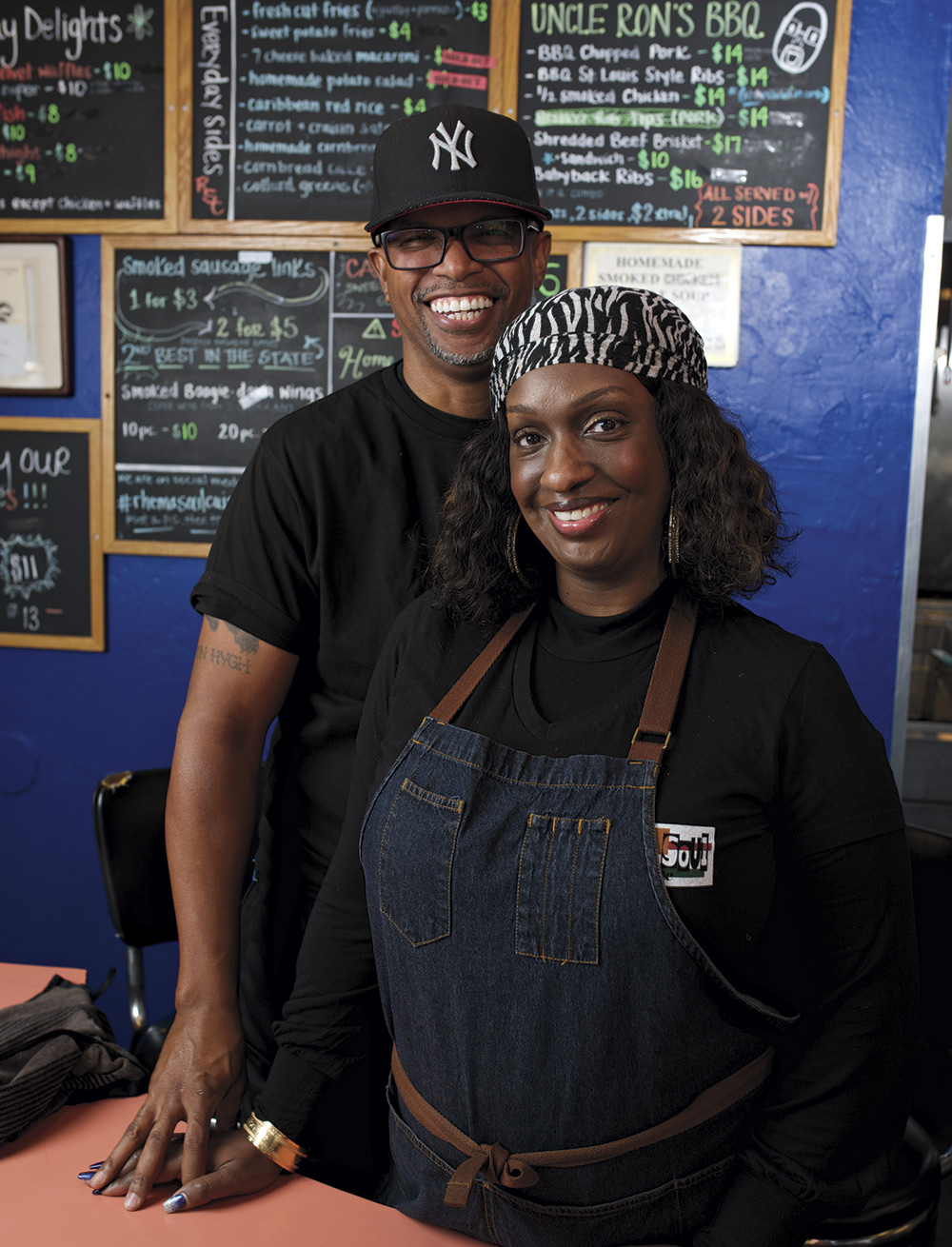 The East Valley’s hottest soul food restaurant began on a New York City couch over pints of Häagen-Dazs, cans of Pepsi and The Arsenio Hall Show. Golf instructor Ron Childs and his wife Via, who worked for the Boys & Girls Clubs of America, plotted their future while satisfying Via’s pregnancy cravings. “We talked about how that’s one of the things we want to accomplish: We want to open a restaurant,” Ron says.

A little more than 25 years – plus two more kids and a relocation to Arizona – later, the Childses opened Rhema Soul Cuisine in Queen Creek, where Ron handles the meat (smoked ribs and brisket, fried chicken and beer-battered fish) and Via slings sides influenced by the couple’s Southern, African and Caribbean heritage, including mac and cheese, red rice and collard greens. “There are times when I have a humbling moment when this restaurant is full,” Via says. “They’re eating our food. We used to do this for free. Our house was the house where we did all the holiday parties and gatherings.”

Working and living together can be challenging for two headstrong personalities who like to crack wise, especially since the Childses do all of the cooking in their small shop. “Being restaurant owners and husband and wife – this is not for the faint of heart,” Ron says. 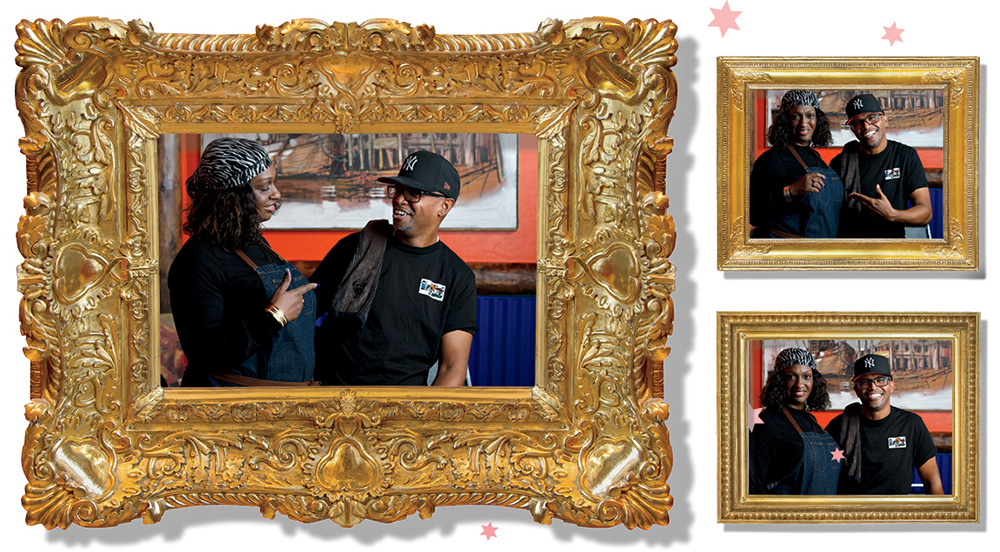 In their rare downtime, Ron golfs and Via goes to the salon or spa. “On Mondays and Tuesdays we’re closed, but those make for good date nights because nobody is out,” Ron says. They love trying new restaurants and visiting old favorites like Paul Martin’s American Grill in Scottsdale and Sapori D’Italia in Fountain Hills.

The duo is considering opening some new restaurants in the next few years. They’re looking for a Phoenix location for expansion and plans are in the works for a “Rhema Soul conglomerate” with a Caribbean restaurant, a juice and smoothie bar and a vegan soul food joint (their vegan daughter’s influence). They’re proceeding cautiously.

“You don’t get in this business to make money,” Ron says. “We’re able to eat steak with our eggs when we want to…”

“But we gotta cook it ourselves,” Via says with a laugh. 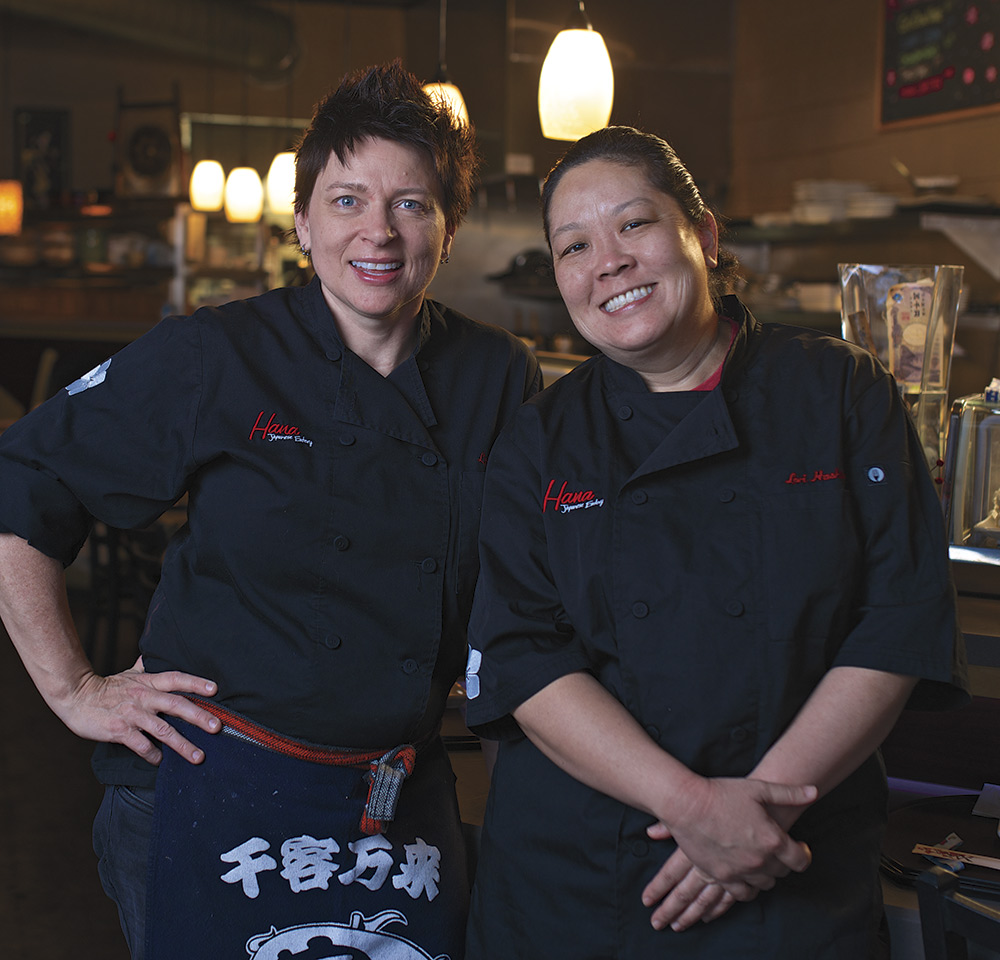 When Lori Hashimoto and Lynn Becker met through friends more than 20 years ago – around the time “God was a child,” Becker quips – Hashimoto was pleasantly surprised by their common pastoral pasts.

At first, food was not a common denominator. “My main seasoning base was salt and pepper,” Becker, a straight-shooting Midwesterner, says. Hashimoto grew up with a produce farmer father, a chef stepfather and a talented home cook mother who brought Becker into the Japanese culinary and cultural fold. “It really hit home when we went to Japan last year,” Becker says.

After respectively establishing careers in the pharmaceutical industry (Hashimoto) and media (Becker, who worked at Channel 3 for more than a decade as a post-production editor; she now edits Highroads with Dan Davis), the pair decided to open a restaurant. “That year [2007] we bought a house, we took a loan out, we started a business and we went from there,” Hashimoto says. 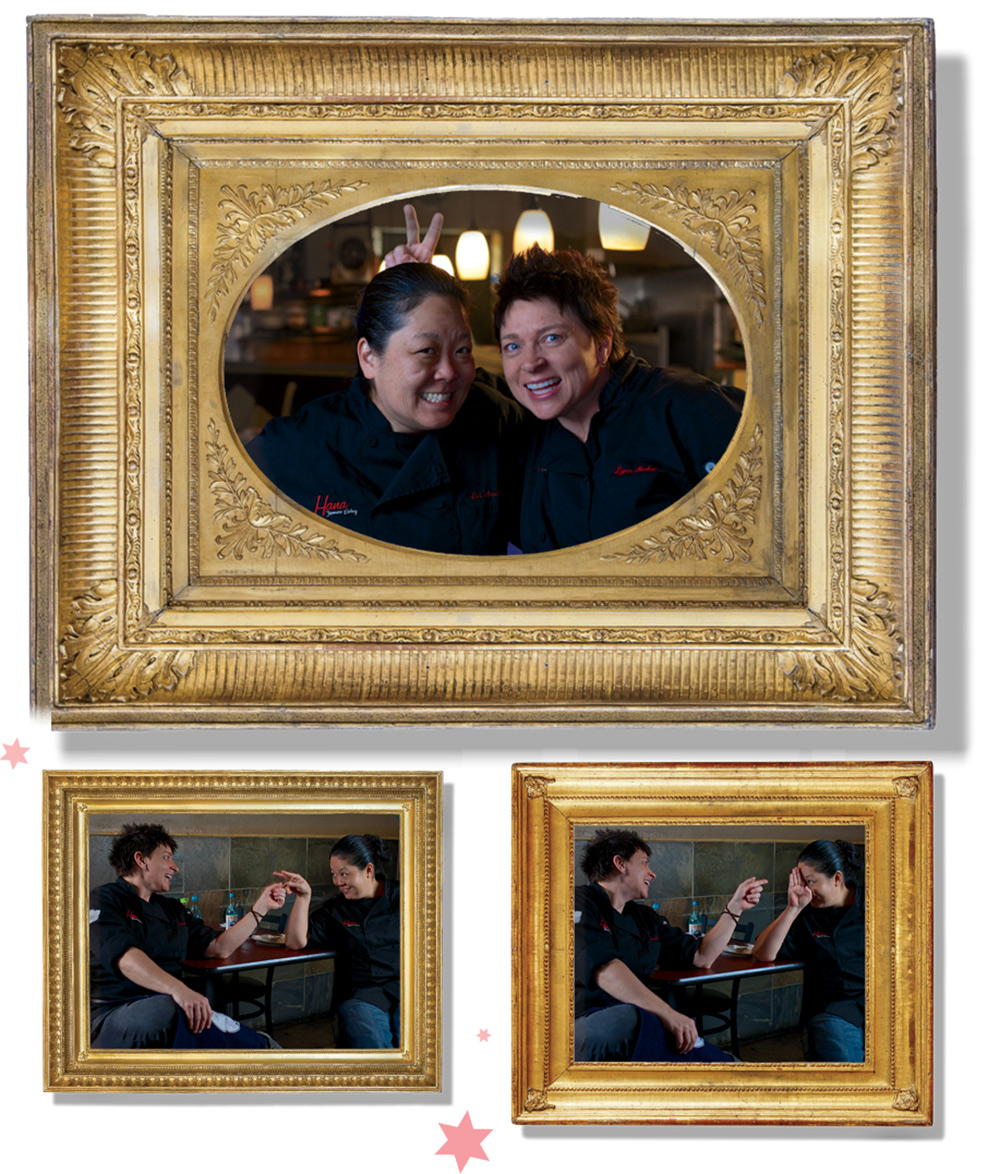 The tiny but mighty Hana Japanese Eatery celebrated its 10th anniversary last year. It hasn’t been easy – they’ve dealt with broken appliances, flood damage and a seesawing economy – but their relationships with regulars keep them going as the Valley’s most beloved Japanese mom-and-pop shop. Indeed, Hashimoto’s mother and stepfather cook alongside their daughter while Becker runs the front of the house – and fixes everything that breaks.

“We want everyone to come here. The dumb cliché thing that I use all the time is we’re the Cheers of Japanese restaurants, and that’s what I want it to be,” Becker says.

As with all co-working couples, turning work “off” is a challenge. “We talk [business] on the car ride home, and that’s it. It stays there,” Hashimoto says. That is, if the sleepy chef can stay awake. “There will be times when Lynn is like, ‘You need to get out of the car… I’m not carrying you inside.’”