The first course arrives, a sea of paper-thin raw halibut marinated in grapeseed oil and ponzu. Behind the wood counter, an apprentice slices plump pink tuna in a steady heartbeat rhythm as Chef Shinji Kurita tends a vat of steamed rice, his dark hair hidden underneath his signature blue cap. Kurita is a slight man with a delicate silver-tinged goatee and clear dark eyes that reflect an almost superhuman level of self-control. Shoulders arched back like a sentry on watch, Kurita doesn’t even blink when a server’s tray of glassware crashes to the floor. A sliver of fish is placed atop a small rice ball. As the chopstick of abura tsukuri glides closer, the pungent aroma of garlic, scallion and ginger causes my nostrils to flare in anticipation. The taste of the fish is exquisite.

Kurita’s food is poetry; each nimble knife stroke a carefully crafted sentence, each marinated fish bite a clever rhyme punctuated by a wasabi period. Ironically, the James Beard-nominated chef is a man of few words. He speaks mainly through a menu of modern and traditional Japanese dishes at his upscale Scottsdale eatery, ShinBay.

Kurita describes Japanese dining as a multilayered journey. “Western cuisine is like climbing a mountain,” he says. “You start low and get heavier. Japanese is more like small items, a pinch here and a pinch there. Wind is blowing. Rain is coming. All things that affect the mountain.” To truly grasp Kurita’s language, I am sampling the omakase, otherwise known as the chef’s tasting menu.

The ponzu-marinated halibut is a solid foundation not unlike Kurita’s own beginnings. Born in Hamamatsu City, Japan, his culinary training began at age 13 with small prep jobs at a family restaurant. To this day, he has never held a job outside the restaurant industry. Kurita didn’t initially aspire to be a chef but saw potential in his parents’ profession. “I just wanted the money to go out,” Kurita admits. “I wanted to own a restaurant by myself, not work there.”

The second course yields an artful presentation of six tapas-style tsukuri rokushu (seafood bites) including tuna tartare with avocado, seared and truffled sea scallop, and a kumamoto oyster with salty ponzu jelly. The last, imbued with the flavor of the seashore, stirs memories of briny ocean air and dockside oyster bars. These are the flavors of Kurita’s youth, something he longed to bring to the desert. The restaurant’s name is both an eponymous nod to Kurita himself (“Shinji” is a modernized version of “Shinbae,” a traditional Japanese name) and a salute to the ocean bays of coastal areas like L.A., where he has lived off and on since the late ’70s.

The next course appears, steamed Asari clams and sautéed mushrooms in a heady broth of garlic butter, scallions and chile pepper. The earthiness of the funghi mirrors Kurita’s grounded nature. He admits he felt like a fish out of water after moving to Phoenix for a job at a now-defunct Japanese restaurant in 1981. “I almost go back to California in three days,” Kurita says. However, the ease of obtaining a green card convinced him to stay. In 2001, he opened the first ShinBay in Ahwatukee to excellent reviews and a cult following.

Not everyone was a fan. “I was seriously stubborn. I used to be a sushi nazi,” Kurita jokes. He reportedly tossed out patrons who requested California rolls at his first solo venture, a rumor that Kurita deftly slips past like an eel destined for unagi. Kurita’s contract at the Ahwatukee location lapsed in 2007, and he was unable to renew. Following a slightly embarrassing four-month stint at Benihana, two years at Scottsdale’s Roka Akor and various other restaurant jobs, he reopened ShinBay at Scottsdale Seville in spring 2011 with investment help from a longtime customer.

The service has improved since Kurita’s “sushi nazi” days, but one thing that hasn’t changed is his dedication to high-quality ingredients. “He is very disciplined in his self and his attitude,” says longtime friend and local James Beard Award-winning chef Nobuo Fukuda. “He finds the best ingredients.” But there’s a catch. The expensive seafood Kurita flies in from Japan takes an extra day to arrive here, which means he has to be creative with its preparation. “The rice may be the same as in L.A., but fish not as fresh. So I needed to do something to the fish. I marinate it,” he says.

To preserve the fish and maintain flavor, Kurita employs kombu, a variety of Japanese sea kelp that contains natural MSG. The evening’s nigiri course begins with kombu-pressed snapper served in a miniscule pool of ponzu, then progresses through an increasingly flavorful selection of fresh fish. Fatty bluefin toro, a fish so expensive that one netted $1.76 million at auction, is the crowning jewel in Kurita’s lineup. Salt and soy sauce are noticeably absent from the table because at ShinBay, the chef knows best.

What could be construed as arrogance some see as a right earned through years of experience. “The Japanese food community here is small. I knew of [Kurita] by reputation,” sous chef Eugene Howell says. “I wanted to work for the best.”

Howell might be opening a ShinBay outpost of his own. Additional restaurants would afford Kurita more buying power, a thought he relishes as both a restaurant owner and control freak. “I can control everything. If you work in someone else’s kitchen, you do what they want. Here, quality comes first. I can control quality.”

Luckily for Kurita, the high cost of importing high-quality ingredients paid off. In 2012, ShinBay was nominated in the James Beard Foundation’s “Best New Restaurant” category, and Kurita received a semifinalist nod for “Best Chef – Southwest” this year. Even his competitors are impressed with Kurita’s skills. “My experiences dining with him have been nothing but magical,” says fellow nominee Chef Kevin Binkley of Binkley’s in Carefree. “He has an amazing touch with Japanese cuisine, whether it be traditional or cutting edge.”

At 53 years old, Kurita had lost hope of receiving a Beard nomination. “Seriously, I did not expect it because of my age,” he says. “If I was 40 or 30 I [would] be so excited. I’m going downhill, right? But I’m getting wiser.”

Like his omakase tasting course, Kurita’s career is ripe for a sweet ending. The ShinBay experience ends with a delectable egg custard topped with tart berries. Thick Okinawa black sugar syrup smacks of sun-ripened dates. It’s the epilogue to a culinary epic, one that doesn’t rely on massive portions, blowtorches or Food Network hype. The proof of Chef Shinji Kurita’s talent is definitely in the pudding. 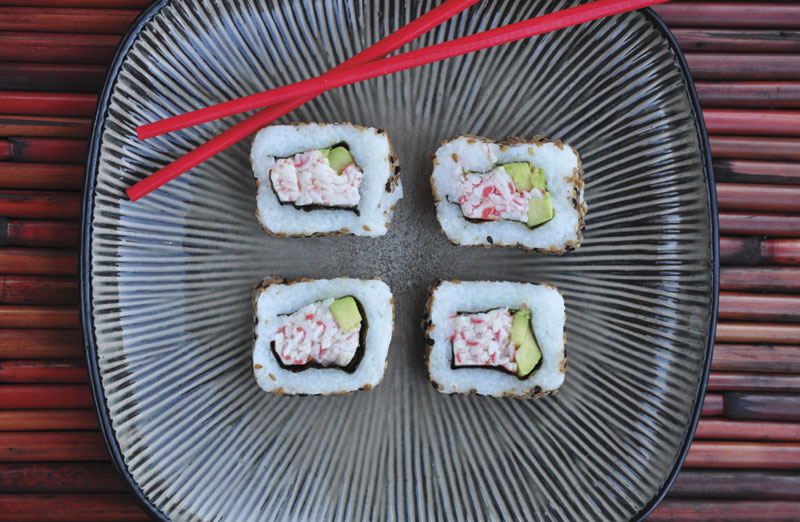 Sushi likely originated with a combination of fermented rice and fish popular in Southeast Asia more than 1,500 years ago. Here’s a quick look at how this import made it from ancient necessity to pop culture obsession.

2nd – 4th Century A.D.: With no refrigerators or ice blocks, ancient Asians used natural bacterial processes to preserve food. As the fish fermented, the rice released lactic acid that pickled the fish. Fishermen along the Mekong River packed their nare-sushi in a jar to speed the process. Food historian Trevor Corson describes the result in his book, The Zen of Fish: The Story of Sushi, from Samurai to Supermarket: “They opened the jar, cleaned off the gooey, vomit-smelling rice and threw it away. The fish tasted pretty good…”

718 A.D.: The Japanese government allows citizens to pay their taxes in sushi, as noted in the Yoro Code.

1820s: Hanaya Yohei introduces the first “fast-food” sushi in Edo, Japan. By incorporating vinegar and salt, Yohei was able to prepare and serve sushi in minutes.

1963: The California Roll – the crabmeat-, avocado- and cream cheese-stuffed makizushi that became a mainstay in Americanized sushi bars – is rumored to have been invented at Tokyo Kaikan in Los Angeles. The roll’s nori wrapper migrated to the inside following customer requests, and a new type of uramaki (inside-out roll) was born. 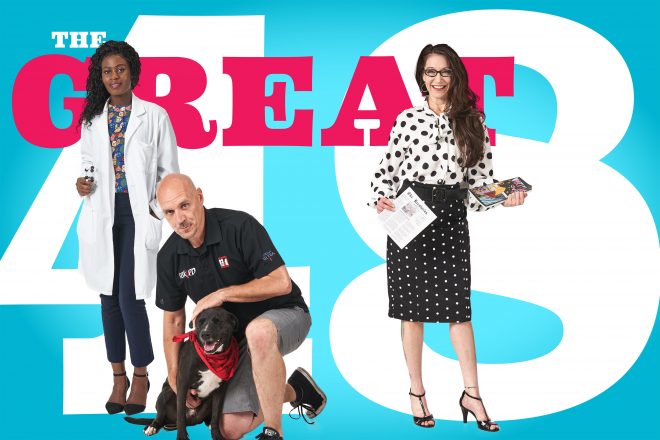