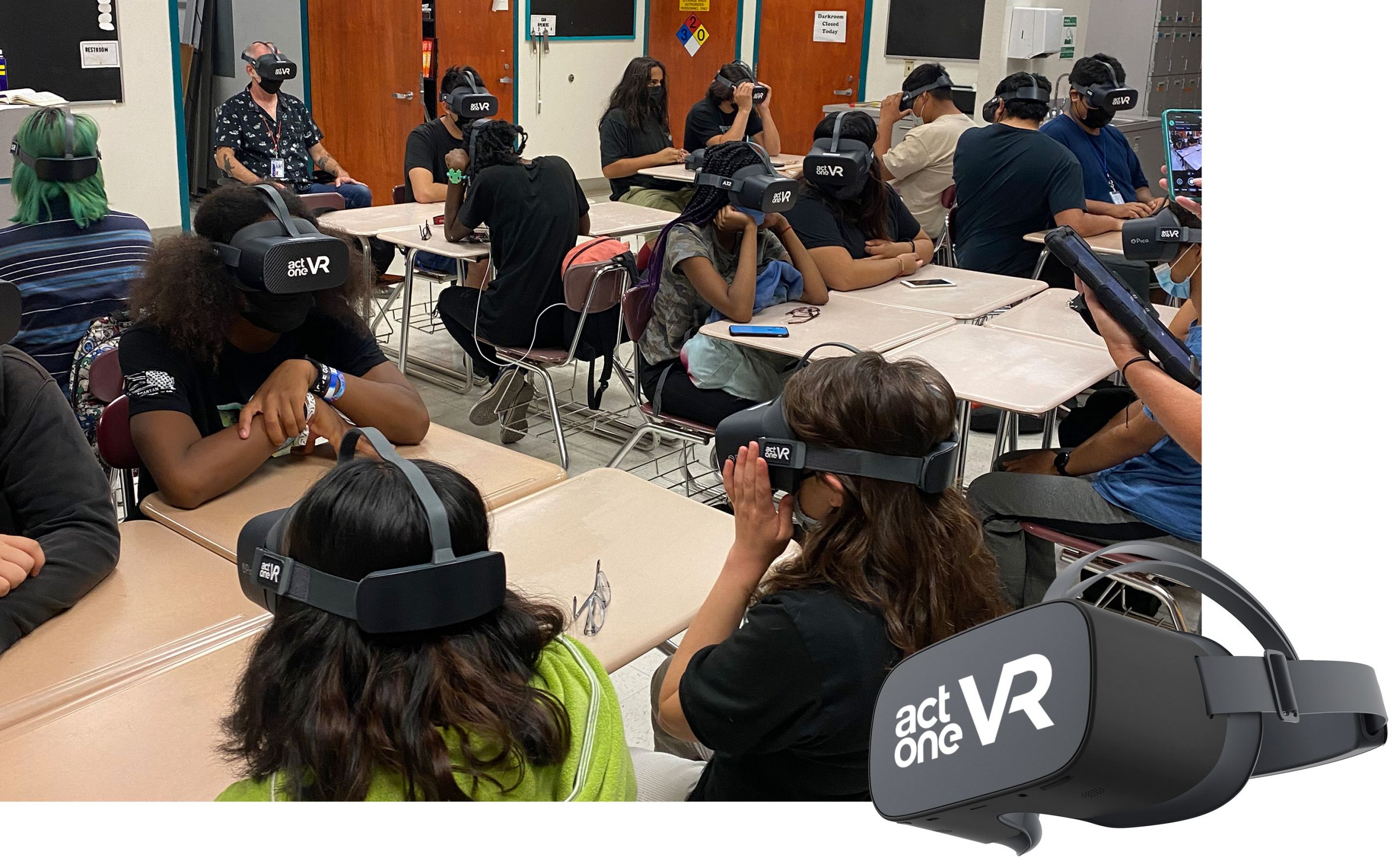 From the Holocaust to street murals, virtual reality provides Phoenicians with a “more visceral” cultural education.

A group of Phoenix grade-school students are about to visit a mural artist in his Chicago studio. After he shows them around, they’ll meet the curator of his exhibition, then head to the gallery showing his work.

“And then they’ll walk around Chicago and see different murals there,” says Beth Maloney, director of arts education at Act One. “Next week, they’re going to Tucson to meet an all-female mariachi group and hear them play.”

They’ll enjoy these field trips without leaving their classroom, thanks to Pico headsets and Act One, a statewide nonprofit that provides virtual reality cultural experiences for kids in lower-income schools. “We’re breaking economic and logistic barriers for kids who can’t hop on a bus and travel far away to learn new things,” Maloney says. “The technology of virtual reality is really taking off.”

She isn’t kidding. Scottsdale artist Jeff Zischke recently opened the state’s first and only augmented-reality gallery, Zischke Gallery, where art fans can get virtual with paintings and sculptures. And through August, visitors to the Arizona Jewish Historical Society can take a virtual reality tour of a concentration camp and speak with a holograph of local Holocaust survivor Oskar Knoblauch.

“You get a better sense of Oskar’s personality than if you were watching a video of him,” says AZJHS executive director Lawrence Bell. “Interacting with him and asking him questions is a bigger way of capturing his story.” Some folks have been skittish about the visit to a concentration camp in “The Last Goodbye,” another VR component of Stories of Survival: An Immersive Journey Through the Holocaust, Bell admits. “But it’s not gruesome or violent. It’s difficult, but profound. A survivor [Pinchas Gutter] walks you through the camp [in Majdanek, Poland] and talks about what happened to him there. You see some pretty rough stuff: a train car, a gas chamber, the mausoleum.”

Bell was most moved by the cramped sleeping quarters, where prisoners slept five to a bunk. “Some things need to be seen to really make an impact. [It] .. gives us an emotional experience that’s deeper and more visceral. The result is more reality than it is virtual.”