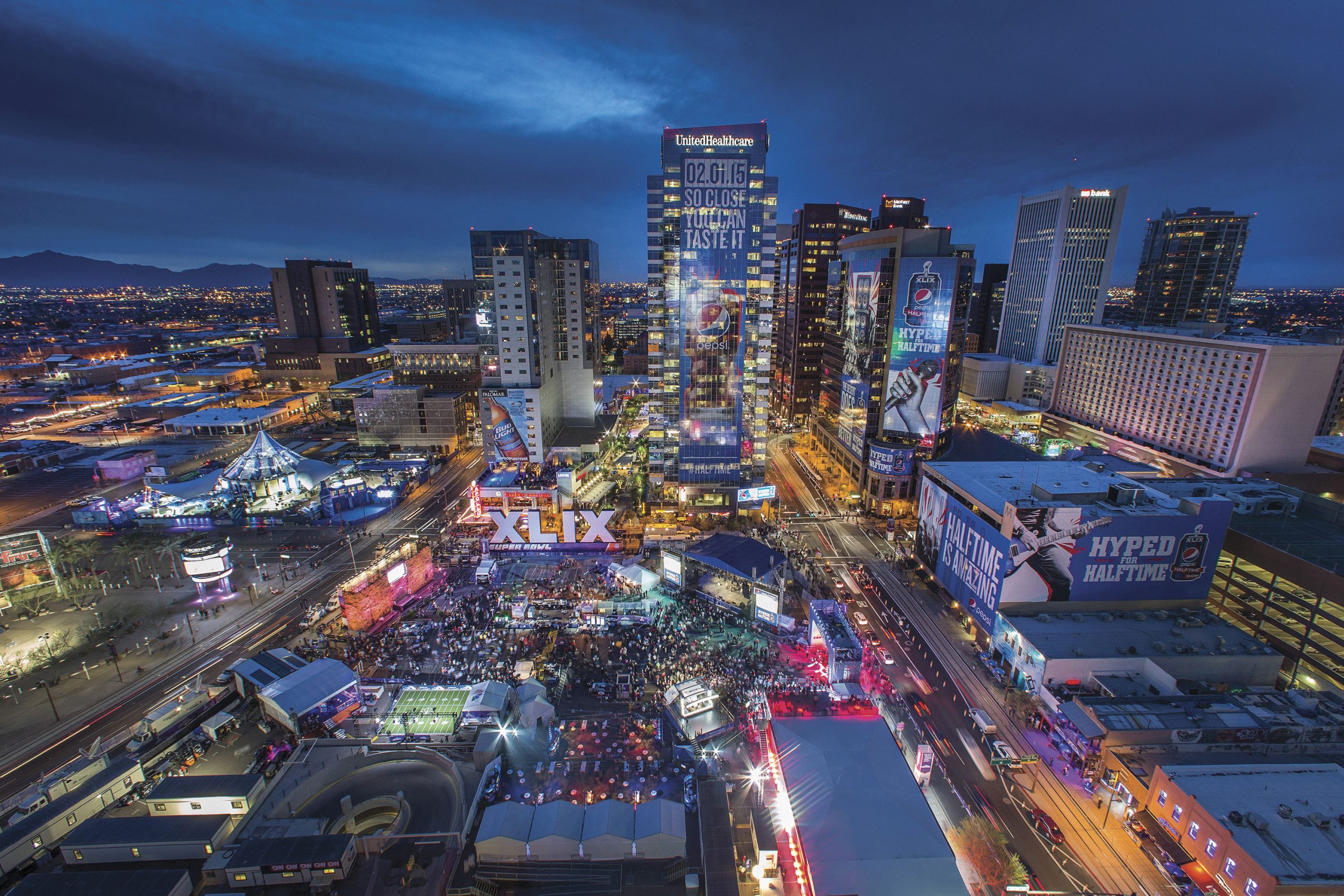 The Cardinals may not be playing in the Big Game this season, but this free, multi-day festival leading up to the Super Bowl will feature local live music, food trucks and games – and prove there’s still plenty to celebrate in Phoenix. Check website for times. Free, Margaret T. Hance Park, 67 W. Culver St., Phoenix, azsuperbowl.com

“I know every job in the NFL is attractive, but that’s not that attractive of a job right now.”

The City of Phoenix’s October 2022 resolution establishing a “Clean Zone” in Downtown Phoenix has some local advocates claiming unsportsmanlike conduct. In anticipation of Super Bowl LVII and its myriad related events, the city – in partnership with the NFL – is enacting temporary signage restrictions in the Special Promotional and Civic Event Area around Margaret T. Hance Park, the epicenter of pre-SB festivities. The area stretches roughly from Seventh Avenue to Seventh Street and from McDowell Road to Lincoln Street, and the restriction period is from January 15-February 19. 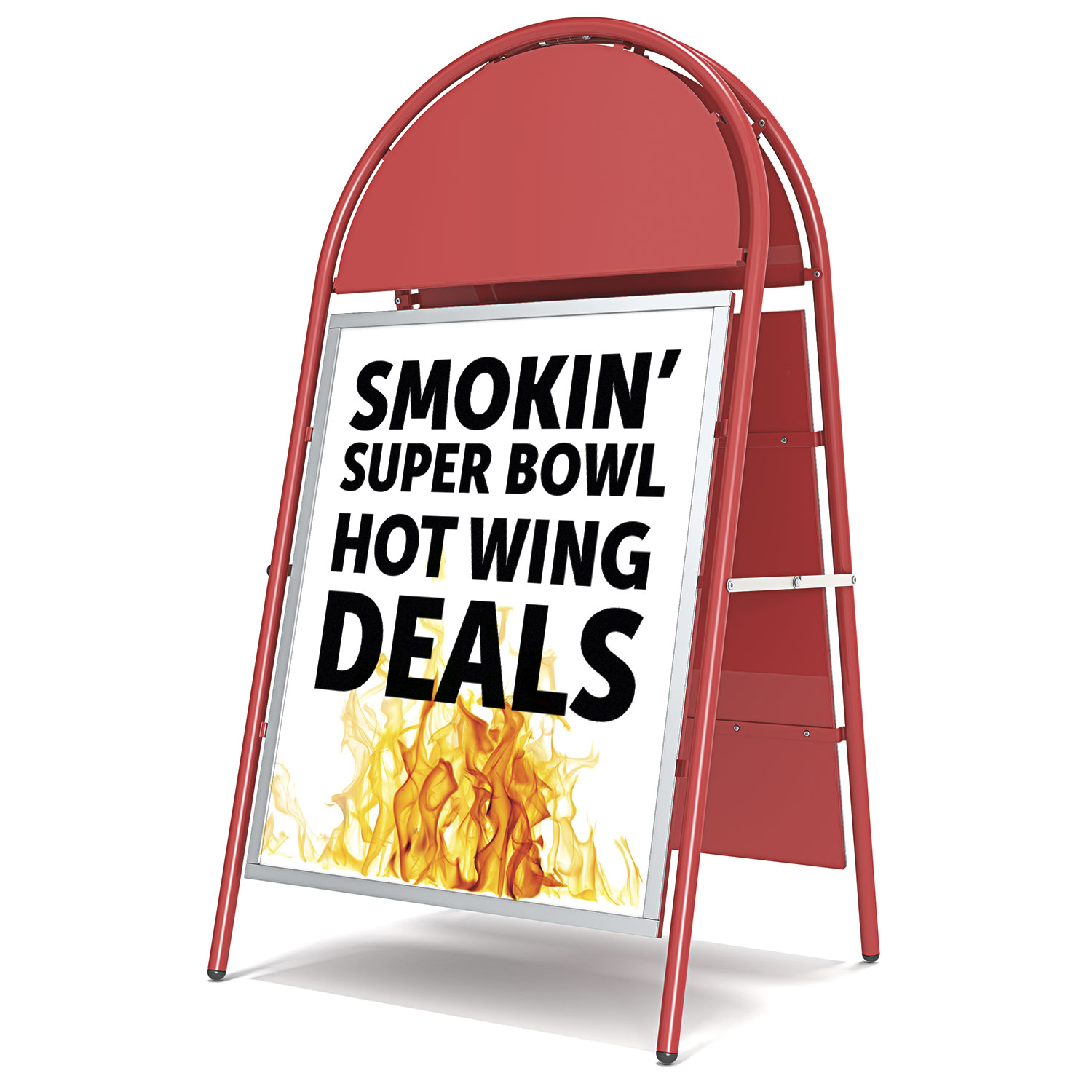 The city maintains this is a common practice among NFL host cities “to protect local businesses from ‘ambush’ or ‘guerrilla’ marketing attempts during the event period,” per communication from Downtown Phoenix Inc. Critics, including Goldwater Institute attorney John Thorpe, say the restriction on banners, pennants, flags, posters and balloons is suppression of free speech. “The city has banned hundreds of businesses, and thousands of residents, from speaking freely without permission from the government and two of the government’s handpicked entities,” Thorpe wrote in a public statement, referring to the Super Bowl Host Committee and the NFL. The upshot: No “Big Game Nachos!” signs in Roosevelt Row.

The 2023 WM Phoenix Open is expected to crown a champion around 4 p.m. MST on Sunday, February 12. Meanwhile, kickoff for Super Bowl LVII is at 5:30 p.m. sharp the same day. For the sports-crazy superfan who will try to see both in person, we offer this route planner. 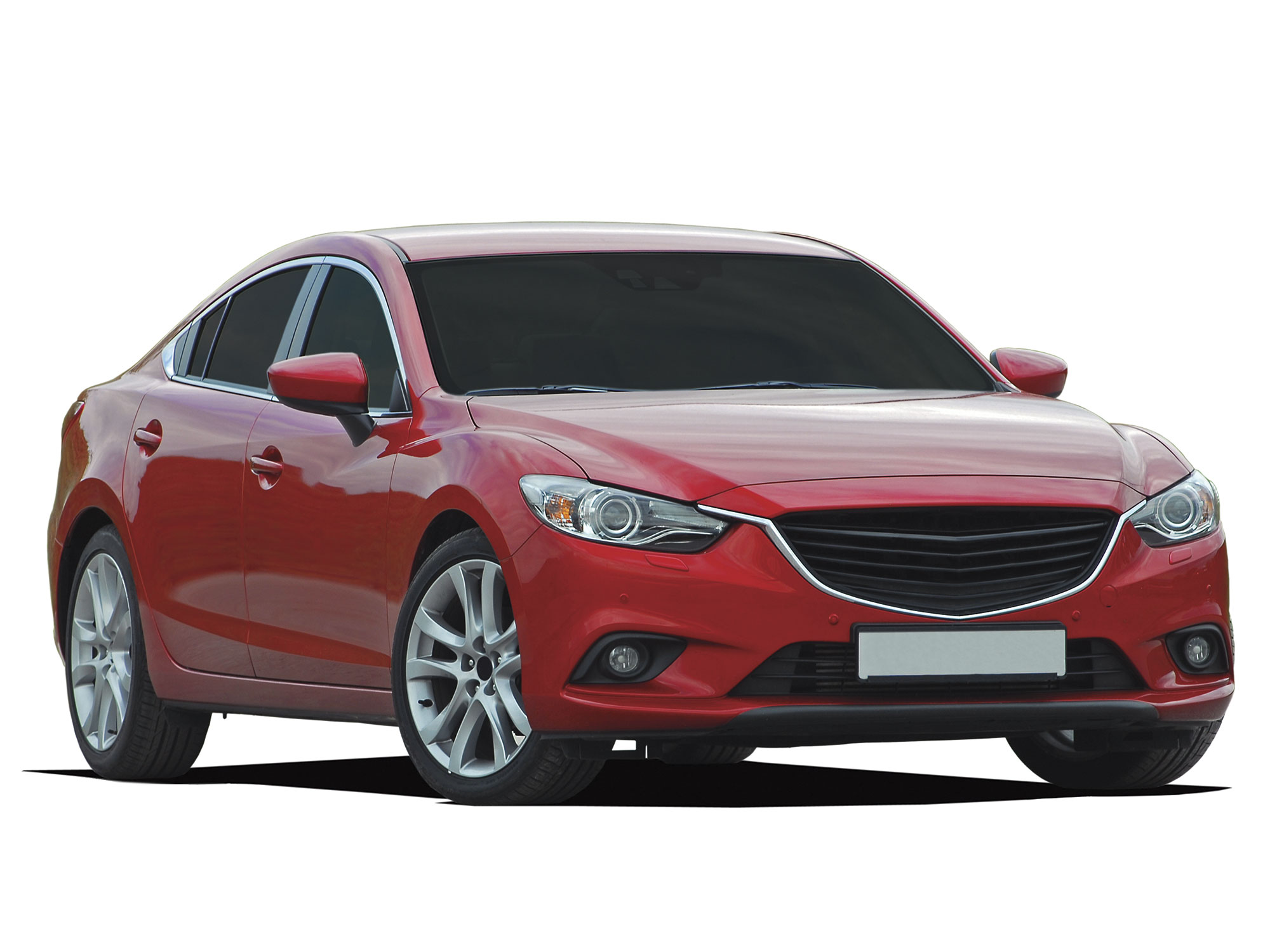 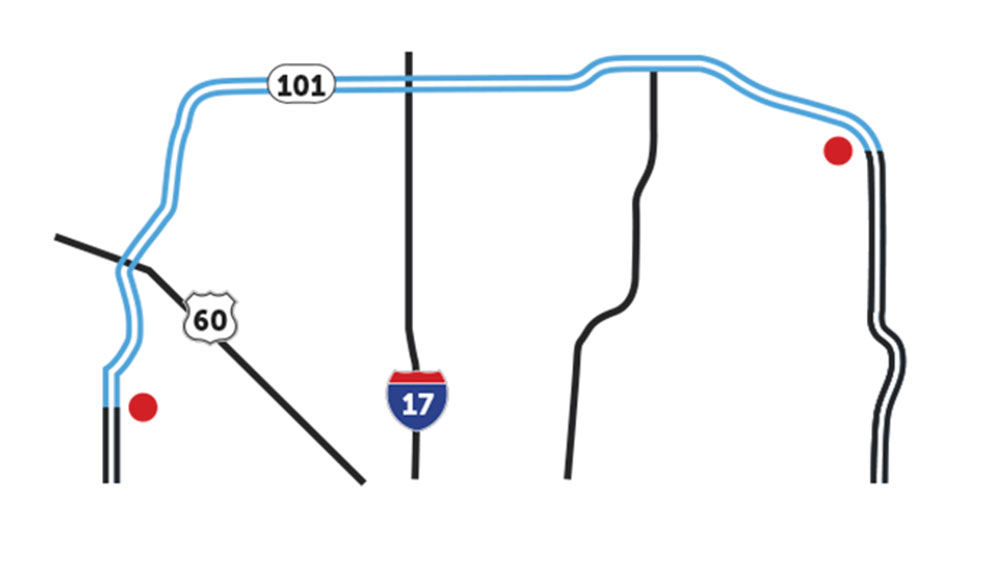 With no traffic, it’s a 30-minute drive minimum from TPC Scottsdale to State Farm Stadium. Factor in the shuttle ride to the WMPO parking lot and post-tourney gridlock, and you’re looking at 100 minutes. Shave a half hour off that by Ubering.
Total est. time (rideshare): 70 minutes 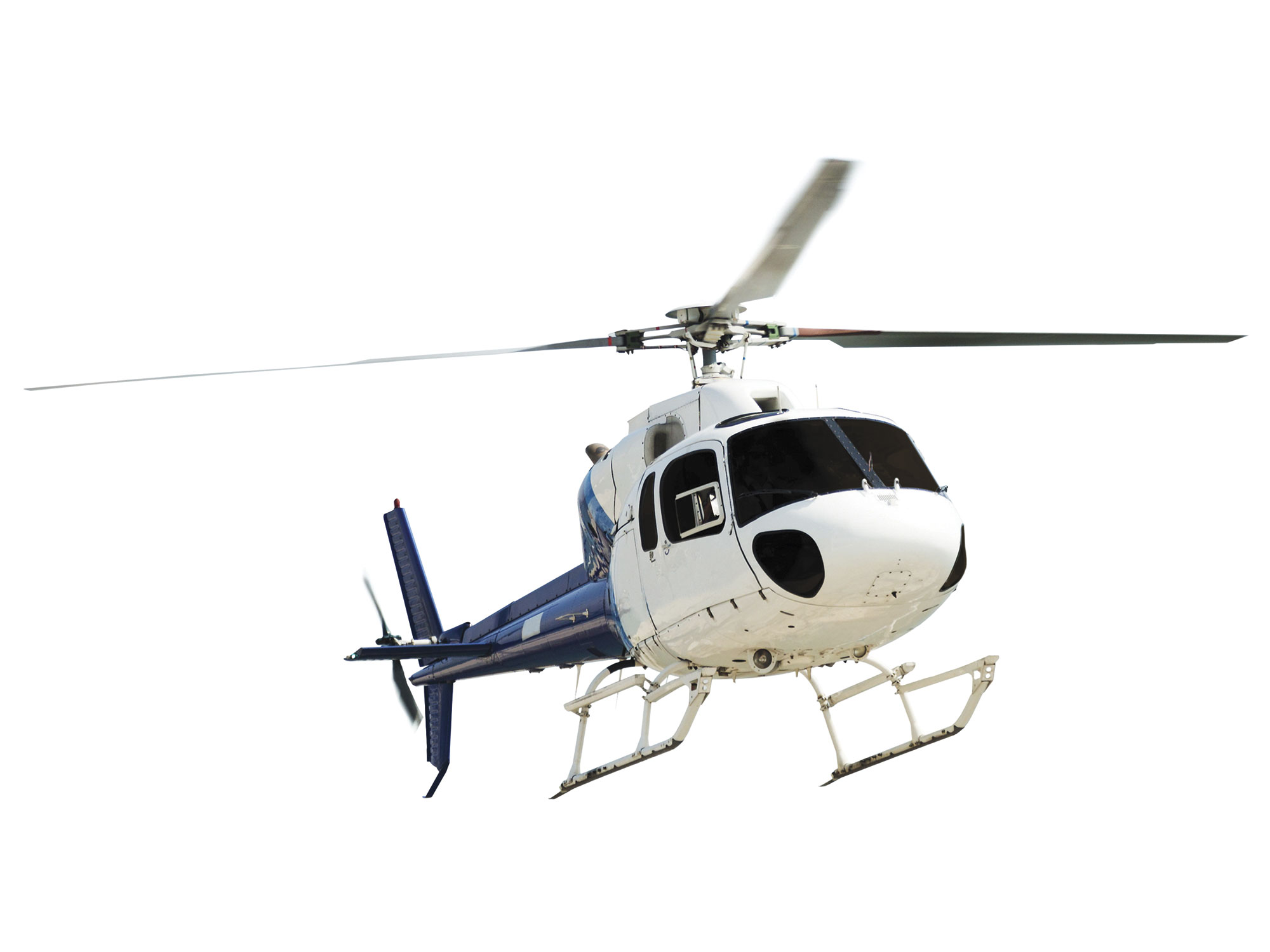 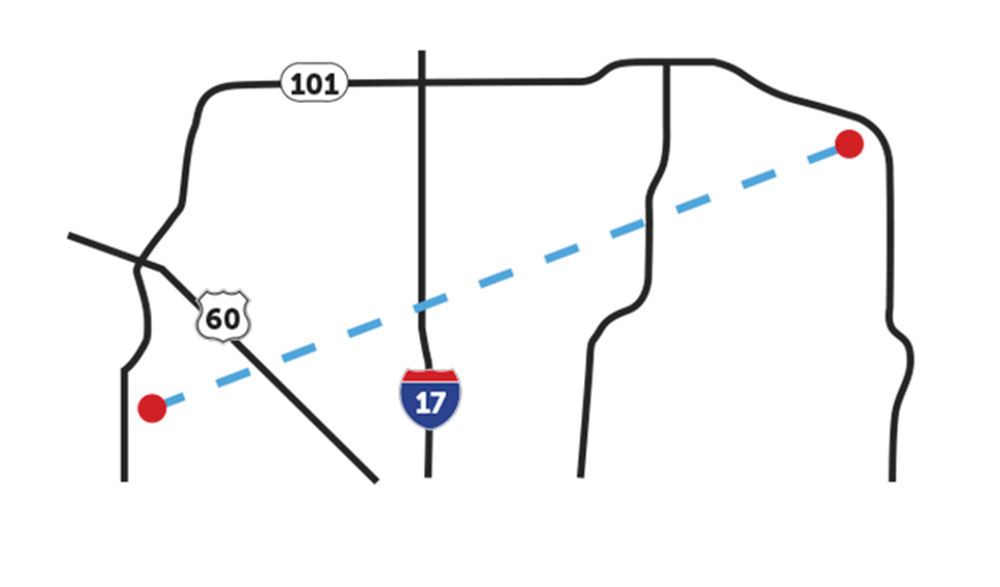 There’s no helipad at TPC, but the neighboring Fairmont Scottsdale Princess sometimes allows takeoffs and landings. From there or the nearby Scottsdale Air Park, private charter Western Sky Helicopters (westernskyhelicopters.com) will fly you to Glendale in 15 minutes for around $1,200.
Total est. time: 35 minutes 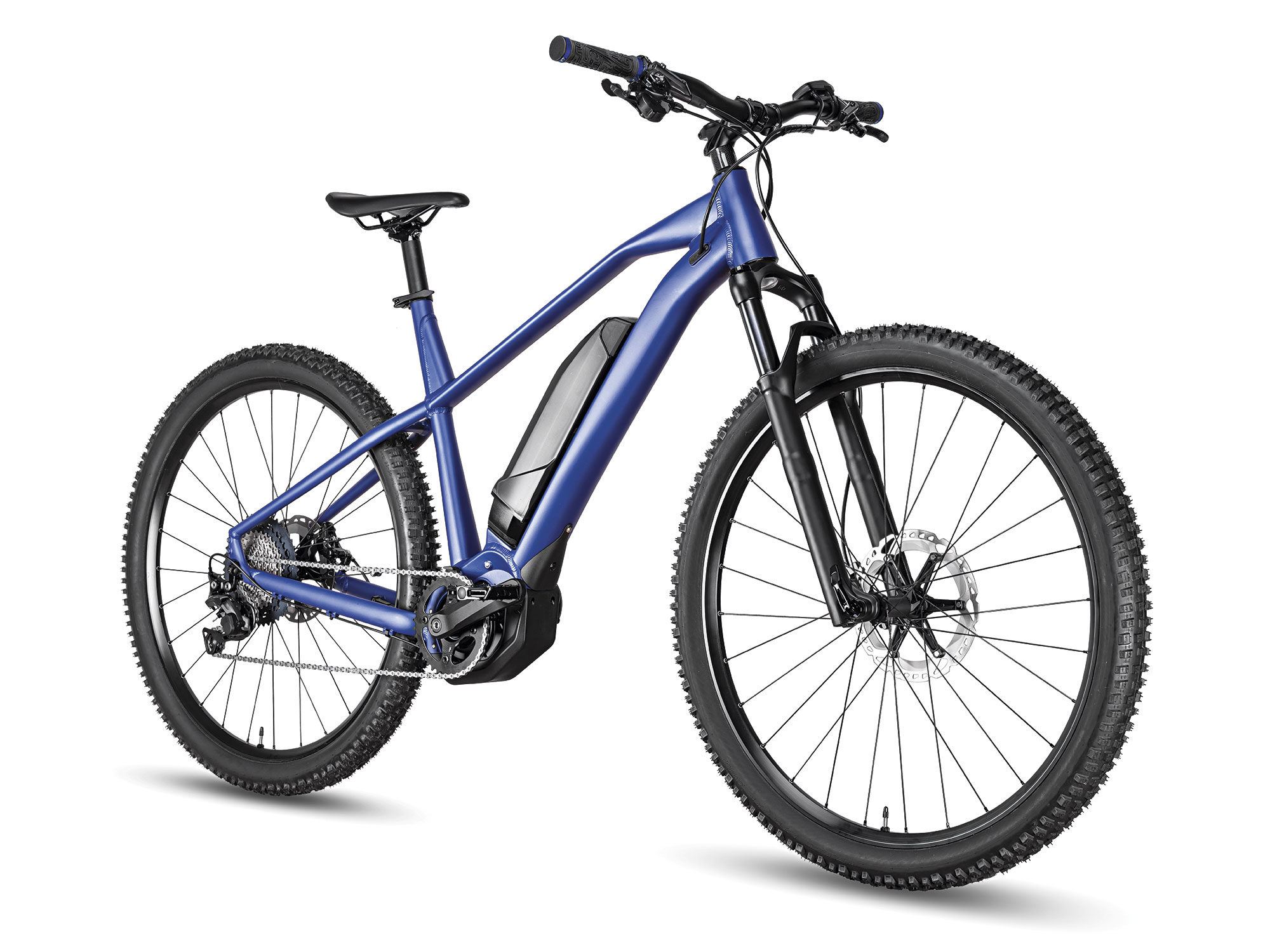 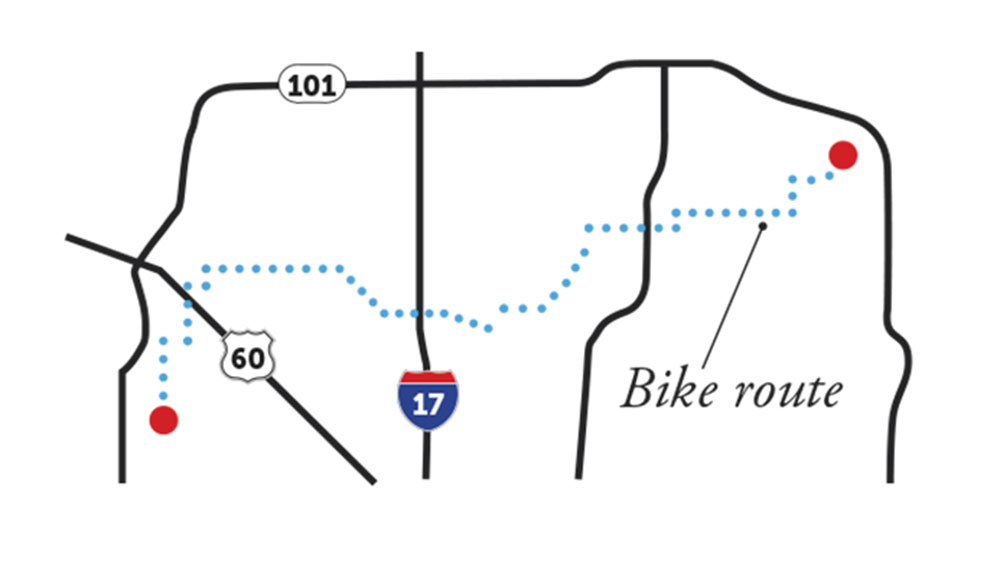 Stay with us here. The traffic will be insane at TPC. You’ll get out of there much faster on a bike. Then it’s a brisk 18-mile sprint south on the Arizona Grand Canal trail, which takes you right to the stadium on a traffic-free 13-mile cruise. At least you’re burning off the beers.
Total est. time: 160 minutes

Why fork over thousands of dollars for a premium Super Bowl package when you can pay just as much to rub elbows with B-list celebs at these over-the-top pre-parties?

Ditka & Jaws Cigars with the Stars

If smoking a stogie with Brian Urlacher is on your bucket list, snag a spot at this VIP party hosted by the former linebacker and fellow NFL superstar Ron Jaworski at Hilton Phoenix Resort at the Peak on February 9. Attendees will have access to premium cigars, an open bar and a red-carpet entrance. Tickets start at $500. ditkajawscigars.com

Vegas rockers The Killers will provide a live soundtrack as NFL legends and other celebrities go head-to-head in a series of sports-related competitions at Tempe Beach Park on February 10. Unless you’re a VIP, tickets can only be procured through the FanDuel Party Bet and Get promotion. fanduel.com

Catch Me If You Can is the theme of this sophisticated soirée at Southwest Jet Center in Scottsdale on February 11. Live performances by to-be-announced talent will be the main draw at this event presented by nightlife hospitality group TAO and international men’s magazine Maxim. Bottle service will set you back $70,000. eventbrite.com