Long before the civil rights movement of the 1960s, the Border Conference moved the needle on social justice as a collegiate sports battleground between segregated Southern teams and integrated Arizona squads.

Sports and social change were intertwined long before Colin Kaepernick took a knee in protest in 2016 – and one of the earliest entanglements took place in Arizona.

The story begins during the Great Depression and involves Arizona’s three major universities – each relatively progressive for the era, with integrated student bodies, and each with designs on enriching their fledgling athletic programs.

Collegiate sports are a $1.16 billion industry today, thanks in large part to football, which fills stadiums and dominates the airwaves every autumn. This revenue stream was in its infancy in the 1920s, and universities in the American Southwest were slow to benefit from the pigskin’s popularity. The colleges in the region found it challenging to schedule games with so few nearby opponents and were perceived as running renegade athletic programs with lax academic requirements. 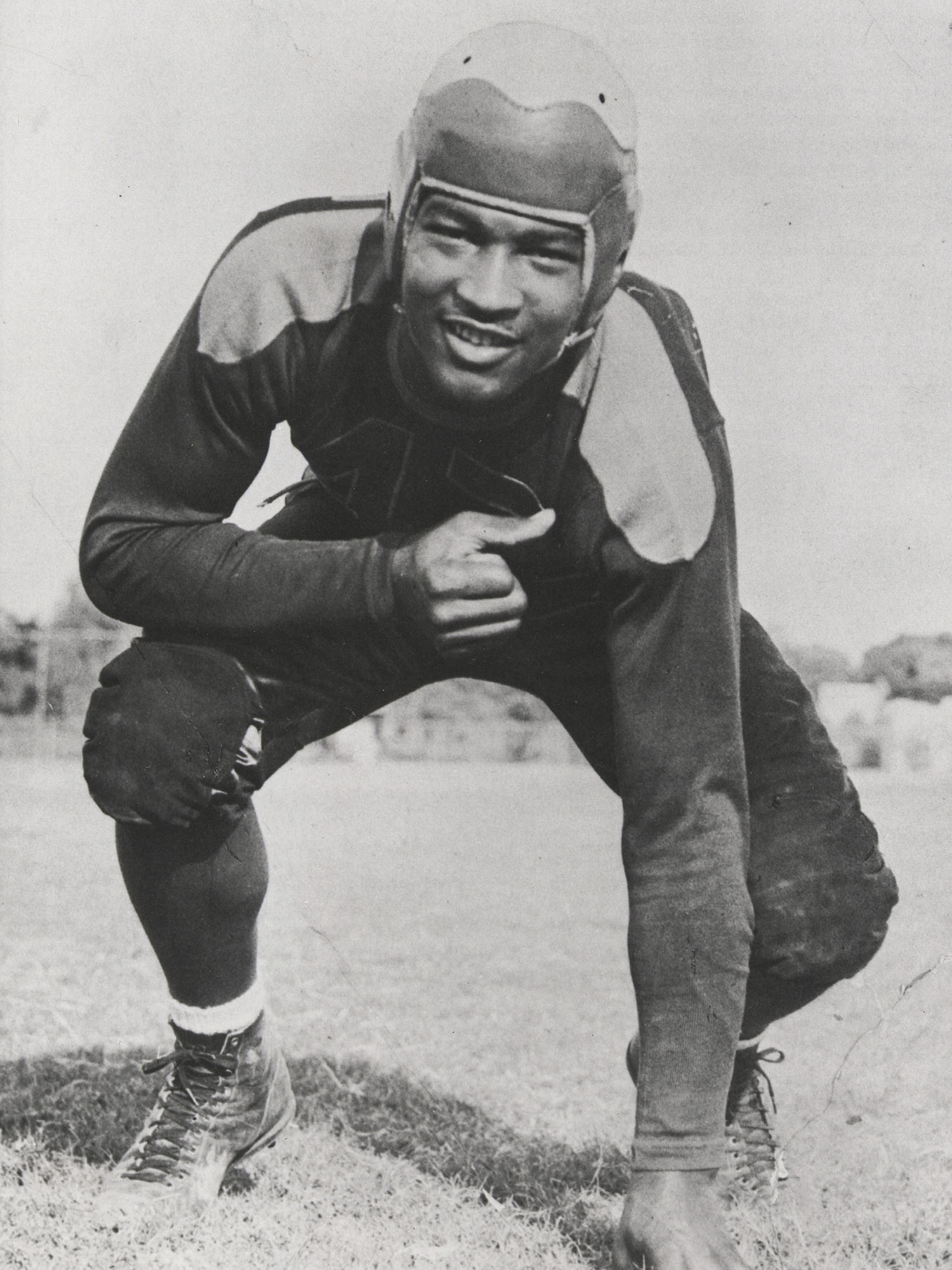 To improve their collective station in the collegiate sporting universe, the schools now known as Arizona State University, Northern Arizona University and the University of Arizona, along with other regional schools, joined the University of New Mexico and what is currently known as New Mexico State University to form the Border Conference at Tucson’s Pioneer Hotel in 1931. It was not a move they made without trepidation. The Arizona schools realized from the start that linking themselves to schools with lower educational standards could expose their administrators to agonizing policy dilemmas. It was a union that could easily turn unholy. “We should approach the matter of forming a [conference]… very cautiously,” J. F. “Pop” McKale, the de facto UA athletic director, wrote to the school’s president shortly before the deal was struck. 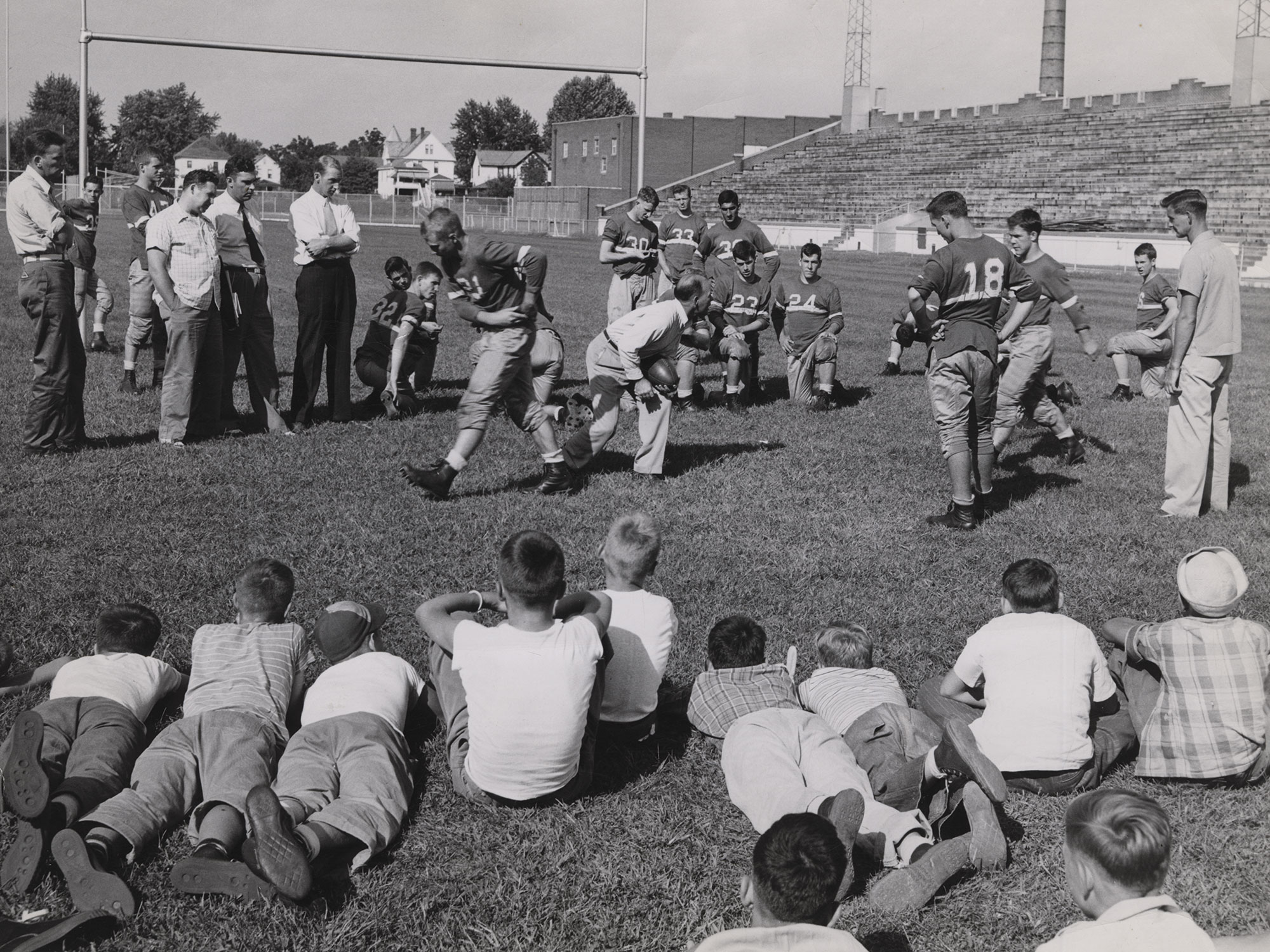 By 1941, the league included the forebearers of Texas Tech University, the University of Texas at El Paso, West Texas A&M and Hardin-Simmons University. From a football standpoint, they were positive additions – the conference champion was usually invited to the Sun Bowl, held in El Paso. But from a cultural standpoint, the Lone Star additions would prove problematic. Unlike other conference schools, they were racially segregated institutions, where African Americans could not enroll and participate in sports.

Early on, conference stability took precedence over civil rights for Arizona schools. In 1932, Willie West, a Black football player, wasn’t allowed on the varsity squad after playing on the ASU freshman team so as not to upset TTU, the lone Texas conference member at the time. But the racial question soon arose again. 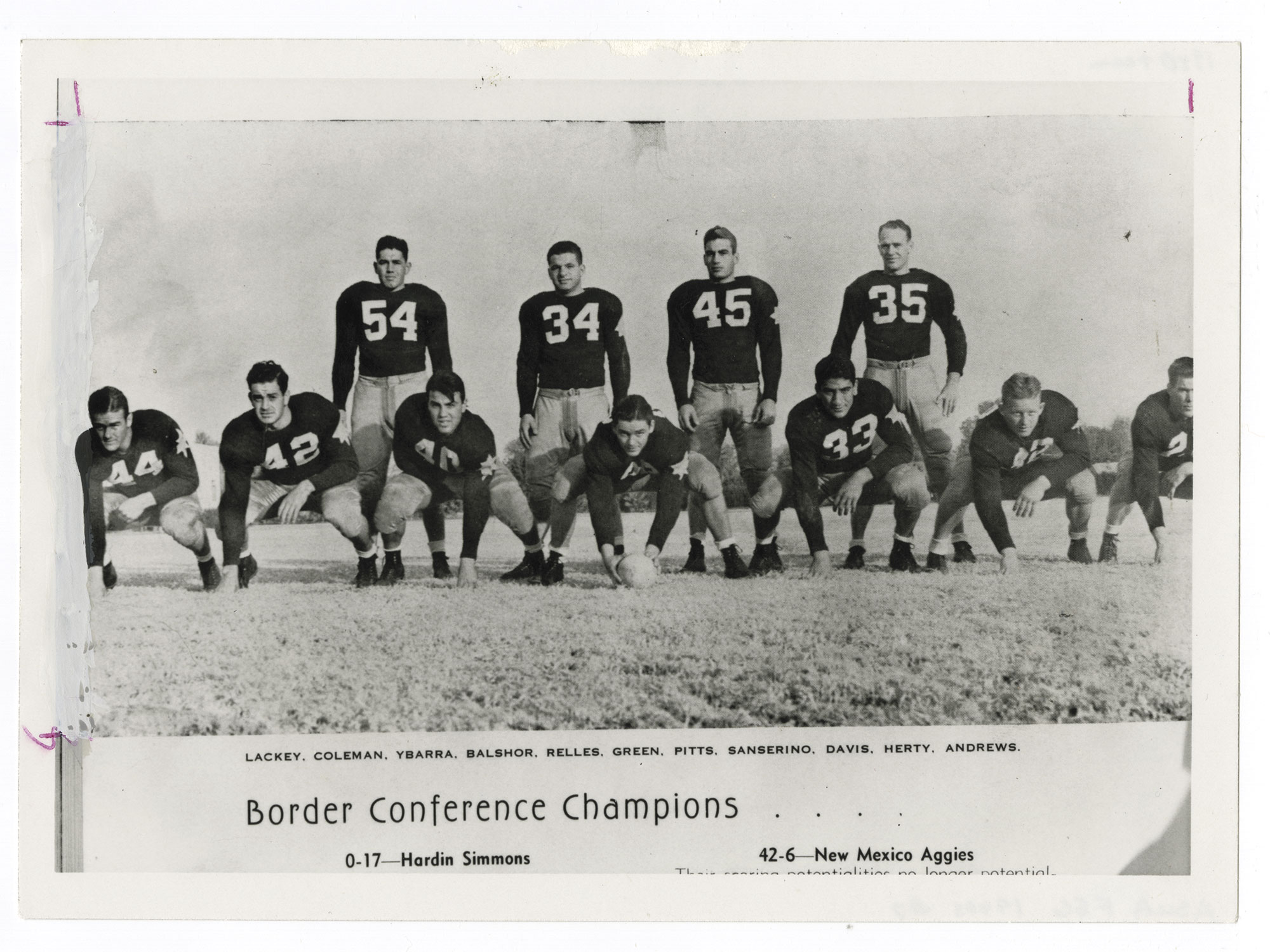 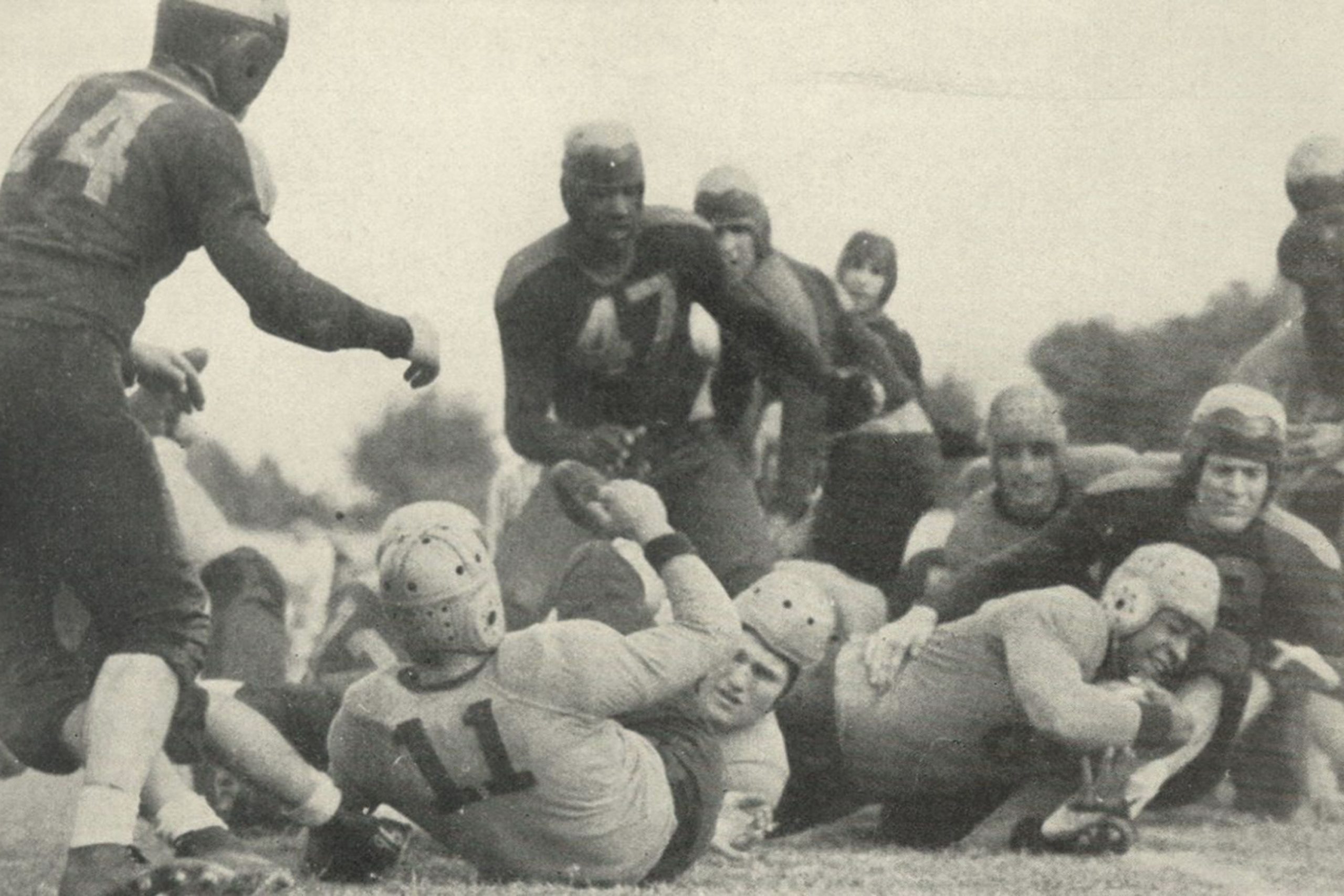 “At issue for the Border Conference was whether schools would accept a ‘Negro’ athlete on their squads, or compete against a rival school that had a Black athlete, or host a competition in which one of the schools involved had an integrated team,” writes Ryan Swanson in “A ‘Dumping Ground for Tramp Athletes’: The Rise and Fall of the Border Intercollegiate Athletic Conference,” in the Winter 2021 Journal of Arizona History.

In 1941, the conference approved an agreement akin to the Missouri Compromise, where African American players could participate in athletic contests held outside Texas but not within it. This Jim Crow segregation remained in place when the full schedule of conference sports resumed after World War II, but change was afoot.

Two African American football players, George Diggs and Morrison Warren, were left behind for ASU’s contest against UTEP in 1947. “There was a ceremony at the game honoring veterans, and ASU graduate manager Tom Lillico stated that it was too bad two Black players, who were veterans and fought to keep Texas and the rest of the nation free, had to be left home,” Arizona state historian Marshall Trimble says. “The microphone was taken from Lillico’s hand, and he wasn’t offered a chance to speak again.” 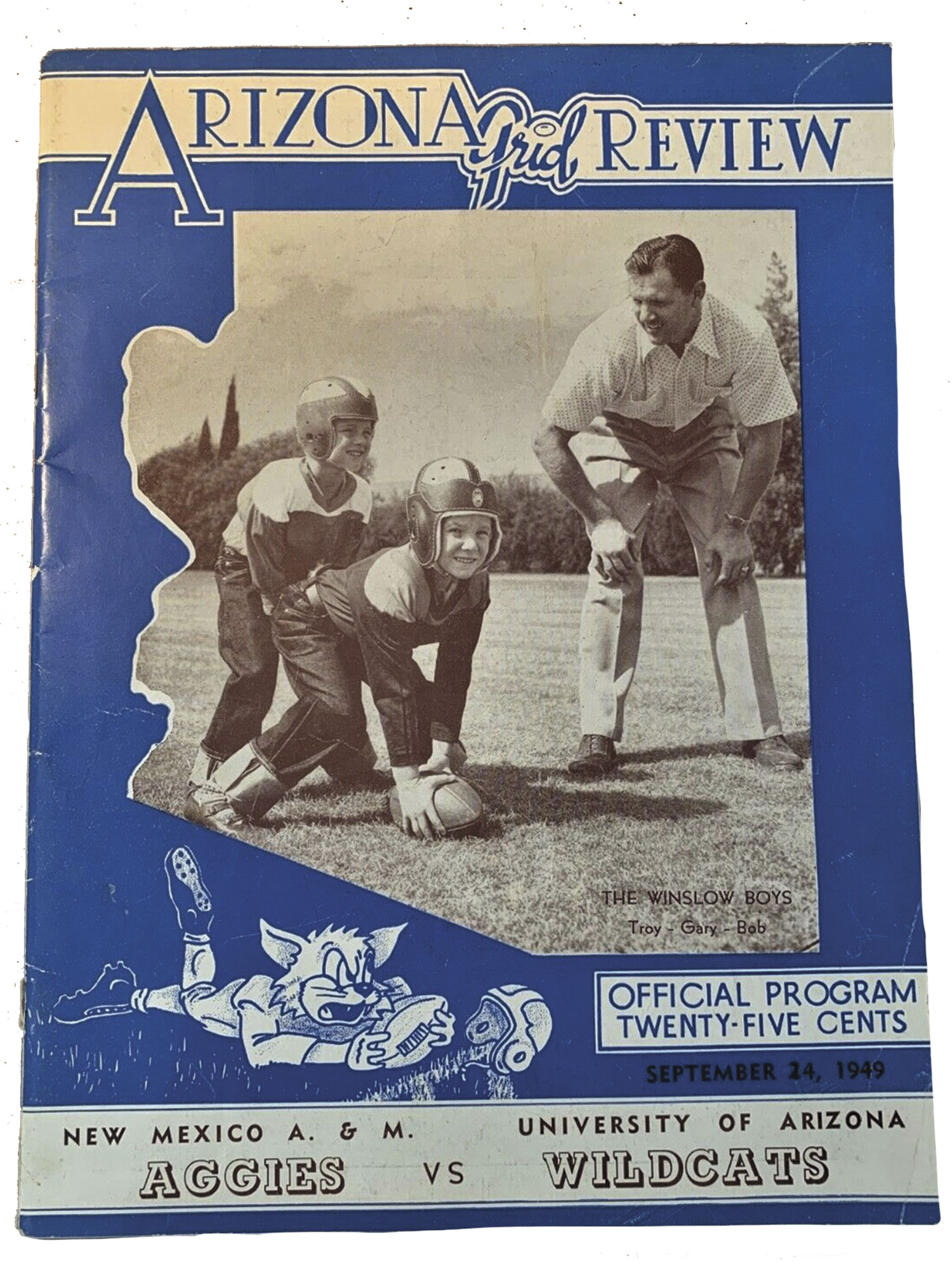 The Sun Devils lost the game, and the school’s acquiescence infuriated the campus. Soon after, ASU made it a policy not to play any team that refused to allow Black competitors. One by one, the Texas conference members accepted the Sun Devils’ stand. In 1952, the last holdout, TTU, consented to allow African American athletes from other teams to participate in Lubbock, but the move was half-hearted. The two schools never scheduled each other, and the Red Raiders bolted for the segregated Southwest Conference in 1957. “Meanwhile, ASU recruited Black students who were instrumental in making the school a major football power,” Trimble says.

But the Border Conference was on its last legs. UNM and NAU had already departed, and ASU and UA sought a more prominent sports profile. The two schools joined the Western Athletic Conference in 1962 and jumped to the Pacific 10 Conference in 1978. 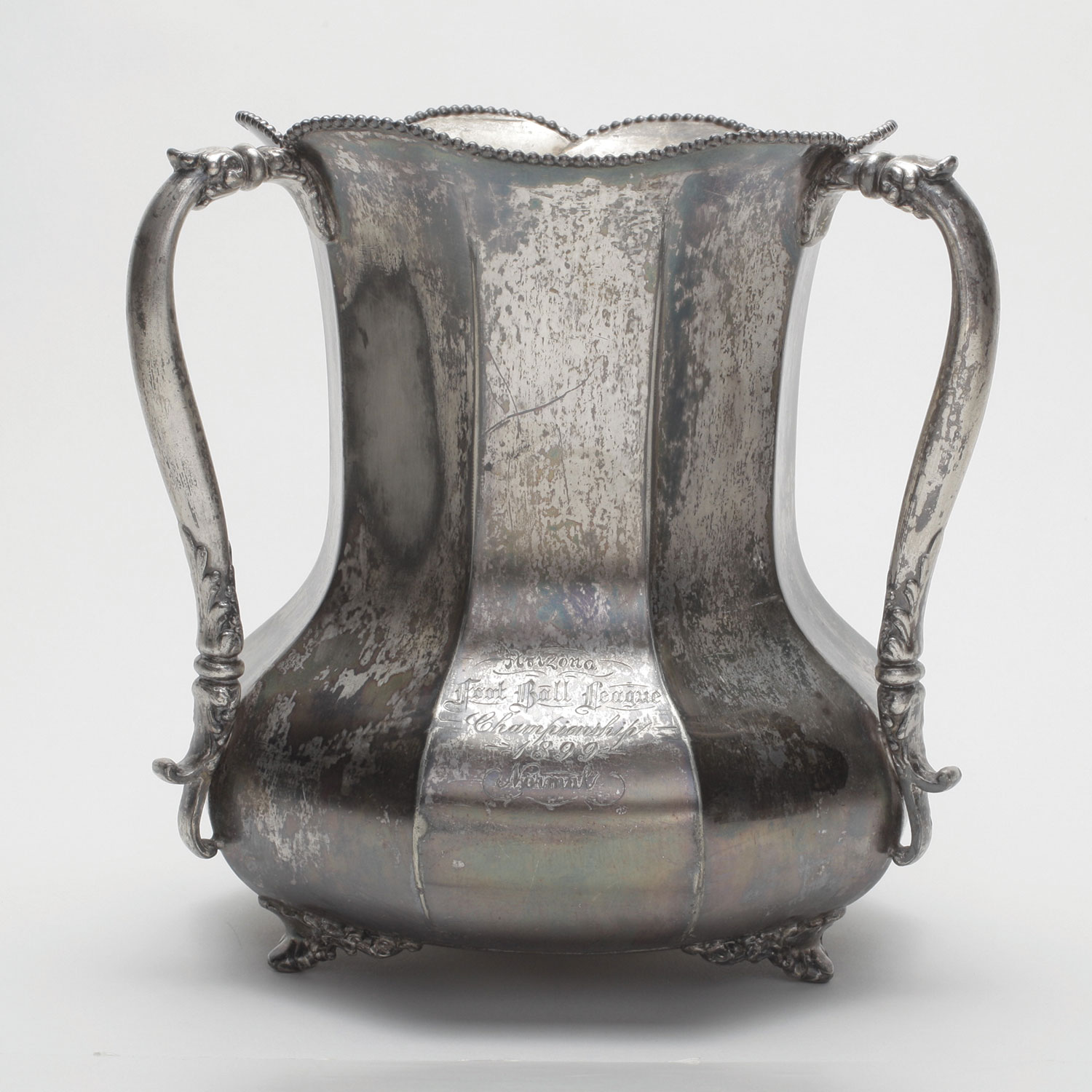 The ASU-UA in-state rivalry began in 1899, with the Tempe school winning 11-2 in Tucson. The victor received the Arizona Foot Ball League Championship Cup, the nation’s oldest intercollegiate rivalry trophy. The silver cup went missing until 1983, when it was rediscovered in a closet in the First Congregational Church of Tempe. Since 2001, the winner of the annual “Duel in the Desert” has received custody of the trophy. 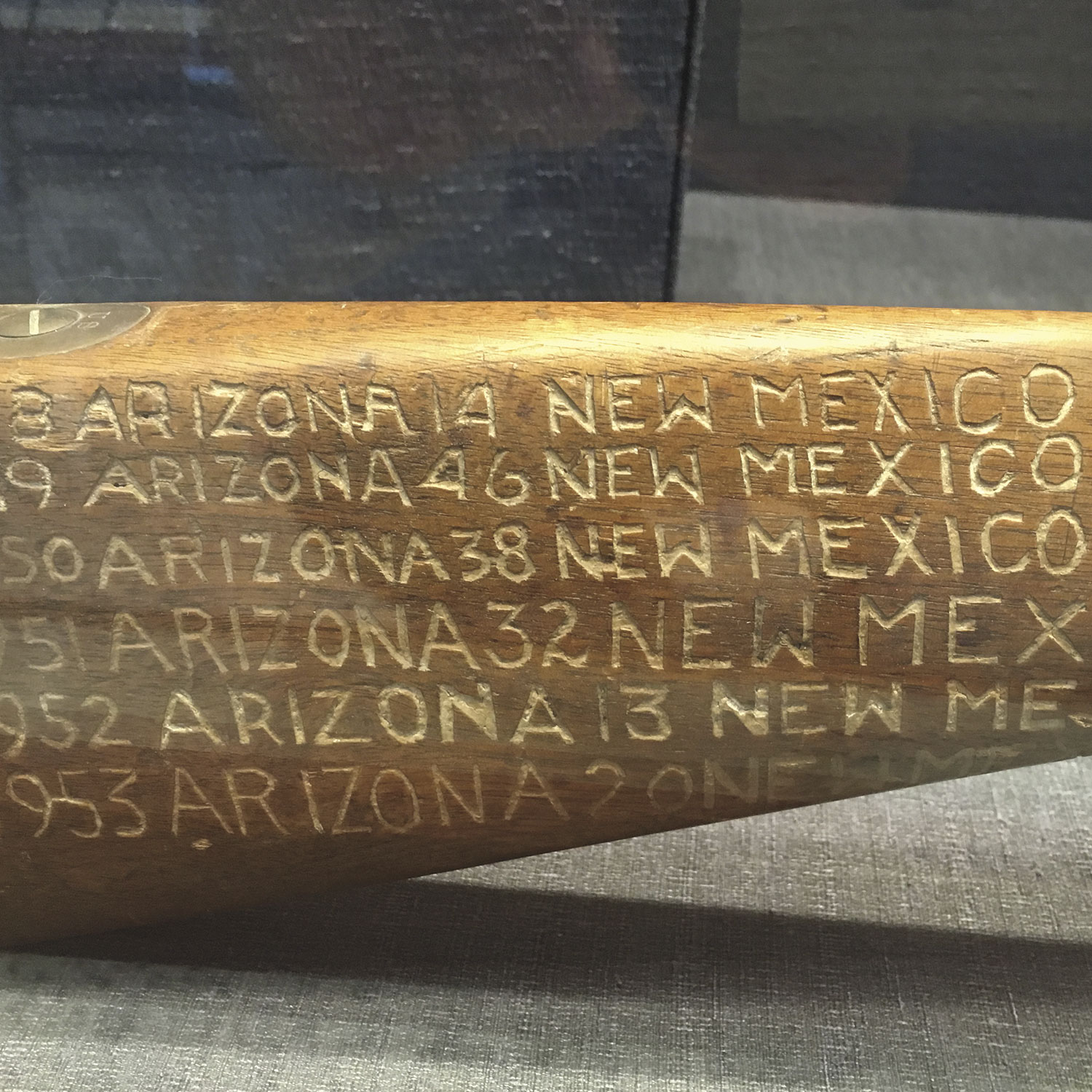 UA first played UNM in 1908, winning 10-5. Starting in 1928, the triumphant school received a rifle claimed to have been owned by frontier scout Kit Carson. It’s likely, however, that UA football coach J. F. “Pop” McKale simply grabbed an old ROTC rifle to create a trophy. The gun’s wooden stock was carved with the game scores for 40 years. The firearm, now displayed in Tucson, was retired in 1997 after being deemed inappropriate. 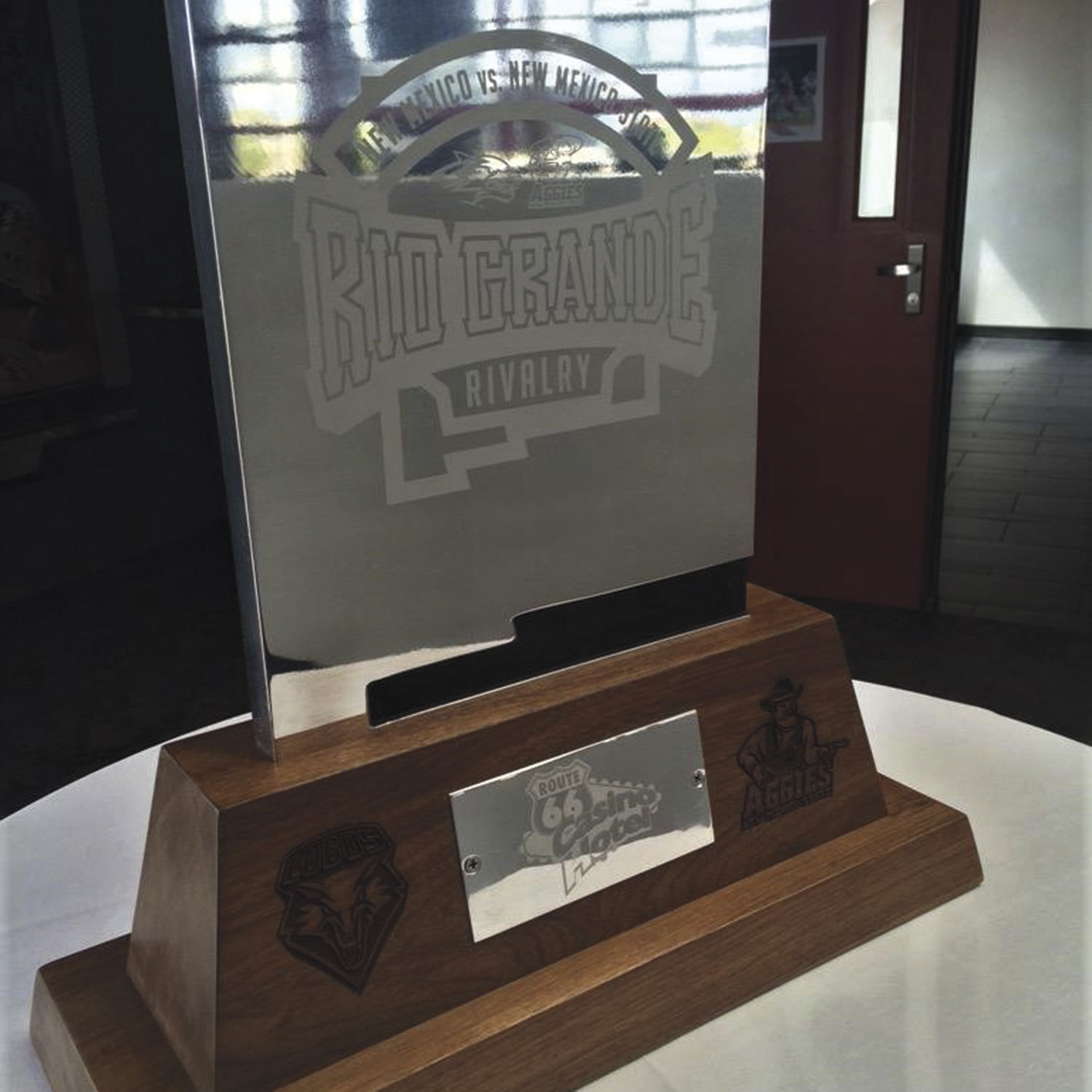 UNM and NMSU first met on the football field in 1894. Both schools agree that UNM beat their in-state rival, but the Lobos claim the score was 25-5, while NMSU has it as 18-6. Since then, the schools have played each other 111 times, including a 110-3 shellacking NMSU gave the Lobos in 1917. In 2020, the schools failed to meet on the football field for the first time since 1945 because of COVID-19.