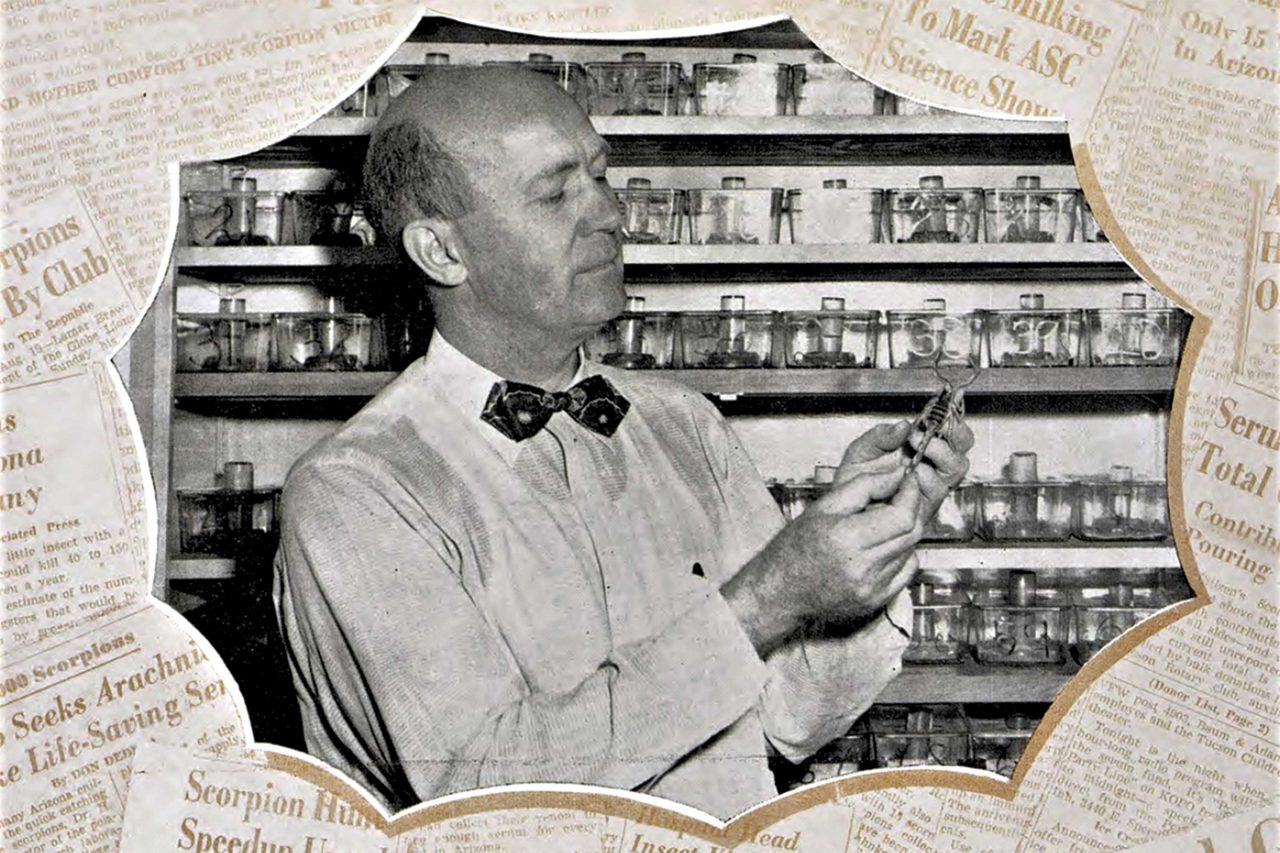 Long before Carl Sagan and Neil deGrasse Tyson made the leap to scientific celebrity, the Valley had a superstar professor in Dr. Herbert Stahnke. His showmanship in handling poisonous creatures riveted viewers of his local TV show and made for some harrowing pedagogy during his popular biology classes at Arizona State University from the 1940s into the 1970s.

“Stahnke had us sit according to our last names, so I was in the front row,” says former student Pam Dyer, now a retired financial officer in Mission Viejo, California. “I about had a heart attack when he let a rattlesnake slither to the floor. I stood on my desk to get away, [but] all he did was smile and reach out to get it up with some kind of tool.”

Stahnke’s use of live venomous props was more than a learning ploy, however. Ultimately, his research in venomous reptiles and arachnids solved a public health crisis in Arizona, and his name continues to be synonymous with deadly desert dwellers for Valley residents of a certain generation.

A Windy City native who graduated from the University of Chicago in 1928, Stahnke followed his fiancée, Lydia Stille, to Arizona when she became a private tutor at Jokake Inn. The couple married in 1929, and Stahnke worked as a science teacher at Mesa High School for 13 years. He spent his summers earning a master’s degree from the University of Arizona in 1935 and a Ph.D. from Iowa State University in 1939.

After hearing of a young child’s death following a scorpion sting, Stahnke selected the arachnid for his dissertation topic. He subsequently became head of the Division of Biological Sciences at Arizona State College, the precursor to ASU, in 1941, and three years later founded its Poisonous Animals Research Laboratory.

His research determined that scorpions had killed twice as many people as other venomous animals in Arizona over the preceding two decades, and were especially dangerous for infants and house pets because of their small bodies. Stahnke also found that treating their stings with morphine for pain relief – common practice at the time – increased the venom’s toxicity.

Most importantly, Stahnke created a scorpion antivenin in 1948, which was credited with saving many young lives, including that of Isadore Freely in 1951. “I was stung by a bark scorpion at the age of 6 months and had an extreme fever and convulsions,” she says. “About 20 years later, as an ASU student, I visited and thanked him. He remembered the incident.” The antivenin, which was injected into patients, was initially tested on animals, including cats, rabbits and rats. “It was truly a miracle medication,” says Dr. Frank LoVecchio, medical director of clinical research at ASU’s College of Health Solutions, who served as medical director of Banner Poison and Drug Information in the 1990s-2000s. “It saved lives, it avoided hospital admissions and it transferred a potentially ill patient into someone going home ‘normal’ in a few hours.” In Stahnke’s day, “the antivenom was given to hospitals for free. It was free to the patient,” LoVecchio continues. “Since that time, a private company has developed a scorpion antivenom, and the patient costs occasionally exceed $10,000 for administration.”

Stahnke needed to collect the venom from 150 scorpions to produce one dose of serum. He put out a call for 10,000 live scorpions to be brought to his facility or collection points around the Valley so that they could be “milked” for their venom. He offered up to 5 cents per arachnid, depending on the size and variety. Life magazine featured his “scorpion roundup” in 1951.

The Stahnkes lived in Tempe, their house easily identified by the two scorpions painted on their double wooden backyard gates. “So here are 8- to 11-year-old boys searching for scorpions at night with tweezers and jars, and I don’t recall a parent being concerned,” one of those boys, John Ewing, now a retired high school principal, says. “We would set the jars inside the Stahnke gate with our names on masking tape, and he would pay us when we collected the jars. Between finding pop bottles and selling scorpions, we were regular businessmen.” Stahnke’s college students also became arachnid hunters. “I collected scorpions for the good doctor when I was in his class,” Phil Hanson says. “As I remember, I did get extra credit. He had a great rapport with his students.”

Scorpions weren’t the only dangerous creatures that Stahnke sought for their venom. “I paid a friend to get a gunny sack full of rattlesnakes from South Mountain to give to Dr. Stahnke,” former student Rauna Benson says. “He didn’t pay for them, but I think they helped my grade.”

Stahnke’s work with poisonous animals landed him a television show, Desert Denizens on KAET, from 1953-1957. Episodes were filmed upstairs at Goettl Plumbing, on Indian School Road and 20th Street. “Probably every kid in town knew his name,” says Phoenix native Kay Butler, who graduated from Saint Mary’s High School. “Phoenix had only one channel, so we watched everything broadcast. He demonstrated ‘milking’ [creatures for venom] and all kinds of good science.”

Tempe native Joel Floyd collected scorpions and black widow spiders for Stahnke and recalled the professor’s creativity in his public lectures at ASU. “He showed a rattlesnake striking a balloon filled with hot air on a lab bench at the front of the lecture hall,” Floyd says. “It was to demonstrate how they cued on warmth to locate prey.”

Stahnke retired from ASU in 1972, his Poisonous Animals Research Laboratory closed in 1988, and he died in 1990. The popular venomologist was much more than a memorable teacher, having received many research grants and authored 23 books and 96 academic articles. But he’s most fondly remembered by Valley residents of a certain age for his dramatic presentations and the pocket change they earned turning over boards and rocks hunting for scorpions that contributed to his life-saving antivenin.

“Stahnke was a wonderful, patient man and taught me so much as a kid. He was a national treasure,” says Rosalind Hussong, a retired psychologist. LoVecchio agrees. “If there was a local ‘Nobel’ prize for venous animals, it should be named after him.” 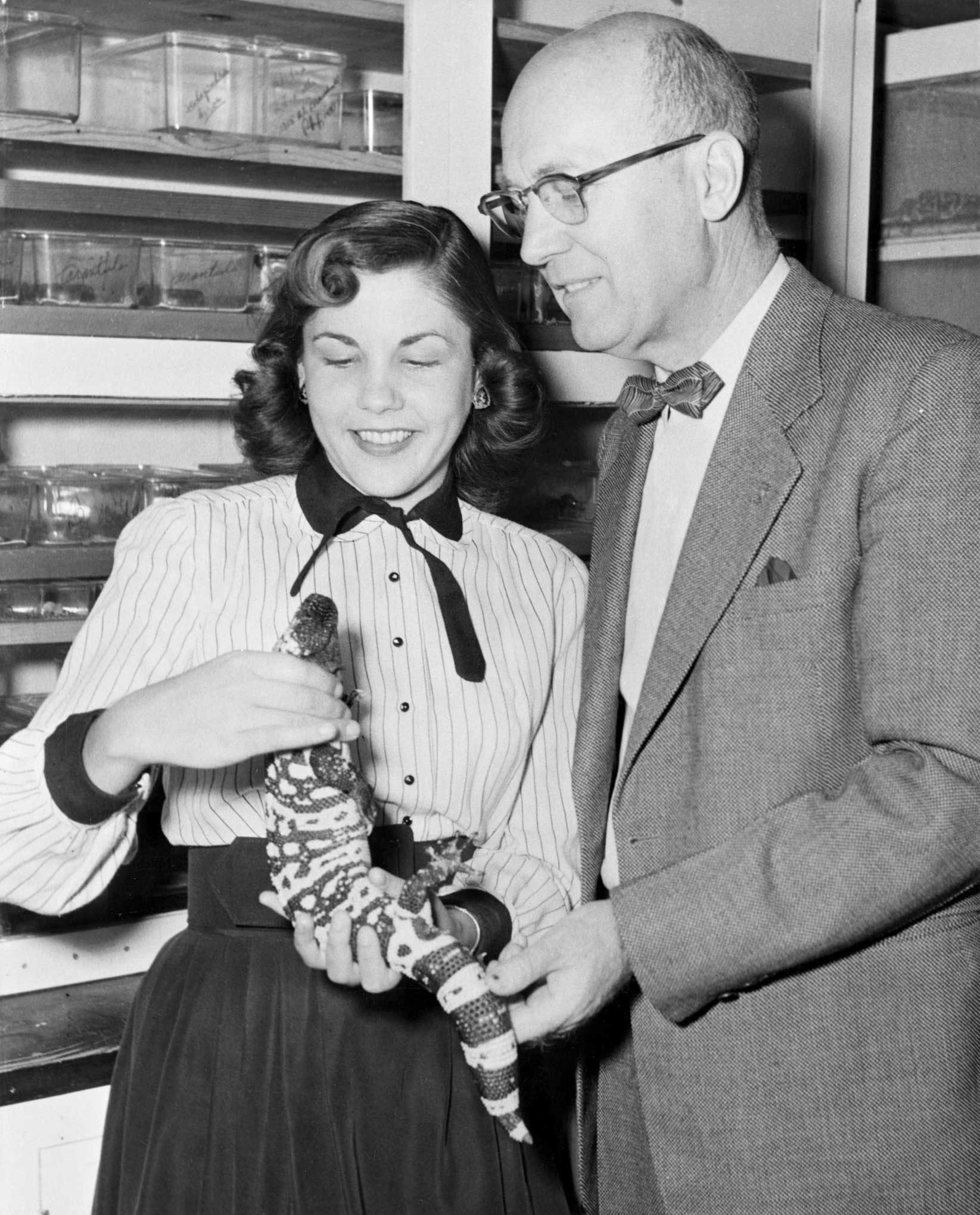 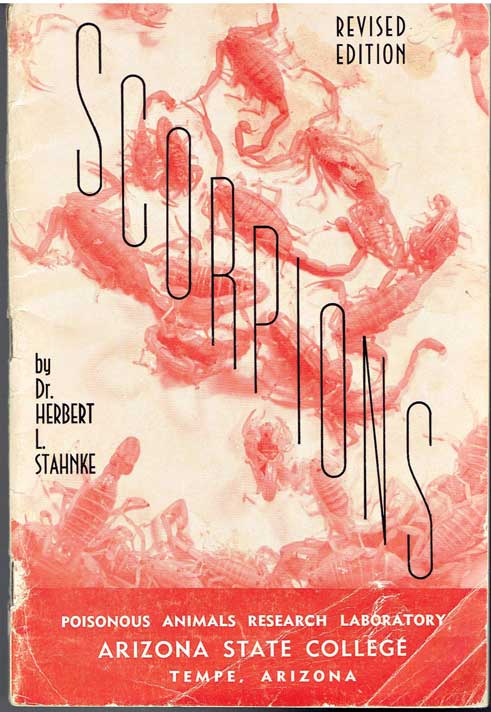