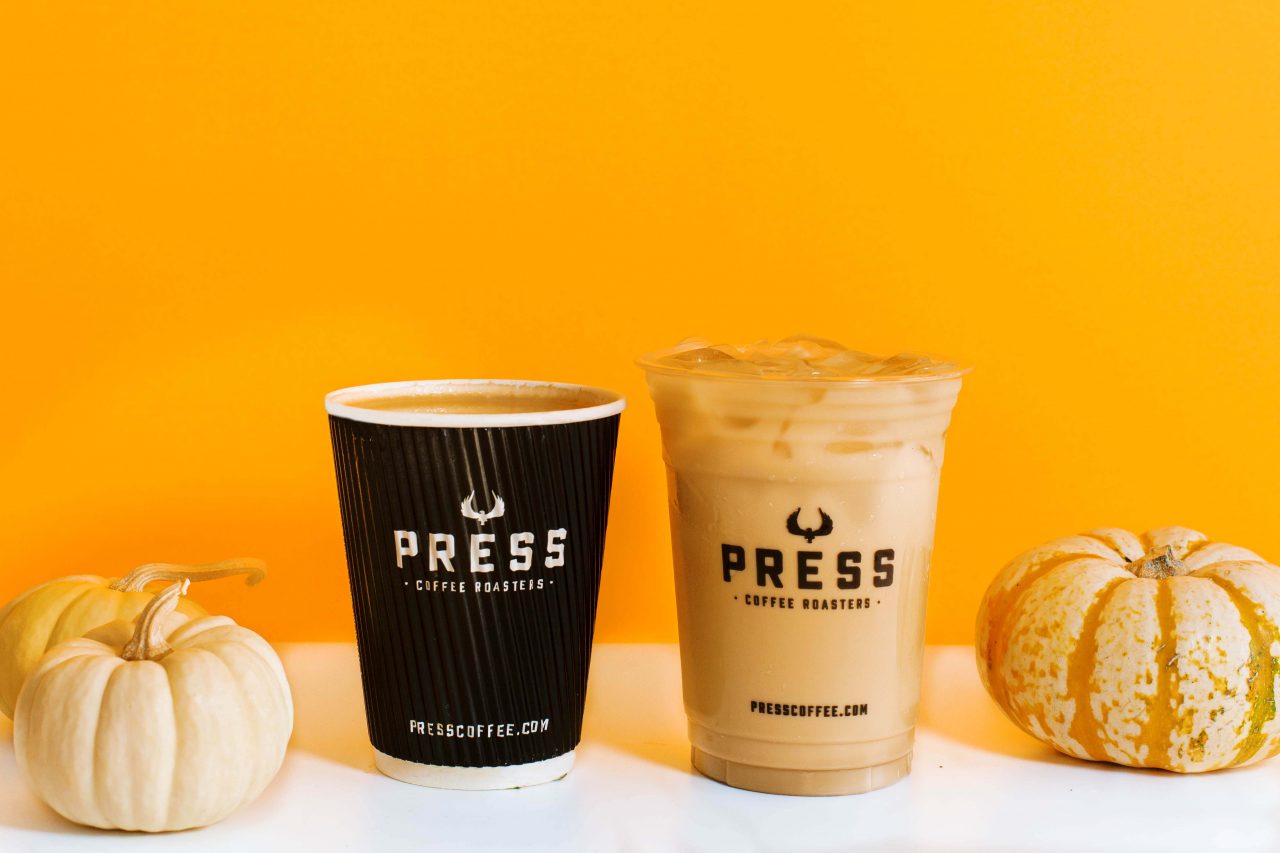 PSL Alert: You don’t have to hit Starbucks for your autumnal coffee fix. This year, respected local coffee shops like Press Coffee and Peixoto Coffee are getting in the spirit with seasonal offerings. Press’s first pumpkin spice latte will be served at all nine of its locations, including the outpost opening this Friday, October 8, in Downtown Phoenix. Peixoto’s buttered pumpkin latte comes heaped with marshmallow fluff from locally owned marshmallow café Toasted Mallow. You can also get a sweet potato pie latte with the same marshmallow treatment (vegan marshmallows can be substituted at no additional cost).

Minnesota Transplant: Minnesota-based Phillips Distilling Company is test-marketing an icy innovation in the Land of 10,000 Lakes and here in the Grand Canyon State. Cubist Freezer Vodka was tailormade for vodka sippers who prefer their tipples ice-cold. It comes in a bottle that uses thermochromic ink technology to turn the bottle label blue when it’s at the perfect temperature for serving. “Until now, no spirits maker could make the claim that they produce a vodka with a commitment to cold throughout the entire process to preserve the integrity, purity and taste of its vodka,” says senior brand manager Jeff Twomey. “Our fresh, bold and confident bottle design gives vodka drinkers a fun new way to get together and celebrate every day or milestone occasions with friends and family.” Pick some up for your next martini, greyhound or Moscow Mule.

Pipe Dreams: Valley favorite Organ Stop Pizza made national headlines last week when its resident organist, Brett Valliant, was named Organist of the Year by the American Theatre Organ Society. “Brett is an absolute crowd favorite because of his ability to play almost anything requested by our guests,” says OSP co-owner Jack Barz. “He is amazingly talented and equally as humble and kind. He never hesitates to sit with guests and tell them about our world-famous organ and what it’s like to play it daily. He frequently spends extra time explaining and demonstrating the remarkable instrument to anyone who expresses interest, and will sometimes give a complete demonstration and explanation of the organ during his performances.” Valliant began working with OSP as a guest artist in 2015 and joined the eatery full-time last year. The Wichita transplant has performed approximately 250 shows since his arrival in 2020. “Winning this award is an honor because of the very fine musicians who have received this distinction in years past,” Valliant says. “It’s humbling to be on the list of recipients for the ATOS award. Music is a universal language that helps communicate feelings and emotions where words leave off. Bringing the musical experience to so many people in one room every day is a pleasure for me, and seeing people leave the restaurant with a smile on their face makes my day. I am proud to be part of this esteemed community.”

Eligible Menus: New season, new menus at some of your favorite Valley restaurants. To wit: