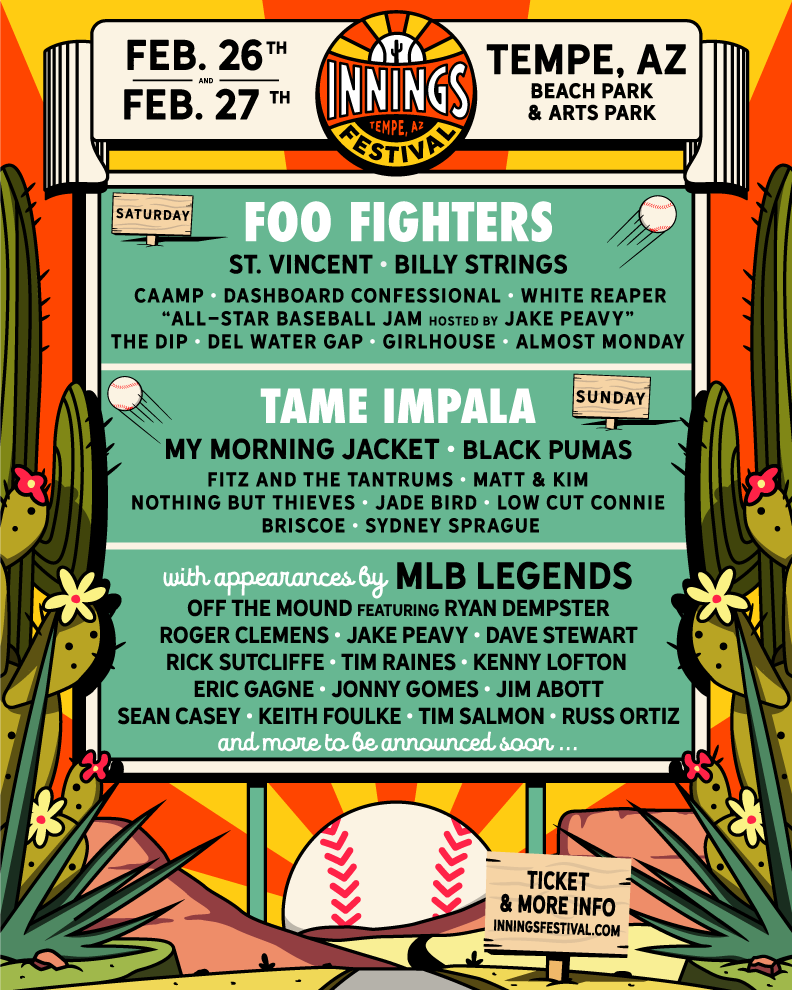 Audience-friendly flattery? Probably, but Parker is wasting no time for his next visit. Along with alt-rock favorite The Foo Fighters, Tame Impala will headline the two-day Innings Festival at Tempe Beach Park February 28-29, marking a long-overdue revival of the Valley’s indie-rock festival scene. St. Vincent, My Morning Jacket, Black Pumas, Billy Strings and more round out a star-studded bill.

Launched in 2018 by C3 Presents, the same promoter behind Lollapalooza, Austin City Limits and several other big-ticket music festivals, Innings is an odd but ingenious blend of live music and Major League Baseball star-gazing, coinciding with the Valley’s Cactus League season. Roger Clemens, Ryan Dempster and Jim Abott lead a gaggle of retired MLB greats who will be on hand to sign autographs and mingle with attendees.

Also of interest to Valley music fans: Arizona’s leading homegrown festival, M3F, will announce the lineup of its 2022 show this week. Circle back to The PHiX on Thursday morning (October 6) for all the details.