Ghost stories often take a backseat around campfires in Northern Arizona to a local mystery that’s gone unsolved for 87 years. The enigma involves Everett Ruess, a young artist who described the canyonlands of the Four Corners region as having “such utter and overpowering beauty as nearly kills a sensitive person by its piercing glory.” Ruess’s quest for self-discovery involved conveying the landscape’s stark magnificence in his art and writing while exploring this remote country.

But just shy of his 21st birthday during the Great Depression in 1934, he vanished while on a solo excursion near Escalante, Utah, along the Arizona border. His body has never been found and his fate remains unknown, spurring a cultish legacy of film documentaries, books and songs. He’s even had a dinosaur, craft ale and art festival named after him. 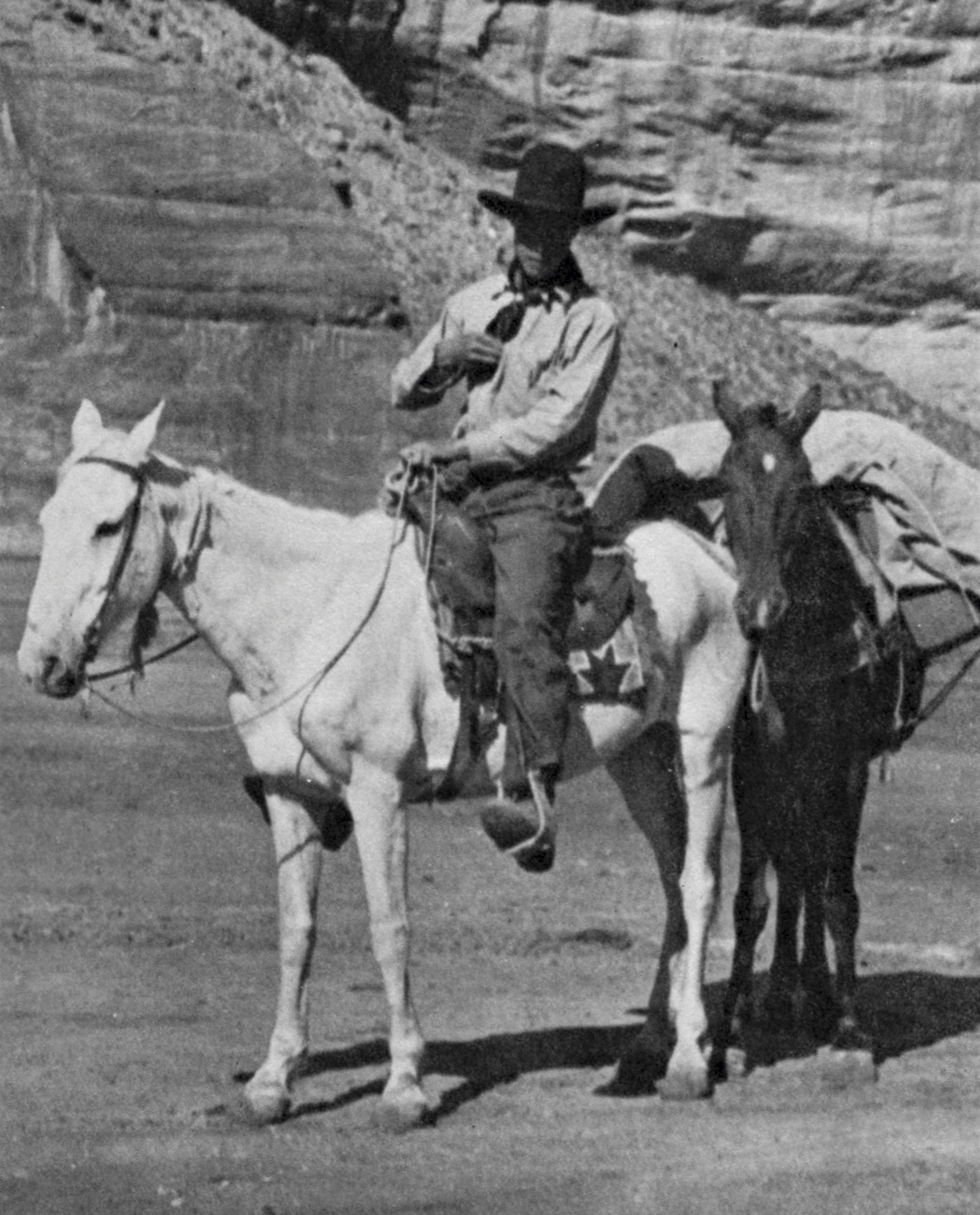 So how did this revered traveler seemingly disappear into thin air? There are some intriguing possibilities.

Everett was the youngest of two boys of Christopher and Stella Ruess. Ruess’s father was a Harvard graduate and worked as a Unitarian minister, while his mother was an artist and teacher. The family moved frequently until settling in Los Angeles in 1928 when Ruess was 14. He graduated from Hollywood High School in 1931 having found his passion. “It is my intention to accomplish something very definite in art,” Ruess wrote. To hone his watercolor and block printing skills, Ruess sought out the tutelage of accomplished artists. He swapped compositions with Ansel Adams and became friends with photographer Edward Weston, painter Maynard Dixon, and Dixon’s wife, photographer Dorothea Lange.

Ruess’s masterpiece would not be any one sketch, however, but his adventurous life. “I shall always be a lone wanderer of the wilderness,” he wrote. “God, how the trail lures me. You cannot comprehend its resistless fascination for me.” Ruess took his first solo trip to explore Carmel and Yosemite National Park in 1930 but grumbled about “the deer that were as tame as dogs, almost.”

In quest of wilder country, Ruess visited Arizona three times, starting in 1931. He hitchhiked from Los Angeles to the Four Corners, a region seldom explored because of its rough terrain and paucity of water. Becoming intimate with Monument Valley and its inhabitants, he swapped art for supplies at trading posts, assisted archaeological expeditions and lived among the Navajo and Hopi, taking part in their ceremonies. Mostly, though, this romantic figure wandered alone wherever his spirit drew him, reveling in the scenery and ancient ruins. He wrote numerous letters, painted landscapes and relied on his parents for financial support. 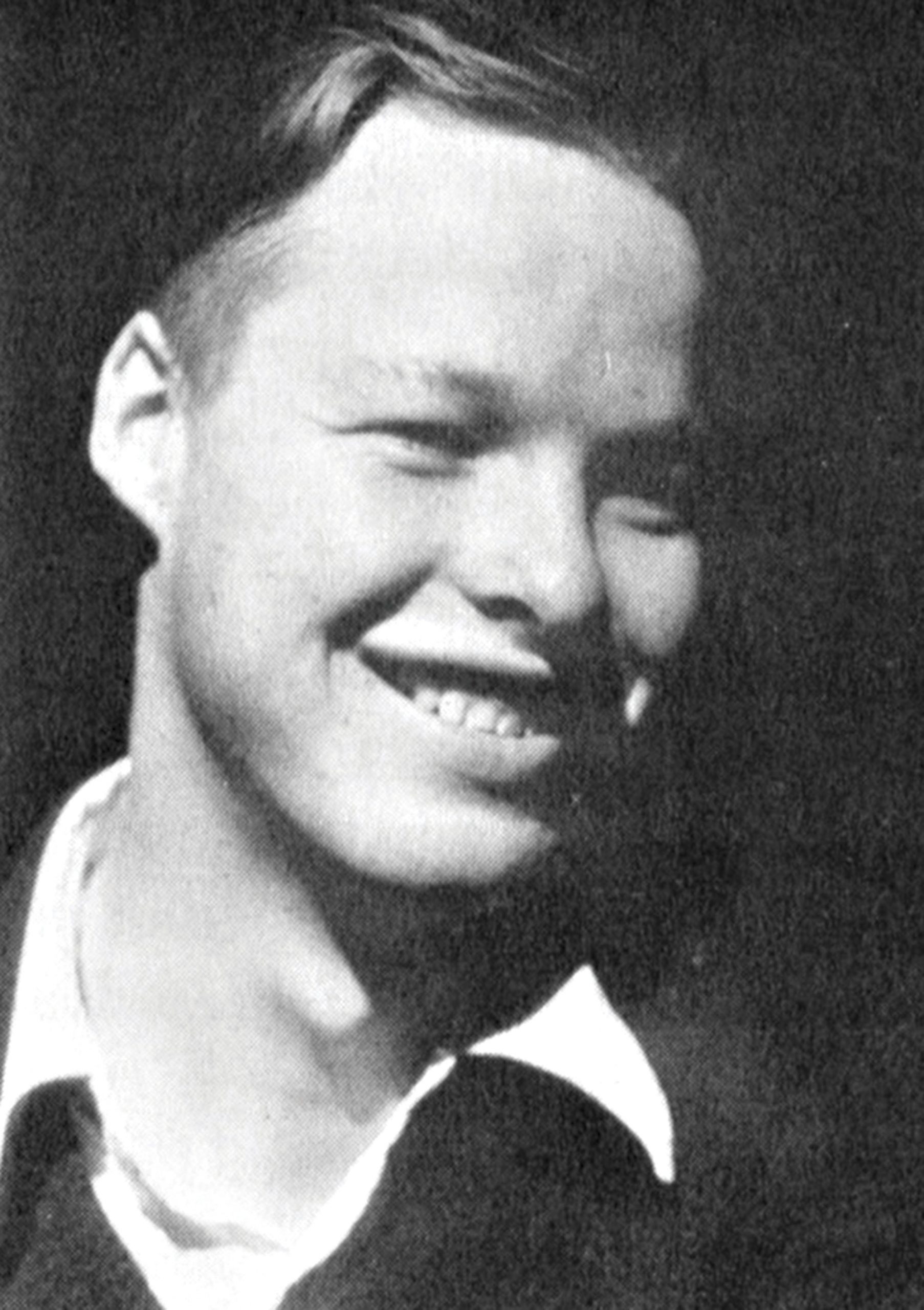 Consumed by the rugged sandstone scenery, Ruess subsisted on spotted dog, a rice and raisin dish; survived near-deadly encounters with bulls, bees, snakes and poison ivy; and struggled to find water. “My last bath was on a clifftop in a water hole a yard across and 3 inches deep,” he wrote. But such deprivations never dissuaded Ruess from his treks. “Whatever I suffered in the months past has been nothing compared with the beauty in which I have steeped my soul. It has been a priceless experience.” 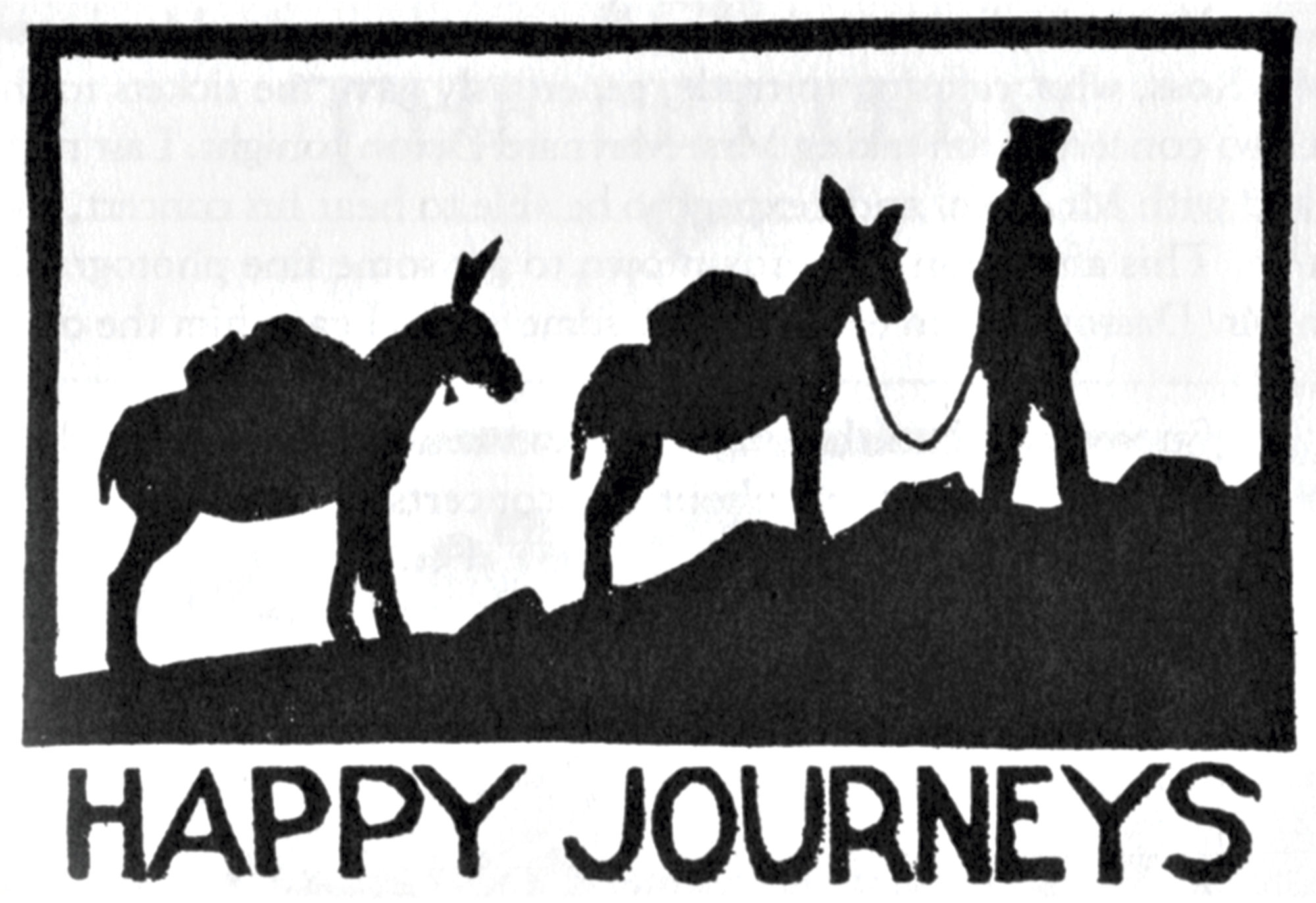 In late 1934, Ruess set out from Escalante, located about 60 miles north of present-day Page, Arizona, on a solitary two-month tramp with a couple of burros. Four months later, searchers located his animals and campsite in Davis Gulch, a site now underneath the waters of Lake Powell. But there was no sign of Ruess or his equipment.

His disappearance made newspaper headlines, and people have since looked in vain for him. Human remains thought to be Ruess’s have been found over the years, only to be disproved. Theories abound about his fate. Did he die in a hiking accident, flash flood or quicksand? Was he murdered by cattle rustlers or outlaws? Did he establish a new identity and live elsewhere? We’ll probably never know for sure.

Some think that solving the mystery is missing the point. By answering the siren’s call of the Four Corners area, Ruess helped change its perception as a wasteland, and he has been compared to naturalist John Muir. Ken Sanders, a Salt Lake City bookstore owner who specializes in rare works and is a noted authority on Ruess’s life, says what’s important is that Ruess’s essence lives on, affecting an ever-growing legion of acolytes. “Everett’s passion for truth and beauty has reached deep into our hearts and psyches,” he says. “Any search for his remains is offensive to his spirit and his love of
the wilderness.” 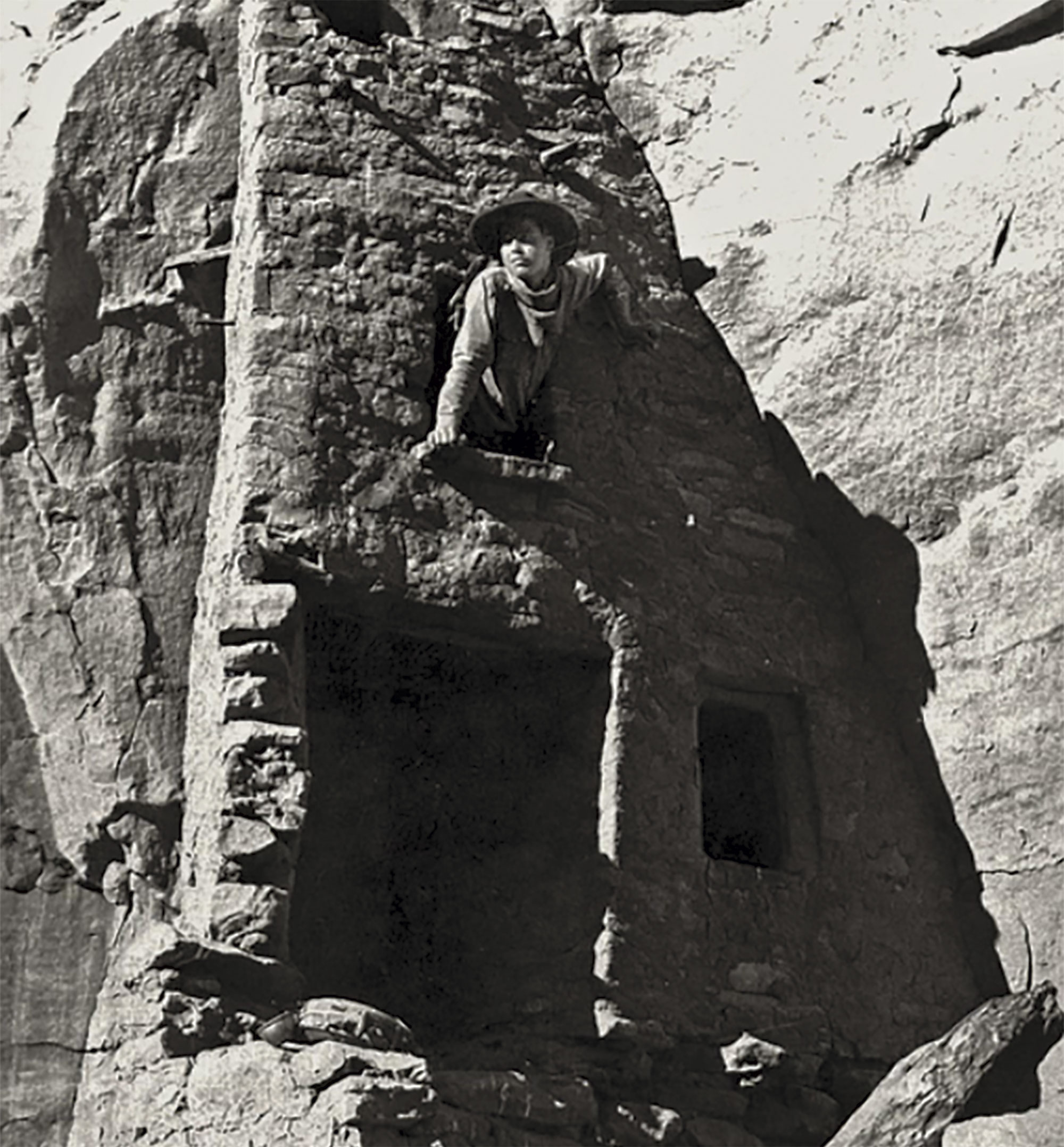 Musician Dan Bern was moved by Ruess’s deep spiritual connection to the land and how he communicated it. Bern transformed the young artist’s words – published posthumously and available at everettruess.net – into lyrics in his album, Wilderness Songs. “There’s beauty in nature if we only took the time and energy to see it,” Bern says of Ruess’s influence. “We stare at our phones as if there are answers there while walking by the true beauty, which is a reflection of our own souls.” 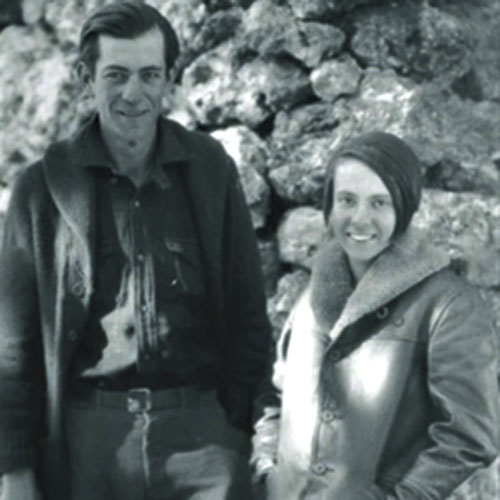 On their honeymoon in 1928, the couple attempted to run the Colorado River through the Grand Canyon in Glen’s homemade boat, a feat which would have made Bessie the first woman to do so. After hiking the Bright Angel Trail to the South Rim for supplies, they continued downstream. Eighteen days later, their boat was found intact. Searchers never found a trace of the couple. 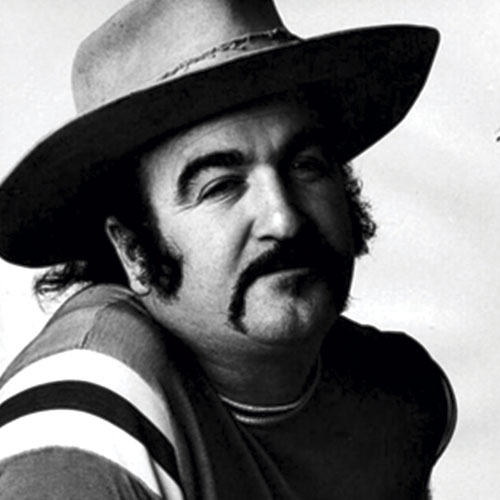 In 1969, the California singer-songwriter, backed by the famed Wrecking Crew, released his debut album, U.F.O., singing about aliens and a ghost town in Arizona. Six years later, Sullivan stopped in Santa Rosa, New Mexico, while traveling Route 66 from Los Angeles to Nashville. He checked into the La Mesa Motel and was never seen again. His VW bug was recovered outside of town. 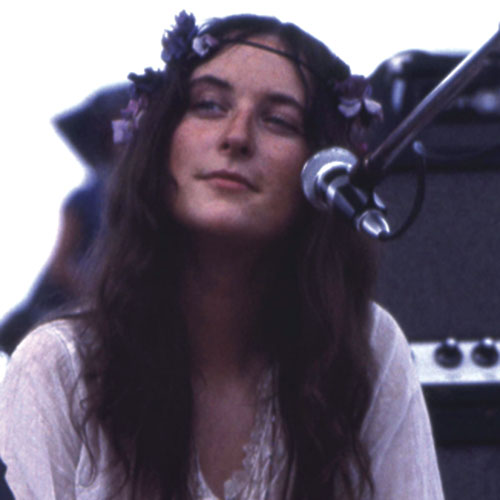 The Scottish vocalist and percussionist was a member of The Incredible String Band from 1969-1972, performing with the group at Woodstock in 1969. She continued her musical career in England, including an appearance at a Scientology benefit concert. McKechnie later moved to California and reportedly was last seen hitchhiking across the Arizona desert in 1987.